Accessibility links
Under Trump Rule, Nursing Home Residents May Not Be Able To Sue After Abuse The Trump administration is proposing to replace an Obama-era rule that would have made it easier for nursing home residents to sue for negligence or abuse. 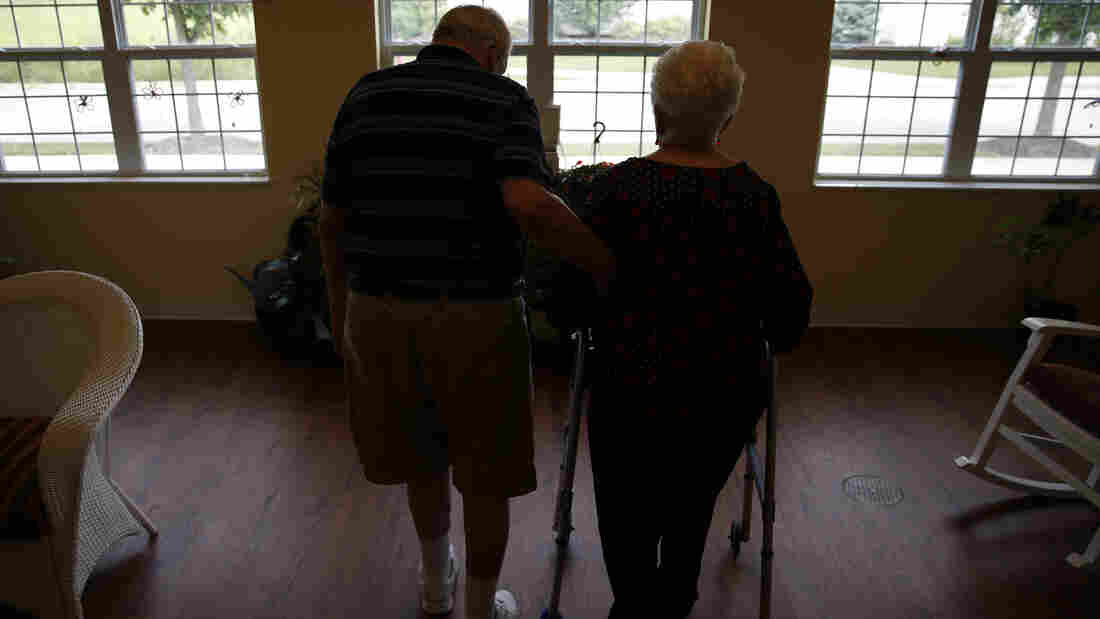 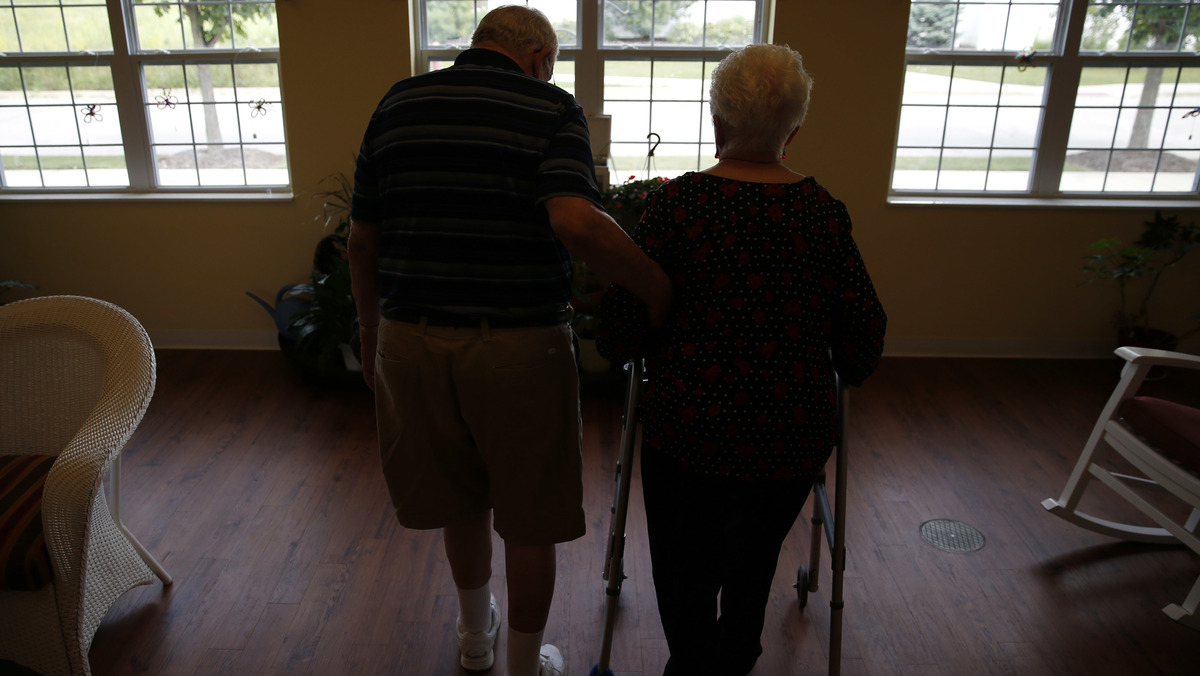 New nursing home residents are frequently handed an agreement to go to arbitration instead of suing if something goes wrong.

That is because new nursing home residents are frequently handed an agreement to go to arbitration instead of suing if something goes wrong. But Wendy York, an elder law attorney, says that being admitted to a nursing home is often a traumatic event and not a good time for making decisions.

"You're recovering from a major surgery. You're sick. And you have someone pushing 50 pages in front of you to sign," says York. "You just start signing where they tell you to sign it. You don't have the ability to concentrate, read or even comprehend what you're signing."

You don't have the ability to concentrate, read or even comprehend what you're signing."

That was true, she says, of her client Edward Winchell. He didn't receive that stack of papers until he had been in the nursing home a few days. Records show that he had been receiving the opioid Dilaudid during that time.

One of the many papers that Winchell signed was an agreement to go to arbitration if he ever had a dispute with the nursing home. This was the kind of process that the Obama administration was trying to end. Winchell — who was 60 at the time — was at the nursing home to rehab from a broken hip. But soon after he arrived, he acquired an intestinal infection.

"It's the type of infection that if you quickly identify it, it's easily treatable," says York.

But she says it wasn't treated. After 10 days, it became so bad that Winchell called 911 on his own cellphone. He was taken to the hospital, where a large part of his colon was removed.

"It was so damaged that there was nothing they could do to save it," says York. And her client will suffer lifelong consequences.

"After he eats, it sounds like Saving Private Ryan is going off in his abdomen," she says, comparing the rumblings in his gut to the famous war movie. "And when he eats, he has to run to a restroom because everything he eats is just going right through him."

York tried to sue the nursing home. But because of the paper that Winchell signed, they're in arbitration instead. That means that no jury will ever hear his case. The parties hire a private judge and use a different set of rules that can be more restrictive than civil court. Studies also show that awards to plaintiffs can be as much as 35 percent lower.

But supporters of arbitration praise it for being more efficient. Matt Webb, senior vice president with the U.S. Chamber of Commerce's Institute for Legal Reform, says arbitration "is a system that is simpler, fairer and faster for all parties concerned."

The Chamber is backing the Trump administration's proposed rule. It would allow nursing homes to require new residents to agree to arbitration. If they refuse, they could be denied admission. Webb says that getting arbitration deals set up from the very beginning is crucial.

"Studies basically show that if the arbitration agreement's not done prior to a dispute arising, very few if anyone ever really agrees to go into arbitration at that point," says Webb.

The Trump administration's proposed new rule requires nursing homes to write these pre-dispute arbitration agreements in plain language and to verify that they've been understood by the resident and his or her family. This requirement isn't popular with either side. The nursing home industry thinks it's too vague. And Kelly Bagby, a senior counsel with the AARP Foundation, says that requiring plain language still doesn't make it fair.

The "plain language" requirement "gives with one hand the idea that it's transparent, and takes away with another by saying 'you don't have a choice but to sign this,' " says Bagby.

That's why 17 state attorneys general and 31 members of the Senate, all Democrats, have urged the Trump administration not to adopt the proposed rule. Bagby adds that arbitration procedures are generally more secretive than civil court. So they're not just bad for the plaintiff, "they're also bad for everyone else whose victimization could've been stopped if they'd have known that this was a bad facility."

The Obama administration's ban on nursing home arbitration agreements never took effect. The American Health Care Association, the main trade group for the nursing home industry, went to court and got a preliminary injunction. As for the proposed Trump administration rule that would replace it, Bagby says she expects more legal action if the rule is ever adopted. The Trump administration hasn't said when — or if — that might happen.