Accessibility links
Pamela Adlon Started Working At Age 9, But 'Better Things' Happened At 50 Adlon has four titles in the credits of the FX comedy series Better Things: actress, writer, director and producer. "I want to elevate the mundane ..." she says. "This is the way I live my life." 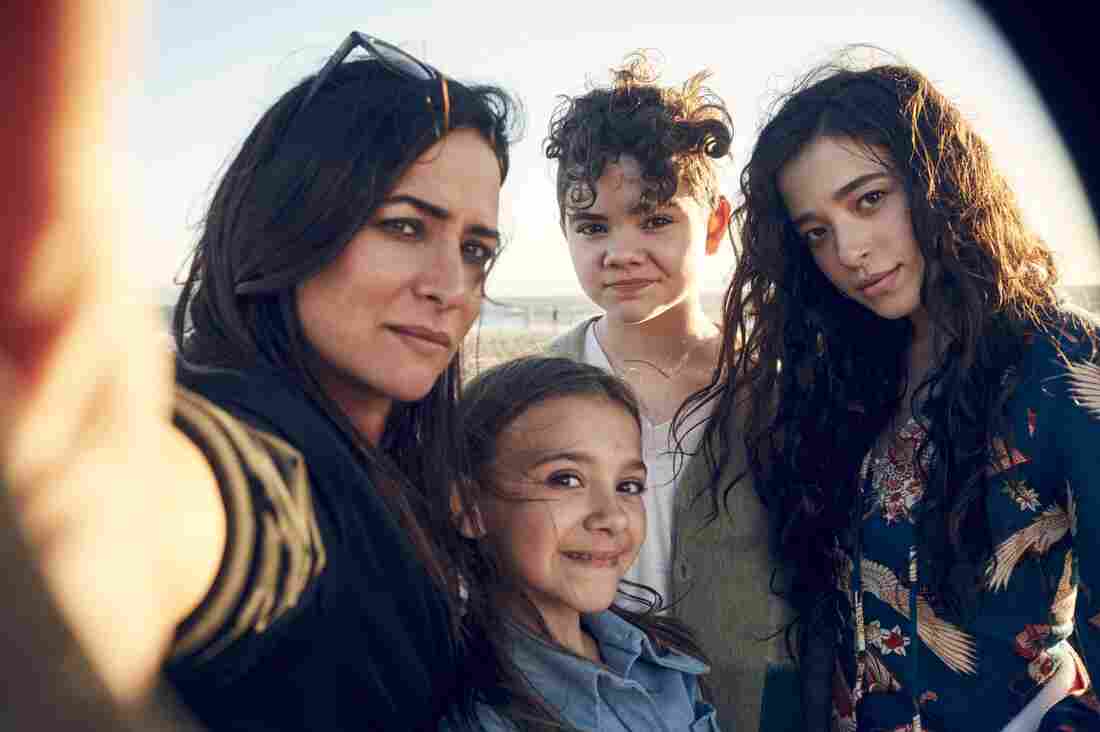 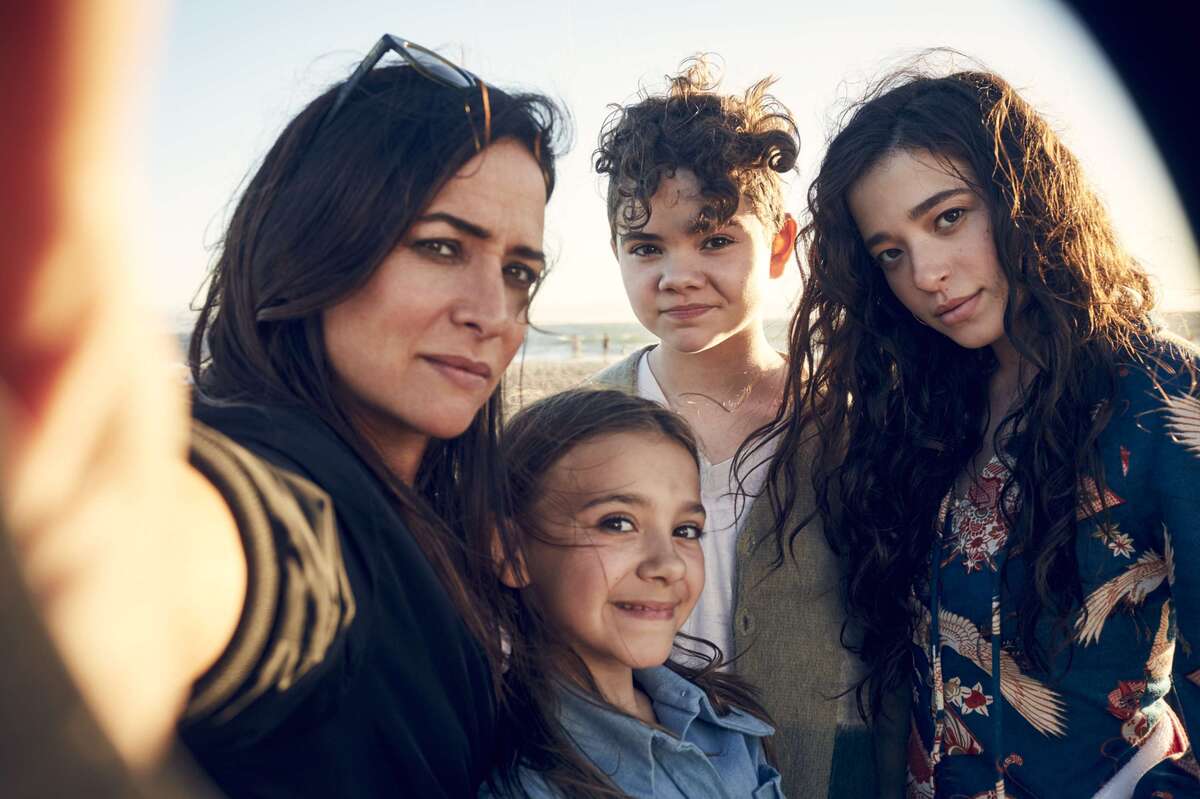 Actress Pamela Adlon has grown a successful TV career over decades, without ever becoming the stereotype of a tabloid starlet hounded by paparazzi. She starred in Californication, co-created Louie with comedian Louis C.K., and won an Emmy for her voice-over work as 12-year-old Bobby Hill on the animated show King of the Hill. Now she's doing the most personal work of her life, with the comedy, Better Things.

While some TV programs seem created by committee with a team of network executives, Better Things is 100 percent Adlon. "This show came out of my vagina!" she shouts in her familiar raspy voice.

When we meet Adlon, she is dressed exactly like her character on the show. Her team is doing the final touch-ups on season two, which airs on FX in mid-September. The first season won a Peabody, and Adlon just received an Emmy nomination for Outstanding Leading Actress in a Comedy Series. Her post-production offices are in a nondescript, brutalist concrete building that looks like it was suddenly abandoned 20 years ago. On the floor where Adlon works, there are half-dismantled cubicles and floppy disks scattered on the stained carpet.

"I've done photo shoots in here. I take people over and I threw the disks at the photographer," she says. But it's not as lowbrow as it looks. "Seth Rogen's right down the hall!" 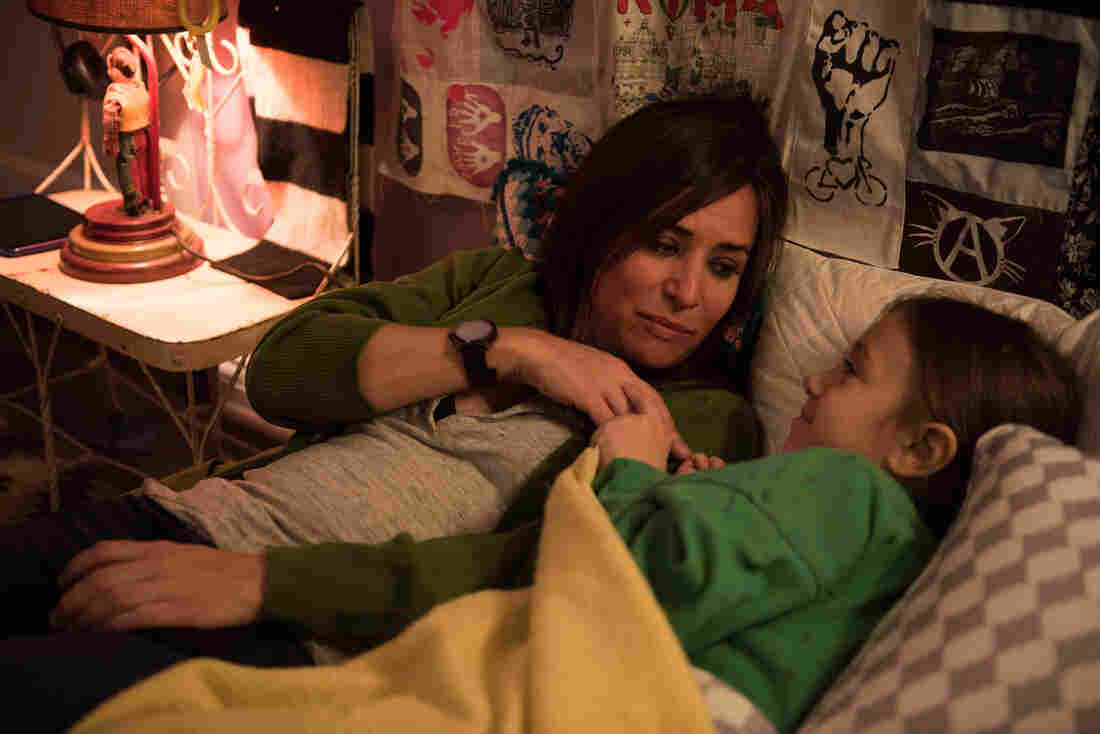 Some of the scenes in Better Things were inspired by experiences Adlon had with her own daughters. Adlon is pictured above with Olivia Edward, who plays Duke. Colleen Hayes/FX hide caption 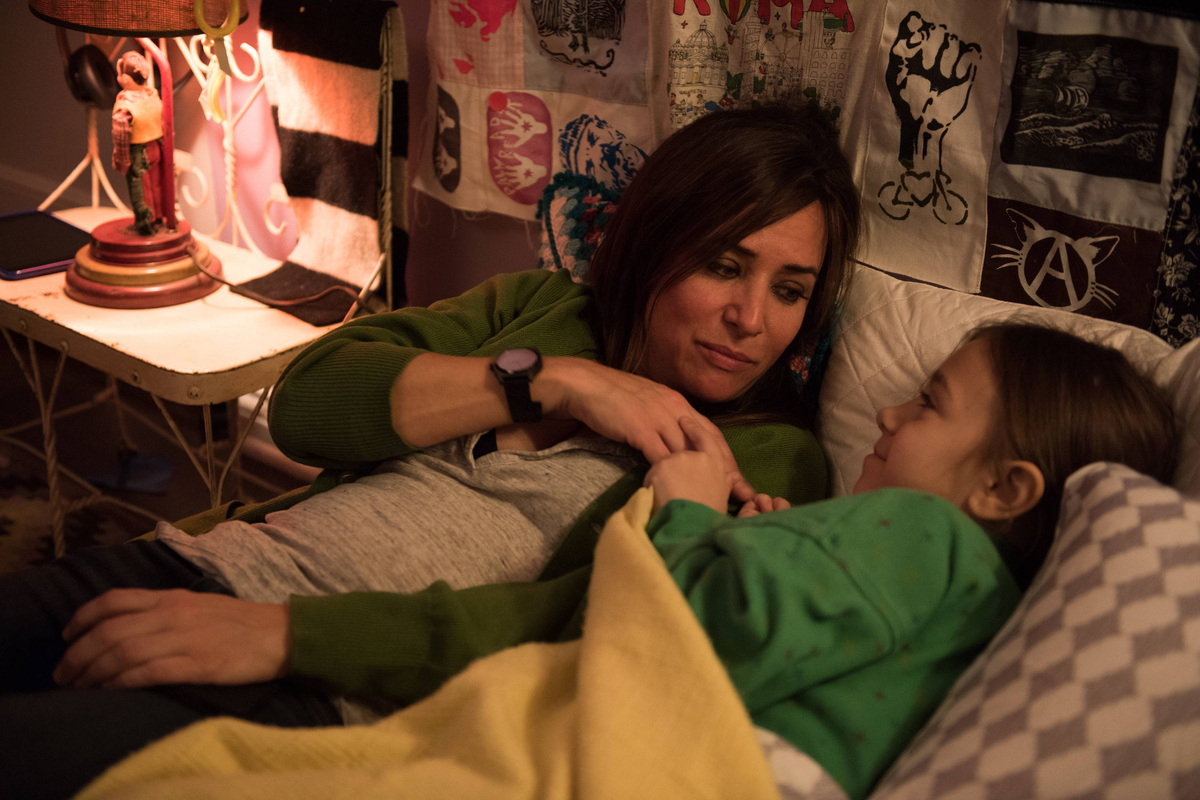 Some of the scenes in Better Things were inspired by experiences Adlon had with her own daughters. Adlon is pictured above with Olivia Edward, who plays Duke.

She leads us into the room where she's reviewing the season two premiere. As the episode begins, she explains the personal significance of each camera shot. Some reflect memories of her own daughters, scenes that she recreated with the actresses playing her TV daughters. Even the opening credits are in her own handwriting. "That's my favorite color, green," she says.

If the show feels authentic, that's because even the set decorations come from Adlon's real life. She points out art on the walls painted by her real-life handy man. Characters hold vintage glasses that Adlon collected over the years. After a line of dialogue from Adlon's TV mother gets a laugh, Adlon says, "That's what my mother says about my dad ... I'm really a fraud, because all I do is just document what my mother says."

Scene by scene, Adlon notes where the sound of a party should be louder, or when the music in a scene hits the wrong emotional note. She also provides a running commentary on the characters' inner lives. "There should be drinking games for my show that every time Sam takes a deep breath, when she gets a foot to her stomach, take a shot!"

When bagels arrive, Adlon insists that everybody stop and eat. Most of the people on her team are women. So are all of the leading actors on Better Things. That's still unusual in Hollywood. "I'm the boss of everything on my show and I still feel that weird woman thing," she says.

"Patty Scanlon who plays one of my friends in the show gave me a T-shirt last year that says 'CEO' and I was wearing it one day," says Adlon, "And some guy came up and was like are you the CEO? And I was like, 'Yes! What are you talking about?' "

I want to elevate the mundane. That's what you're seeing. This is the way I live my life.

Adlon is defying Hollywood expectations in other ways, too. "Why am I not on the scrap heap, why did everything start happening for me at 50?" she asks. "Isn't that crazy? You have to work very, very hard. I've been working since I'm 9 years old."

Better Things deals with the realities of aging, and motherhood, and friendship, in a subtle way. There are no cliffhangers, and few dramatic plot twists.

"I want to elevate the mundane," Adlon says. "That's what you're seeing. This is the way I live my life."