Accessibility links
Jerry Lewis On His Borscht Belt Childhood And The Lonely Work Of Comedy In 2005, Lewis told Fresh Air about his partnership with singer Dean Martin and how he honed his comic skills while working as a busboy. The comedian, actor and director died Sunday at the age of 91. 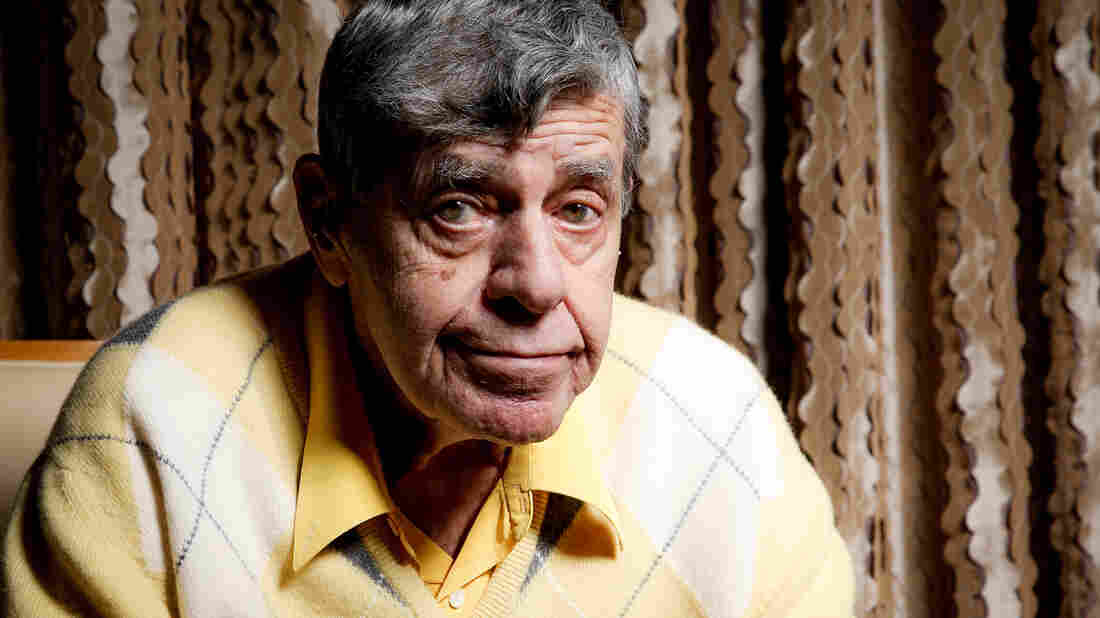 Jerry Lewis, pictured here in 2016, told Fresh Air that comics need a place where they can fail. "We had the [Borscht Belt] at the Catskill Mountains. We had Lakewood, N.J. We had vaudeville, burlesque. ... I mean, there were so many places for you to be bad. Today, kids don't have a hell of a chance." Rich Fury/Invision/AP hide caption 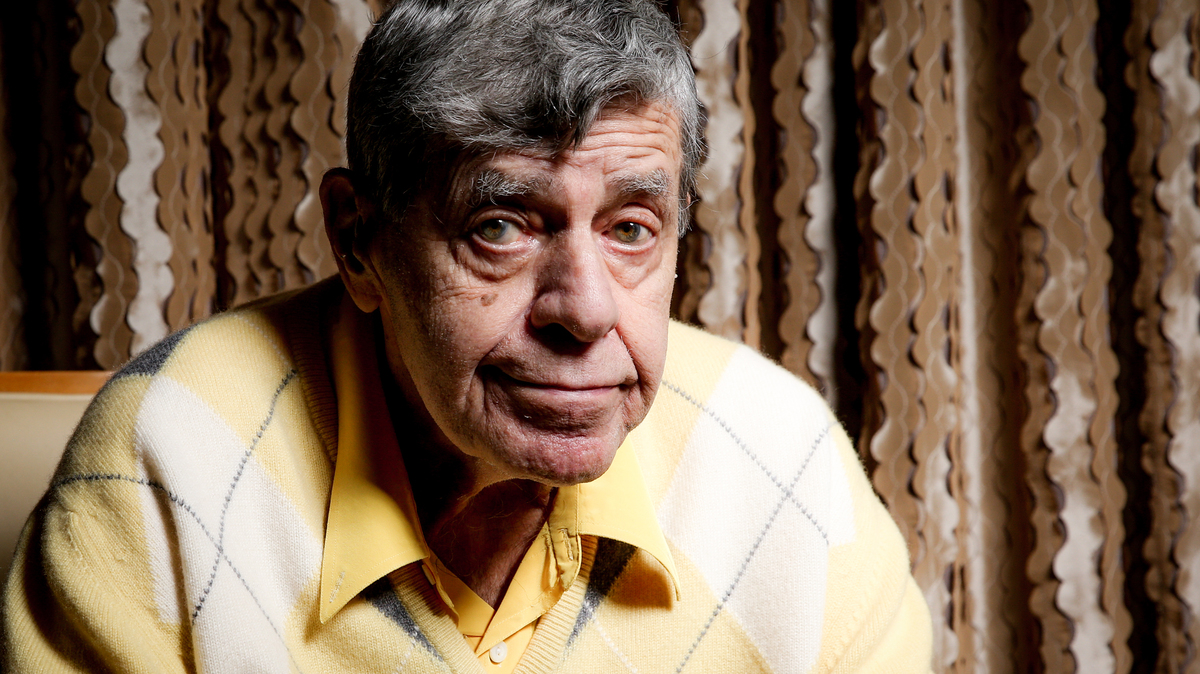 Jerry Lewis, pictured here in 2016, told Fresh Air that comics need a place where they can fail. "We had the [Borscht Belt] at the Catskill Mountains. We had Lakewood, N.J. We had vaudeville, burlesque. ... I mean, there were so many places for you to be bad. Today, kids don't have a hell of a chance."

Comedian, actor and director Jerry Lewis died Sunday at his home in Las Vegas. He was 91.

Throughout his childhood, Lewis' parents performed a vaudeville song-and-dance act at resorts in the Catskill Mountains, a circuit known as the Borscht Belt. He dropped out of high school to pursue his own career, and in 1945 he met singer Dean Martin. Together, they formed a nightclub act in which Martin was the sophisticated crooner, while Lewis did slapstick comedy as a bumbling busboy. The act was a hit, and Martin and Lewis graduated to TV and film, making 16 movies before a falling out in 1956. Afterward, Lewis found success as an actor, director and even a singer. His album Jerry Lewis Just Sings hit No. 3 on the Billboard chart, outselling any of Martin's recordings.

Lewis was perhaps best known for his split personality role in the 1963 film The Nutty Professor. He was also closely identified with the Muscular Dystrophy Association, and hosted its Labor Day telethon for many years.

I was the towel boy at the pool; I was a busboy in the afternoon — I served tea at 4 o'clock. My dad and my mom performed for this audience — they did four shows a week. My dad had a repertory company. And in order for me to function and be with my mom and dad, they wouldn't pay for me as part of the repertory company, so I worked as a busboy — either that or a towel boy or tea boy. But I made probably more money than anyone on the entire staff because I entertained everyone that I was dealing with. If somebody needed a towel, I do four or five minutes delivering it. And they loved it, and I got a tremendous, tremendous amount of experience doing that.

On comics needing a place where they can fail

Today, the young comics unfortunately have nowhere to go and be bad. We had the [Borscht Belt] at the Catskill Mountains. We had Lakewood, N.J. We had vaudeville, burlesque. ... I mean, there were so many places for you to be bad. Today, kids don't have a hell of a chance. You know, the only thing they have is maybe if they're chosen for a television sitcom and they see there's a wonderful comic potential, they'll groom them and help them.

On his partnership with singer Dean Martin

He knew when I was going to breathe. He knew when I was doing something that I wasn't really having fun at, and he watched me until he jumped in and saved me from a place I didn't want to be. How did he know that? I mean, I'm talking about the second or third night that we ever performed together, he knew when I was going to take a breath. It was an incredible relationship based on, my God — a comic is seeing someone else understand his beats and his rhythms. That's very rare in this life, and I had 10 magnificent theatrical years because he was brilliant at what he did. He was the most underrated performer ever in our business.

It was hardly possible to miss it, because the very essence of what I did as a physical clown came from all of the years of degradation and whatever else we went through before we got to our state. It's very important that it's there because it's not something I can get rid of. And I found that it was very acceptable by audiences. They like to know that the two of us had this wonderful loyal feeling about our upbringing, where we came from.

On how comedy could be lonely work

I'm doing a show in Boston around 1945. My wife is home with the children, and it's New Year's Eve. New Year's Eve in Boston and I'm watching all of the couples holding hands, embracing, putting their arms around one another. I'm watching all these people together and I feel totally alone on a night when you really want someone you love to be with you. It's very disconcerting, and you have to go out and be funny. Those are tough times, but you can't lick your wounds and you can't feel sorry for yourself. You have to go forward. Your commitment is to entertain that audience. They're not interested in your personal life that night. You have to commit and do it.

Molly Seavy-Nesper and Nicole Cohen adapted this interview for the Web.