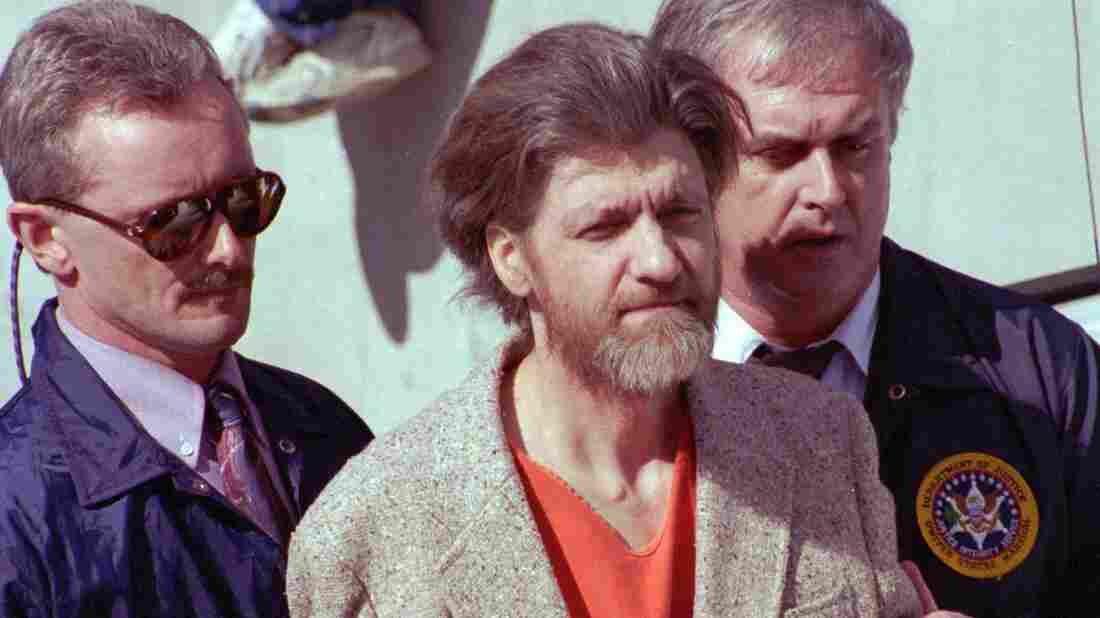 Ted Kaczynski is flanked by federal agents as he is led from the federal courthouse in Helena, Mont., on April 4, 1996. Kaczynski is now serving a life sentence in prison for the bombings. John Youngbear/Associated Press hide caption 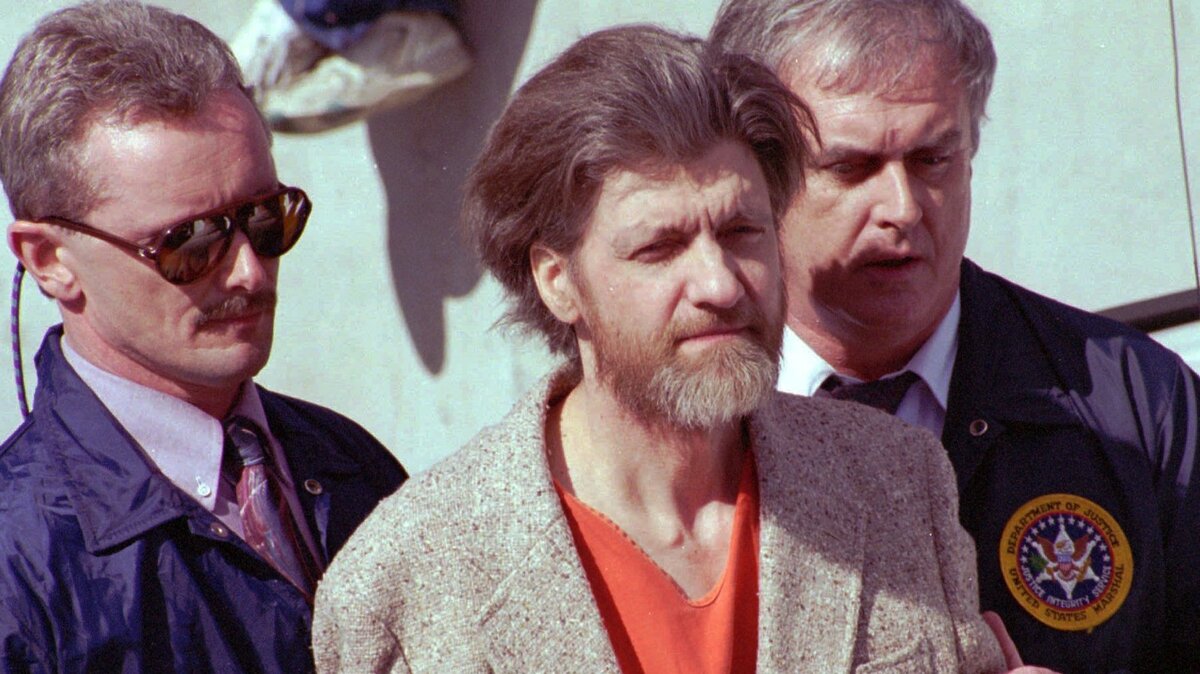 Ted Kaczynski is flanked by federal agents as he is led from the federal courthouse in Helena, Mont., on April 4, 1996. Kaczynski is now serving a life sentence in prison for the bombings.

On May 25, 1978, a package exploded at Northwestern University in Evanston, Ill., injuring a security guard. It was the first of a series of 16 bombings that would occur over the next 17 years, killing three people and injuring many others. The suspect in the case, a shadowy figure who frequently used the U.S. mail to send his homemade explosives, became known as the "Unabomber."

FBI criminal profiler James R. Fitzgerald began working on the case in July 1995. He remembers the Unabomber as a "criminal mastermind" who went to extraordinary lengths to erase any trace of physical evidence within his explosives.

FBI labs revealed, for instance, that the bomber ripped the skins off batteries to make them untraceable. He also avoided commercial glue and instead made his own epoxy by melting down deer hooves. "And, of course, no fingerprints, no DNA — nothing like that," Fitzgerald says.

But Fitzgerald and his colleagues did have one important source of evidence: In the 1990s, the Unabomber began sending letters about his crimes to the media and some of his victims. In 1995, he sent a sprawling, 35,000-word "manifesto" to The New York Times and The Washington Post, in which he explained why he believed technology to be evil and how society should disband the technological system and live in agrarian tribes.

Fitzgerald says the Unabomber's writings were a "pivotal factor" in cracking the case. He and his colleagues used them to help pinpoint the age and geographic origin of their suspect — evidence that helped lead to the April 6, 1996, arrest of Ted Kaczynski, an ideologically motivated hermit living in a cabin in Montana.

Kaczynski pleaded guilty to the bombings in 1998 and is now serving a life sentence in prison. Fitzgerald, now retired, is the central character in a new scripted miniseries on The Discovery Channel called Manhunt: Unabomber, starring actors Sam Worthington and Paul Bettany. Fitzgerald's book, A Journey to the Center of the Mind, chronicles his experiences as a profiler in the FBI.

On the role of a criminal profiler

A profiler is an individual, in most cases already in the criminal justice system, in law enforcement, who essentially looks for behavioral clues at a crime scene. We all realize the value of other forensic clues, such as fingerprints, DNA, hairs and fibers — you name it. But a behaviorist, or a profiler, looks at what the criminal did based on the actions at the crime itself. ...

In most cases, a profiler is looking at a case of homicide, where there are no living witnesses or victims. So it's his or her job then to take as many facts related to the ingress to the crime scene, the egress to the crime scene, what happened in between, how the victim was selected, and try to piece together those puzzle pieces to, in fact, determine why the crime was committed and by what kind of person.

On developing a profile of the Unabomber

One of the most important parts of a profile is the age of the offender. ... It's never an exact number, but you'll at least want to put in a bracket of maybe five years or so. But because the first bombing took place on a college campus ... the early profilers somehow felt that the offender may be college age, 18 to 23, in that ballpark. So for years, the profile was always off by about 10 years. ... 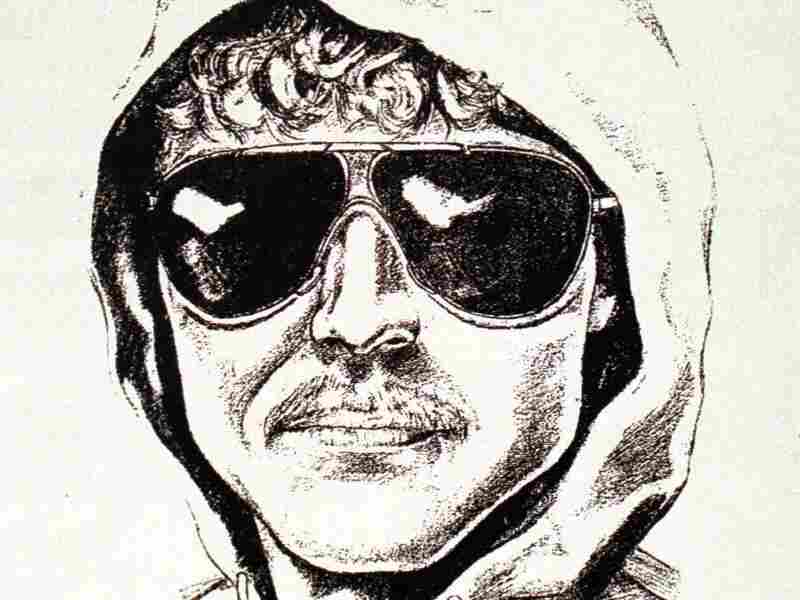 This composite sketch was based on a 1987 spotting of the Unabomber. Associated Press hide caption 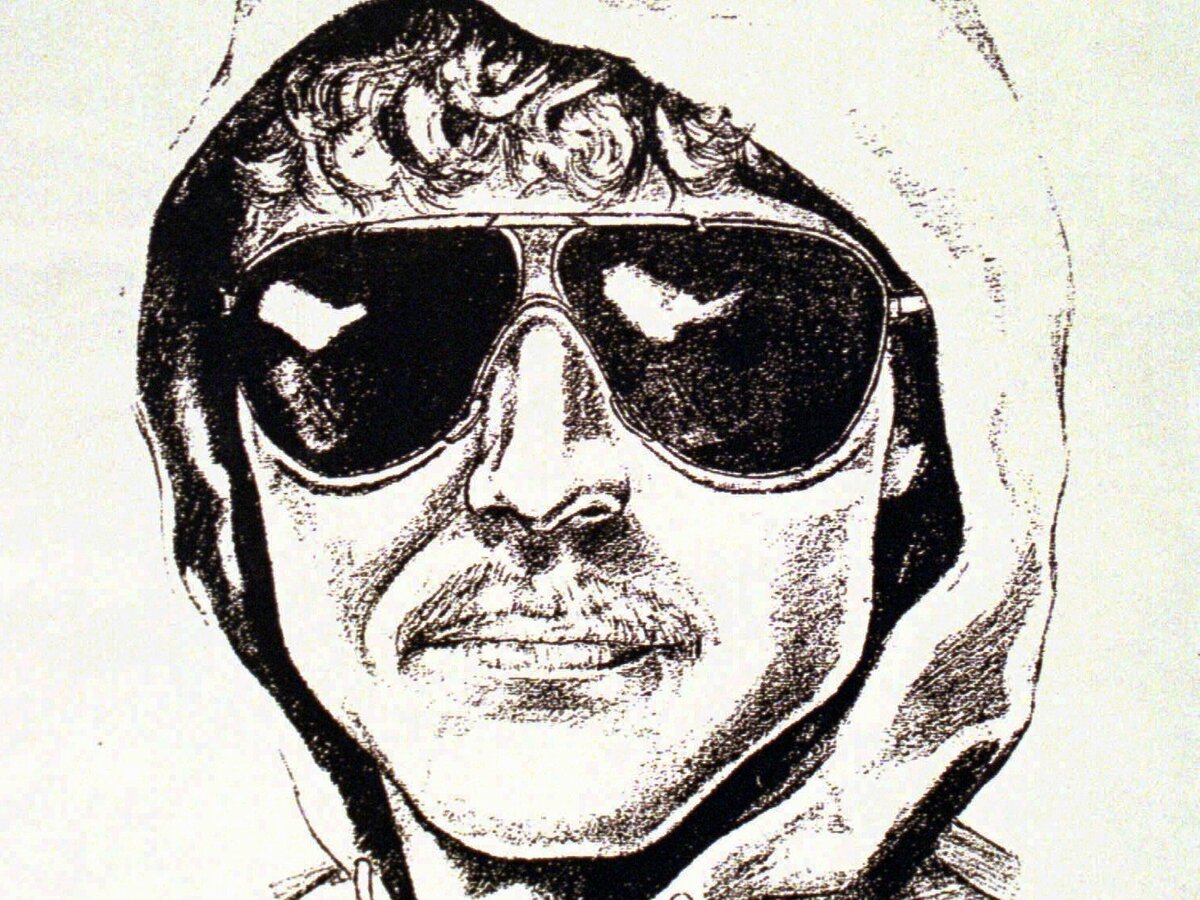 This composite sketch was based on a 1987 spotting of the Unabomber.

The Unabomber offended from '78 to '87. ... But in 1987 is when a witness inside a computer store looked out the window as the Unabomber was putting down one of his devices, and that's where that iconic composite sketch comes from [with the aviator sunglasses and the hood] and that was about the only real lead that the FBI or any agency had up until 1987 — that's nine years into this bombing campaign.

On studying the language of the Unabomber's manifesto, which was titled "Industrial Society and its Future by FC"

I said, "I want to devote my time and energy to looking at the language in this case," and let's see just what the heck I can make out of it." ...

I'm looking at this thing and I'm reading it two times, three times, four times. It's a very dense document. ... But before too long I'm picking up on some unusual language characteristics, like some archaic terms like "broad" and "chick" to denote women. OK, what does he mean by that? He uses the word "negro" to refer to African-Americans. And this is 1995, and these words were almost like Frank Sinatra language, or something you'd hear from a '50s movie or something. And right away, that helped me age the author.

On how a linguistics professor, Roger Shuy, helped predict where the Unabomber was from

[Shuy] thought this writer of the manifesto had his roots in Chicago, Ill., because there was some terminology in there that was reflective of three or four newspapers in Chicago through the '30s, '40s and '50s. There was some reflection there of language uses, even regionalisms of the Chicago area. ...

Ted, What Have You Been Doing With Yourself? Unabomber, You Say?

And the first four bombings were either placed or mailed from Chicago, so it's always nice when you have a nexus that you can sort of compare here, and they match up.

On Kaczynski's sister-in-law seeing the published manifesto, recognizing the writing style, and, along with Kaczynski's brother, David, submitting another writing sample to the FBI for analysis

It was one 23-page document David [Kaczynski] provided to the FBI; my copy was probably the sixth generation of a fax, but I could read it. ... They send me this thing and not only did the format match, but it was actually written in the same chronological order as the manifesto, lots of the same terms, inserting electrodes into the brain, terminology like this, and it goes on and on and on and finally in the same exact order the manifesto is written, and I realized to myself, this is essentially an outline, a well-crafted outline of the manifesto. ...

The boss called me back and he said, "Fitz, what do you think?" And I said, "You have one of two things here. This is an elaborate plagiarism, someone got The Washington Post version of the manifesto, got an old typewriter, got some old paper, and sat down and just made their own little fun outline and gave it to David Kaczynski, whatever. Or ... you've got your man."

Ann Marie Baldonado and Mooj Zadie produced and edited the audio of this interview. Bridget Bentz, Molly Seavy-Nesper and Tanya Ballard Brown adapted it for the Web.