Accessibility links
T-Pain Plots A 'Tiny Desk'-Inspired Acoustic Tour For This Fall Six cities. No Auto-Tune. All the hits. 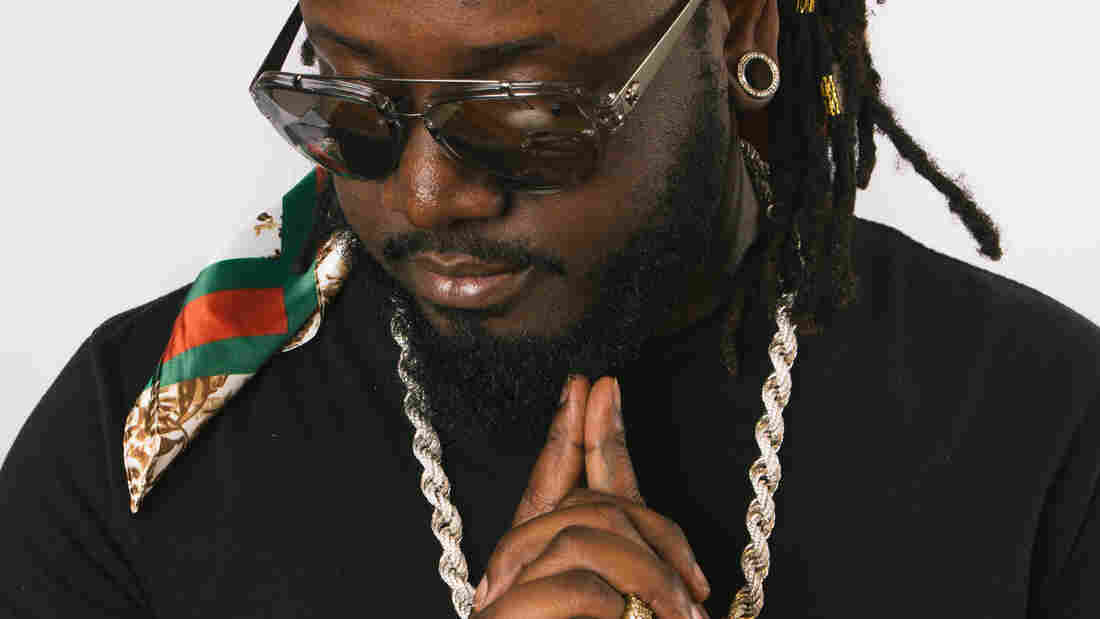 T-Pain is taking his voice, free of Auto-Tune effects, on the road. Courtesy of the artist hide caption 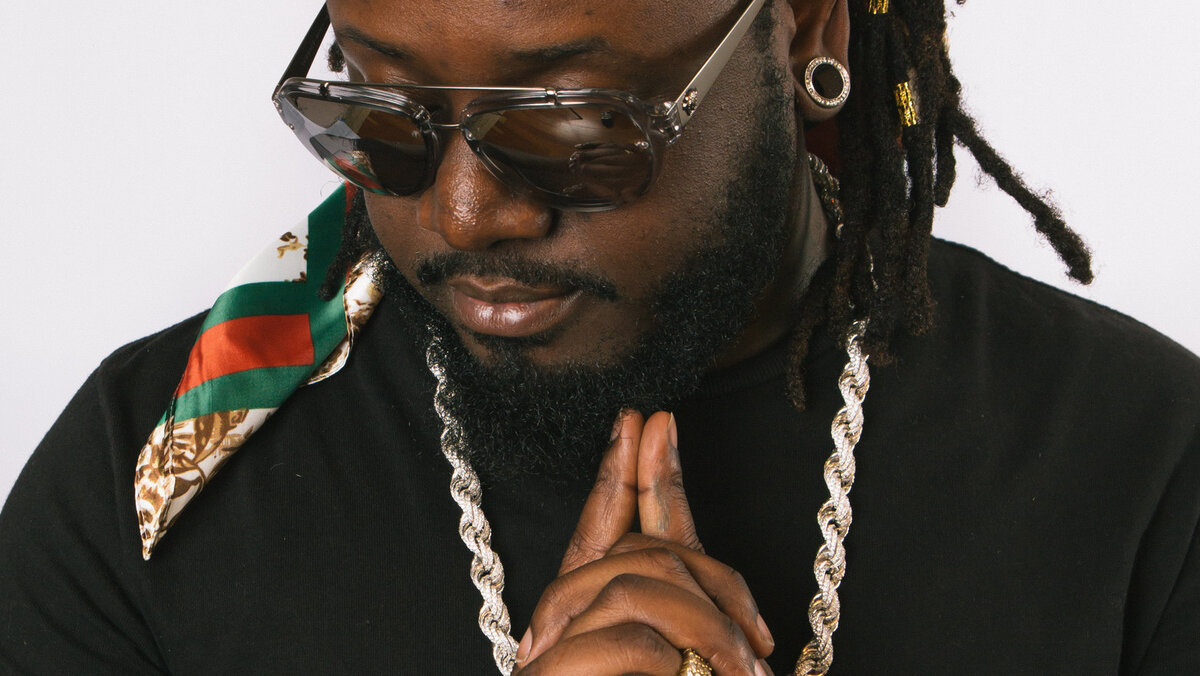 T-Pain is taking his voice, free of Auto-Tune effects, on the road.

For nearly a decade T-Pain reigned, the ubiquitous King of Auto-Tune.

A top-hat wearing ringmaster of tongue-in-cheek club anthems that celebrated his weakness for strippers and lady bartenders, the Tallahassee chart-topper personified the life of the party — until his vocal tricks became the punchline.

Copycats rode his wave into the ground, then clowned the man synonymous with the sound. So T-Pain took some time away from the spotlight, only to reemerge sans Auto-Tune and shock the world. What we heard, when he unplugged for a stripped-down, three-song set in October 2014, was amazing. Not only could he sing, the man could sang. The resulting performance, spearheaded by former NPR Music staffer Frannie Kelley, became the most-popular Tiny Desk Concert in the history of NPR Music.

For T-Pain, it felt like he'd finally proven a point. "For my whole career I'd been trying to convince people that I actually have a real speaking voice," he tells NPR. "So showing my singing skills on such a big platform was a huge accomplishment for me."

The inspiration to turn his triumphant Tiny Desk set into a full-blown tour came from one source: "Fans, fans, fans," T-Pain says. "The love and respect I've received from my NPR performance has not only shown a different side of me to fans, but it also has introduced me to a whole different set of fans. All I see on social media is how all my fans want to see this in person, live, with their own eyes."

His fans weren't the only ones who saw him in a new light. "Obviously there were a lot more offers for business opportunities that hadn't presented themselves in the past, and I think that it was mostly due to others not realizing my true talent," he says.

But the 13-minute performance has impacted more than just his career. "It improved my health," T-Pain adds, explaining that his voice was hoarse and strained the day he did his Tiny Desk Concert. "I know for a fact that I could've sounded better that day if I hadn't been smoking so many cigarettes beforehand, and because of that I quit a week later and haven't touched a cigarette since. My heart problems have gone away. I feel great. I can breathe again. A lot came from this performance."

The tour announcement comes on the heels of a tear of new music T-Pain has been releasing this year. He even unleashed the long-shelved collaborative album T-Wayne, featuring he and Lil Wayne, earlier this year. In addition to Acoustic Tour, T-Pain has plans to release a new album titled OBLiViON this fall.

As for the concert dates, there will be no locked-in set lists. "Ya know, in case of people screaming requests from the audience," he says. The only thing he promises is that "the fans can expect a good time and nostalgia out the wazoo." 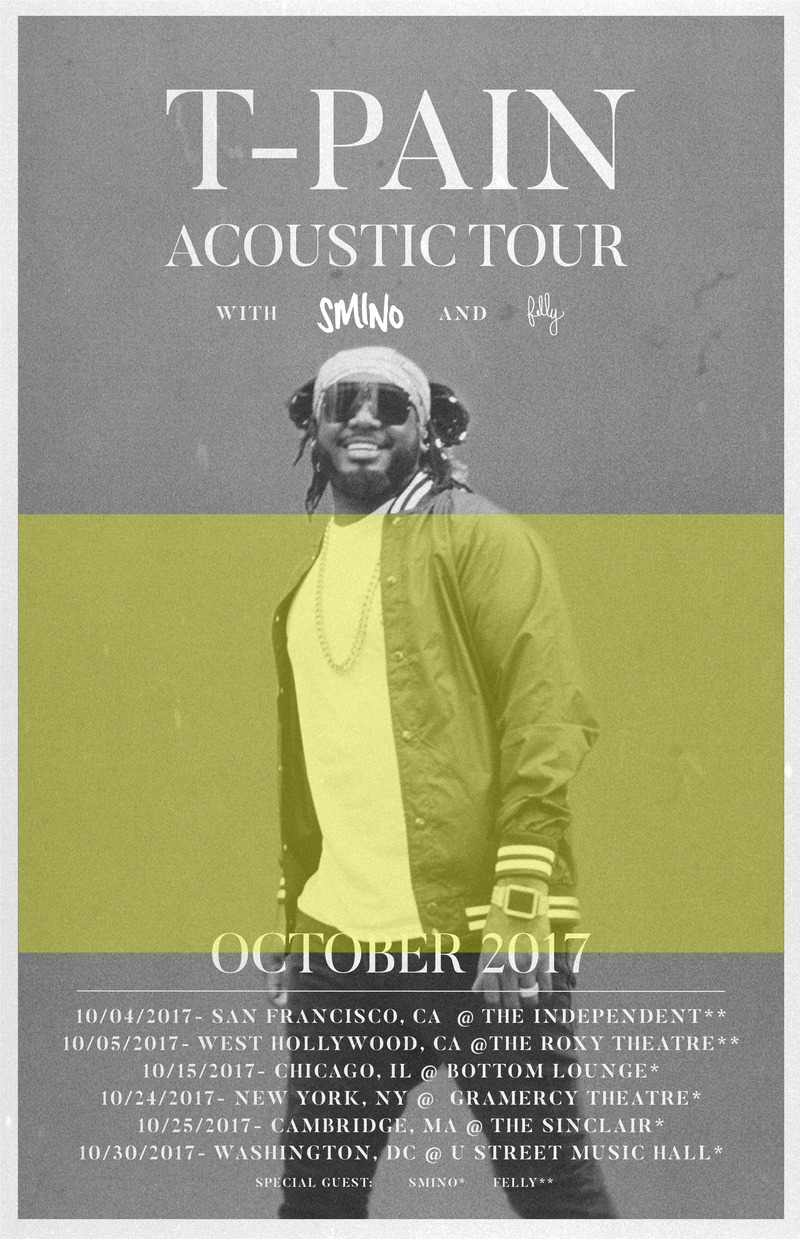 T-Pain launches his Acoustic Tour this October. Courtesy of the artist hide caption