Accessibility links
Knausgaard Comes Up Short: In 'Autumn,' Less Isn't Always More Karl Ove Knausgaard — famed for his epic memoir My Struggle — goes for short and sweet in Autumn, a meditative seasonal reflection. But while there are lovely moments, the book strays into banality. 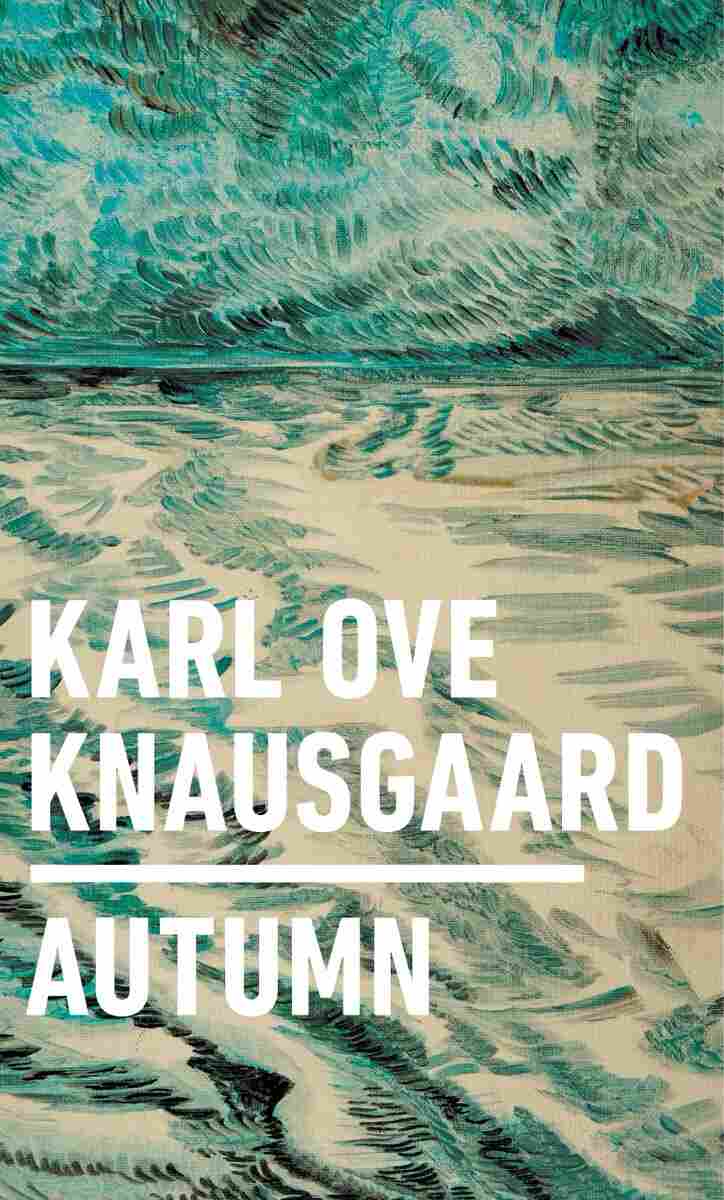 Although I was put off by the Hitlerian title and massive self-absorption of Karl Ove Knausgaard's six-volume, 3,600-page confessional novel, My Struggle, accolades from trusted colleagues convinced me to set it aside for a rainy day — which, truthfully, might mean the next Flood. In the meantime, I picked up Autumn, the first in a planned seasonal quartet of meditative reflections, with hopes that it would provide a more modest, accessible introduction to Knausgaard's work. More modest, yes. But, as I quickly discovered, far less engaging than my dips into his unexpectedly addictive magnum opus.

Seasonal quartets provide a ready-made framework for contemplating life cycles and the passage of time. Knausgaard's quartet is an altogether different project from Scottish writer Ali Smith's, which began last fall with an autumnal novel about England's fraying social fabric, exemplified by the Brexit vote. Knausgaard's Autumn, translated by Ingvild Burkey and addressed to his unborn fourth child, is a more hopeful work, consisting of three letters and 60 freely associative mini-essays introducing her to some of the little things that fill our lives yet often go unnoticed, such as rubber boots, chewing gum, apples, buttons, and thermoses.

Six months before baby Anne's birth, he writes, "These astounding things, which you will soon encounter and see for yourself, are so easy to lose sight of, and there are almost as many ways of doing that as there are people. That is why I am writing this book for you. I want to show you the world, as it is, all around us, all the time." And then he adds, "Only by doing so will I myself be able to glimpse it."

In other words — as readers of My Struggle are well aware — Knausgaard processes the world and his thoughts by writing about them. But with this project, he's clearly made an effort to reign in his preoccupation with himself: He turns his gaze mainly outward, and limits his reflections on each item to two pages, be it little stuff like bottles and badgers or immense topics like war and pain.

The entries also follow a set pattern, often beginning with a banal definition of the subject at hand before moving on to more free-form musings. This exercise, repeated 60 times, does not encourage binge-reading. Here, for example, is how he introduces beds: "With its four legs and its flat, soft surface, the bed gently accommodates one of our most basic needs: it is good to lie down in bed, and it is good to sleep there through the night." Yawn. It is also good to be able to write about beds without putting your readers to sleep.

Fortunately, not all entries are so soporific. Against a background of quiet domesticity — driving his children to school, combing through his daughter's hair for lice, whitewashing their house in Sweden — Knausgaard touches on big themes like loneliness, forgiveness, silence, and shame. While preparing sausages and macaroni for his family's dinner, the sound of migrating geese beating overhead brings back his boundless sense of the world as a child. This in turn leads to his realization that the world is actually more limited than he'd thought. Serving up the meal, he thinks, "The world is material. We are always in a certain place. Now I am here." Not exactly an earth-shattering epiphany, but the point — if you're willing to slow down enough — is about mindfulness and appreciating the ordinary.

... in a slim volume, every word needs to sing for its supper. Despite its restricted word count, 'Autumn' is filled with freeloaders.

There are more resonant observations, such as his remark that "Nearly all my dreams are set in landscapes I moved away from long ago, as if I had left something behind there that was never concluded." Knausgaard has a knack for finding beauty in unexpected places, including a yellow swirl of vomit and the graceful funnel shape of a toilet bowl, "a sort of transit hall for excrements" in which form and function mesh perfectly. Similarly, he extols the standard grey rotary dial telephones of his 1970s youth, which "upheld a certain formality" long since eroded in our culture — though he loses the dial tone with his leap from superseded technology to fallen dictators.

Knausgaard's 'Autumn' Considers Everything From Toilet Bowls To Twilight

Writing about My Struggle, critic James Wood commented memorably that Knausgaard is interesting even when he's boring. Not so here. Stretches of tedium may be part of the deal in an exhaustive literary stunt, but in a slim volume, every word needs to sing for its supper. Despite its restricted word count, Autumn is filled with freeloaders.

The professed goal of Knausgaard's book is to answer a question that neither babies nor jellyfish are capable of asking: "What makes life worth living?" His partial reply: "Showing you the world, little one, makes my life worth living." Sweet, but not enough to incline me toward the next three seasons of this quartet.