Accessibility links
'What Carter Lost' Tells The True Story Of 'Friday Night Lights' Football Rivals Carter High School is really an afterthought in Friday Night Lights — the thug-like football team that stole the state title. A new film follows Carter's rise to the top, and its fall from grace. 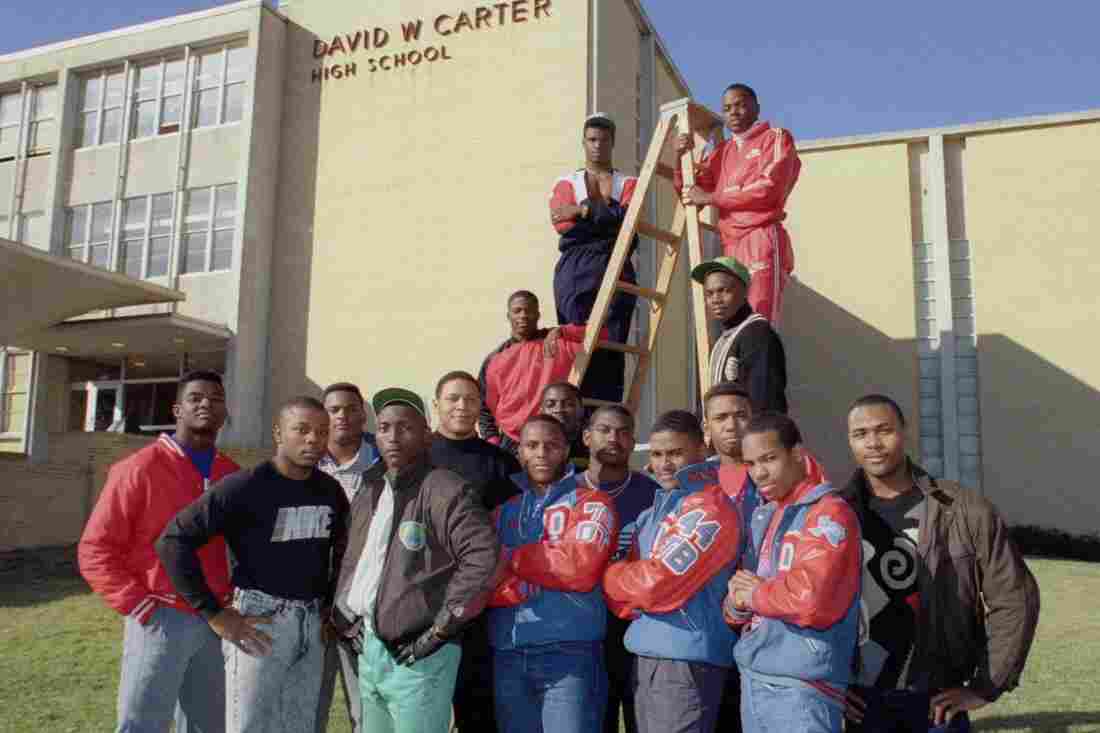 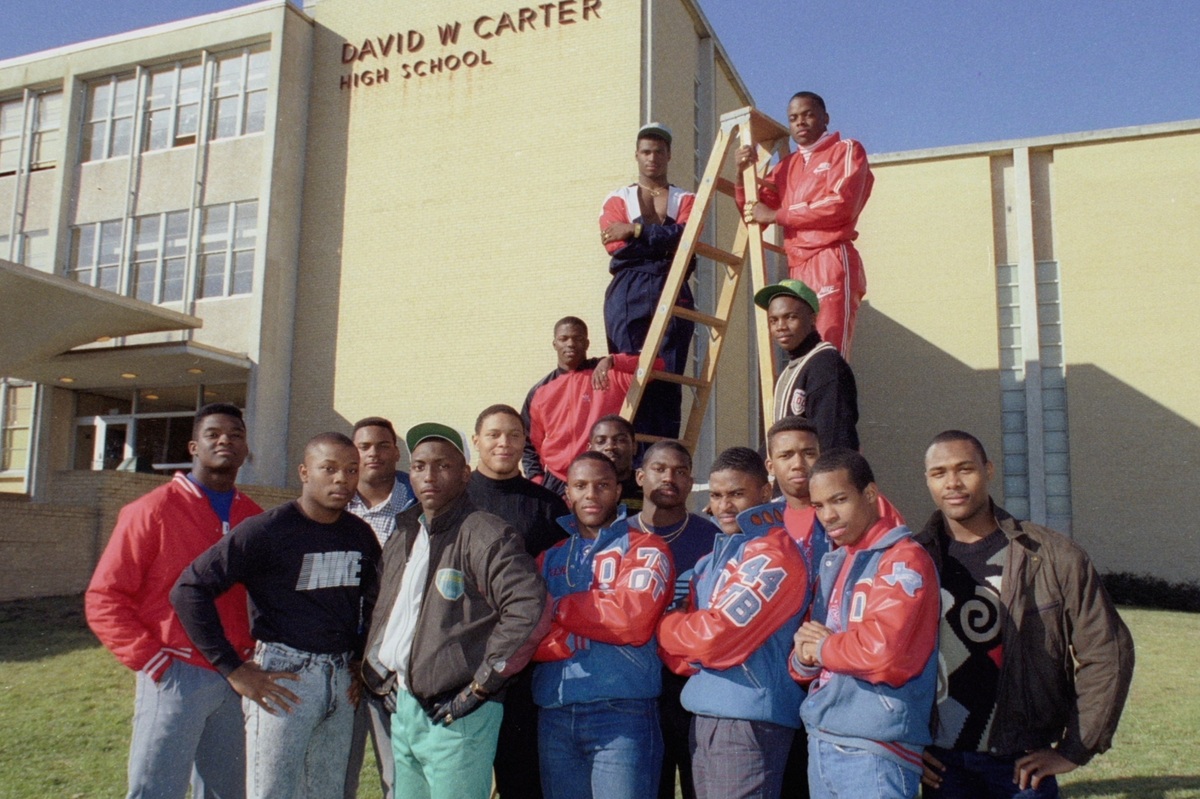 A lot of people already know the story of Friday Night Lights, in which a West Texas high school fights for the state football title. It started as a nonfiction book, then it became a movie (with Billy Bob Thornton as the coach) and finally a TV series. In the film, Thornton tells his team that to win state, they'll have to beat "a team of monsters" from Carter High School in Dallas (which they fail to do).

Carter High School is really an afterthought in Friday Night Lights -- the evil, thug-like team that stole a championship. But if you look at the real team's journey to the 1988 state title, you'll find a story about race and the pressures young athletes face — a story Adam Hootnick explores in his documentary What Carter Lost.

"The number of scholarships they got, the number of guys who went on to play some form of professional football — by every measure this was one of the greats," Hootnick says of the school's reputation.

Carter served a black, middle-class neighborhood in Dallas. According to Hootnick, it was "mostly two-parent families, mostly professionals. ... The joke was the student parking lot was a heck of a lot nicer than the teacher parking lot."

But there was trouble during that season's playoffs when questions arose about a Carter player's algebra grade. The other, mostly white schools fought a legal battle to kick Carter out of the playoffs.

"There is no question that if Carter had been one of the predominantly white schools that was always there, everything would have been handled differently," Hootnick says.

Parents, teachers and school officials fought back, and in the end Carter was allowed to play. Carter won the state title — but the story doesn't end there.

"After the roller coaster of this season and postseason," Hootnick explains, "you had a few guys on that team really, to my mind, inexplicably going and joining an armed robbery ring for pretty much no reason. You know, they were middle-class kids, they had cars, they had all the clothes they want. But I think they weren't ready for the adventure to be done. ... I think at some level they were chasing a rush."

The players were arrested, tried and convicted.

"I don't think you can fall much further," Hootnick says, "and I say that in part because of the level of the pedestal that, as a Texas high school football star, that's almost as big as it gets."

In the end, five Carter players served time in prison. Many of them talk in the documentary about how much they lost and how they've tried to rebuild their lives.

Carter was ultimately stripped of its 1988 state title, and there's no doubt that the Carter community's fight to defend its reputation got a lot harder because of what those young men did. To Hootnick, some of the story's unsung heroes are the parents who fought to keep the team in the playoffs.

"I think that fight for them was not just about wanting to see their football team win, but about resisting being caricatured in a way, and saying, 'We're not cheaters. We're not thugs.' ... So the way that those parents were undercut after everything they did to keep that team on the field and to try to put forward their version of who they were — to have that all undone, you know, I think that's the story that's never been told."

Emily Ochsenschlager and Jessica Smith produced and edited this interview for broadcast, and Nicole Cohen adapted it for the Web.