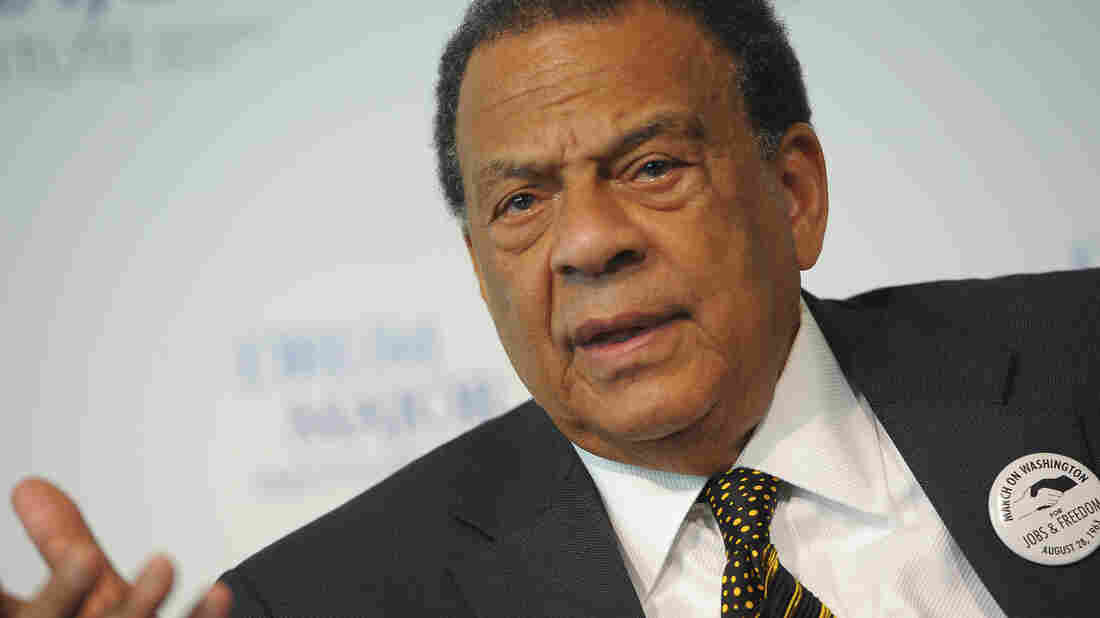 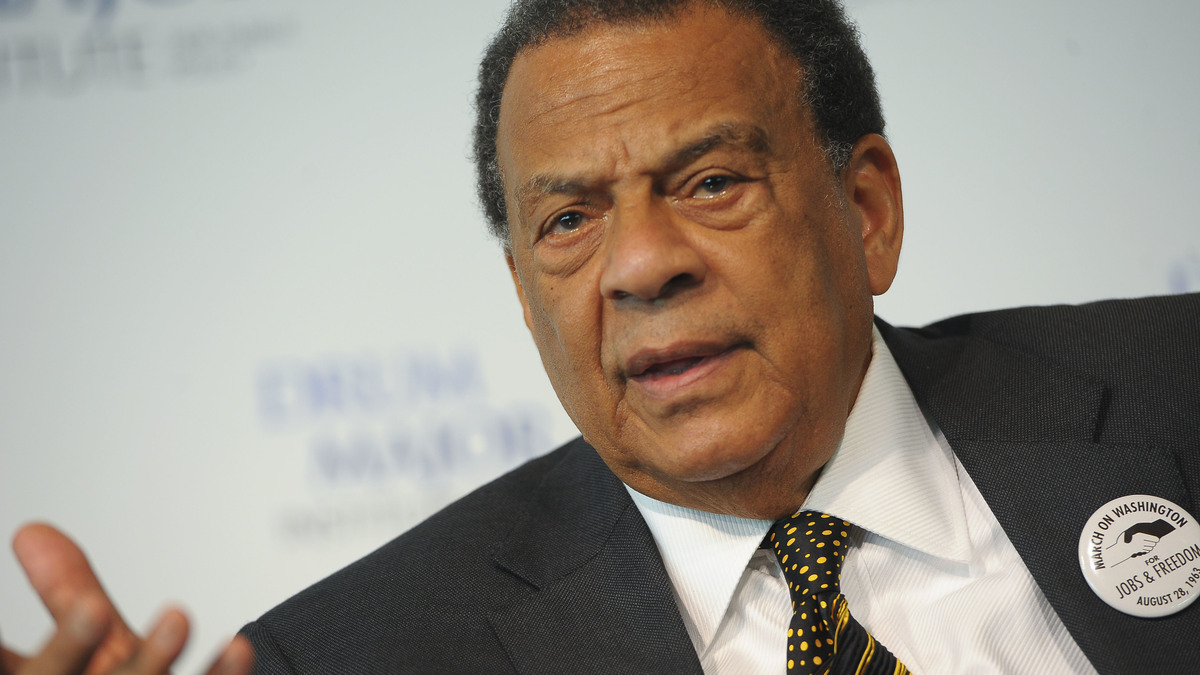 In cities across the U.S., calls to take down monuments to Confederate leaders are growing louder since the deadly events in Charlottesville, Va.

One of the most dramatic monuments to the Confederacy is called Stone Mountain, in northern Georgia. It's sort of a Confederate Mount Rushmore, with Stonewall Jackson, Robert E. Lee and Jefferson Davis carved into a mountainside.

Andrew Young, a former mayor of Atlanta and lifelong African-American civil rights activist, says the memorial should stay. Young served as a congressman from Georgia and ambassador to the United Nations. He was with Martin Luther King Jr. the day he was assassinated.

"That is a tremendous carving. And I don't want to see that destroyed. I don't care who it is," he says. 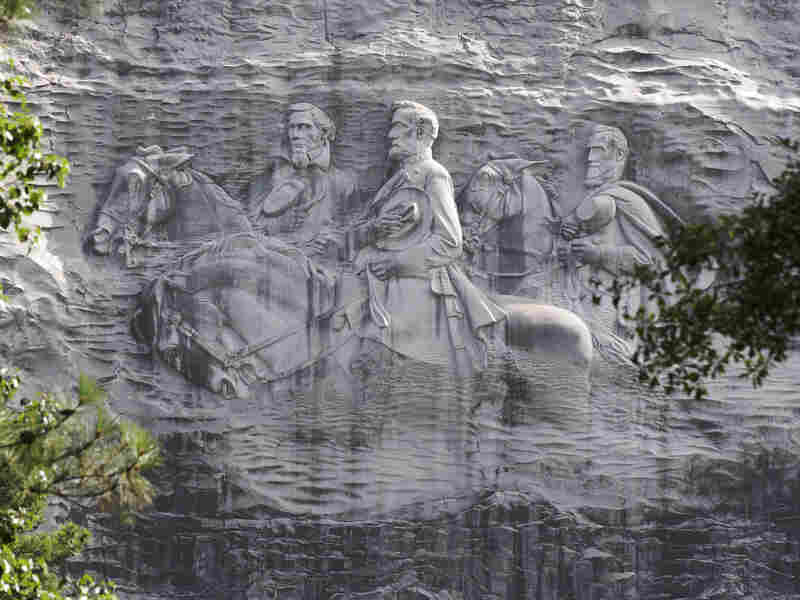 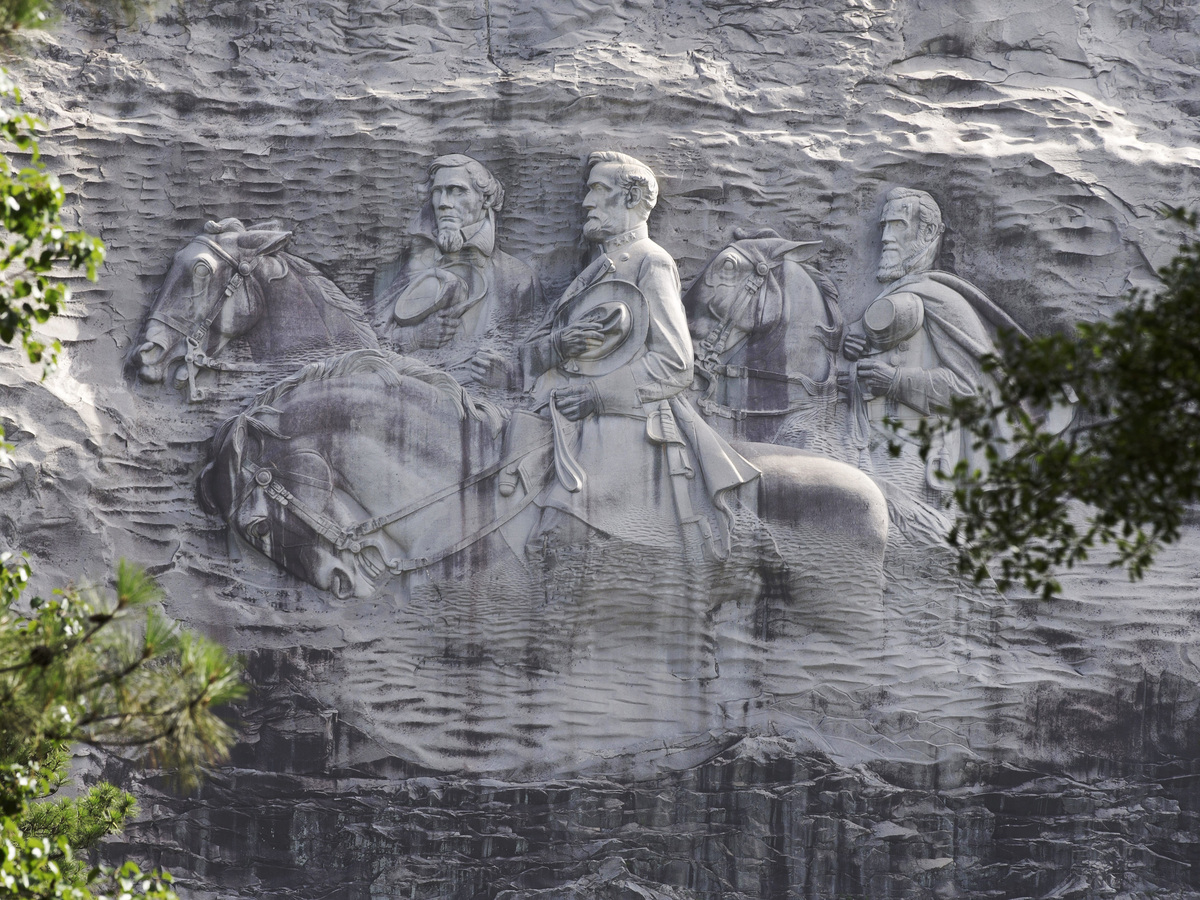 Young is not alone. An NPR/PBS NewsHour poll released this month found that 44 percent of African-Americans believe Confederate memorials should stay, compared with 40 percent who say they should be removed. Nationwide, 6 in 10 Americans say the monuments should remain. Still, Young's comments come as prominent Democratic and African-American activists call for the monuments to be removed or "contextualized," to avoid celebrating the leaders who supported slavery.

I'm saying these are kids who grew up free, and they don't realize what still enslaves them — and it's not those monuments.

What worries me is that this country will turn to the right so that it'll — be taking down Martin Luther King's statue next when the racist majority takes over. And I'm saying that a minority can't be provoking a racist majority that is still underemployed, undereducated and dying faster than we are — that the issue is life and death – not some stupid monument.

In Reckoning With Confederate Monuments, Other Countries Could Provide Examples

On adding to — not removing — the Stone Mountain monument

I would only consider adding to it a freedom bell because Martin Luther King said in his speech, "Let freedom ring from Stone Mountain [of] Georgia." He named that specifically.