Accessibility links
Hope, Rebellion And Empowerment: The Multifaceted Appeal Of Mashrou' Leila's 'Roman' The Lebanese alternative rock band's hit single has taken on a life of its own this summer: as an anthem for women's empowerment and as a song of hope for troubled political times. 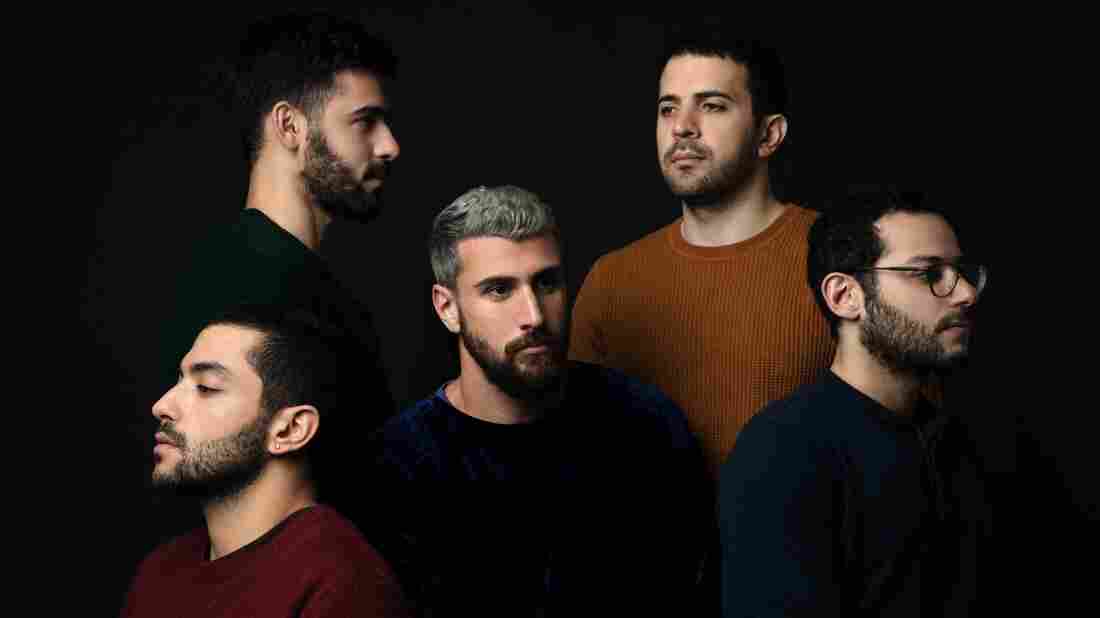 "Roman" by Mashrou' Leila is Lebanon's song of the summer. Courtesy of the artist hide caption 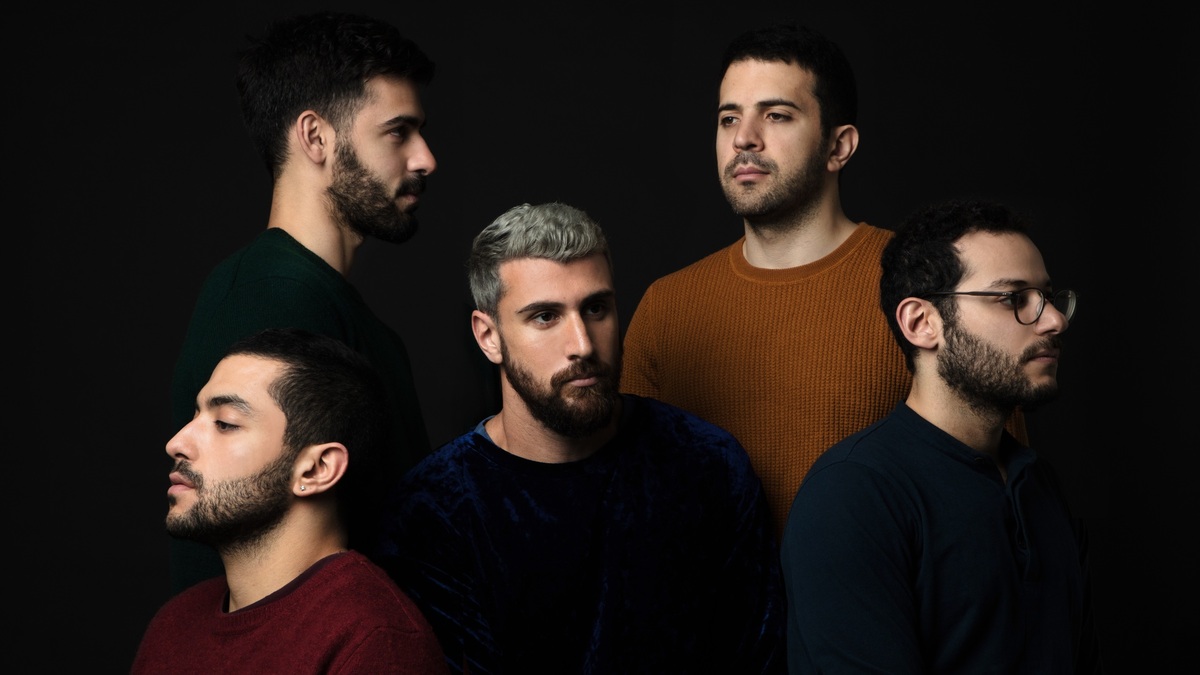 "Roman" by Mashrou' Leila is Lebanon's song of the summer.

Sometimes musicians write a song for a cause. Sometimes, the cause chooses the song.

That is what has happened with "Roman," the latest release from Mashrou' Leila, the Lebanese alternative rock band who toured the U.S. to huge acclaim this summer (and performed a spine-tingling Tiny Desk concert at NPR last summer).

When Mashrou' Leila conceived "Roman" some five years ago, the band thought of it as a song about betrayal. Its opening lyrics are dark: "I don't intend on swallowing your lies / The words will burn my throat." Later, lead singer Hamad Sinno cries: "Worms carve my body and the earth embraces my skin / How could you sell me to the Romans?"

The music is slow, painful yet beautiful. Its chorus is a rebellion in a single word: "alehum," which means "charge" in Arabic.

But upon its release this summer, "Roman" unexpectedly became an anthem for women's empowerment.

"I definitely didn't have that in mind when we were writing the song," says Sinno. He says the meaning of the song was only transformed when the band met Jessy Moussallem, a film director, who pitched the idea that the music video should be about patriarchy.

In the video, a woman in a hijab contorts in a modern dance in an abandoned concrete building. She leads other women, many in brightly colored abayas --the conservative, loose-fitting robe worn by some Muslim women — to a beach. They hold hands and make kaleidoscope patterns through dance. Their expressions are defiant; they radiate self-respect. Later, a covered woman rides a galloping white steed.

The video and the song combined were a huge success; they've been described in Lebanon as being all but revolutionary. Blogs have written about "Roman," and fans have left streams of adoring comments on Mashrou' Leila's Facebook page.

Sinno sees the video as an ode to self-realization: a rejection of the idea that Muslim women, especially in the Arab world, cannot be empowered unless they lose their adherence to tradition.

"The thing that kind of always drives me insane is that people are so quick to say stuff about Muslim women or veiled women," he says. "And it's like, dude, just come to one of our gigs, and you see all these women who are veiled, who are just celebrating other people's diversity — who are clearly not without agency, right?"

Mashrou' Leila headlined a festival in Ehden, a town nestled high in the mountains of north Lebanon, earlier this month. When Sinno introduces "Roman," the crowd packing the stadium goes wild.

As the band performs the song, the video plays on a screen behind it — something Mashrou' Leila hadn't done before in Lebanon. The audience rises to its feet. Eyes closed, swaying, arms in the air, fans surrender to the music.

Afterwards, I meet Hazar Malab, a 16-year-old fan ecstatic about the song. I ask her: Was "Roman" her favorite song of the summer?

All her friends at school feel the same way, Malab says. She has forced her parents to listen to it, and even they "love it."

We have seen nothing but ugliness and black and pain and sorrow. So this song: It's about liberation and everything that opens windows of hope.

Another fan, Jihad Saifi, says he believes the impact of "Roman" will go beyond a single summer. This is not just about making memories in the sun – the song and video together break important new ground for the portrayal of women in the Middle East, he says.

"It's a beautiful picture to paint Arab women in," he says. "I've never seen Arab women dance like this. And it's liberating to men and women."

One of the reasons the song has become so successful in Lebanon is that it speaks to different people in different ways. Some Mashrou' Leila fans tell me that for them, "Roman" is about more than women's empowerment: It's also a response to greater feelings of insecurity about the future of the Middle East and beyond.

Rima Sleiman Frangieh, the organizer of the Ehden festival, says she believes many people see the song as a response to the war in neighboring Syria, the rise of jihadist groups like ISIS and what they perceive as a rise in fanaticism "around the world."

"We have seen nothing but ugliness and black and pain and sorrow," she says. "So this song: It's about liberation and everything that opens windows of hope. I think [it] has a direct positive effect on people."

Some fans even tell me they think the song has especially caught fire this summer because people see it as a response to Donald Trump's presidency.

Sinno and Haig Papazian, the band's lead violinist, agree with this interpretation. And Sinno says the band agreed to Moussallem's pitch for a political music video in part because of current events in the U.S. and Lebanon.

Sinno says it's "very hard not to be thinking about this stuff with, you know, Trump being in office," or, he says, with the fact that the Lebanese state minister for women's affairs is a man.

The meaning "Roman" holds for both its listeners and its creators has definitely changed since it was first written, Papazian says. "You have certain intentions when you first write it," he says, "but then everything around you is constantly changing and then new meaning is given to a song after a while."

All those years ago, "Roman" started off as a song about betrayal, but now it has become a song about hope and empowerment. And for Mashrou' Leila fans, it's yet another reason to dance.