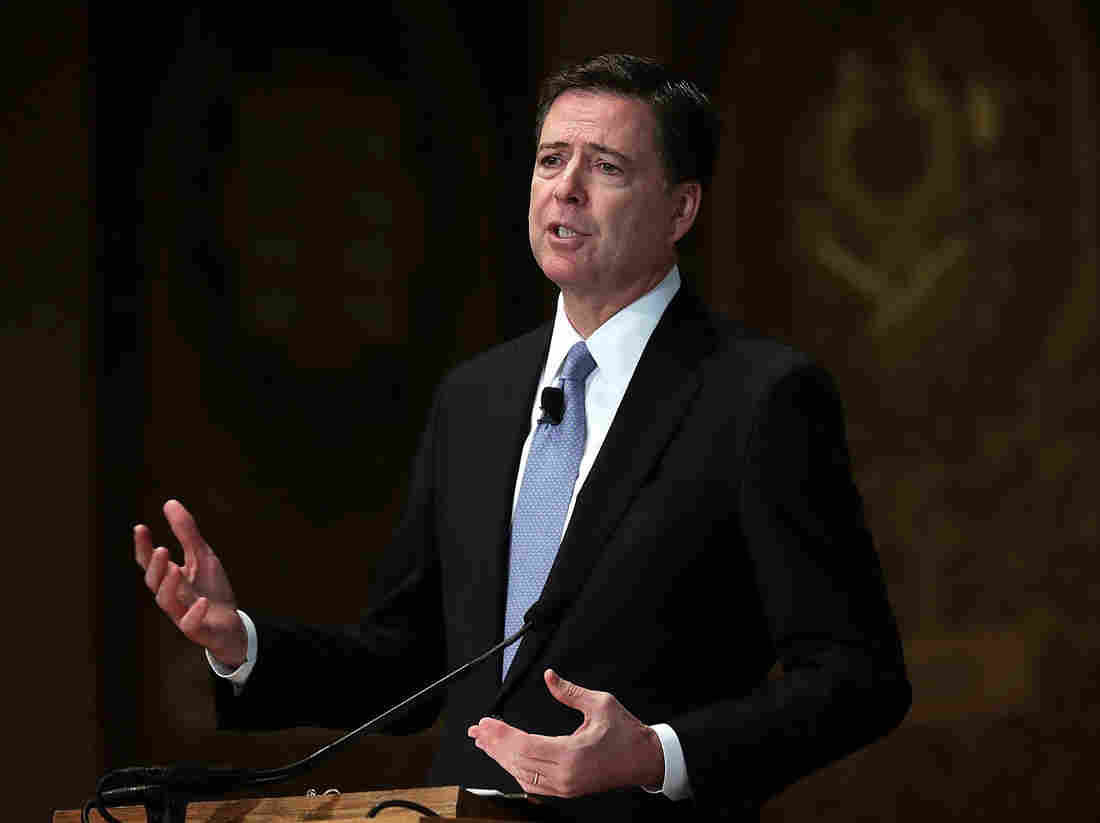 Former FBI Director Comey has tried to keep a low public profile since his surprise firing by President Trump in May. Alex Wong/Getty Images hide caption 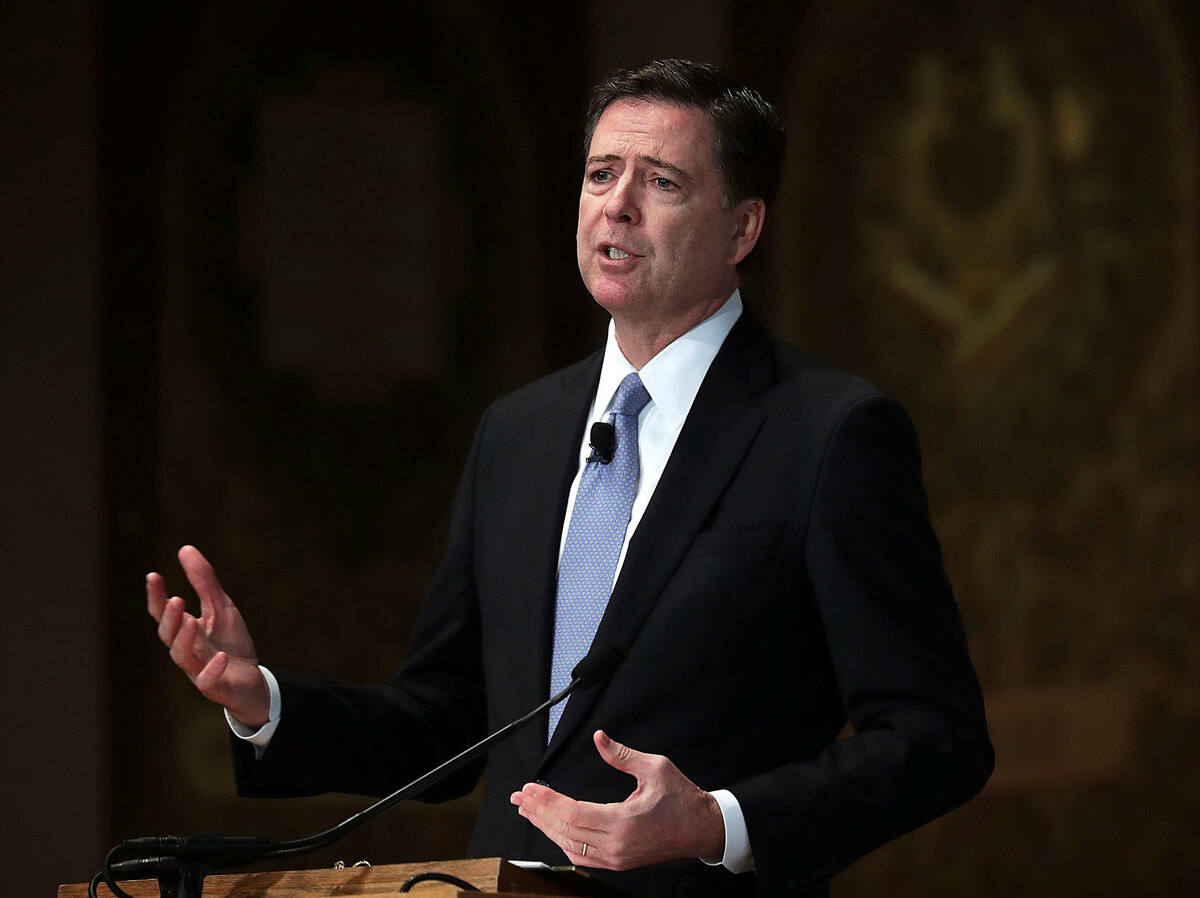 Former FBI Director Comey has tried to keep a low public profile since his surprise firing by President Trump in May.

Former FBI Director James Comey is scheduled to deliver a convocation address at Howard University next month, part of a series of lectures he has been invited to give during the coming academic year at the historically black college.

Howard officials said Comey had agreed to donate $100,000, his full compensation as the school's King Endowed Chair in Public Policy, to a scholarship fund for students who come from foster homes.

Comey and his wife, Patrice, are longtime supporters of foster children, as NPR has reported.

The new role continues a connection that the former FBI director had forged with Howard. Earlier this year, Comey invited university President Wayne A.I. Frederick to address FBI employees, part of an effort Comey had been making to diversify the ranks of the bureau, which is overwhelmingly white and male.

"I am pleased to welcome Mr. Comey to Howard," Frederick said in a statement. "His expertise and understanding of the challenges we continue to face today will go a long way in sparking rich discussion and advancing meaningful debates across campus."

Comey has tried to keep a low public profile since his surprise firing by President Trump in May.

A month later, the former Justice Department leader and federal prosecutor told senators that he believed he was fired to relieve pressure on the White House over the ongoing investigation of Russian interference in last year's election. The other explanations from the president, Comey testified, were "lies, plain and simple."

Trump had cited what he said was Comey's unpopularity within the FBI and recommendations from the Justice Department, among other reasons. Recently, the FBI released employee surveys indicating that the former director had enjoyed broad support from staff and agents.

Since his dismissal, with about seven years left on his 10-year-term, Comey has largely gone quiet. His firing has come onto the radar of Robert Mueller, the special counsel investigating ties between Trump's campaign and Russia and the motivations for Comey's dismissal.

Investigators working for Mueller and the Senate Judiciary Committee are said to be looking into whether Comey's firing, along with reported requests by Trump to get the FBI to ease up on its investigations, might have constituted obstruction of justice.

In a statement provided by Howard, Comey said the school "has a longstanding history of being a vibrant academic community and the perfect place to have rich dialogue on many of the most pressing issues we face today. I look forward to contributing to this remarkable institution and engaging students and faculty alike."

Howard's statement said Comey would consult with student leaders and others on campus to develop ideas for his five-lecture series.