Accessibility links
'Good Time' Filmmakers Wanted To Make A Movie That 'Actually Feels Dangerous' The gritty pulp thriller follows a small-time criminal trying to get his brother out of jail after a bank robbery gone wrong. It's directed by brothers Josh and Benny Safdie. 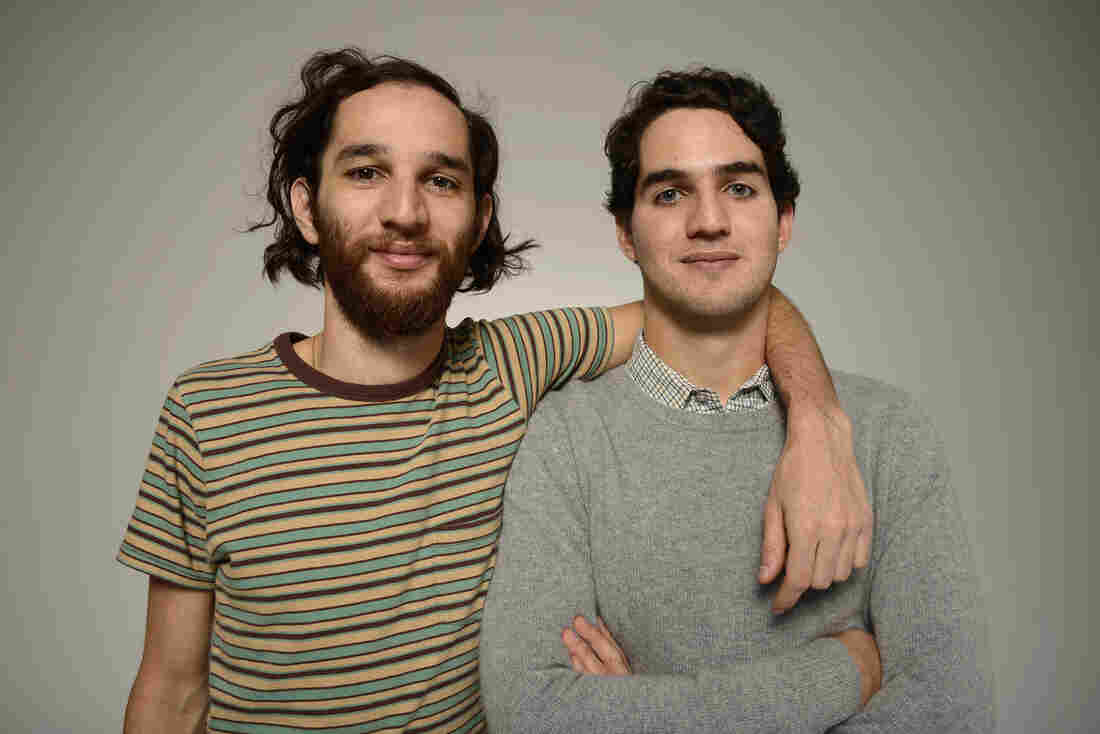 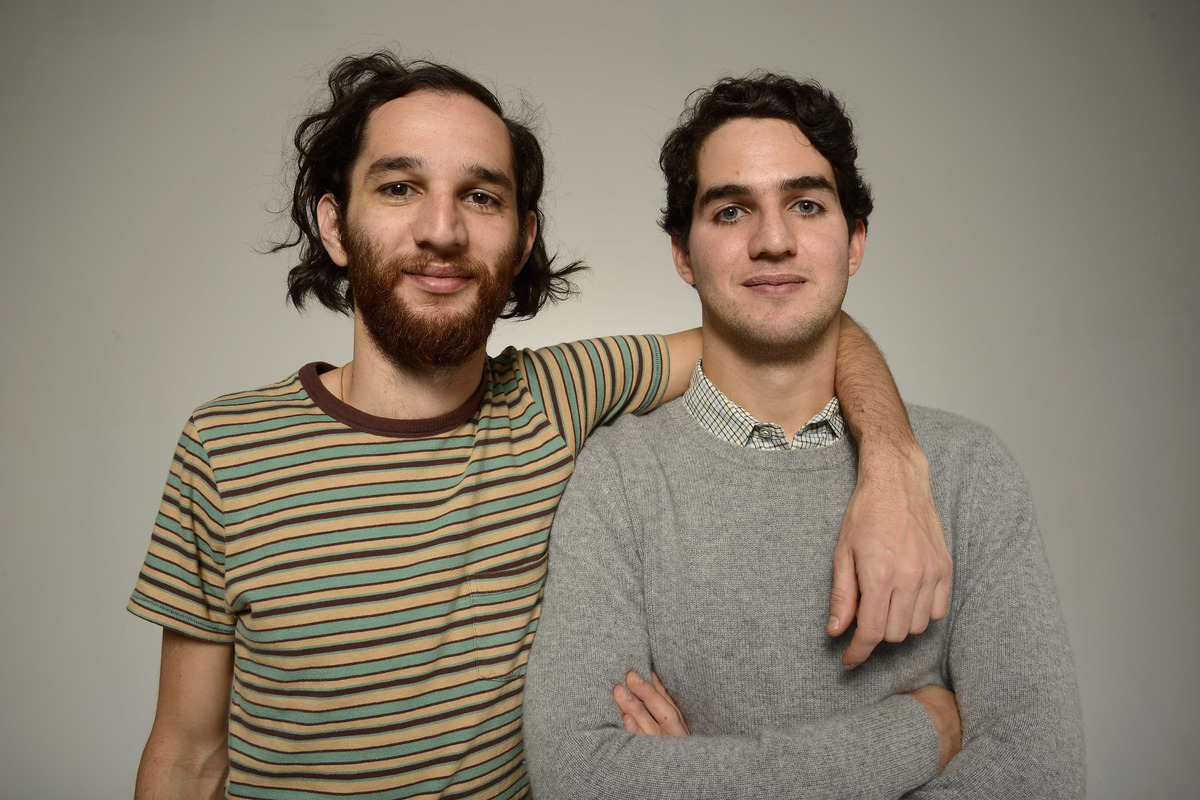 Brothers Josh (left) and Benny Safdie are the directors of the new action thriller Good Time.

Despite a title which might lead you to believe otherwise, Good Time is not an easy-going, popcorn flick; the gritty, pulp thriller falls into a genre that could be described as "movies about very, very bad nights."

Robert Pattinson plays Connie Nikas, a small-time criminal trying to get his brother Nick out of jail after a bank robbery gone wrong.

Brotherhood frames the movie, both on-screen and behind the scenes — Benny Safdie, who plays the character of Nick, directed the movie with his brother, Josh Safdie. But the directors insist that the movie's fraternal themes weren't entirely conscious.

"This fraternal element was something that we don't even have to think about," Josh Safdie says. "We just kind of bring it to the movie."

On casting the character of the brother Nick, who has an intellectual disability

Josh Safdie: We were looking into casting actors with real disabilities and we were very far along in that process and we were interviewing a lot of people ... but we ended up ... looking at our schedule, which was very aggressive, and a lot of scenes that called for intricate blocking and action set pieces — because this is, in the end, an action movie ... we realized that [the actor] wouldn't have much agency in those scenes, we'd be pushing them around and manipulating, and that morally crossed a line for us.

Benny Safdie: The last thing we wanted to do was have that character be taken advantage of from behind the camera.

On fraternal themes in the film

Josh Safdie: It was almost like we accidentally cut our hand and our blood kind of went all over the film ... we didn't realize we were putting in this element of brotherhood into the performances ... and once we saw it, we were like: Wow this is really apparent.

Benny Safdie: This [character, Connie,] is somebody who takes advantage of people. He's more or less a scumbag. ... I think that he can survey a landscape and see how to basically use it to his advantage. ... Women, and people of color, and Jewish people — nobody is safe in this world. He's not safe as well, and he gets what's coming to him.

But I do think that he is a mentally ill person himself ... that's the psychopathic element to his character — he's going to surround himself with people like him. His love interest, Jennifer Jason Leigh's character ... [her] character's based on someone who we know, and when I was developing the character with her, she understood it. She said: These are two people who are connected to one another because they're both damaged and they feel like they can complete one another.

On why the film isn't lighter

Benny Safdie: There's probably three or four instances of violence and, yes, we treat them very bluntly. But we went out of our way to not include any guns in the movie ... we're introducing these elements of violence within something that feels very real. ...

We wanted to deliver a piece of pulp that actually felt dangerous. ... Certain people will be able to see the humor in the scenarios, but I think a big part of the movie-going experience is to know: Hey, this world is dangerous, and it actually feels dangerous, and there aren't moments of glee.

James Delahoussaye and Jolie Myers produced and edited the audio of this interview. Beth Novey adapted it for the Web.