Accessibility links
'The Red-Haired Woman' Is A Minor Work From A Major Author Orhan Pamuk is almost synonymous with Turkish literature; he's won the Nobel Prize for his work. But his latest, about a well-digger and his apprentice, doesn't reach the heights of his earlier books. 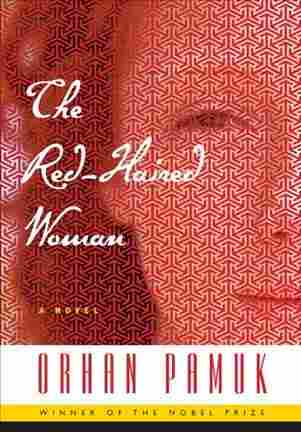 For readers all around the world, Orhan Pamuk has become almost synonymous with Turkish literature, to the dismay of the Turkish nationalists who have long held the novelist in contempt. His intricate and sometimes dreamlike novels, including My Name Is Red and Snow, have been widely translated and have won him admirers in several countries, including the United States. (One such admirer, if his 2005 letter to The New York Times is any indication, is Donald Trump.)

Pamuk's latest novel to be translated into English, The Red-Haired Woman, doesn't approach the heights he has reached in those previous books, but at its best, it does reaffirm his reputation as a skilled writer.

The novel tells the story of Cep, an Istanbul boy whose life is turned upside-down when his father, a pharmacist, abandons the boy and his mother and disappears, offering no clues about where he's headed. Without his father's income, the family's finances are doomed, and Cep must find work wherever he can to pay for his education.

He soon lands a temporary job as an apprentice to Mahmut, a well-digger, and just as quickly casts the older man as a replacement for his missing father, which leads to some mixed feelings. "That's when I first became aware of the sway Master Mahmut now held over me," he reflects, "and so even as I enjoyed the affection and intimacy he showed me (such as I'd never felt from my father), I began resenting him for it."

On their visits to a nearby town, Cep develops an instant infatuation with an older, red-haired actress, to whom he loses his virginity. But after Mahmut goes silent while working at the bottom of a well, Cep flees the scene and the town, certain he'll never see Mahmut, whom he presumes to be dead, or the red-haired woman again. He goes to college, gets married and founds a successful building business. Decades after the incident with Mahmut, he's forced to reckon with his decision when he considers a land deal at the site of the well.

With the exception of the book's final section, The Red-Haired Woman is often plodding and occasionally ponderous. Pamuk spends a lot of time explaining how well-digging works — he's clearly done his research — but it gets to be a bit much. The book might have been better served had he gone easy on the technical aspects of well-digging and focused more on Cep's infatuation with the titular woman — it's clear that he's feeling more than a childhood crush, but it's difficult to understand why.

With the exception of the book's final section, 'The Red-Haired Woman' is often plodding and occasionally ponderous.

The middle section of the novel doesn't fare much better. The adult Cep becomes obsessed with the story of Oedipus, who famously killed his father and married his mother, and the Persian story of Rostam and Sohrab, about a warrior who kills his son during a battle. Pamuk isn't the first author to wax Freudian, of course, and it wouldn't be a problem if Cep's obsession weren't so repetitively alluded to. "It seems we would all like a strong, decisive father telling us what to do and what not to do," Cep thinks. "Is the need for a father always there, or do we feel it only when we are confused, or anguished, when our world is falling apart?" It's not an uninteresting question, but Pamuk's exploration of the theme doesn't break new ground; it feels like a retread of subject matter that has been written about for decades.

That's not to say The Red-Haired Woman doesn't have redeeming qualities. The last section of the book — the only one not written from Cep's point of view — is genuinely shocking, and it forces the reader to reconsider everything that came before. It's not quite enough to save the book, but it does serve as a fascinating coda.

And even when he's not at his best, Pamuk is still an amazingly gifted writer. "I am most completely myself when nobody's watching," Cep reflects at one point. "I had only just begun to discover this truth. When there is no one to observe us, the other self we keep hidden inside can come out and do as it pleases." That's Pamuk at the top of his game — intelligent, understated and unpretentious. The Red-Haired Woman is far from perfect: It's a minor work from a major author. Fans of the Nobel Prize winner may well find much to admire here; for those unfamiliar with his novels, it's inessential.