Accessibility links
'Beach Rats': A Young Man On A Collision Course With Himself In this closely observed drama about a Brooklyn teen whose sexuality conflicts with his sense of self, writer/director Eliza Hittman makes us feel the social pressures working on him. 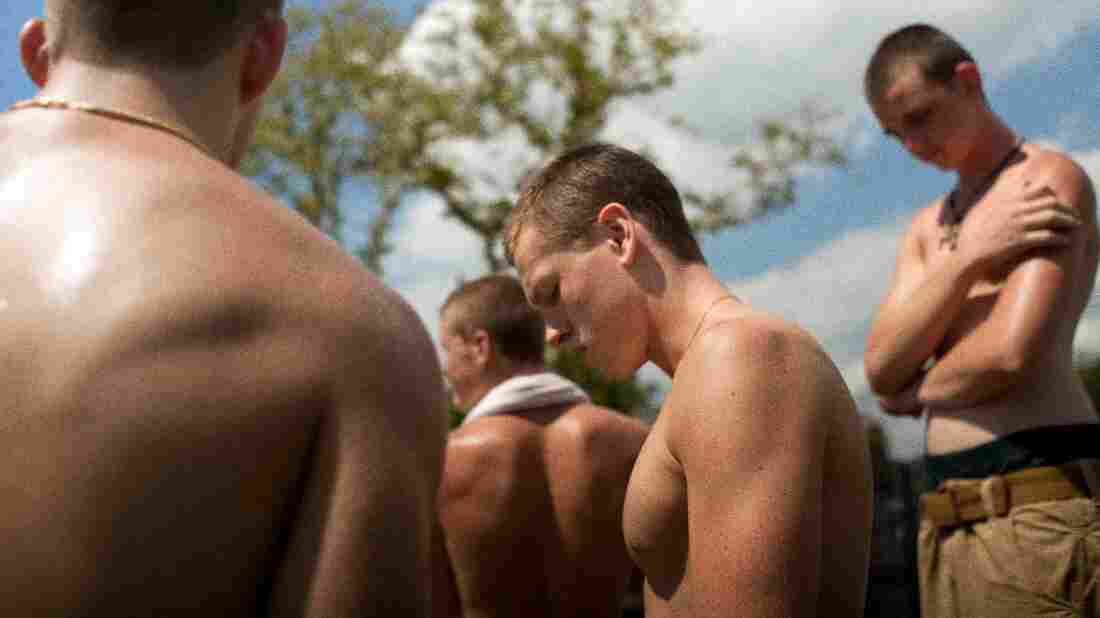 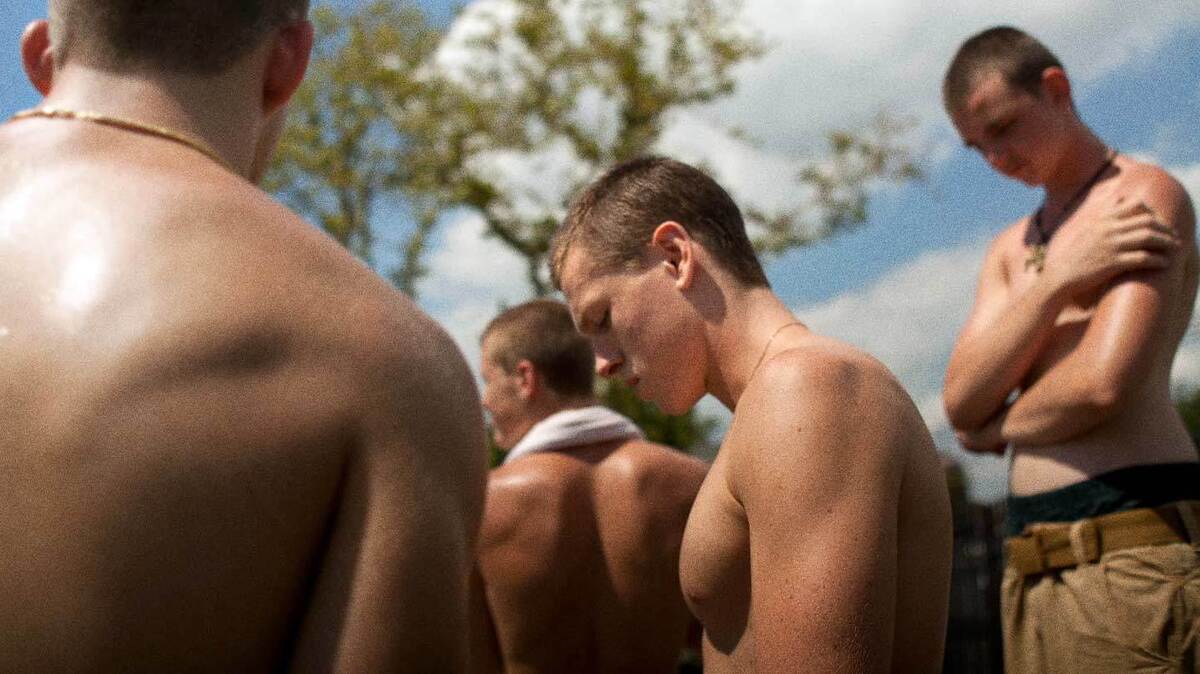 The first words uttered by Frankie, the sexually confused teenager at the center of Eliza Hittman's Beach Rats, are a lie: "I don't really know what I like."

Frankie has logged on to a gay chat room from the computer in his parents' basement, where he sits in virtual darkness, furtively clicking through potential hook-ups. Frankie has worked up the courage to engage with a middle-aged man, who asks if he likes what he sees. The fact is, Frankie does know what he likes — older gentleman, in part because they don't run in the same social circles — but his stated uncertainty is a lie he keeps telling himself, because the truth will have awful repercussions. In his working-class Brooklyn neighborhood, what he likes is not an option.

By description, Beach Rat sounds a little like Moonlight, another gay coming-of-age story about secret pain and repressed desire, and Hittman's hyper-sensual, impressionistic style puts it in the same aesthetic ballpark. But closer antecedents are films like Mean Streets and Saturday Night Fever, which aren't about growing up gay, but articulate the macho rituals and quiet desperation of a particular species of New York City male. The culture may remember Saturday Night Fever for the Bee Gees and John Travolta's disco swagger, but there are the other six nights of the week, too, when Travolta and his buddies stare at their dim future from a listless present.

In another era, Frankie (Harris Dickinson) and his crew might have crossed paths with Travolta's gang on the Coney Island boardwalk, where they can chase skirts without having to splurge on anything more expensive than hot dogs, bumper cars, and cheap weed. When the flirty Simone (Madeline Weinstein) locks eyes on him during the fireworks display, Frankie passively obliges her advances, not least because her confidence and sexual assertiveness relieves him from having to meet her halfway. The night ends poorly, because Frankie's body rejects the fiction his mind is spinning, but the two continue their relationship. In the meantime, Frankie starts to follow his chat-room dalliances into the real world, which sets his double life on a collision course.

Hittman adds other stresses to Frankie's life, like a father suffering through the final stages of terminal cancer in his living room and an addiction to prescription drugs that will hit the wall when he can no longer raid the surplus pain medications. Hittman also gives meaningful time over to Frankie's mother (Kate Hodge), who sets aside her own grief and practical worries to reach him, and his younger sister (Nicole Flyus), who's old enough to start experimenting with boys, too. Mostly, though, Beach Rats devotes itself to laying out the restrictive parameters of Frankie's life: Hangouts like the beach; the vaping parlor; the Coney Island boardwalk, where he and his friends smoke up and ogle women; secret spaces like the dark basement, where he can seek out older men; and the motels and wooded clearings where they can hook up. The film lays out his emotional prison, bar by bar.

Hittman knows this territory well. Her promising debut feature, 2013's It Felt Like Love, treated the nascent sexuality of a teenage girl like a car being steered into oncoming traffic. Fear and desire are two sides of the same coin in both films, which gain a sickening tension from the inevitable consequences of their characters' recklessness. She has an especially strong insight into peer pressure and how mirrored sexual behavior can lead young people into a trap. When they don't have the experience and will to forge their own sexual identity, their friends will define it for them.

Though Hittman's obsessions were unusually refined from the start, Beach Rats opens up to a bigger and more textured vision of adolescent sexuality — still filtered heavily through its hero's perspective, but more observant of the familial and social context that explains his behavior. Hittman doesn't handle the plotting quite as adroitly — the climax is confusing when it means to be ambiguous — but Beach Rats thrives so much on observation that any turn of the narrative was bound to feel contrived. What's special about the film is how much we come to know Frankie, perhaps more than he knows himself.