Accessibility links
Netflix's 'Death Note' Should Be Returned To Sender Based on a hugely popular Japanese manga (and anime, and live-action film series), this rushed and sloppy U.S. production Anglicizes the faces, but not the names.

Netflix's 'Death Note' Should Be Returned To Sender

Netflix's 'Death Note' Should Be Returned To Sender 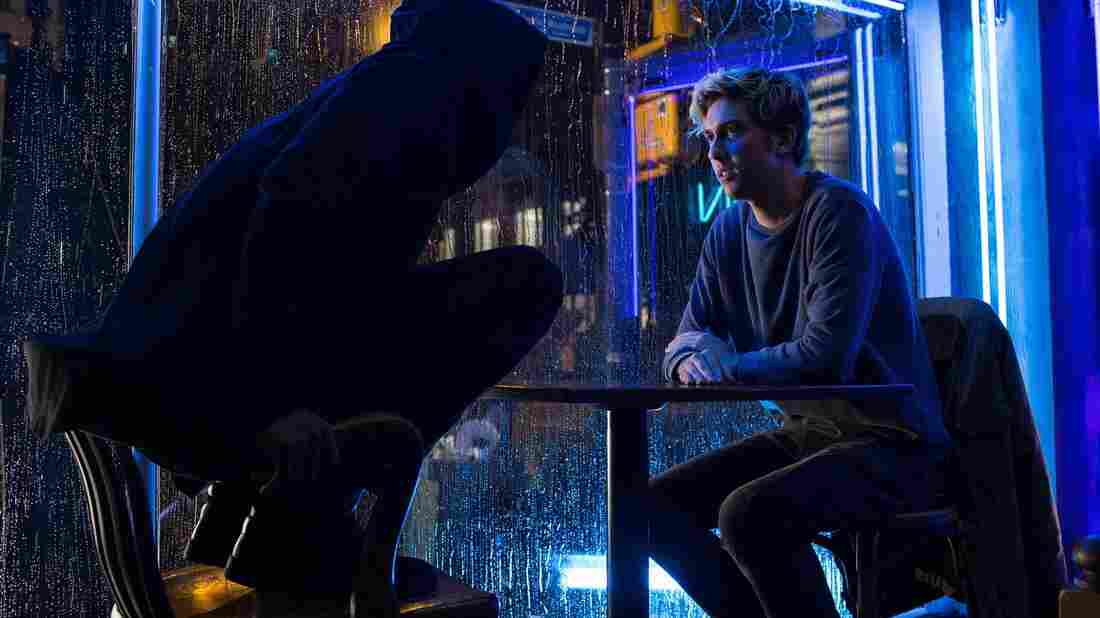 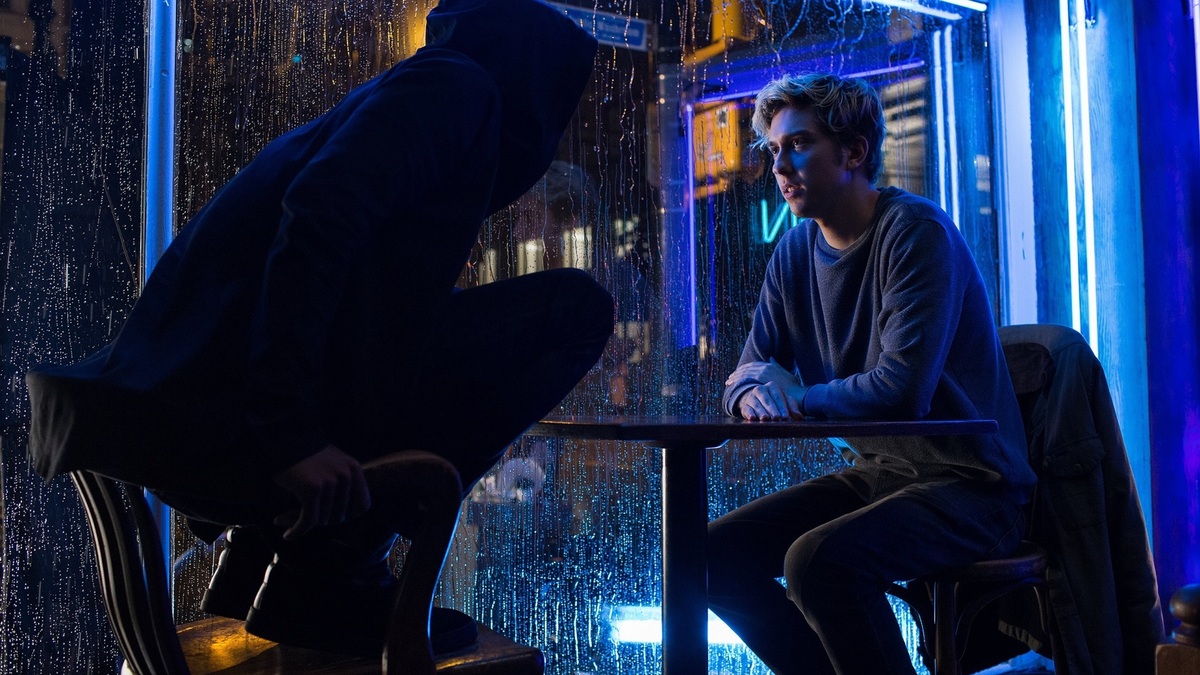 Scrawl this one in your magic killer notebook if you've heard it before: A popular, beloved Japanese manga and anime catches the attention of an American studio desperate for that sweet trans-global box office. The American studio then opts to Anglicize the property, casting largely white actors and leaving intact only the exotic qualities of a vaguely Asian aesthetic. "The name is an intentional misdirection," some astute viewer might observe. "He wants us to believe he's Japanese."

Friends, such a sentiment was not a studio note for this spring's Ghost in the Shell remake, but rather a line of dialogue in the new Netflix offering Death Note — as self-incriminating a thing for an investigator character to say as ever there was.

Death Note was first a manga created by Tsugumi Ohba and illustrator Takeshi Obata, then an anime series (currently available on Netflix as well), and then a live-action film series in Japan. In those earlier incarnations it made sense that a teen with supernatural murder-ability would want to style himself with the name "Kira," which is derived from the Japanese pronunciation of the English killer. But once the book changes hands to some white kid in Seattle, and that kid is using "Kira" just to throw the feds off his scent, that's little more than an "intentional misdirection" aimed at fans of the original Death Note.

Is director Adam Wingard's take on the series the latest example of "whitewashing," that dreaded entertainment industry crime? For a storyline centered around the idea that people can die as soon as their names and faces are known to the public, trotting out those same names, now attached to American faces, probably wasn't the best move. The antihero who gains possession of the deadly notebook is still named Light, his investigator rival still goes by the alias "L," and the spiny-headed trickster deity who pulls all the strings remains Ryuk (now completely divorced from his origins as a Shinigami, an ancient Japanese god of death). But hey, Japanese audiences reportedly weren't terribly put out by the Scarlett Johansson-led Ghost in the Shell, and good things can still come from cultural transplants (see: The Departed). So don't let the ickiness of this new Death Note distract from its true identity as a sloppy gutter thriller that makes less sense because it's been divorced from its origin. The movie is a bored demon who bores his audience right along with him.

Wingard has a strong reputation in horror circles for his inventive genre spins You're Next and The Guest. Then last year he directed Blair Witch, another meek franchise reboot (he seems to be carving a niche for himself, since his upcoming slate includes a new take on South Korean thriller I Saw the Devil and another Godzilla movie). Perhaps wary of the criticisms they'd be facing here, Wingard and his three screenwriters open their Death Note with visions of an American high school: football, cheerleaders, bullies who grab at backpacks. The new Light is a frosted-tipped goth played by Nat Wolff (Paper Towns), an actor whose demeanor is a bit too goofy-goober to sell the character's underlying darkness. The lethal notebook falls to Light out of the sky, along with some convenient instructions: write down the name of a person and think of their face to kill them. Throw in a creative cause of death for good measure —will it be a Final Destination-style chain reaction or a reprise of The Happening's awkward suicides? Maybe you'd like your target to do your bidding first, in a way that has nothing to do with his death. Why not?

Light is further egged on by Ryuk (voiced with trademark menace by Willem Dafoe), although the prosthetic-rendered demon has little to do besides sulk in corners and sneer; his real corrupting influence is girlfriend Mia (Margaret Qualley from The Leftovers), a cheerleader who turns into a psychopath quicker than it takes most pots to boil. The two cold-blooded killers share one of the least convincing "I love you" moments in recent memory, matched only by the hollowness of the betrayal that follows.

Who deserves to die? Light's goal is to target the worst of the worst, beginning with the mobster who killed his mom and moving onto the world's most nefarious criminals. His choices garner "Kira" a global following of worshippers— but of course, murder with total impunity can't really be a force for pure good. That's the narrative's foundational hook, and "L" — a breezy-cool, hooded hacker type who joins forces with the Seattle police department to track down the menace — knows it. "L" attempts to counter Light's every move in a global game of chess, adopting his single-letter pseudonym to keep "Kira" from killing him. Get Out's Lakeith Stanfield, a master of soft-spoken and slightly off characters, does what he can with "L"'s eccentricities, but his spasms of personality (eating candy by the fistful, crouching on the furniture like a bird) seem to have been forced out of the actor like a Sunken Place possession. And no wonder, since they're basically checkboxes on a fan-service list.

In fact, that sense of rushing through a checklist is a common trait of the entire film, which hits fast-forward on choice bits from a sprawling, 108-chapter narrative in order to seed 133 minutes of screentime. This means a lot of rule-reciting for little payoff, rapid-fire allegiance shifts, and rather jumbled philosophy about how "the people" need "a god." Maybe the people should start with simpler demands, like a piece of licensed entertainment that doesn't just give up after securing familiar character names. It might be time for this book to find yet another new owner.