Accessibility links
Jeep: Why This American Icon Could Soon Be Part Of A Chinese Company The Chinese company Great Wall Motor has expressed interest in acquiring the Jeep brand from Fiat Chrysler Automobiles. Sales of Jeep and other U.S. brands have been growing in China. 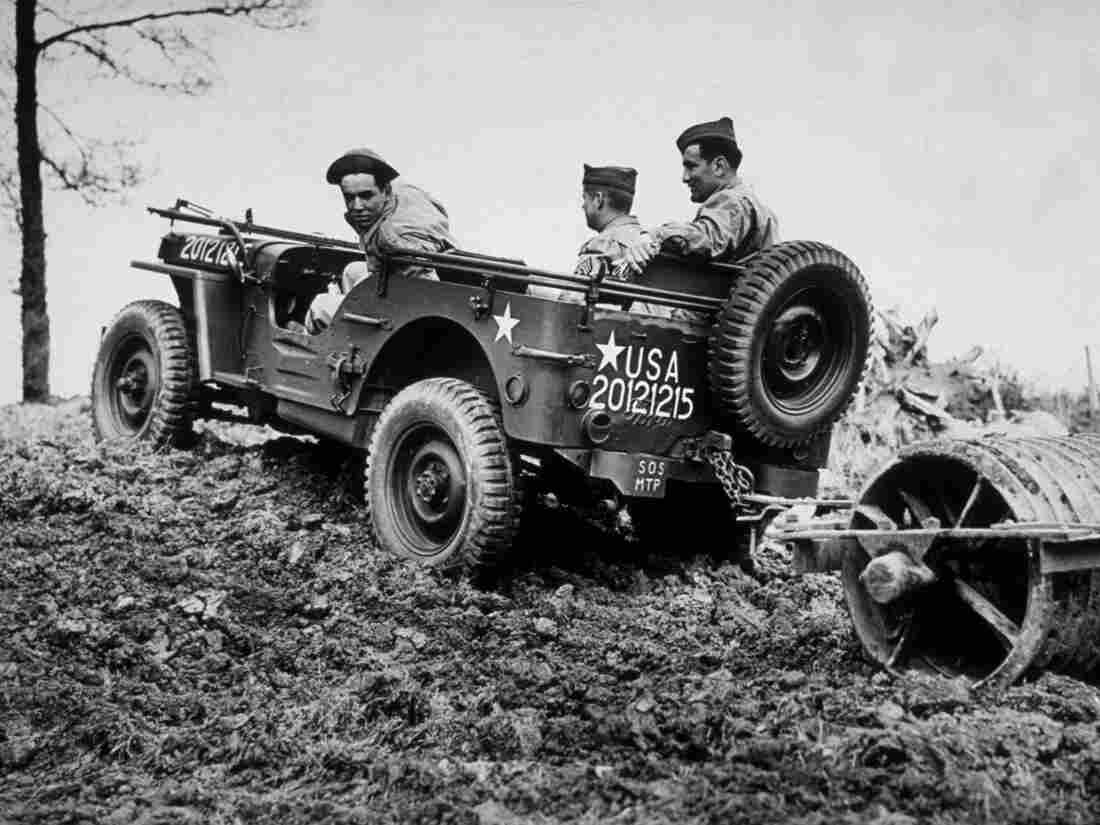 American troops use a Jeep in 1943 to clear land for Army camps in England. Fox Photos/Getty Images hide caption 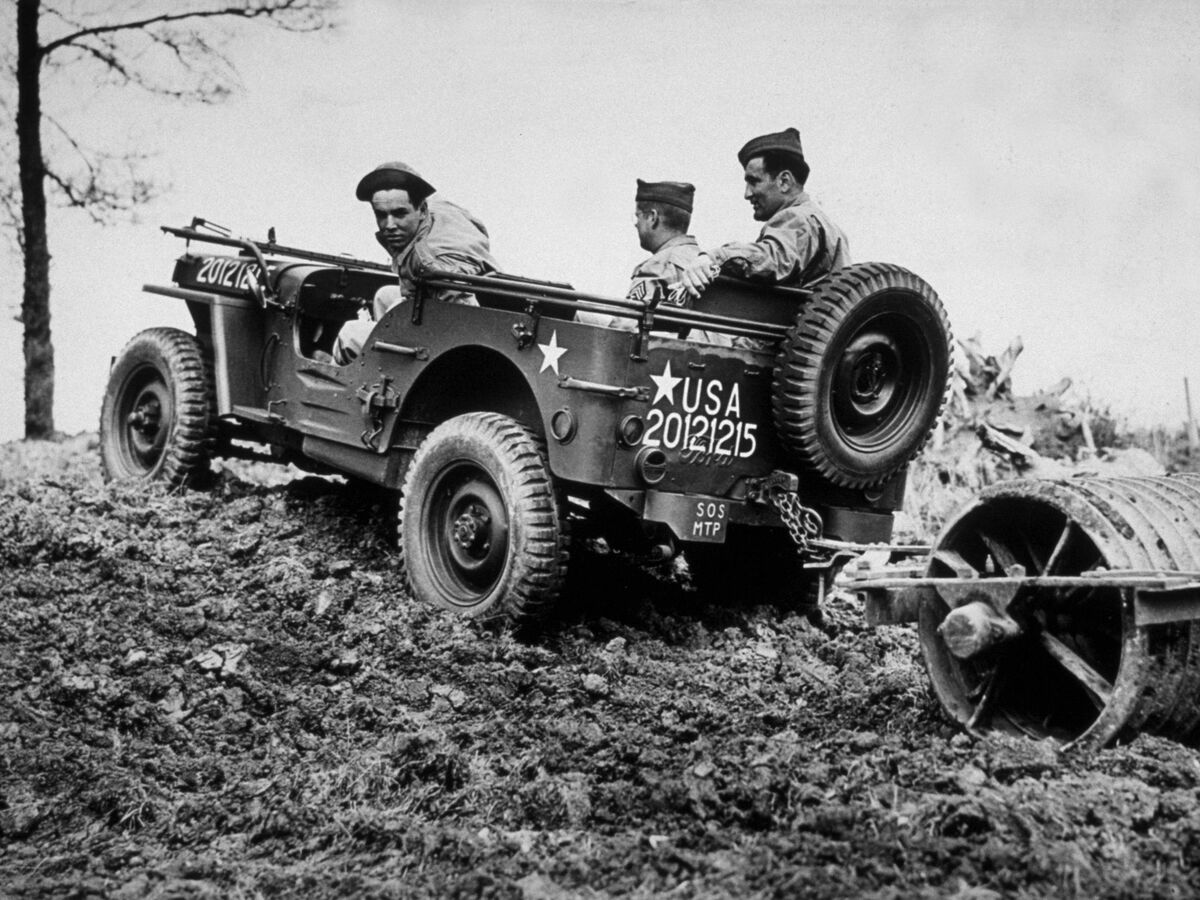 American troops use a Jeep in 1943 to clear land for Army camps in England.

Ever since its fabled role in World War II, Jeep has been an American icon. And now the famous U.S. brand may be sold to a Chinese company.

Jeep was primarily made for the United Sates military, starting in 1941. It was used to transport troops during World War II, and that's when the rugged-looking vehicle captured the imagination of people worldwide.

The name Jeep is shorthand for GP or Government or General Purpose. It was a simple, sturdy and flexible vehicle that allowed for easy fixing on the battleground. After the soldiers returned home, Jeep was ready for sale to the general public in 1945. Its arrival essentially introduced the SUV to the market.

Zeroing in on Jeep isn't surprising, given that it is the jewel in the company's crown and makes up a lot of Fiat Chrysler's sales. In fact, along with the Ram truck, it makes up 95 percent of the company's profits, according to Morgan Stanley.

With Growing Investments, China's Influence In Autos Is Expanding

Not only is Jeep a popular car worldwide but sales have been growing in China since the brand was reintroduced there. Jeep expects to sell 850,000 vehicles in China in 2018, up from 130,000 in 2013. IHS Markit predicts that SUV sales will represent 40 percent of the Chinese auto market in 2020 — quadruple their share in 2010.

The fact that Fiat Chrysler may be considering the sale of its crown jewel gives a sense of the dire straits at the company. Chrysler has long been the sick man of Detroit. The company has nailed some of the city's most important cultural, emotional and style moments, such as depicted in the company's Super Bowl ads.

But its leadership over the decades, from Lee Iacocca to its current CEO, has been erratic. In the past two years especially, Chief Executive Sergio Marchionne has been trying to court merger or buyout partners. 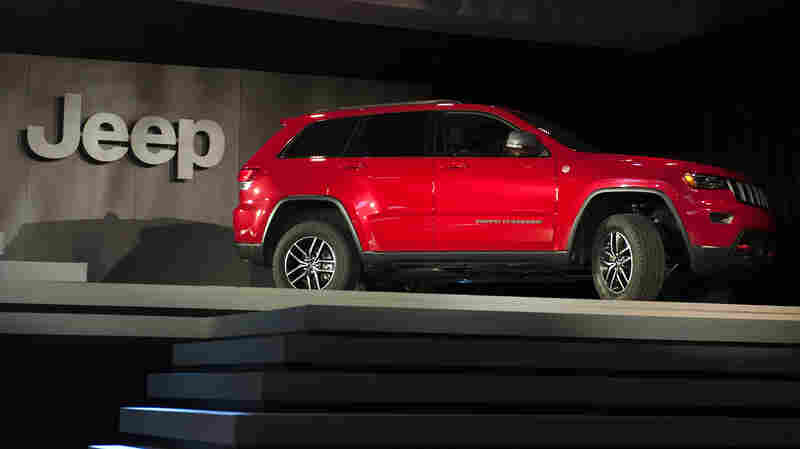 The Jeep Grand Cherokee is one of the few vehicles made inside the city of Detroit today. Bryan Thomas/Getty Images hide caption 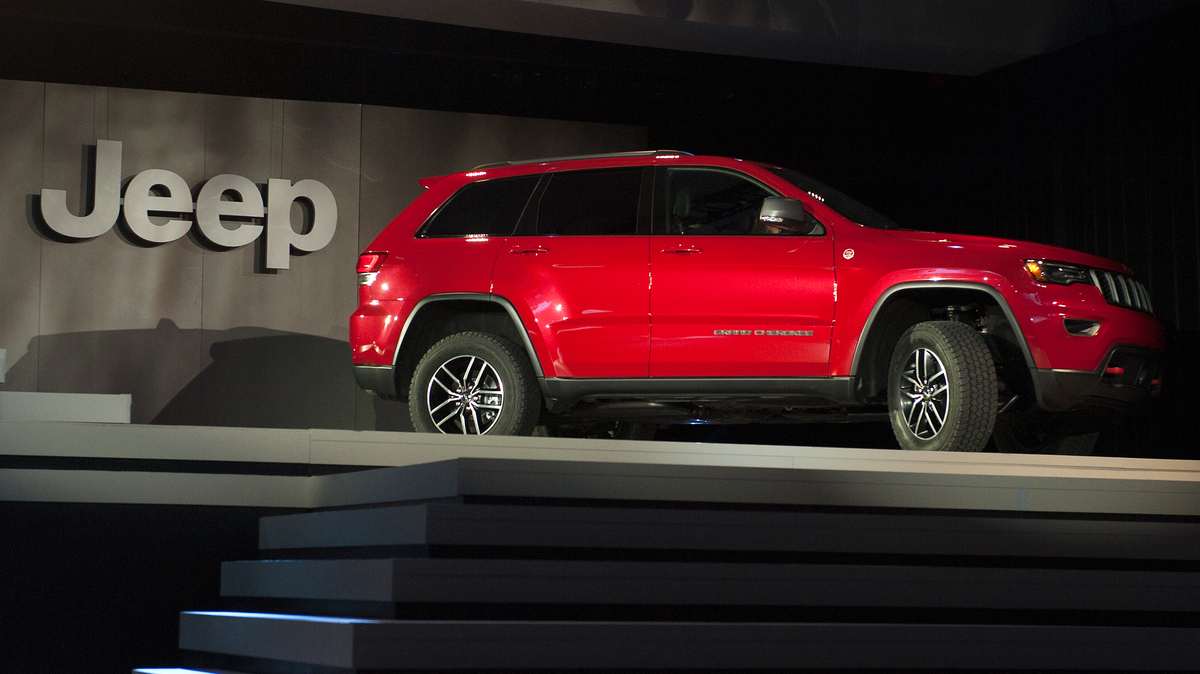 The Jeep Grand Cherokee is one of the few vehicles made inside the city of Detroit today.

Jeep expanded its SUV line in the 1980s and '90s. The Jeep Grand Cherokee, introduced in 1993, is one of the few vehicles made inside the city of Detroit today. Jeep's plants in Detroit and outside Toledo, Ohio, are tremendously important to the economies of those cities. Jeep is probably the most Midwest-centered of the brands, when it comes to manufacturing. In addition to Detroit and Toledo, Jeeps are made in Kokomo, Ind.; Belvidere, Ill.; and Mexico.

Despite their popularity, Jeeps aren't necessarily great cars. They, along with other Fiat Chrysler brands, are consistently the lowest-scoring brands by Consumer Reports in terms of quality.

The reporter's take is that it is an SUV with no storage space. It has a small cabin, but because of its size, it's hard to park. It gets terrible gas mileage. Its convertible top takes 20 minutes to take down.

Ford Shifts Focus (Again): Car Will Be Imported To U.S. From China, Not Mexico

Sales Of Convertibles Are Decelerating; Blame The (Fuel) Economy