Accessibility links
1 In 10 Bernie Sanders Supporters Ended Up Voting For Trump Yes, Bernie Sanders supporters who voted for President Trump could have cost Hillary Clinton the election. But then, about the same share of Republican primary voters defected to Clinton.

Here's How Many Bernie Sanders Supporters Ultimately Voted For Trump

Here's How Many Bernie Sanders Supporters Ultimately Voted For Trump 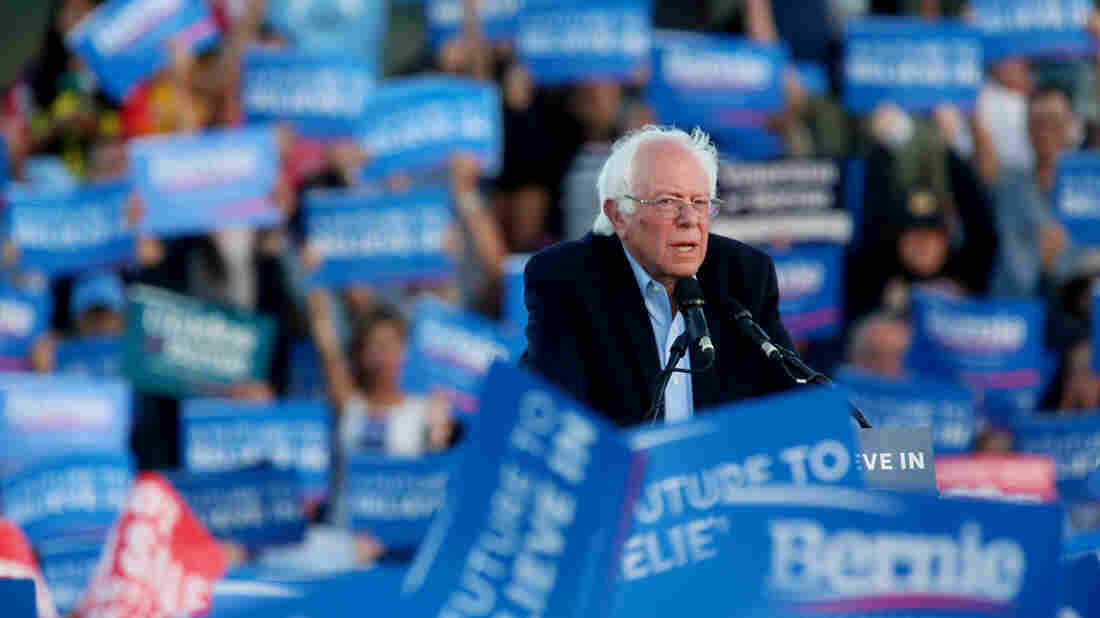 Democratic presidential candidate Sen. Bernie Sanders of Vermont inspired millions of loyal supporters, some of whom chose not to support Hillary Clinton in the general election in 2016. Sandy Huffaker/AP hide caption 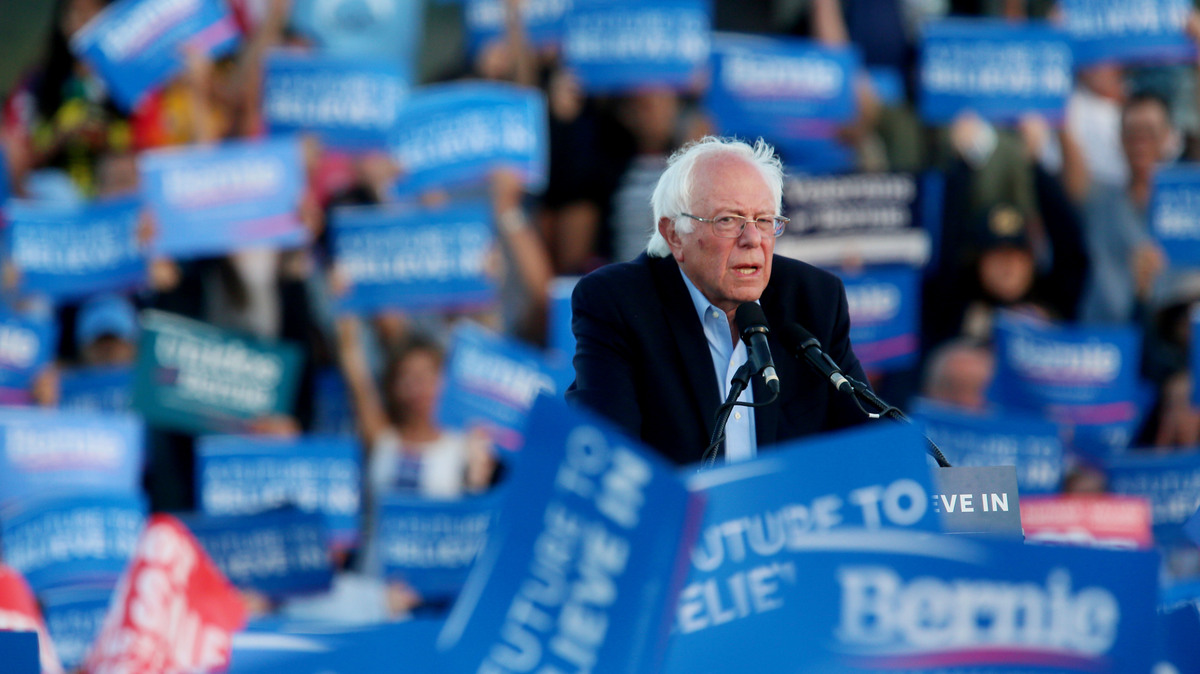 Democratic presidential candidate Sen. Bernie Sanders of Vermont inspired millions of loyal supporters, some of whom chose not to support Hillary Clinton in the general election in 2016.

Fully 12 percent of people who voted for Sen. Bernie Sanders, I-Vt., in the 2016 Democratic presidential primaries voted for President Trump in the general election. That is according to the data from the Cooperative Congressional Election Study — a massive election survey of around 50,000 people. (For perspective, a run-of-the-mill survey measuring Trump's job approval right now has a sample of 800 to 1,500.)

Schaffner's numbers show that after a bitter Democratic primary, more than 1 in 10 of those who voted in the primaries for the very progressive Sanders ended up voting for the Republican in the general election, rather than for the Democratic candidate, Hillary Clinton.

What drove those voters to Trump? Schaffner dug into that, as well. What it wasn't was trade, an issue where Sanders was closer to Trump's philosophy than Clinton's. At least, the issue of trade didn't seem to have that much of an impact.

For those suggesting this is about trade, note that opposition to TPP is not dramatically different among defectors. 8/n pic.twitter.com/Fu0GhL58bU

It is also the case that the defectors are not fans of Obama, as this chart shows. 7/n pic.twitter.com/HjictmLnnT

And then there is race. Nearly half of Sanders-Trump voters disagree with the idea that "white people have advantages."

But there does appear to be a racial component to this, as defectors are much more likely to disagree that whites are advantaged in US 9/n pic.twitter.com/zcoHm9APNf

This tracks with broader observations about election 2016 — for example, as I wrote last week, in general, the larger a state's general-election Trump vote, the less likely its residents are to perceive a lot of discrimination in the world, according to data from the Public Religion Research Institute. And another postelection study — co-authored by Schaffner — found a "relatively strong indication that racism and sexism were more important in 2016 than they had been in previous elections."

To answer the question that many Clinton supporters may be asking: By this data, yes — there are enough of those Sanders-Trump voters who could have potentially swung the election toward Clinton and away from Trump.

Specifically, if the Sanders-Trump voters in Michigan, Wisconsin and Pennsylvania had voted for Clinton, or even stayed home on Election Day, those states would have swung to Clinton, and she would have won 46 more electoral votes, putting her at 278 — enough to win, in other words.

But then, it's not as simple as that. First off, this counterfactual world in which these voters didn't vote for Trump rests on a few ifs. If the Sanders-Trump voters in these three states had defected and if nothing else had happened to somehow take electoral votes from Clinton elsewhere and if this survey is correct ... then yes, Clinton would have won. (Some would also argue that if Clinton had campaigned more in the so-called "blue wall" states, she also could have picked up more votes.)

A more important caveat, perhaps, is that other statistics suggest that this level of "defection" isn't all that out of the ordinary. Believing that all those Sanders voters somehow should have been expected to not vote for Trump may be to misunderstand how primary voters behave.

All of that said, one other figure that stuck out to Schaffner: Compared with those numbers above, Clinton 2016 voters were remarkably loyal — "I found basically no Clinton primary voters who voted for Trump," he told NPR in an email.

When will it end?

Data like this might seem like yet another step in what will be an endless 2016 election relitigation. And it's true that there is bound to be plenty more in the coming months and years — particularly as Clinton releases her memoir on the campaign next month.

All of the unusual factors in election 2016 — the first female major-party candidate, the first major-party candidate with no military or elected-office experience — combined with the election's surprises — that there were actually a number of Obama voters who went for Trump, that the far-better-funded candidate lost, that the Republicans essentially torched the playbook they wrote after they lost in 2012 — mean that there are plenty of questions to answer in coming years.