Accessibility links
'Prince Of Broadway' Pays Tribute To A Musical Theater Legend Harold Prince began his career on Broadway as an unpaid assistant in his 20s. Now, at 89, the producer and director has 21 Tony awards and a long list of hit musicals to his name. 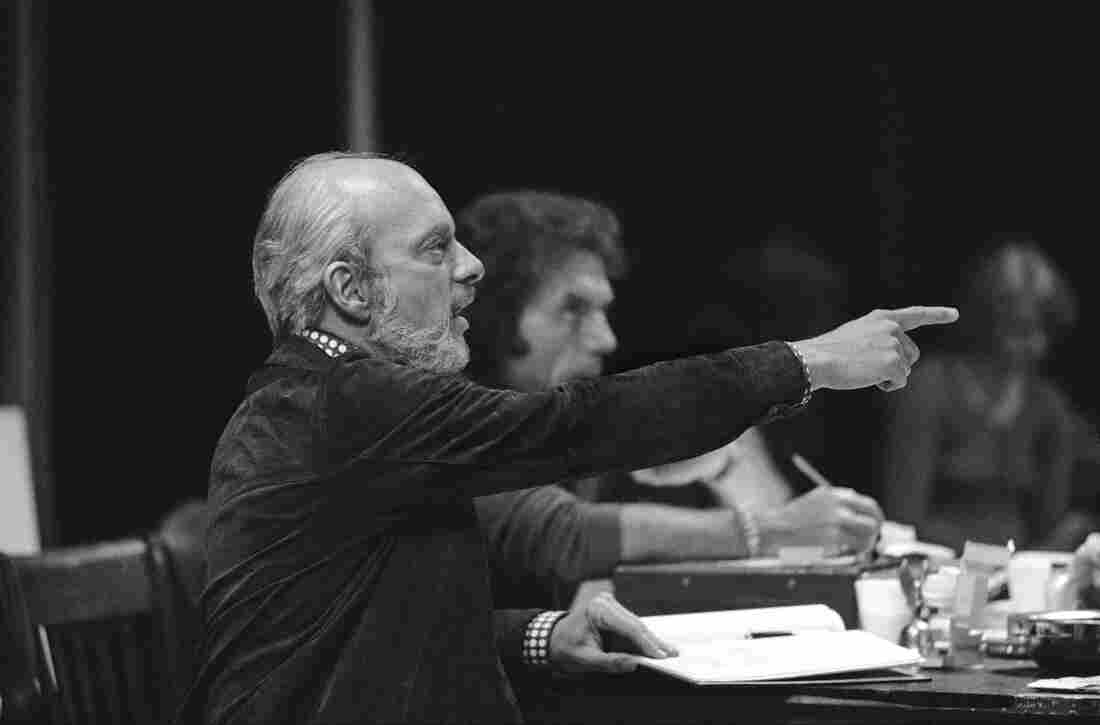 Hal Prince was in his 20s when began working on Broadway, as an unpaid assistant to director George Abbott. In his nearly 70-year career, Prince has won 21 Tony awards. He's shown above in New York in November 1974. Jerry Mosey/AP hide caption 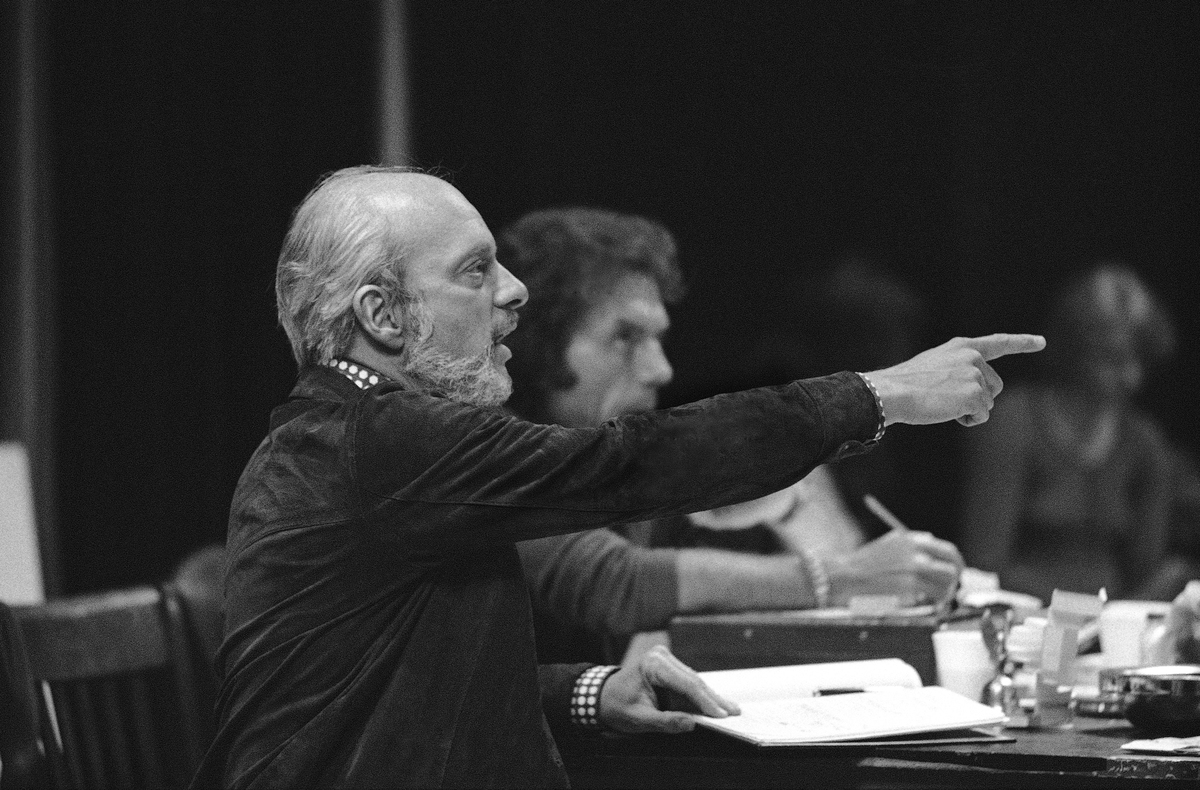 Hal Prince was in his 20s when began working on Broadway, as an unpaid assistant to director George Abbott. In his nearly 70-year career, Prince has won 21 Tony awards. He's shown above in New York in November 1974.

Tony Award-winning composer John Kander has a favorite story about Broadway producer and director Harold Prince: In 1965, he and lyricist Fred Ebb were working on a show that Prince produced called Flora, The Red Menace and it was not going well. 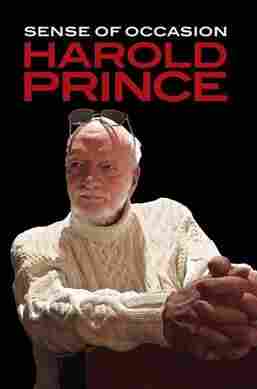 "A week before the show opened, Hal had said 'Whatever happens to Flora, we'll meet at my apartment and work on the next piece,' " Kander recalls. "And that's exactly what happened." The show didn't take off, but Prince and Kander met up and started working on a new project — which eventually became Cabaret.

Prince is always onto the next thing. So, it's kind of surprising that he's taking the time to look back on his nearly 70-year career — which includes Damn Yankees, Fiddler on the Roof, West Side Story, Sweeney Todd, The Phantom of the Opera, and 21 Tony Awards. Prince has written a new memoir, Sense of Occasion, and Thursday night, a show called Prince of Broadway — featuring numbers from his hit shows — is opening on Broadway.

Prince says he wants to share with contemporary audiences the seismic shift in musical theater he went through, starting in the 1950s, when pop hits often came from musicals.

"Popular music was the music of musicals, and it isn't anymore," he says. "So, once that happened, you could examine other subjects and make musical numbers about an infinite variety of complicated psychological matter." 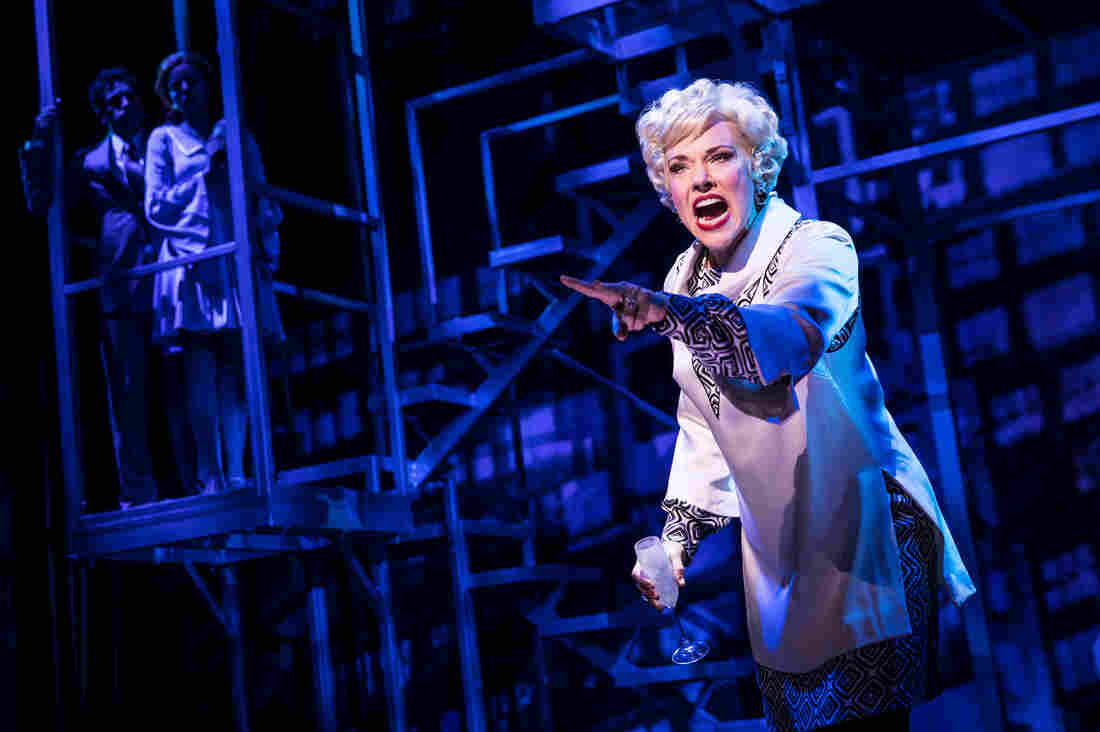 Emily Skinner performs "The Ladies Who Lunch" from Company, featured in Prince of Broadway, a musical celebration of Hal Prince's career. The show is directed by Prince, with a script by David Thompson, music supervision by Jason Robert Brown and co-direction and choreography by Susan Stroman. Matthew Murphy/Boneau/Bryan-Brown hide caption

And the shows Prince produced and/or directed reflect that; the rise of Nazis in pre-World War II Germany in Cabaret, disillusionment and the American Dream in Follies, the murderous effects of 19th-century industrialization in Sweeney Todd.

"I'm very issue oriented and I like a good story in the theater ..." he says. But "in order to do decent work ... I have to have some kind of metaphor or I can't do it."

Prince has helped create what have been called "concept musicals." One of his most frequent collaborators and closest friends is composer and lyricist Stephen Sondheim.

"He always makes me want to go to the piano and write," Sondheim says. "I always leave meetings with Hal just bursting with ideas. Hal's as stimulating as anybody I've ever met."

Sondheim wrote the song "A Weekend in the Country" during rehearsals for A Little Night Music, after Prince showed him what the staging could look like. And that's one of Prince's real talents, says another frequent collaborator, composer Andrew Lloyd Webber.

"He is so visual," Webber says. "And when he gets something right, visually, I mean, nobody gets it more right than him." 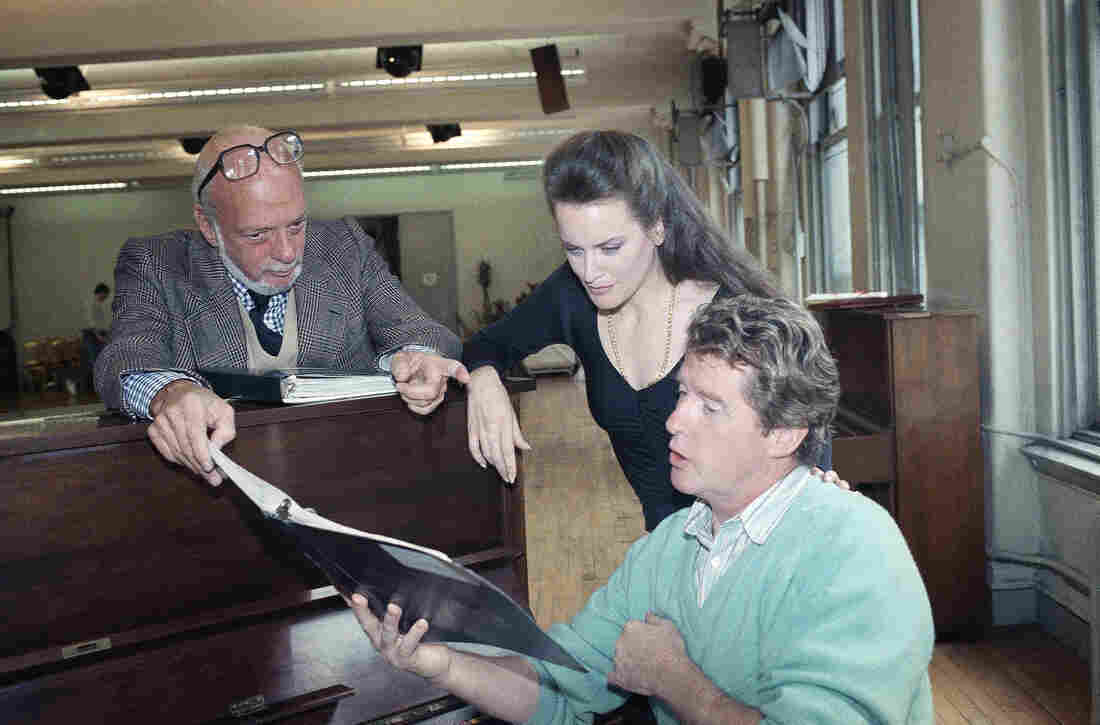 Hal Prince (left) works with Dale Kristien (center) and Michael Crawford in a rehearsal for Phantom of the Opera in April 1989. Adam Stoltman/AP hide caption 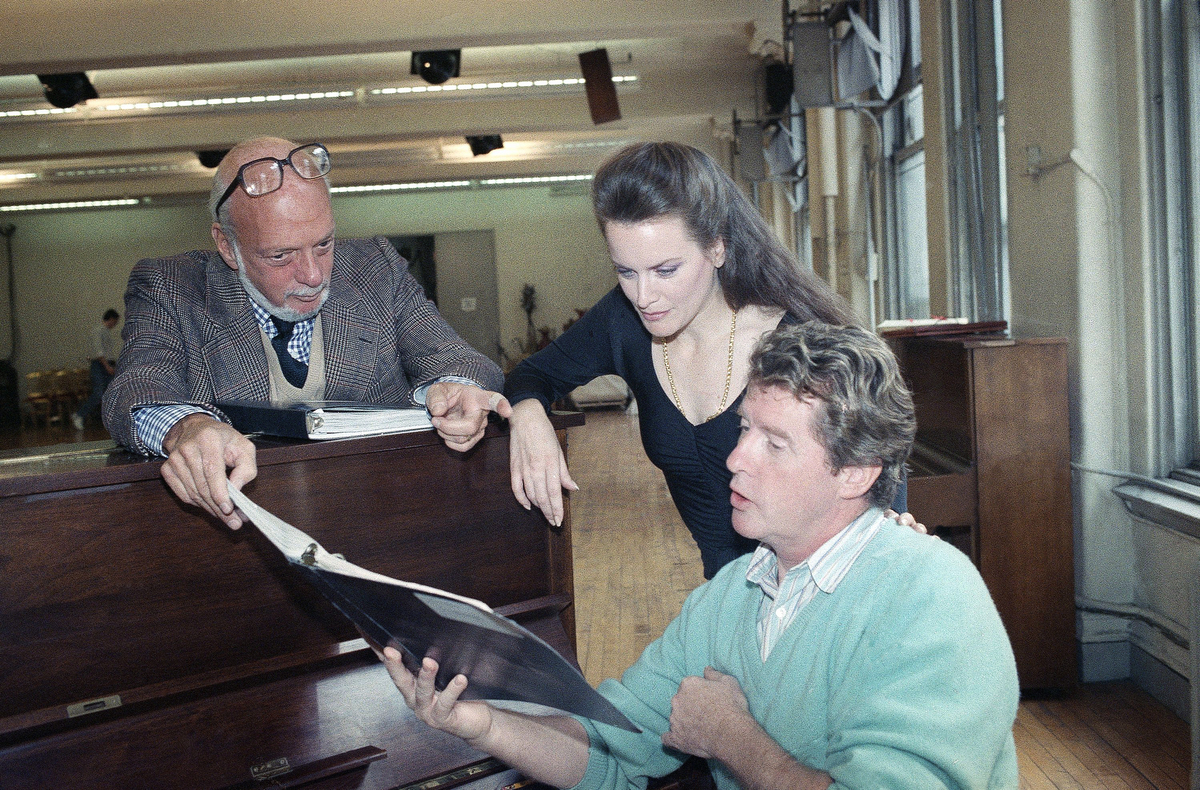 Hal Prince (left) works with Dale Kristien (center) and Michael Crawford in a rehearsal for Phantom of the Opera in April 1989.

Webber and Prince collaborated on Evita and The Phantom of the Opera. Phantom is, by far, the biggest hit Prince has ever directed. It's been running on Broadway for 30 years. But he's also seen his share of flops, and his wife of 55 years, Judy, confronted him one day. He remembers her saying: "I'm sick to death of you talking about hits and flops. Do you not acknowledge that some of your greatest successes were flops at the box office and some of your biggest hits were not such damn successes artistically?"

So, he keeps working. The 89-year-old director says it's not enough to have talent or intellectual curiosity or an impeccable work ethic.

"There is not an artist in the world who achieves any success who hasn't had a lot of luck," Prince says. "You're lucky to be born when you are, where you are."

And American musical theater is lucky that Hal Prince has helped to shape and define it.