Accessibility links
As Kansas City Booms And Sprawls, Trying Not To Forget Those In Between The city's suburbs are growing and its downtown is once again thriving - but what's happening in the middle? 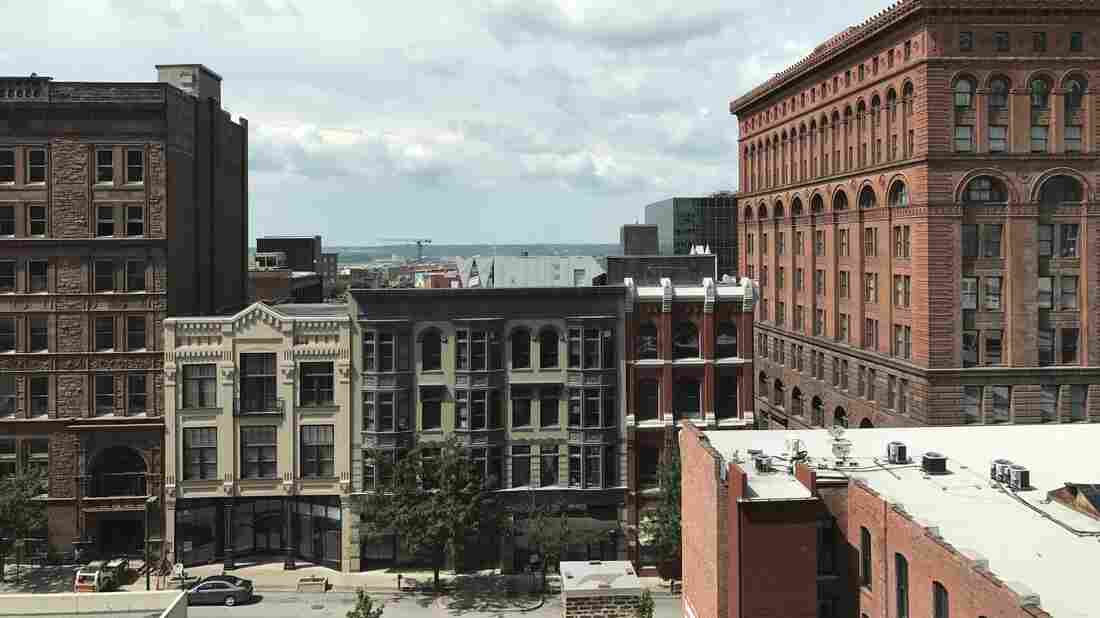 There's been a lot of public and private investment in Kansas City's downtown since the 1990s. Sarah McCammon /NPR hide caption 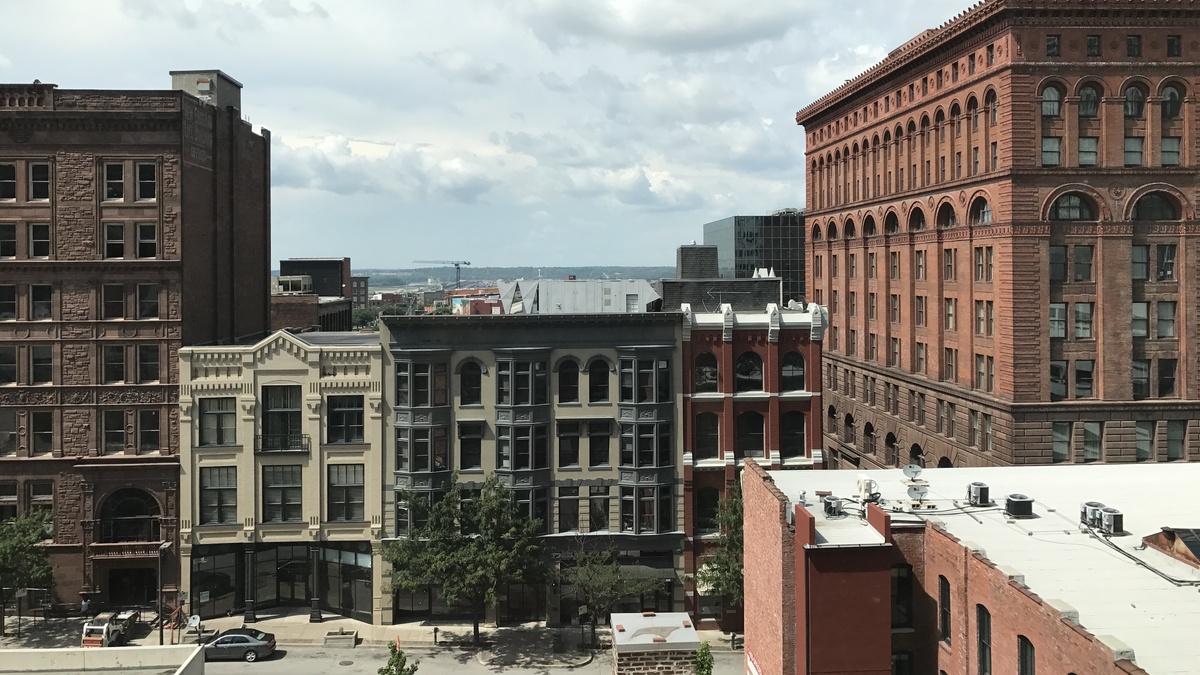 There's been a lot of public and private investment in Kansas City's downtown since the 1990s.

This summer, NPR reporters are returning to their hometowns to see how they've changed. Sarah McCammon grew up in Kansas City – on the Missouri side of the state line.

Like a lot of places, Kansas City is experiencing a couple of major trends – suburban sprawl and, more recently, a downtown revitalization.

My two siblings who still live there are a pretty good example of this. My brother, Dan Fowler, is in his late 20s, works for a tech startup and, like many of his friends, lives in downtown Kansas City, Mo.

Growing up, he remembers driving through downtown "hurriedly" en route to other places, but a lot has changed.

"I just remember it as being the run-down place that nobody really goes, but now I'm living here, and I really wouldn't live anywhere else," he said.

There's been a lot of public and private investment in the downtown since I left in 1999: a new streetcar, restaurants and bars, a thriving arts district and recently-converted condos, like my brother's, which overlooks the Central Business District with the Missouri River in the distance. 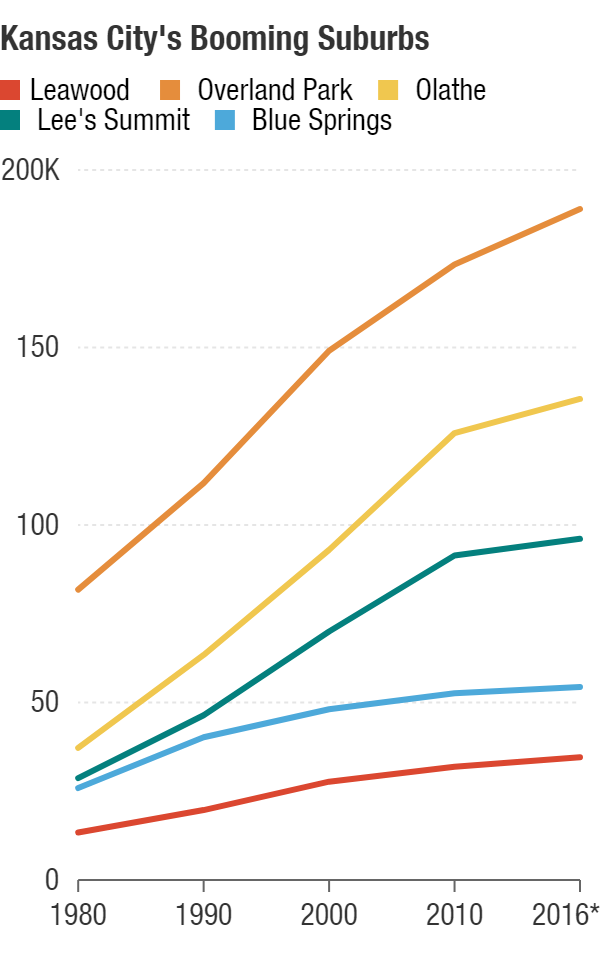 The Kansas City metropolitan area – which straddles the Kansas-Missouri state line – is spread out. It's built on what was once a prairie, with more freeway miles per capita than any other major metro area. For a major city, the traffic is relatively light, and you can drive out south to the Kansas suburbs in half an hour or so. There, farmland has been slowly turning into subdivisions, office parks, and shopping centers for many years. For example, the popular Kansas City suburb of Overland Park has grown from nearly 82,000 people in 1980, the year before I was born, to almost 190,000 people today - far outpacing the rate of growth for the state of Kansas as a whole.

My sister, Mary Hodges, and her husband are in their 30s, with a growing family. They recently bought a house in the Kansas suburbs.

But my memories of Kansas City center around neither downtown nor the suburbs. Most of my early years were spent in neighborhoods in between – like Grandview, Hickman Mills, and Raytown – full of modest ranch-style homes and strip malls.

I went to a private religious school – Blue Ridge Christian – based in a church on the edge of Raytown. Larry Becker, a teacher whose family helped found the school, grew up in Raytown when it was a predominantly white, middle-class suburb of Kansas City. He still lives in the area.

Since Becker's childhood, the city has grown up around Raytown, and poverty risen has steadily over the past couple of decades; the poverty rate for Raytown has more than doubled since 2000, according to U.S. Census data. 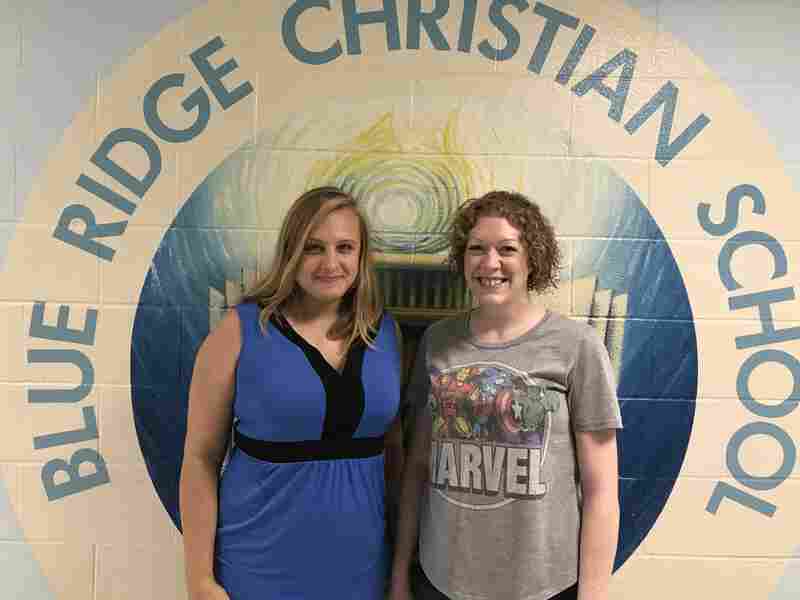 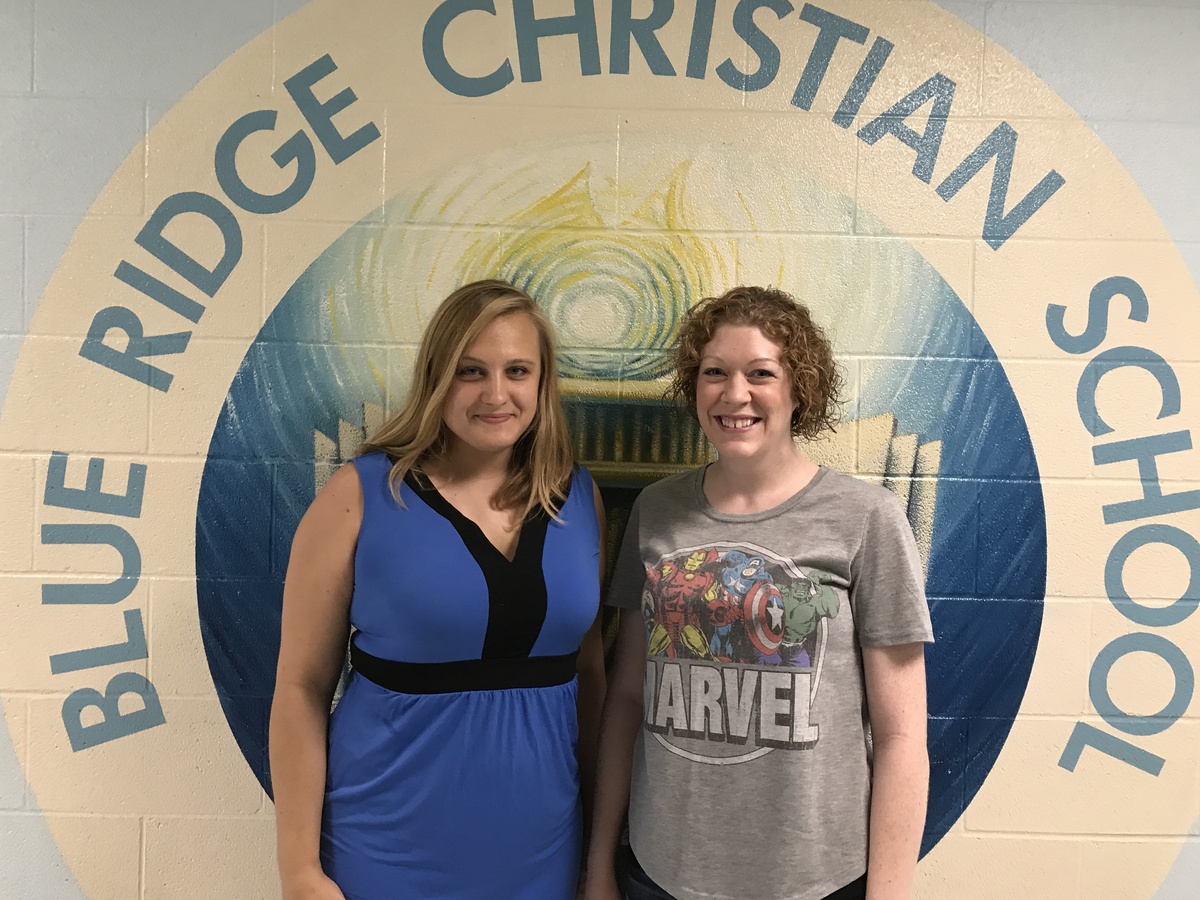 Becker said the Christian school struggled to survive in a place where many families can't afford private school tuition.

I've known Becker's daughter, Sarah Helmering, since we were in preschool. We went for a drive through the old neighborhood, to what used to be a major Kansas City shopping destination a couple of miles from the school – Bannister Mall. Our families, and lots of others, shopped there in the 1980s and '90s; but because of a struggling economy, and declining interest in traditional malls, it was leveled several years ago.

"It certainly is a different landscape than what was here when we were growing up," Helmering said as she pulled onto Interstate 435, which runs through the area. "It still, every time I drive by this area, still is so strange to me to look over into this area and not see Bannister Mall."

The site is now home to a giant corporate campus for Cerner Corp., a growing, Kansas-City based health information technology company.

"We're in continual need for office space, and when this property became available – given its central location within Kansas City – it was a perfect opportunity for us," Chief Operating Officer Mike Nill said.

Our Christian school recently moved out of the neighborhood after enrollment plummeted. The church, also facing declining numbers, is also preparing to move.

That's creating an opening for another congregation, closer to the city's urban core, which is raising money to buy the property. On a recent Sunday morning at Grace Baptist Church of Greater Kansas City, Rev. Aaron Lavender led the congregation in singing the old hymn, "There is Power in the Blood."

Lavender said he's had a friendship with the leaders of Blue Ridge Bible Church for many years. When he learned about the opportunity to buy the property in the Raytown area – which is becoming increasingly black and Hispanic – he saw it as a "prime location" for his church, which is running out space for its youth programs and other activities. Raytown was about 98 percent white in the 1980 Census; recent surveys put the white population around 65 percent, with a growing number of black and Latino residents.

"I think once the opportunities become available, and there are no longer restrictions – written or unwritten – I think people want to take advantage of that," Lavender said.

The plan to move follows an old pattern: Lavender says the church bought its current building in the early 1990s – also from a white congregation that was leaving.

"We call it 'white flight' ... When the neighborhood changes, you know, whites move," Lavender said.

Kansas City has struggled to integrate many of its neighborhoods, says Dianne Cleaver, who runs the nonprofit Urban Neighborhood Initiative (Cleaver is also married to former Kansas City Mayor and current Rep. Emanuel Cleaver). The heavy reliance on cars and highways here has compounded the problem, she said, keeping lower-income and often minority families close to downtown.

As in many other cities, black families have suffered from racist practices like redlining, which barred them from living in certain areas. One of the city's most famous developers, J.C. Nichols, was known for building subdivisions for several decades in the early 20th century that explicitly banned African Americans. Cleaver says once those practices were stopped, many black families have gradually migrated outside the urban core to places like Raytown.

"People were trying to get into better neighborhoods, better school districts, get away from some of the crime, and those inner-ring suburbs ... didn't seem like a bridge too far," Cleaver said. "That seemed like an accessible place – both in terms of the affordability of the housing, and just not being so far out as some of the suburbs that seemed ... kind of culturally out of reach."

Cleaver said she hopes as Kansas City's downtown and suburbs continue to attract investment – and young professionals like my siblings – the places and people in between won't be forgotten.