Accessibility links
Rita Dove: Set Phasers To Poem Ask Me Another goes to the Virginia Arts Festival with former U.S. Poet Laureate Rita Dove. We quiz the Star Trek: The Next Generation fan on famous poems rewritten about characters from the series. 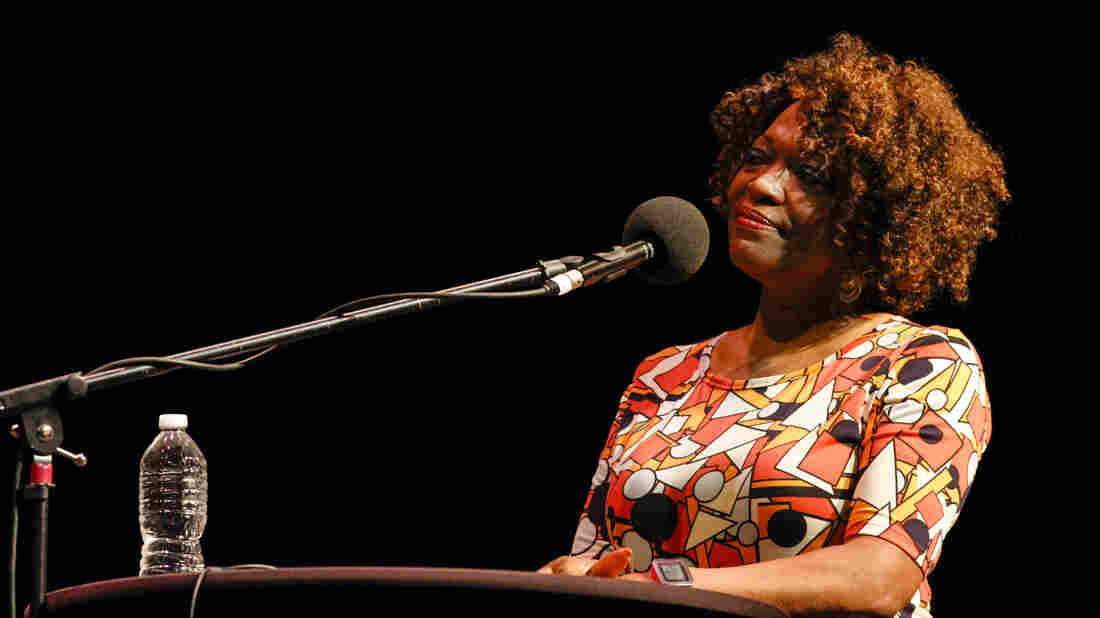 Rita Dove on Ask Me Another. Mike Katzif/NPR hide caption 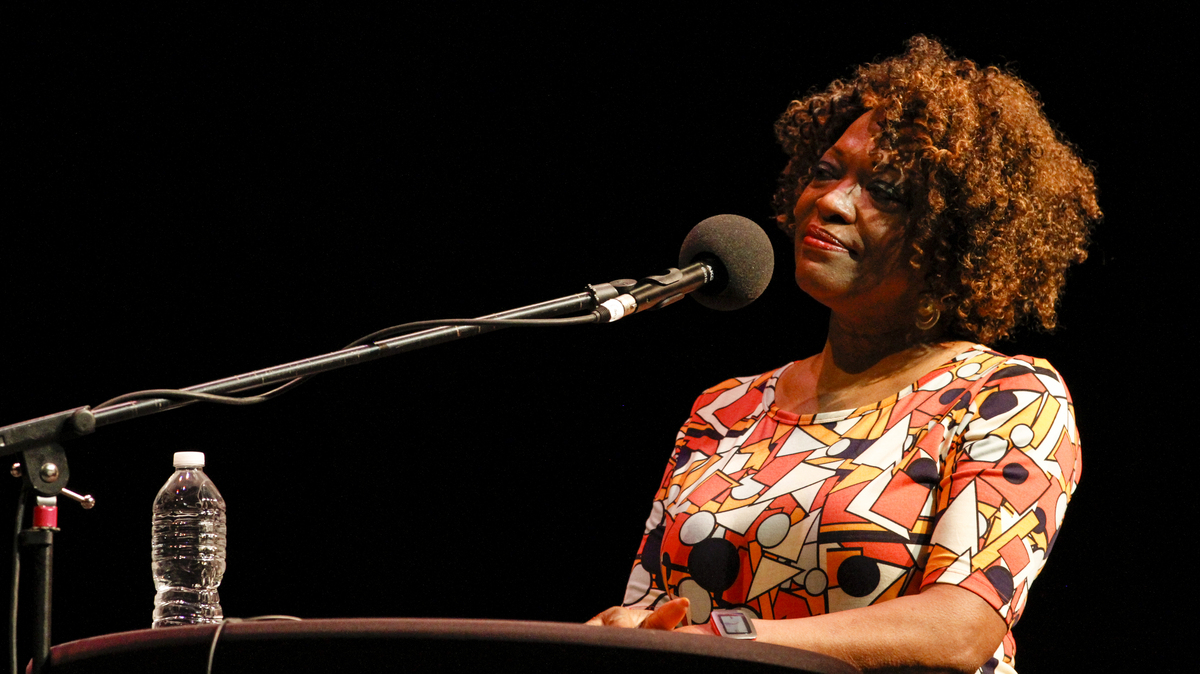 Rita Dove on Ask Me Another.

Pulitzer Prize-winning poet Rita Dove always knew she was happiest while reading. As the only artist in a family of scientists, she jokingly described herself to host Ophira Eisenberg at the Virginia Arts Festival as the "typical black sheep of the family." As a child, she would read anything she could find around her house, from science books to Shakespeare. In fact, Dove's mother would quote Shakespeare to her before she knew who he was. "She'd be cutting the roast and say, 'Is this the dagger I see before me?'...I just thought she was just getting a little, you know, kinda over the top! I didn't realize she was quoting someone," she recounted to Eisenberg.

These Are The 2016 National Book Award Finalists

Now an accomplished poet and professor at the University of Virginia, Dove keeps particularly strange hours—from midnight to six in the morning! "Truly, I come alive after dark like a vampire, and I just suck that blood all night long."

As a former U.S. Poet Laureate, Dove is used to raising the public's awareness of poetry. We asked her to continue this advocacy by improvising a totally new poem based on our two-word prompt, "pleasure beach." This is what she came up with:

Take a ribbon of sand

Water that laps and receives

We walk the stretch

A bit of pleasure

That's what you name a beach

As if Dove hadn't done enough, we challenged this Star Trek: The Next Generation mega-fan to a special Ask Me Another game. We rewrote famous poems to be about characters from the popular TV series and asked Dove to guess who they were about.

Rita Dove on her poems about ballroom dance from American Smooth

I was pretty much dancing through every poem. I really wanted to try to get some poems that sounded like the dance they were describing.

Rita Dove on her love for Star Trek: The Next Generation

...And then came along this show that had all these different species and races, and they all just got along together. It was just amazing.