Accessibility links
With Trump White House, Are Ethics Issues Becoming Just Part Of The Scenery? While giving reporters his reaction to the violence in Charlottesville, Va., the president reminded them he owns a vineyard there. But that presidential product placement was a blip on the radar. 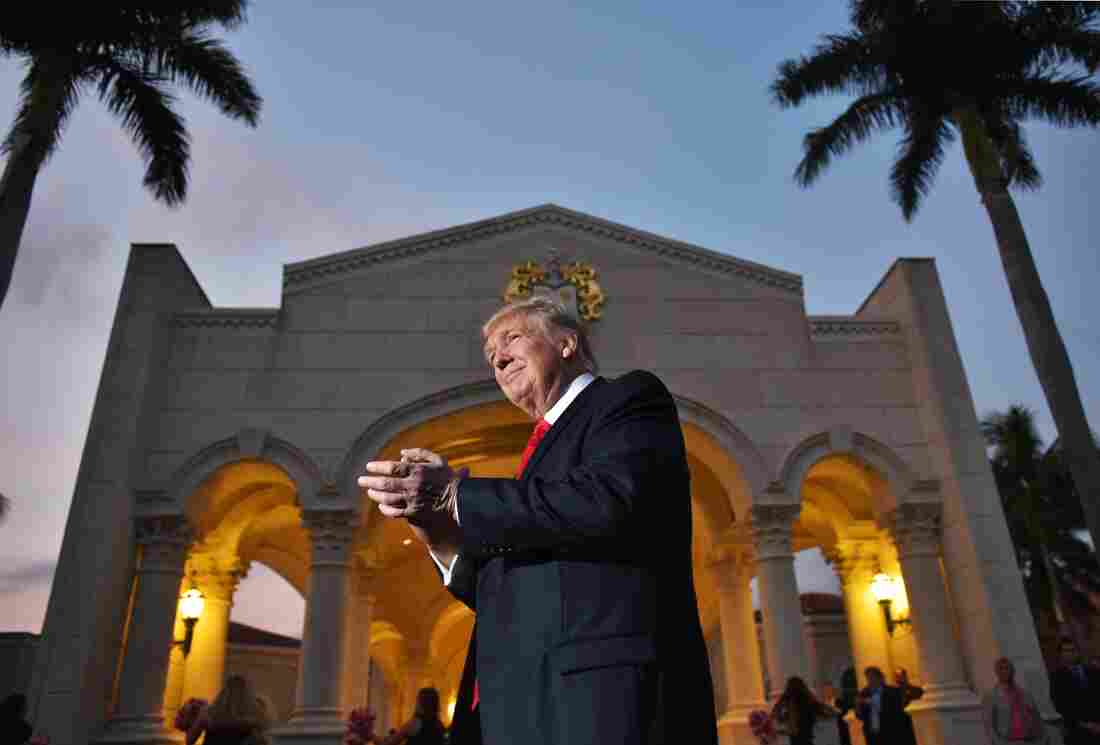 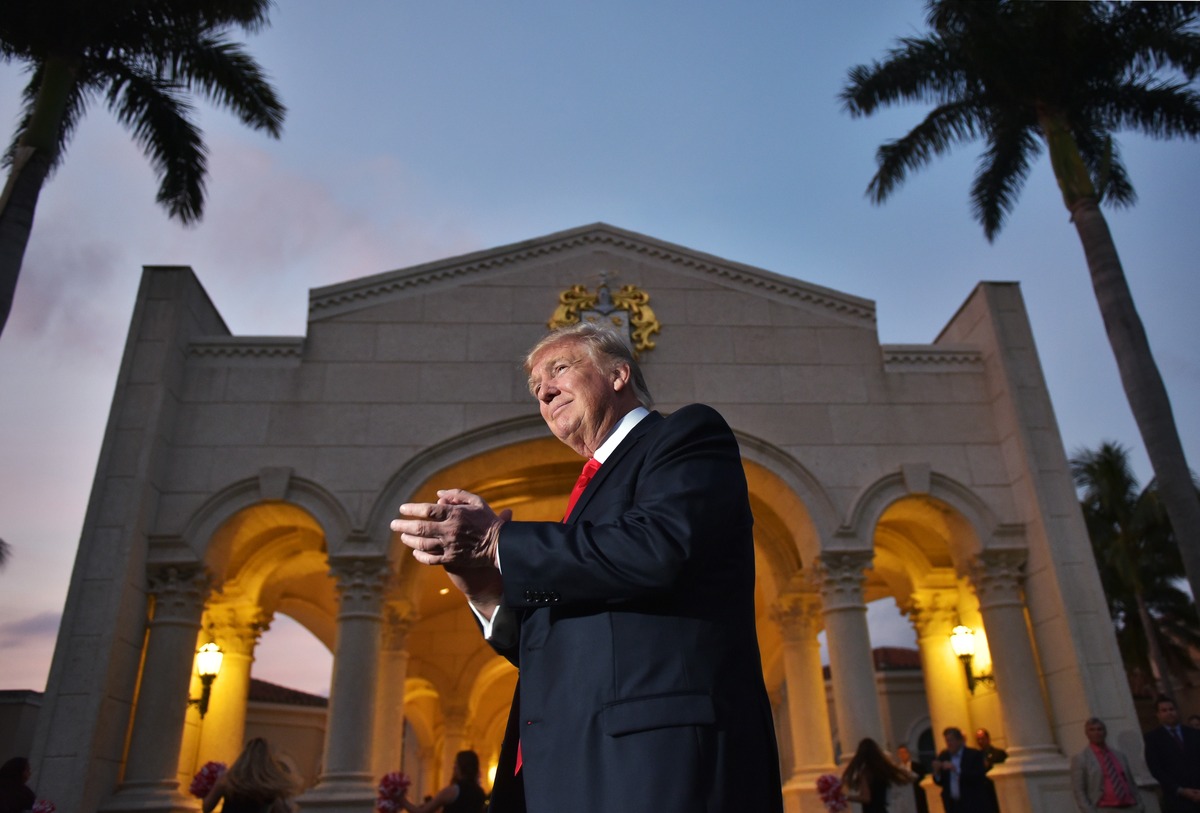 When President Trump commented last week on the violent white supremacist rally in Charlottesville, Va., a reporter asked him if he planned to visit the city.

Trump's reply veered far off the volatile topic of race relations: "I mean, I know a lot about Charlottesville. Charlottesville is a great place that's been very badly hurt over the last couple of days." There was crosstalk as Trump continued: "I own, I own actually one of the largest wineries in the United States. It's in Charlottesville."

Trump Winery isn't actually that large, although Trump's most recent financial disclosure report places its value between $11 million and $52 million.

What Trump's Increasing Isolation Could Mean For His Presidency

Amid the fallout from Charlottesville, Trump's move to ban transgender people from the military and other controversies, this presidential product placement drew little notice — far less than it might have during the first months of the administration.

In February, for example, presidential counselor Kellyanne Conway set the cable news agenda for days when she appeared on Fox News and plugged Ivanka Trump's fashion merchandise: "I'm gonna give a free commercial here. Go buy it today, everybody, you can find it online."

It appears that public concern about ethics in the Trump administration is waning. One reason may be the sheer volume of controversy generated by the White House.

Kathleen Clark, a professor of law and ethics, suggests a second reason.

"We have become desensitized," she told NPR. "We're so used to Trump conflicts of interest and abuse of office, that when he promotes his vineyard and lies about it, it's just a blip."

There are many blips.

Walter Shaub, former director of the Office of Government Ethics, points to Trump's refusal to fully separate himself from his many businesses, including hotels and resorts.

"Remember, every president since the enactment of the Ethics in Government Act in the '70s has divested conflicting assets," Shaub said in an interview.

Instead, Trump has moved his businesses to a revocable trust, of which he is the sole beneficiary, and his properties haven't disappeared from the picture. At his Mar-a-Lago resort in Florida and Bedminster golf club in New Jersey, Trump likes to pose for snapshots with members and guests. As the Washington Post reported this month, his hotel in Washington, D.C., a few blocks from the White House, has become a de facto — and premium-priced — gathering spot for the administration, its allies and backers.

On another ethics front, billionaire investor Carl Icahn last week resigned from the unofficial, unpaid position Trump created for him last December: special adviser to the president on regulatory reform.

What To Know About Carl Icahn, Trump's 'Special Adviser'

Icahn had sought to change an Environmental Protection Agency rule in a way that would have benefited a refinery he owns.

In his resignation letter to Trump, Icahn wrote, "I never sought any special benefit for any company with which I have been involved." The resignation was announced days before the New Yorker published an investigative report on his efforts at the EPA.

Public Citizen President Robert Weissman, leading one of the watchdog groups that had tracked Icahn's activities, said, "Each time we're able to succeed in making things a little bit less bad, it's an incremental win."

Kathleen Clark, the ethics-law professor, said all administrations come to grips with ethics, but normally they see a pro-ethics stance as politically smart. She said the Trump White House appears to have a different perspective.

"The question isn't, 'How can we use this to strengthen our hand politically?' " she said. "It's instead, 'How can we avoid application of any restriction, anything that would get in the way of our financially benefiting and exploiting government office?' And that is unprecedented."

The White House didn't respond to NPR's request for comment on this story.