Accessibility links
Serious Nursing Home Abuse Often Not Reported To Police, Federal Investigators Find Despite legal requirements, more than one-quarter of cases of severe abuse that were uncovered by government investigators were not reported to the police. The majority involved sexual assault. 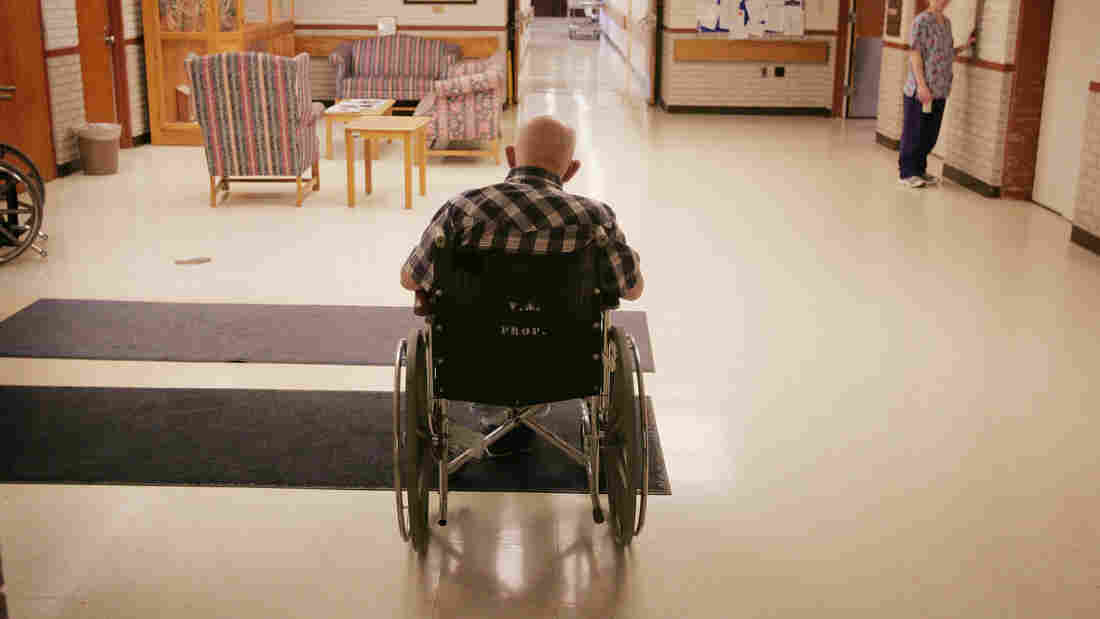 More than one-quarter of the 134 cases of severe abuse that were uncovered by government investigators were not reported to the police. The vast majority of the cases involved sexual assault. Scott Olson/Getty Images hide caption 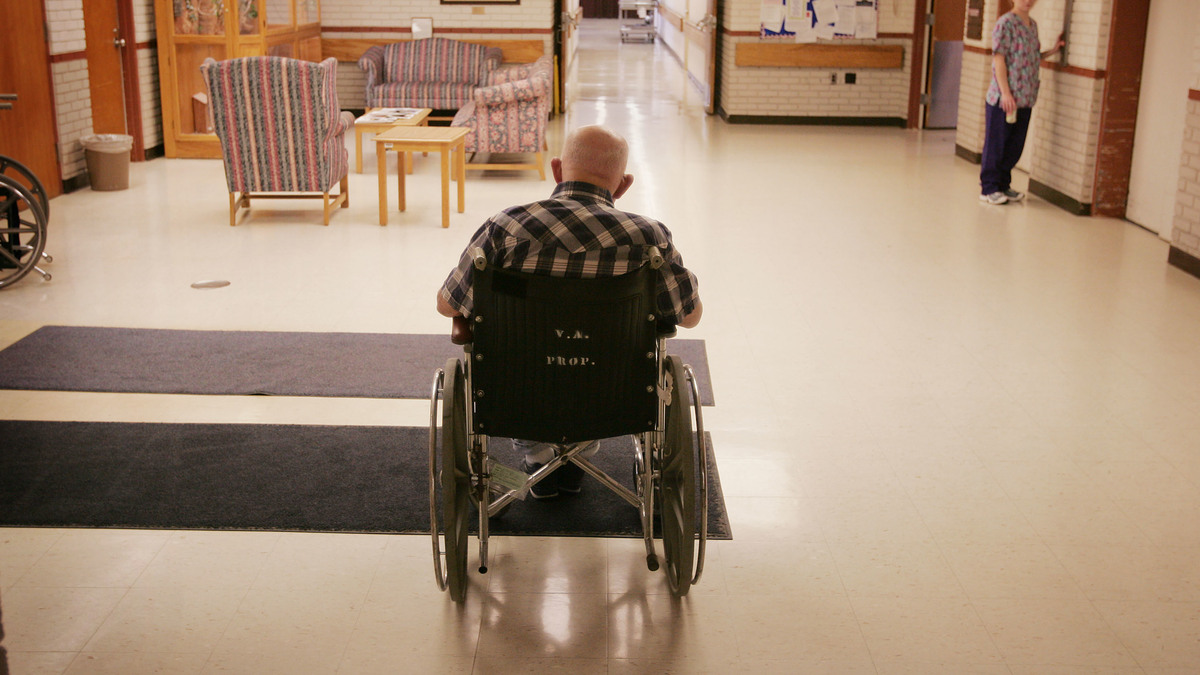 More than one-quarter of the 134 cases of severe abuse that were uncovered by government investigators were not reported to the police. The vast majority of the cases involved sexual assault.

More than one-quarter of serious cases of nursing home abuse are not reported to the police, according to an alert released Monday morning by the Office of Inspector General in the Department of Health and Human Services.

The cases went unreported despite the fact that state and federal law require that serious cases of abuse in nursing homes be turned over to the police.

Government investigators are conducting an ongoing review into nursing home abuse and neglect but say they are releasing the alert now because they want immediate fixes.

These are cases of abuse severe enough to send someone to the emergency room. One example cited in the alert is a woman who was left deeply bruised after being sexually assaulted at her nursing home. Federal law says that incident should have been reported to the police within two hours. But the nursing home didn't do that, says Curtis Roy, an assistant regional inspector general in the Department of Health and Human Services.

"They cleaned off the victim," he says. "In doing so, they destroyed all of the evidence that law enforcement could have used as part of an investigation into this crime."

The nursing home told the victim's family about the assault the next day. It was the family that informed the police. But Roy says that even then, the nursing home tried to cover up the crime.

"They went so far as to contact the local police department to tell them that they did not need to come out to facility to conduct an investigation," says Roy.

Looking at records from 2015 and 2016, Curtis Roy and his team of investigators found 134 cases of abuse of nursing home residents severe enough to require emergency treatment. The vast majority of the cases involved sexual assault.

There's never an excuse to allow somebody to suffer this kind of torment.

"There's never an excuse to allow somebody to suffer this kind of torment, really, ever," says Roy.

The incidents of abuse were spread across 33 states. Illinois had the most at 17. Seventy-two percent of all the cases appear to have been reported to local law enforcement within two hours. But twenty-eight percent were not. Investigators from the Office of the Inspector General decided to report all 134 cases to the police. "We're so concerned," says Roy, "we'd rather over-report something than not have it reported at all."

The alert from the Inspector General's office says that the Centers for Medicare and Medicaid Services (CMS), which regulate nursing homes, need to do more to track these cases of abuse. The alert suggests that the agency should do what Curtis Roy's investigators did: cross-reference Medicare claims from nursing home residents with their claims from the emergency room. Investigators were able to see if an individual on Medicare filed claims for both nursing home care and emergency room services. Investigators could then see if the emergency room diagnosis indicated the patient was a victim of a crime, such as physical or sexual assault.

The alert notes that federal law on this issue was strengthened in 2011. It requires someone who suspects abuse of a nursing home resident causing serious bodily injury, to report their suspicion to local law enforcement in two hours or less. If their suspicion of abuse does not involve serious bodily injury of the nursing home resident, they have 24 hours to report it. Failure to do so can result in fines of up to $300,000.

But CMS never got explicit authority from the Secretary of Health and Human Services to enforce the penalties. According to the Inspector General's alert, CMS only began seeking that authority this year. CMS did not make anyone available for an interview.

Clearly, the 134 cases of severe abuse uncovered by the Inspector General's office represent a tiny fraction of the nation's 1.4 million nursing home residents. But Curtis Roy says the cases they found are likely just a small fraction of the ones that exist, since they were only able to identify victims of abuse who were taken to an emergency room. "It's the worst of the worst," he says. "I don't believe that anyone thinks this is acceptable.

"We've got to do a better job," says Roy, of "getting [abuse] out of our health care system."

One thing investigators don't yet know is whether the nursing homes where abuses took place were ever fined or punished in any way. That will be part of the Inspector General's full report which is expected in about a year.