Accessibility links
Joe Arpaio Pardon, Trump And How Clemencies Are Supposed to Work President Trump has used his pardon power to forgive one of his most loyal political allies, former Arizona Sheriff Joe Arpaio. On Monday, Trump told reporters, "I stand by my pardon of Sheriff Joe." 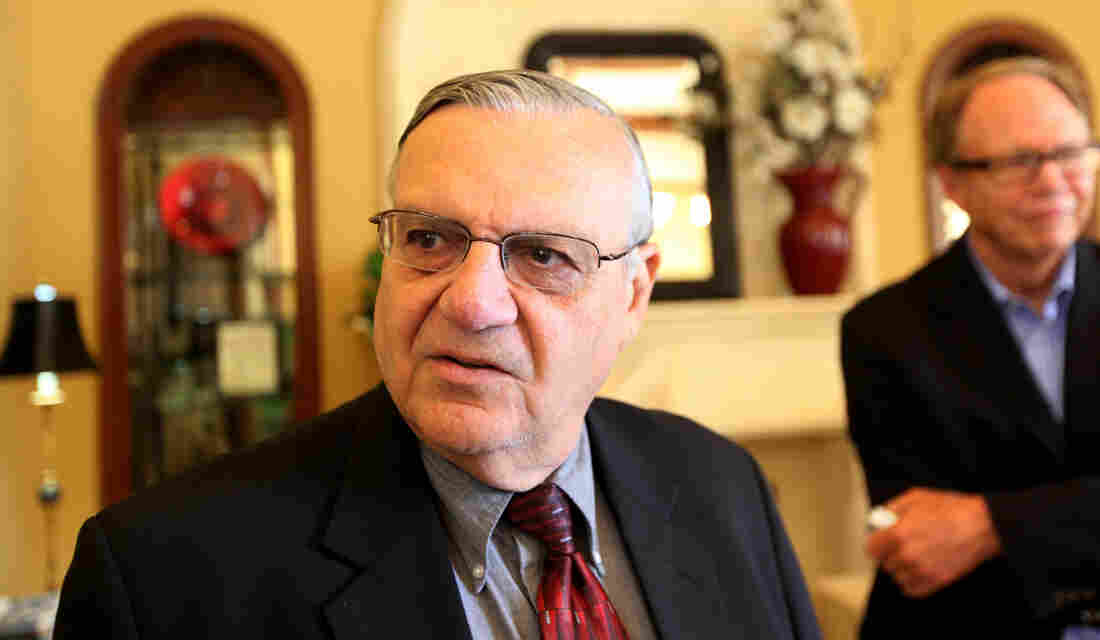 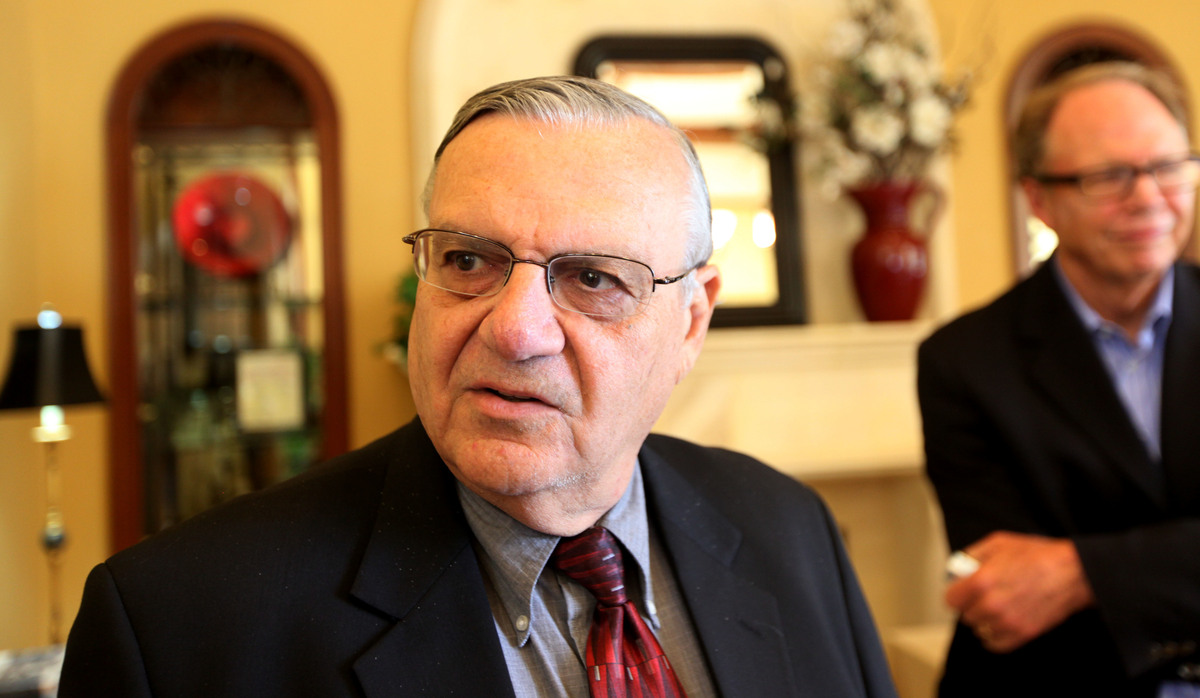 President Trump has exercised clemency power for the first time in his young presidency to bestow a pardon on former Arizona Sheriff Joe Arpaio.

Arpaio, 85, had faced sentencing Oct. 5 for a criminal contempt conviction in connection with his failure to follow a federal court order in a racial profiling case. Justice Department prosecutors argued he indiscriminately targeted Latinos and detained them without evidence they had broken the law.

"He's done a great job for the people of Arizona," the president said at a news conference Monday. "He's very strong on borders, very strong on illegal immigration. He is loved in Arizona. I thought he was treated unbelievably unfairly."

But the decision by Trump to use his pardon authority on behalf of a controversial law enforcement figure elicited disapproval from across the political spectrum, including the Republican speaker of the House and top lawyers at the American Civil Liberties Union.

It also provoked questions about how clemency happens and whether there are any limits on presidential pardon authority. Here are attempts to answer some of those:

1. What gives the president the power to grant clemency?

The power to pardon comes from Article II of the U.S. Constitution, which says the president "shall have power to grant reprieves and pardons for offenses against the United States."

Courts have interpreted this authority broadly. He can do what he wants — as long as it's a federal crime he is granting clemency for.

Typically, the Justice Department's Office of Pardon Attorney reviews applications and makes recommendations. Under Justice Department guidelines, people are not encouraged to apply for clemency until five years after their conviction or sentencing.

But the White House can and does make clemency grants outside of the lengthy Justice Department process, as it did in the Arpaio case, since the former sheriff had not yet been punished and had not submitted paperwork to authorities.

"I stand by my pardon of Sheriff Joe," Trump told reporters Monday.

2. What's the difference between a pardon and a commutation?

A pardon is considered "an expression of forgiveness" by the president, according to Justice Department guidance. It doesn't mean a person is innocent, but makes it easier for him to vote, serve as a member of a jury, run for political office and, in many cases, win licenses to own firearms and perform certain jobs. Wiping a person's criminal record clean entirely requires another judicial step, called expungement.

A commutation shortens a person's prison sentence, but it does not remove a conviction from his or her record. People who win commutations are still required to pay restitution for their crimes.

3. President Trump's allies point out there's a long history of controversial clemency decisions, going back decades. What about those?

Late in President Obama's tenure, he commuted the sentence of Chelsea Manning, who had already served seven years for leaking secret State Department cables and war logs to the website WikiLeaks. Manning had been sentenced to 35 years in prison, and her lawyer said she feared for her life after a suicide attempt. Trump called Manning a "criminal leaker" at his news conference.

Obama pardoned retired Gen. James Cartwright, who pleaded guilty to lying to the FBI about his contacts with reporters investigating Iran's nuclear program. Like Arpaio, Cartwright was pardoned before he was sentenced by a federal judge. The Justice Department had asked the judge to impose a two-year sentence.

And, in the Bill Clinton years, his pardon of fugitive financier Marc Rich launched investigations by Congress and federal prosecutors in New York.

4. So why is there so much bipartisan outcry over clemency for Arpaio?

The Justice Department opened its investigation into Arpaio after a referral from a federal judge and career prosecutors from the public-integrity section led the case.

Matthew Axelrod, a Justice Department official during the Obama administration, said "the granting of this pardon exhibits disrespect" for the federal judiciary.

"By pardoning him," Axelrod said, "Trump effectively neutered the ability of the judge who issued that order to have it enforced. That's a dangerous precedent."

He added: "Sheriff Arpaio was not convicted of 'doing his job,' as [Trump] said the other day; he was convicted of failing to enforce the law consistent with the Constitution."

A previous Web version of this story incorrectly stated that a pardon wipes clean a person's criminal record. In fact, the Justice Department said that to erase the record entirely requires another judicial step, called expungement.