Accessibility links
Jeff Sessions, Trump Administration Lift Limits On Military Gear For Police The move, announced by Attorney General Jeff Sessions on Monday, is part of a push to boost federal support for local police departments and crack down on crime. It reverses an Obama-era restriction. 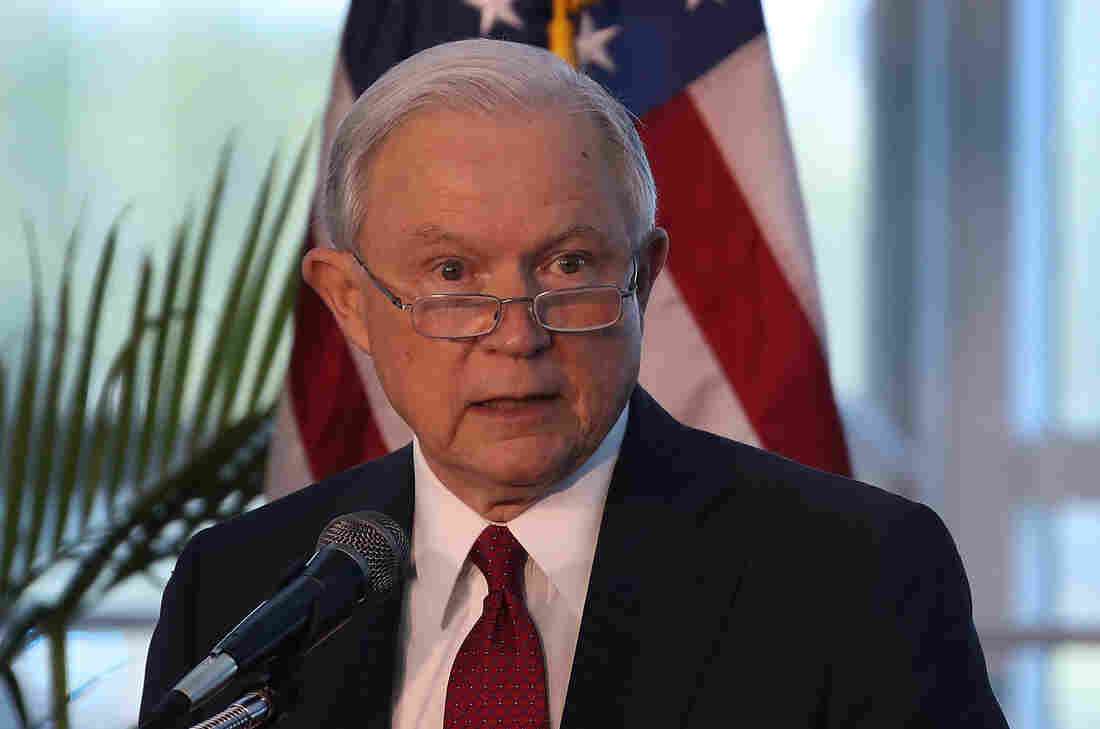 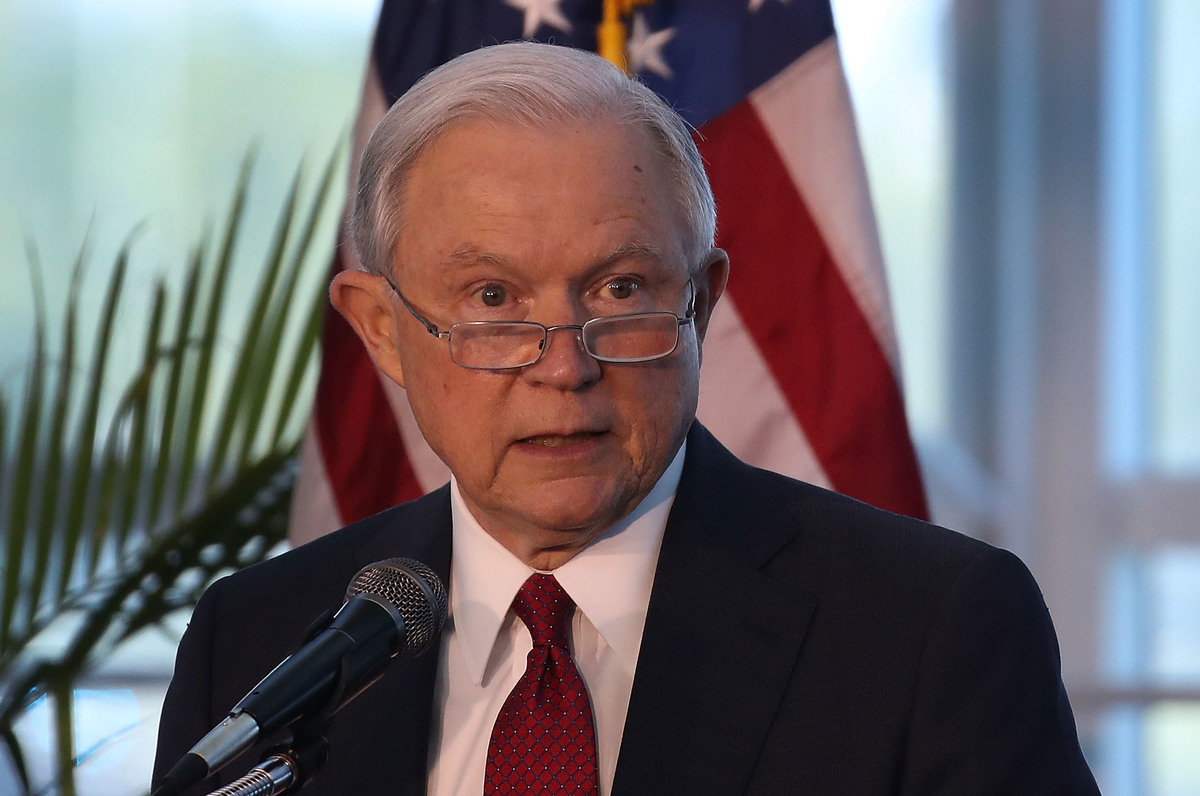 The Trump administration is lifting limits on the transfer of some surplus military hardware, including grenade launchers, bayonets and large-caliber weapons, to police departments.

Attorney General Jeff Sessions made the announcement in a speech on Monday to the Fraternal Order of Police conference in Nashville, Tenn. He said President Trump will issue an executive order that would restore in full a program that provides the military gear to local law enforcement.

The move is part of the Trump administration's push to boost federal support for local police departments and to crack down on crime.

"The executive order the president will sign today will ensure that you can get the lifesaving gear that you need to do your job and send a strong message that we will not allow criminal activity, violence and lawlessness to become the new normal," Sessions said.

Then-President Barack Obama placed restrictions on the transfer of military equipment to local police in 2015. That decision came in response to the controversy over the use of military-style gear by police confronting protesters in Ferguson, Mo., following the death of 18-year-old Michael Brown. Brown, who was unarmed, was shot and killed by a white police officer.

During the unrest that followed the shooting, images of armored vehicles and police in riot gear toting assault rifles touched off a national debate about the militarization of law enforcement and relations between police and the communities they serve.

"We've seen how militarized gear can sometimes give people a feeling like they're an occupying force," Obama said when he announced restrictions on the program that governs the equipment transfers.

On Monday, Sessions said those limits "went too far," and, in a jab at the previous administration, said "we will not put superficial concerns above public safety."

The Department of Defense program that provides surplus military gear to police departments began in 1990. More than $5.4 billion in equipment has been transferred to local law enforcement over that time.

In his speech, Sessions zeroed in on items like helmets, bulletproof vests, and first-responder and rescue equipment. But other hardware that police will once again have access to is more controversial: grenade launchers, high-caliber weapons, bayonets and even armed aircraft.

MRAPs And Bayonets: What We Know About The Pentagon's 1033 Program

And while Sessions' remarks received applause from the crowd at the police conference, civil rights groups slammed the decision to lift the restrictions.

"We have an epidemic in the United States of police using excessive force, particularly against people of color, with injuries and deaths mounting," said Kanya Bennett of the American Civil Liberties Union. "It defies logic to arm the police with weapons of war — grenade launchers, high-caliber assault weapons and more — but that's precisely what President Trump and Attorney General Sessions have decided to do."

The radio version of this story incorrectly reports that police departments again will be able to purchase surplus military equipment. The military transfers the hardware to the departments.