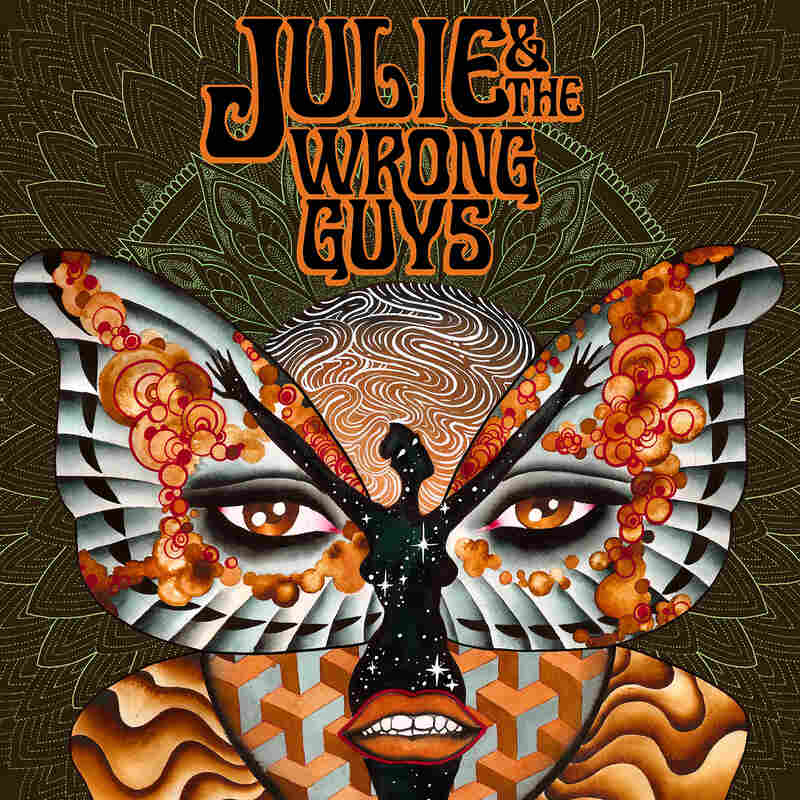 If you've gotten to know Julie Doiron's music through her many solo records, you might well view her as a scruffy chronicler of heartbreak and melancholy — the sort who assesses a breakup by singing, "You got the hard consolation prize / For having to survive." But the New Brunswick singer-songwriter got her start amid heavier sounds, as she first made her name with the sweetly ragged, distortion-infused rock of the Sonic Youth-inspired band Eric's Trip.

Still, the crustily charming churn of Doiron's new album — a self-titled debut for her band Julie & The Wrong Guys — comes as a bit of surprise in light of the softer, sadder work she'd often done in the decade and a half following the demise of Eric's Trip. "Love and Leaving" kicks off Julie & The Wrong Guys with a chunk of scuffed-up candy worthy of her 1990s work; for all the grit and gristle of the riffs that surround her, the singer gives the track a veneer of summery sweetness. "Calm Before the Storm" is book-ended by comparatively intimate solo moments, but that song arrives mere seconds after the snarling, grungy rager "Farther From You."

A look at Doiron's new collaborators is telling: The Wrong Guys guitarist Eamon McGrath, who also duets with Doiron in "Farther From You," is a folk-punk singer-songwriter with boundless energy, while drummer Mike Peters and bassist Jaye Schwarzer also form the rhythm section of the hardcore band Cancer Bats. Those ingredients are allowed to dominate the mix as much as Doiron herself, making Julie & The Wrong Guys a fun and freewheeling change of pace for everyone involved.