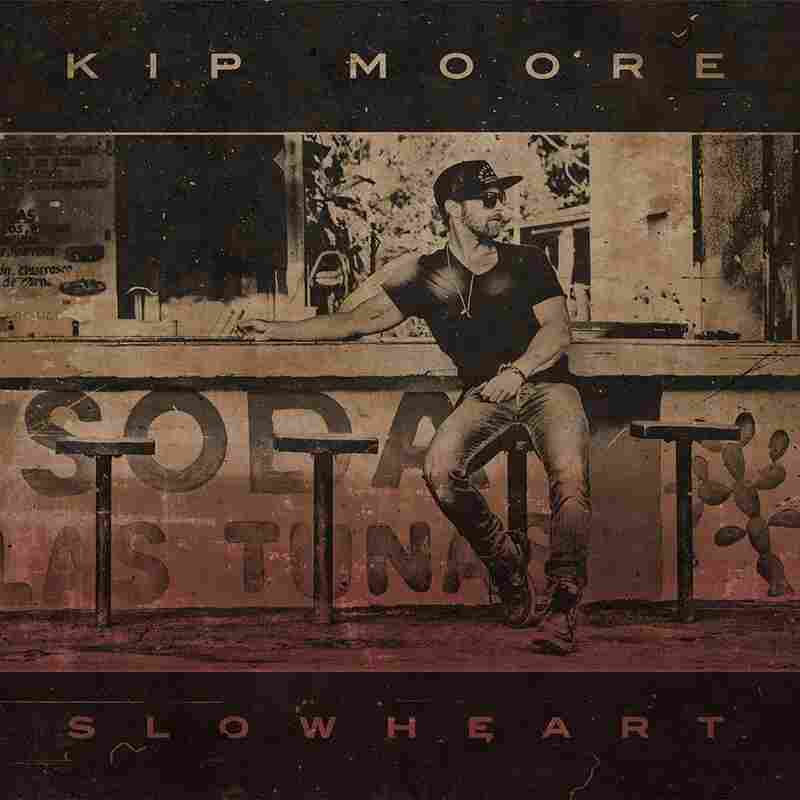 A cursory survey of the country charts virtually any time this decade could have yielded the perception that the format favors uniformly party-hearty hits by interchangeable performers. But country music has been largely a personality-driven world, its audiences more invested in following singers who embody distinct personas with commitment and charisma. Country artists whose aesthetic choices, public images and revelations of relatable private lives add up to cohesive wholes have inspired varying intensities of long-haul loyalty.

The first six years of Georgia-bred singer and songwriter Kip Moore's Nashville recording career offer a fascinating illustration. He had an early hit with a song that joined blues-basted, heartland rock with lyrics that reeled off the down-home features of a young man's fantasy of rural flirtation and, thanks to its lighthearted take on then-ubiquitous truck tropes, found an easy fit on country radio playlists. When his subsequent singles stalled and his record label rejected his first attempt at making a second album, Moore incorporated his frustrations with the commercial system into his narrative. Since then, he's presented himself as fighting for expression that's more authentic to him and more gratifying to his fans, and in the process becoming one of country music's most artful and compelling rascals. (Witness how well he played the role in the video for "I'm To Blame" from Wild Ones, a headstrong sophomore album that helped multiply the size of his live crowds.)

There are other current country acts who style themselves as artistically heroic rebels (Eric Church being the most notable example) or who excel at updating heartland rock, or projecting emo-style urgency, but Moore alone filters elements of those approaches through a soulful, solitary misfit persona. He's had a Jimmy Eat World cover in his set list for years, and he responded to the violent white supremacist demonstrations in Charlottesville, Va. with unfiltered, diaristic Instagram musings on cultural inheritance and personal responsibility. Plenty of country stars have raised funds for their chosen charities with star-studded benefit concerts and all-American sporting events like celebrity golf tournaments. His version? Partnering with skateboarding elder statesman Tony Hawk on a benefit for inner city skate parks.

Moore consciously framed his new album, Slowheart, as the product of his independent spirit: a thoroughly vital, 13-song collection he insisted on producing mostly on his own after hiking Iceland, surfing Costa Rica and spending a lot of time in his own head. In interviews, he's emphasized that he began working on it without his label's knowledge and took a stance against pop perfectionism by singing through a kind of microphone that vocalists might use in sweaty clubs, not typically in state-of-the-art studios. Right off the bat, opening track "Plead the Fifth," one he produced solo, summons the pummeling eighth-note guitar-picking pattern, enflamed vocal attack and betrayal of deep-seated passion that one might expect from an emo cut.

It's not that Moore avoids contemporary country conventions. He enlivens them by injecting self-awareness or playing up the tensions between country and rock's various masculine ideals. In "Just Another Girl," whose sinewy '70s rock riffs have boogieing swagger, he spends the chorus backing away from the naïve, youthful portrayals of romance found in so many oldies rock tunes and recent country hits: "But when it came to love / I thought we had enough / Then again, what do I know? / I'm just another boy in another band / You're just another girl I put in a song."

He delivers the virile, globe-trotting brags of "I've Been Around" — whose melody, along with that of the throwback rocker "Bittersweet Company," is one of the album's stickiest — with yarn-spinning panache. "I've hung out with supermodels," he tosses out, chasing the line with a wicked chuckle. "Drink wine from thousand-dollar bottles." He anchors his bluster to down-to-earth preferences, insisting that though he can "spend nights at the Crowne Plaza," he still feels "right at home at the Ramada." At times like that, he's playing with a quintessentially country contrast between talking and dreaming big and conveying contentment with humbler circumstances.

In "Fast Women," which features Moore's clenched, livewire rasp and ringing, red-blooded guitar chords (and which, despite its title, isn't really a song about female forwardness), he alternately rues and rhapsodizes about the opposing impulses tugging on him: the rock front man's unfettered freedom to roam without responsibility and the country leading man's expectations of eventually yielding to traditional stability. He captures the seductiveness of each: "All of my buddies, yeah, they're settling down / Laying deep roots in them no name towns / They got kids, and one day I want kids / They call me now and then and say, 'Hey boy, you still out there just a making that noise for the fans with that rock and roll band?'"

He ruminates on the possibility that the right alluring woman could tame him in "More Girls Like You" over an insistent, midtempo four-on-the-floor groove and radiating, Edge-style guitar licks. "Blonde," which he produced with one of his co-writers, David Garcia, summons chilly, contemplative R&B leanness in service of a suave swipe at one of country culture's most unforgivable sins: forgetting where you came from. Cleverly deploying repetition and multivalent lyrics, he murmurs, "Used to be a captain of the cheer team / Now you're just a never coming homecoming queen." The way that he seizes on specifically feminine tools of physical self-reinvention — dying hair, filling lips etc. — and explains the song in interviews as a critique of the pursuit of social media insta-fame is a fresh illustration of an enduring divide between country and pop, and gender markers in each. Country may borrow from pop's synthetic beats, but pop's embrace of unnaturalness, its boundless manipulation of humanness and physicality, is a bridge too far. (On the latter subject, I highly recommend the "Hungry Cyborgs: Britney, Beyonce, and the Virtual Frontier" chapter of my NPR colleague Ann Powers' new book.)

"The Bull," a galloping number powered by a programmed beat and a brisk, precise acoustic guitar figure, uses rodeo imagery to cast musical perseverance as the most satisfying form of revenge. It's one of only two songs on the album that Moore didn't have a hand in writing, but the fact that it was brought directly to him by one of its authors, Luke Dick (as opposed to being pitched around to half the artists in town), says a lot about the clarity of Moore's identity. "Every knock down in the dirt, every 'no' I ever heard / It'll sure feel good to laugh when I look back and flip the bull the bird," he sings with thrilling, wolfish relish, sweeping us up in the pleasure of his underdog triumph.