Stream the southern rock legend's farewell album in its entirety. 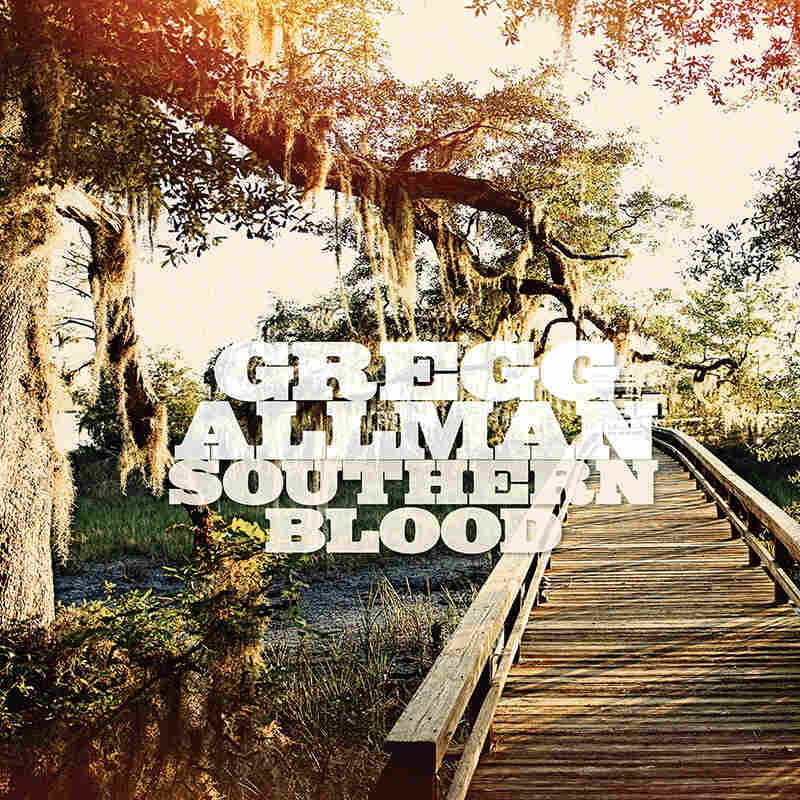 Southern Blood is the kind of farewell every rock 'n' lifer hopes to make. But when the fateful hour arrives, few are blessed with both the time and the touch to pull it off. David Bowie was one of the few who did. Prince surely could have, if the end hadn't come so unexpectedly. Gregg Allman made it his final priority, hunkering down in the mother church of Southern music, Muscle Shoals' FAME Studios, in the final months of his life to cut an album capable of capping a half-century recording career.

Allman had been living more or less on borrowed time ever since his 2010 liver transplant. By the time he started making Southern Blood in 2016, his liver cancer had returned, though he kept that information private. Knowing his time was growing short, he set to work with producer Don Was on the album in earnest. On May 27, 2017, the southern rock legend was gone.

FAME Studios, besides being the birthplace of some of the greatest soul and rock recordings of the '60s and '70s, has a special place in Allman's history. In the '60s, Gregg's brother Duane was a session guitarist there for soul legends like Wilson Pickett, Clarence Carter, and Arthur Conley. Gregg and Duane recorded there as members of the band Hour Glass. And the Allman Brothers Band's very first jams took place within those Muscle Shoals walls.

So Gregg choosing FAME to make his last stand is the quintessential full-circle move. And it's all the more significant that he dips into the studio's deep history for one of the album's many cover songs. "Out of Left Field" was a 1967 Percy Sledge single written by FAME heavyweights Dan Penn and Spooner Oldham. On Southern Blood, Allman seems to use it as a vehicle to express his continued gratitude and surprise for the love that came his way during his lifetime.

On the album's only self-penned song, the bittersweet ballad "My Only True Friend," Allman declares his fealty to the road at the expense of personal relationships. But when he sings, "I hope you're haunted by the music of my soul when I'm gone," it's clear that he's talking to everyone he's about to leave behind forever.

Most of Southern Blood's cover tunes bear a similarly elegiac tone. On Tim Buckley's wistful '60s folk nugget "Once I Was," Allman looks back at the many lives he's lived within a single lifetime and comes away from the reverie with the question, "Do you ever think of me?"

When Bob Dylan sang "Going Going Gone" on Planet Waves, his 1974 collaboration with The Band, he was narrating his shift from one life situation to another. But in Allman's hands, "I'm closing the book on pages and text / And I don't really care what happens next" feels anything but transitional.

The Grateful Dead's hymn-like "Black Muddy River" uses timelessly poetic imagery to depict the solitary voyage everyone has to make when eternity comes calling. It's the most overtly spiritual song on the album, and Allman's reputation as a lifelong roué makes it all the more poignant. It's probably not coincidental that the track is followed by an unapologetic acknowledgement of that infamy on Willie Dixon's hedonist anthem "I Love The Life I Live," tapping into Allman's vaunted blues background.

Taken at face value, the New Orleans voodoo imagery on the foreboding, Dr. John-like "Blind Bats and Swamp Rats" might seem inconsistent with Southern Blood's theme. But it's actually another nod to the Allman Brothers Band legacy. The song hails from Johnny Jenkins' 1970 album Ton-Ton Macoute!, on which the Georgia bluesman was backed by everyone in the Allman Brothers Band but Gregg.

Allman ends the album with Jackson Browne's ode to a fallen friend, "Song for Adam," an overt evocation of his late brother Duane, who died from a motorcycle crash in 1971 as the Allman Brothers Band was approaching the peak of its popularity. Duane was Gregg's hero, and it's impossible to overstate the impact his passing had on his little brother. And in the final verse of this closing cut, Allman reportedly became too overcome with emotion to sing the lyrics: "When I stood myself behind, I never felt so strong / Still it seems he stopped singing in the middle of his song."

Don Was never asked Allman to complete that verse. Perhaps fate intervened. Or perhaps the veteran producer heard something in that final silence that words could never say.

Southern Blood is out September 8 on Rounder Records.