Accessibility links
'Viceroy's House': A Warm-Hearted Look At The Sunset Of The British Empire Directed and co-written by Gurinder Chadha (who also directed and co-wrote Bend it Like Beckham) this crowd-pleasing, gently revisionist period drama examines the last days of British colonial rule.

'Viceroy's House': A Warm-Hearted Look At The Sunset Of The British Empire

'Viceroy's House': A Warm-Hearted Look At The Sunset Of The British Empire 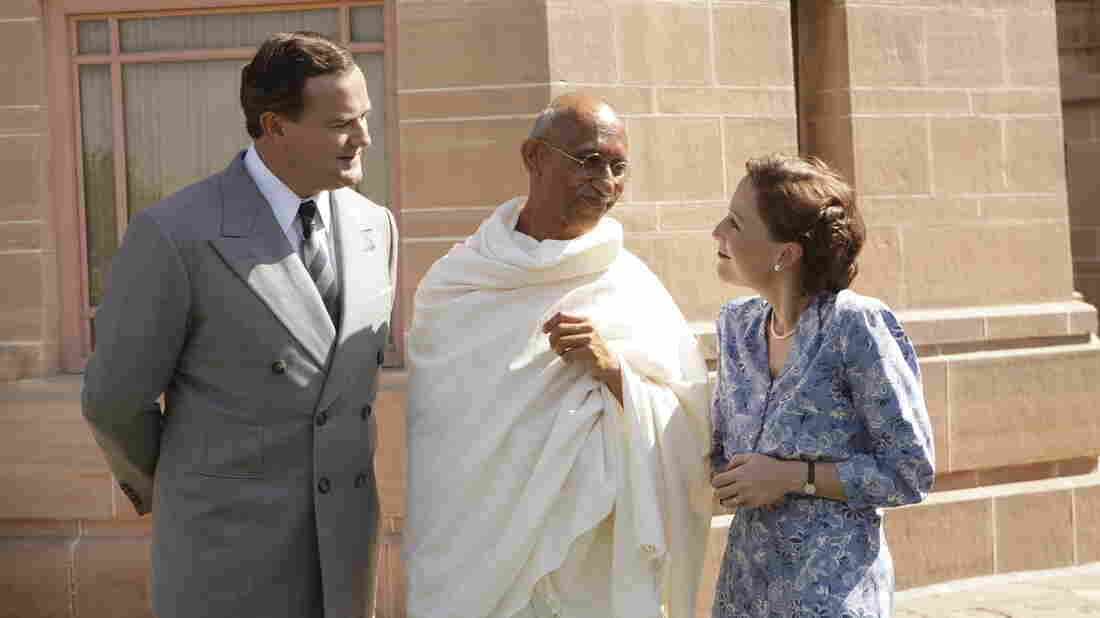 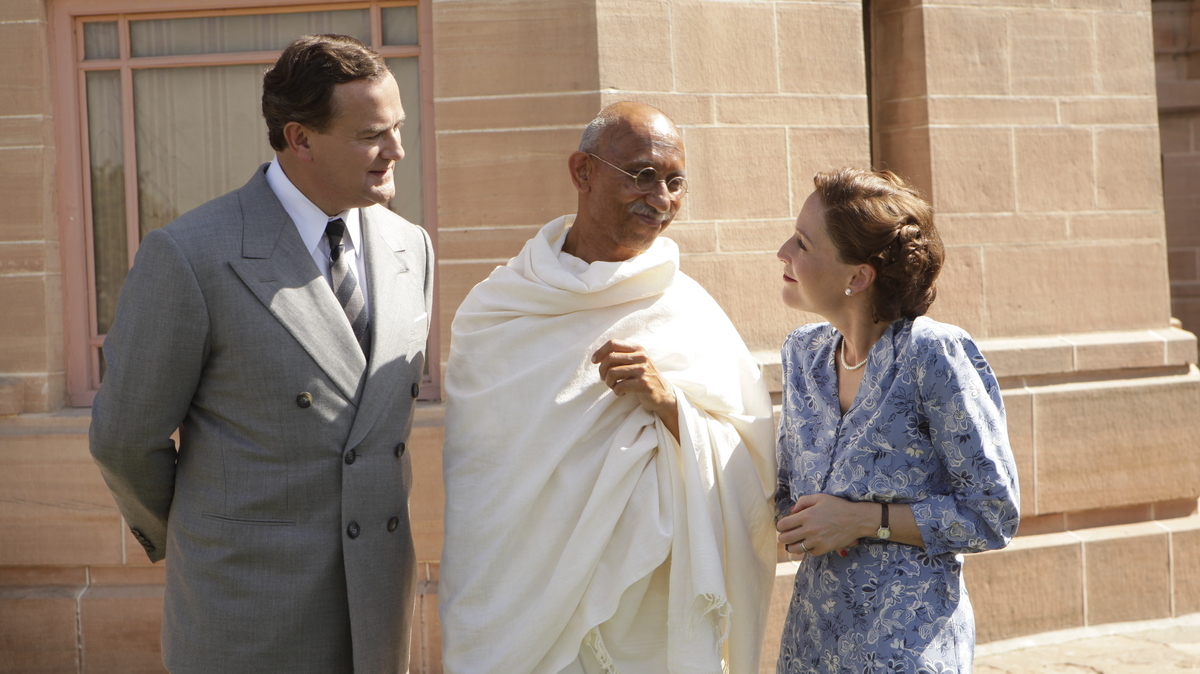 At my all-girls high school in London in the 1960s, colonial history was taught roughly as follows: "In 1947 India was granted independence from Great Britain. Civil strife continued between Hindus and Muslims in the new nations of India and Pakistan. And now, gehls, back to the Gardens of Tudor England."

On the other hand: "History is written by the victors," reads the prefatory intertitle in Gurinder Chadha's Viceroy's House, a warm-hearted, ambitious period drama that rewrites a blood-soaked chapter of imperial decline as a struggle between upstairs and downstairs, with plenty of internecine warfare seething below the salt. In the movie, upstairs is British Empire, dwindling by the hour and represented by the gold-plated palace where successive British viceroys have ruled over a resource-rich subcontinent containing one-fifth of the world's population. Below stairs toils a hitherto servile, increasingly frisky staff made up of Hindus and Muslims whose relatively serene coexistence is about to get upended. We meet them busily polishing an alarmingly alabaster bust of Queen Victoria in preparation for the arrival of the last viceroy, Lord Louis Mountbatten, who will preside over India's transition to independent nationhood.

Given the dense tangle of rival interpretations of India's history, doing justice to this bloody chapter is a Herculean task. Add to that the fact that Chadha, on the basis of two alternative histories, strongly counters the widely received version, which casts the blue-blooded Mountbatten as the villain of the piece who arbitrarily carved up India, exacerbating existing tensions between the Hindu majority and Muslim minority who aspired to their own nation of Pakistan. Hugh Bonneville brings his jovial brio to a Mountbatten who's basically Lord Grantham with more democratic urges, most of them discreetly orchestrated by his politically adroit wife Edwina. Gillian Anderson gives both a terrifically witty, plum-in-mouth impersonation of the real-life Lady M, and an appealing portrayal of her as an enlightened, humane, and instinctive feminist. The only one in the room who grasps that Empire's day is done, Edwina's the one who slyly decrees that it's time to start serving curry on banquet days rather than Yorkshire pud.

Quite right, too, but the nouvelle cuisine proves both too little and too late for the country, to say nothing of the Mountbattens' good name. Where previous viceroys ruled with an iron fist, the Mountbattens of Viceroy House are velvet glove people. They go all-out to secure a smooth transition to democracy for the former colony, whose unity has been weakened by a long-term policy of divide and rule. Which is more than you can say for a certain prime minister back at HQ in London, who, long before the Mountbattens arrived, cunningly redrew the map of India and Pakistan with British oil and security interests in mind.

All I can offer by way of verification is that Viceroy House is the second recent British drama to finger Winston Churchill as a ruthless betrayer of former British colonies, the other being last year's A United Kingdom, which suggested that Churchill sold the fledgling state of Botswana down the river with much the same careless aplomb. Here he is fronted by a flunky (played by the king of shifty himself, Michael Gambon) who does an end-run around Mountbatten, recasting the map of India and Pakistan in ways that guarantee one of the biggest and bloodiest mass migrations in history, which we see in both real and staged newsreels.

Inevitably, all this complex history and backroom politicking between factions — the Hindus led by Nehru (Tanveer Ghani) and the Muslims by Muhammad Ali Jinnah (Denzil Smith), with a dead-on Neeraj Kabi bringing up the rear as Gandhi — requires scads of unavoidable exposition. But despite some occasional stiffening in the otherwise lively dialogue, co-written by Chadha with her screenwriter husband, Paul Mayeda Berges, and Moira Buffini, there's rarely a dull moment in Viceroy's House. A born populist entertainer, Chadha has made several exuberant crowd-pleasers about Indian life in England, the most delightful being her early comedies Bhaji on the Beach and the enormous hit Bend It Like Beckham. She brings the same warmth and broad exuberance to a much larger canvas, folding in a shamelessly enjoyable Romeo-and-Juliet love story between a Hindu and a Muslim (played by the ridiculously telegenic Manish Dayal and Huma Qureshi) that brings with it an extra treat — a posthumous turn from the late, great Indian actor Om Puri as the young woman's blind father. Oh, and there's a bit of a musical in there that in no way drains the gravity of a colonial legacy that, few today would dispute, brought misery and displacement to millions of Indians for decades thereafter.

Chadha, whose family is Sikh by way of Kenya but who has spent most of her life in England, probably heard the same version of her country's struggle for freedom and independence that I did in school. At the end of this sprawling, passionate but generously non-partisan epic, a moving coda reveals the director's personal stake in telling the story her way. You should stay for the credits.