Accessibility links
Tolkien's Plant Passion Moves Botanist To Create Guide To Middle Earth Botanist Walter Judd has created a book that tests the limits of The Lord of the Rings fandom. It's an examination of the many plants and trees that J.R.R. Tolkien used in his novels. 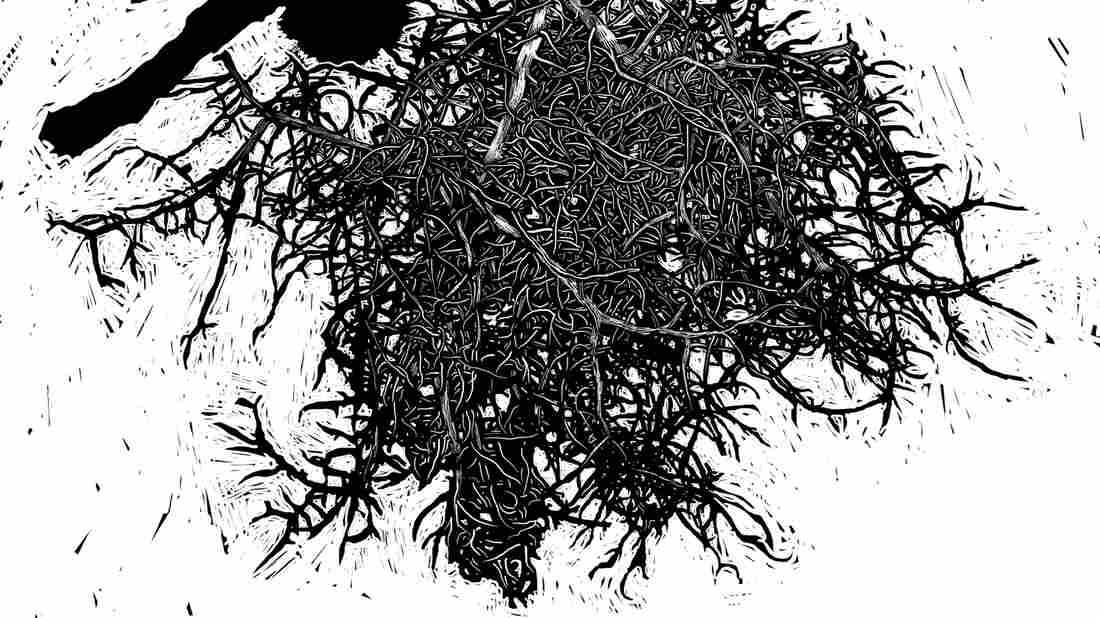 An illustration of beard lichens, a plant mentioned in writings by author J.R.R. Tolkien. It appears in The Children of Húrin, The Hobbit and The Lord of the Rings. Courtesy of Graham Judd hide caption 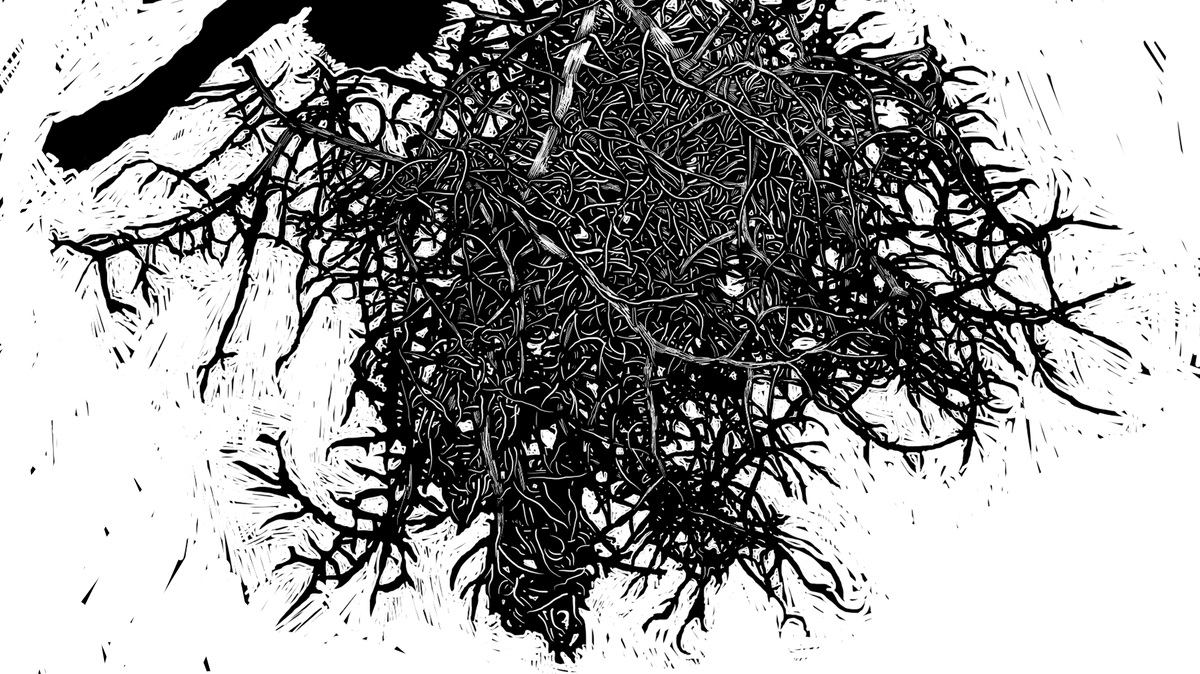 An illustration of beard lichens, a plant mentioned in writings by author J.R.R. Tolkien. It appears in The Children of Húrin, The Hobbit and The Lord of the Rings.

When most people read J.R.R. Tolkien, they get swept up in mythical worlds of hobbits and elves, harrowing journeys in fantastical lands and epic battles of good and evil.

But Walter Judd says he got lost in the scenery.

"I started underlining every name of a plant as I was reading The Lord of the Rings," he tells NPR's Morning Edition. 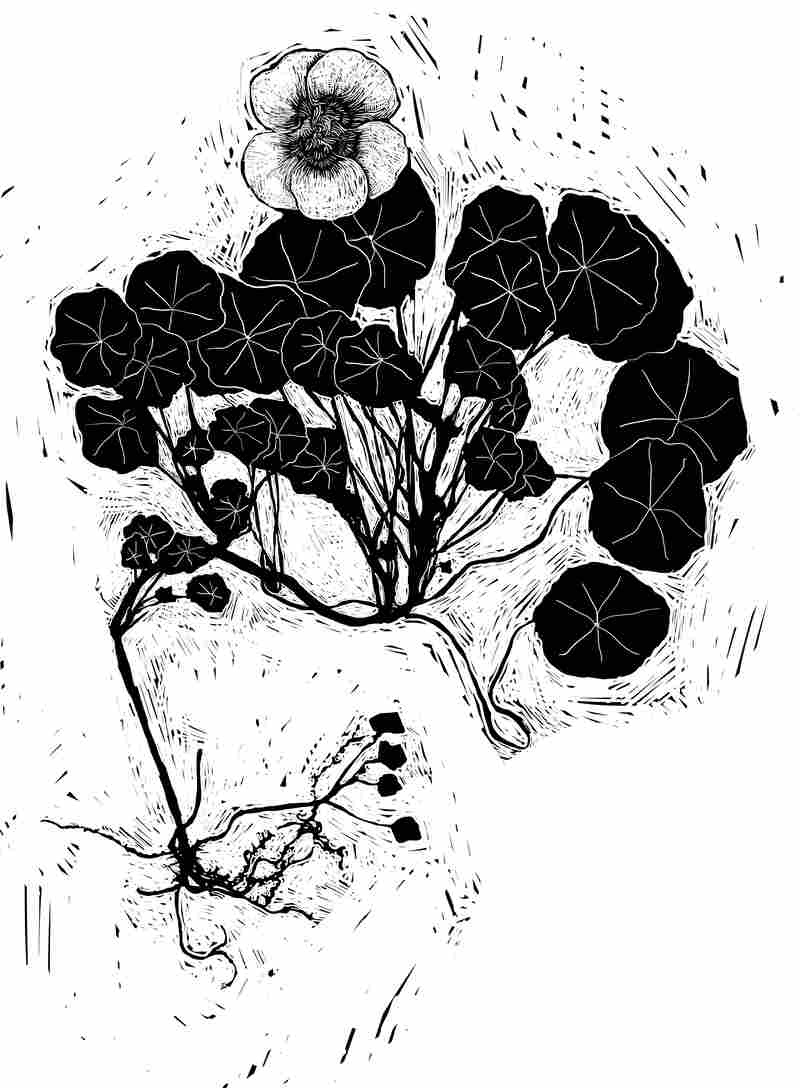 All of the figures in the book — like this nasturtium — are hand-drawn by Graham Judd, who says he used a minimalist woodblock-style to let readers' imaginations bring the illustrations to life. Courtesy of Graham Judd hide caption

Moved by Tolkien's passion for plants, the retired botany professor spent years cataloging every plant that appeared in his writing, eventually compiling a list of 141 different species. He teamed up with his son, Graham, a professional illustrator. And together, they embarked on quest to transform that list into a botanical guide to Middle Earth.

"One of the quotes I love, that is in one of Tolkien's letters, is he says, 'I am obviously much in love with plants, and above all trees, and always have been,' " Walter says. "And I think that love is evident on every page of his writing."

Some of the plants in Tolkien's world are familiar: chestnuts, oaks and lillies. Others — like "Elanor" or "Kingsfoil" — are invented but are still rooted in sound botanical principles, Walter says.

The father-son duo spent four years exhaustively researching the names, meaning and uses of every variety. They even went so far as to visit university herbariums — libraries of cut and pressed plants — to make sure their renderings of Tolkien's species matched exactly to their real-world counterparts. 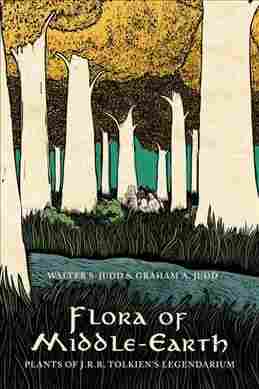 by Walter S. Judd and Graham A. Judd

But even the most devoted Tolkien fan might be wondering: why create a field guide to fantasy world?

For Graham, it's because appreciating the plants in Tolkien's world brings him closer to the ones in our own.

"If I wander off the path and I go into a dark place where I can't hear cars and I can't hear the city, for a second or two, I can teleport, you know, to Middle Earth because the things around me are the things that are described in the book," he says.

David Fuchs is a news assistant with Morning Edition.