Accessibility links
Harvey Feel Like Katrina Déjà Vu? Not So Fast As Houston starts to recover from the flooding, many see similarities between the two massive hurricanes and the damage they wrought. But there are some key differences.

Harvey Feel Like Katrina Déjà Vu? Not So Fast

Harvey Feel Like Katrina Déjà Vu? Not So Fast

(Left) Flooded neigborhoods can be seen in New Orleans in 2005. (Right) Flooded homes are shown near Lake Houston following Hurricane Harvey on Aug. 30.

In 2005, when the most destructive and costliest natural disaster in the history of the United States struck New Orleans, tens of thousands of people would wait out the rebuilding of their city in Houston. Now it's Houston's moment in history to recover from an epic inundation. 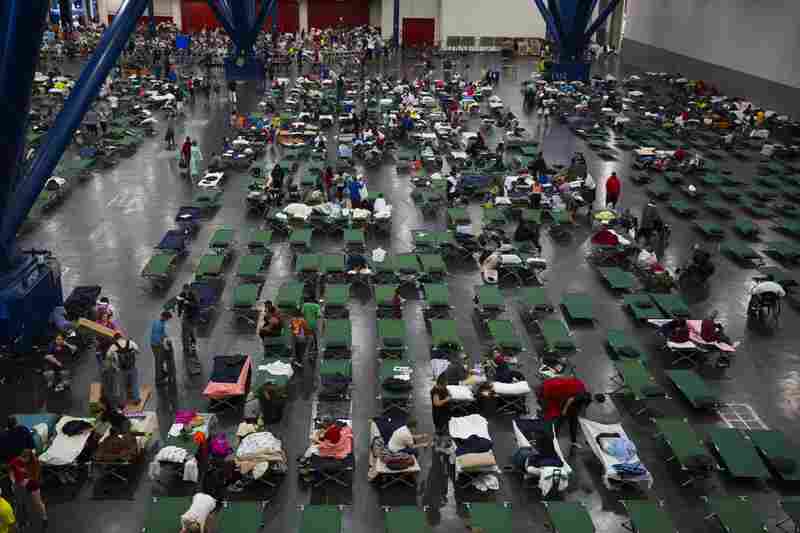 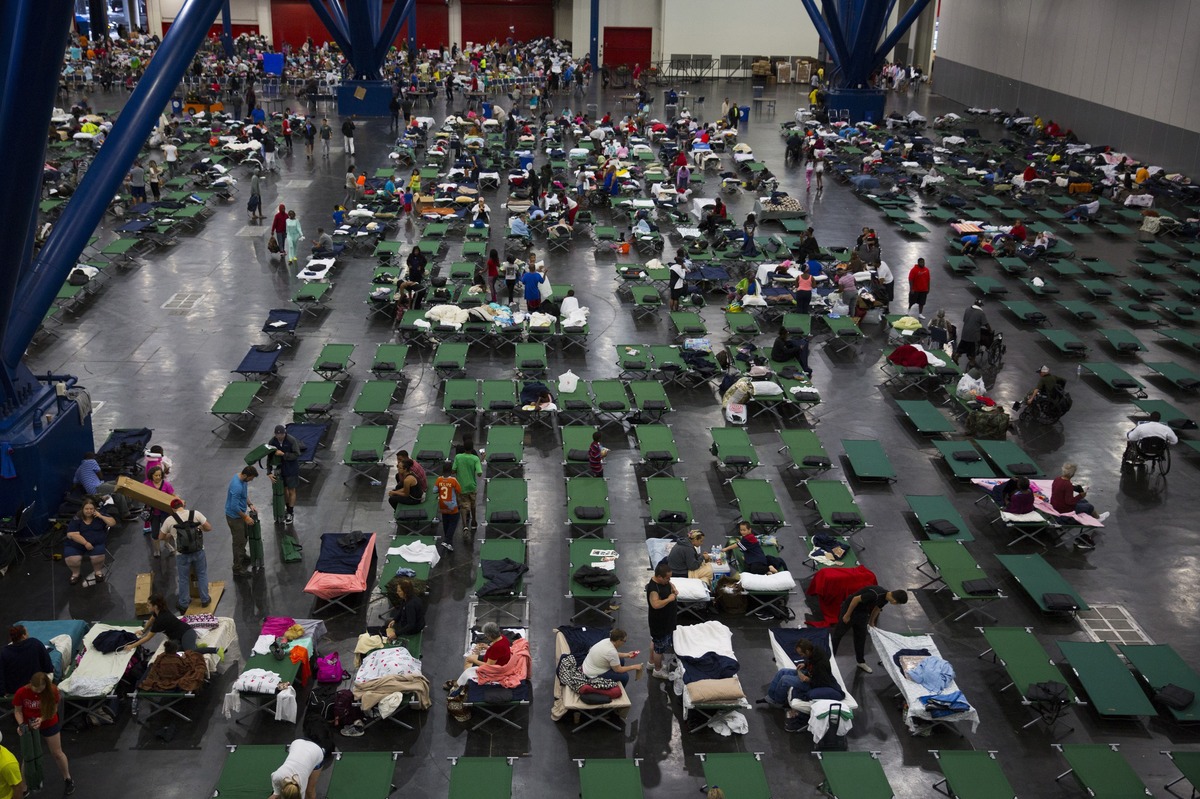 Evacuees fill up cots at the George Brown Convention Center on Aug. 28 in Houston.

Déjà vu is understandable. This week, we watch images of residents sloshing out of submerged neighborhoods, a convention center turned into an evacuation camp, orange Coast Guard choppers plucking people off of rooftops, and freeway overpasses turned into boat ramps for a spontaneous civilian-led rescue effort. Harvey produced, in some places, more than 50 inches of rain in five days, a rainfall record for a tropical storm in the lower 48.

But there are big differences between hurricanes Harvey and Katrina.

For many days after the storm, New Orleans ceased functioning as a modern American city. Its civic infrastructure dissolved.

The contrasting experiences between these two major Gulf Coast cities struck by tropical storms 12 years apart, almost to the day, is not hard to explain. Eighty percent of below-sea-level New Orleans went underwater; at the worst of Houston's flooding this past week 25 to 30 percent of above-sea-level Harris County was submerged, an official with the local flood control district told The Washington Post.

Houstonians had days of advance notice that a slow-moving tropical storm was coming their way and could cause catastrophic flooding. New Orleanians were advised to evacuate before the arrival of Katrina, and most of them did. But for those who stayed behind, the federally built flood protection system would fail and Katrina's massive storm surge would engulf the Crescent City. Water would surge violently through the breaches into the Lower Ninth Ward and Lakeview neighborhood with enough force to wash houses off their foundations. Nothing like that happened in Houston. 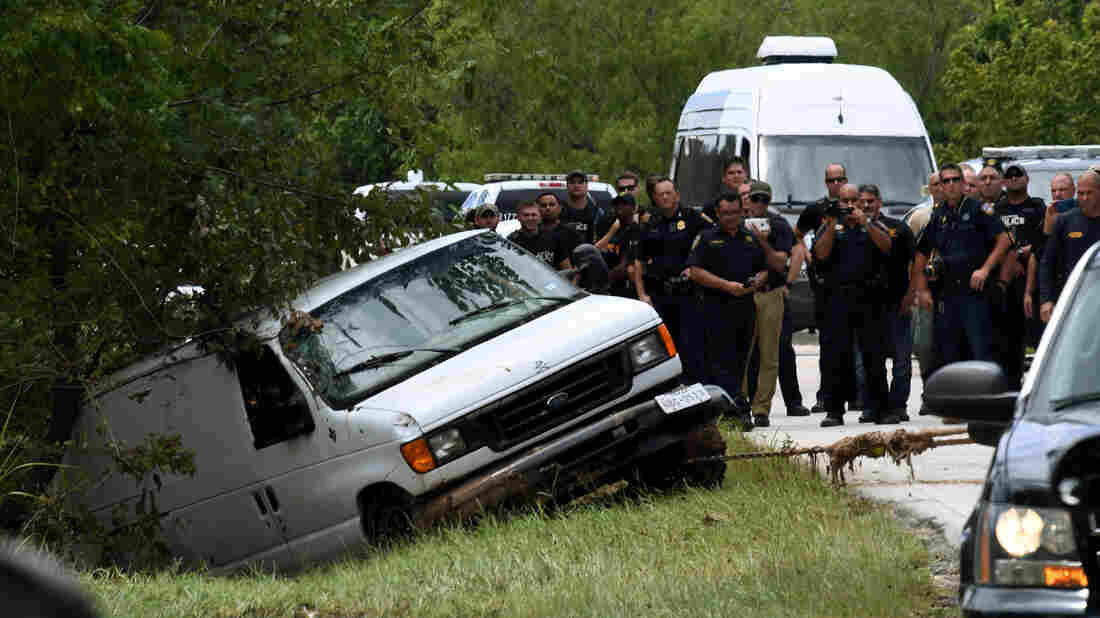 The Saldivar family crashed their van into Greens Bayou as they tried to flee Hurricane Harvey during heavy flooding in Houston on Aug. 30. The death toll from Harvey is much lower than from Hurricane Katrina. Mark Ralston/AFP/Getty Images hide caption 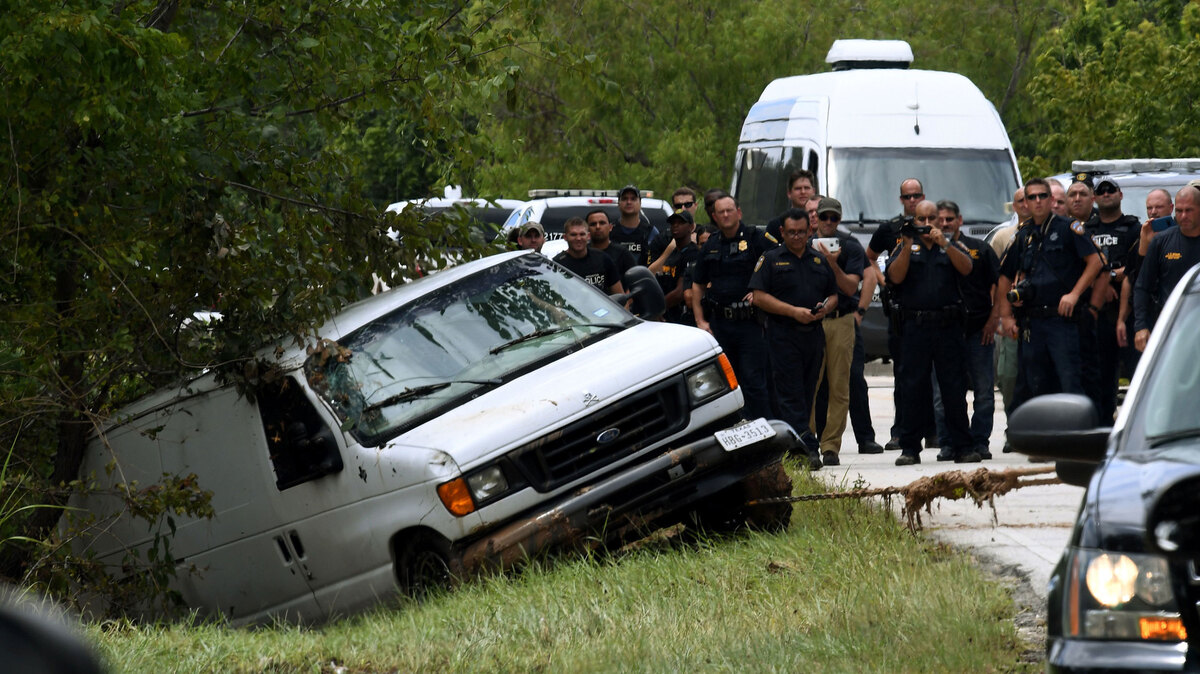 The Saldivar family crashed their van into Greens Bayou as they tried to flee Hurricane Harvey during heavy flooding in Houston on Aug. 30. The death toll from Harvey is much lower than from Hurricane Katrina.

The tale of two storms is also told in the loss of life. Katrina was responsible for 1,833 deaths; so far, the death toll of Harvey was fewer than 50 on Thursday afternoon.

The aftermaths of Harvey and Katrina may end up having more in common than their opening acts. In Houston, as in New Orleans, thousands of residential homes will sit in fetid floodwaters for days and weeks. Wallboard will mold, studs will rot, furniture and possessions will become rubbish.

The TV cameras will cut away from Houston, and residents will begin the long battles with insurance companies and building contractors and code inspectors.

Each storm has proven to be The Big One that people always feared. In New Orleans, with its storied history of surviving hurricanes, many folks now refer to Katrina simply as "the storm." One wonders if Houstonians will start referring to "the storm."

John Burnett is an Austin-based National Desk reporter who covered Hurricane Katrina and its aftermath extensively for NPR.