Accessibility links
Insurers Gear Up For Deluge Of Claims, Hope To Avoid Sandy Repeat To work all the expected flood claims, insurance companies will rely on hundreds of small processing companies. Some worry that inexperienced claims adjusters will do more harm than good. 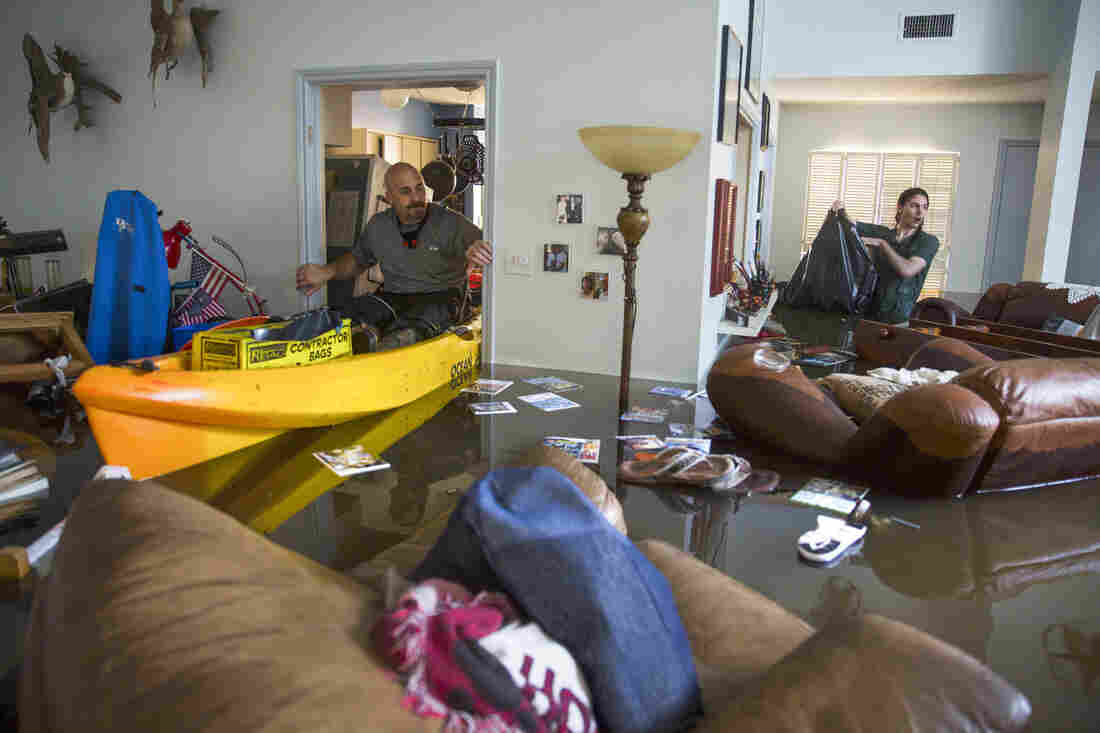 Larry Koser Jr. (left) and his son, Matthew, look for important papers and heirlooms inside his house after it was flooded by heavy rains from Hurricane Harvey. Erich Schlegel/Getty Images hide caption 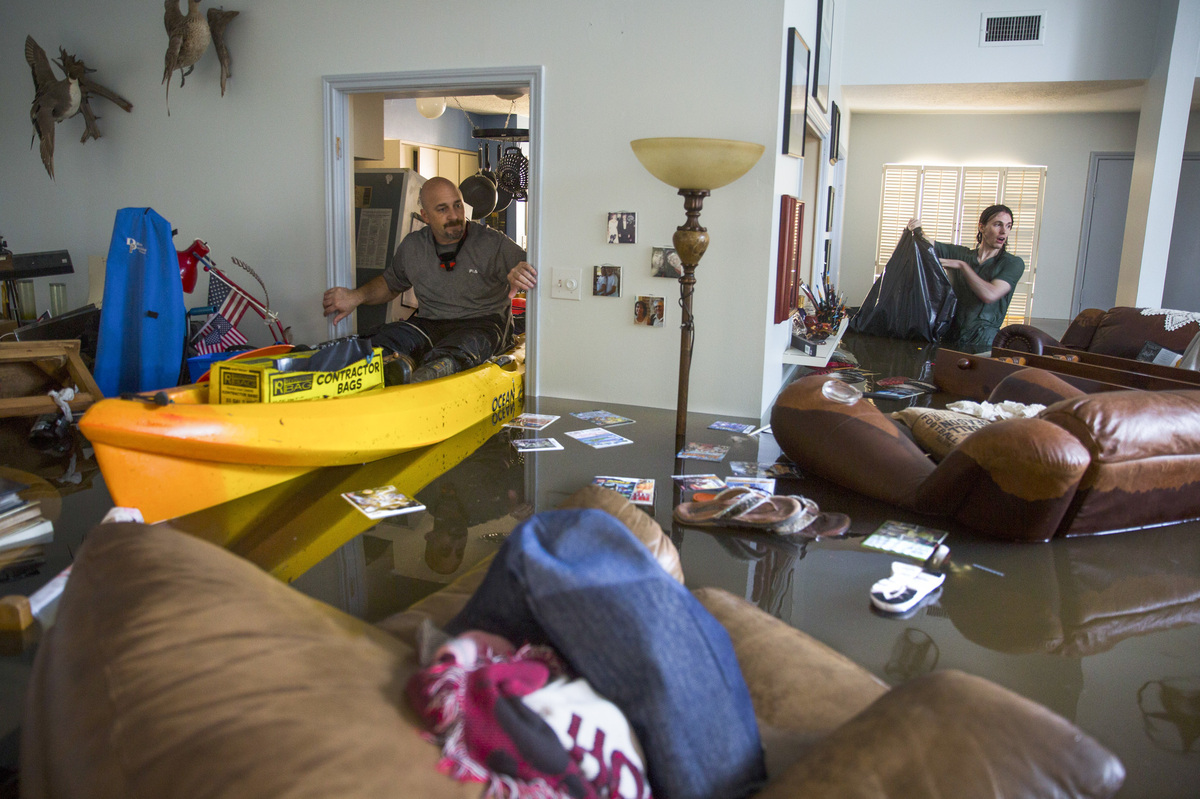 Larry Koser Jr. (left) and his son, Matthew, look for important papers and heirlooms inside his house after it was flooded by heavy rains from Hurricane Harvey.

Property owners started filing insurance claims before the rain even stopped. They wanted to get to the front of what's expected to be a long line of flood claims, according to Joel Moore, an independent insurance adjuster for Gulf Coast Claims in Houston.

"They filed claims before they evacuated," he says. "So they actually have no idea if there's damage or not. They just wanted to be at the front end of the curve."

Texas officials estimate there are 49,000 flooded homes. Not all of those will have flood insurance, but insurance companies predict tens of thousands will have covered damage.

To work all the expected claims, insurance companies will rely on hundreds of small catastrophe companies that hire independent contractors to work 14-hour days. These catastrophe adjusters spend most of the year waiting for a damaging storm to blow in. When one finally arrives, they load up their vans and campers and drive to where the damage is.

Moore says, "They work real hard for an extended period of time. They're well-compensated for their expertise. And then they may sit for years."

The work is grueling. They go house to house in the mud and heat encountering emotional homeowners who just lost everything. Moore has been adjusting claims for 25 years. He warns his employees to sympathize with storm victims.

"How would you feel if you were in the same situation? You need to slow down, shut up, let them vent, let them cry, tell them you're sorry, and if you're not sorry you need to get out of the business," he says.

But it is still a business. Moore says that to process many claims, cat teams will develop shortcuts, and some will hire inexperienced adjusters who just got their license.

For people who want to become certified flood insurance adjusters, FEMA runs clinics on the National Flood Insurance Program. Anyone can register for the course online and be a certified flood adjuster by the end of the day.

Some in the industry worry that the legions of inexperienced flood adjusters do more harm than good.

One critic says that during Superstorm Sandy, green adjusters overlooked all sorts of technical details.

"These people don't know if there's conduit running on the outside of the wall, that they have a line item for that to put in the estimate. So it's just not going to be in the estimate," says Jeff Major, a public adjuster in New York.

And if it's not in the estimate, homeowners don't get paid.

After thousands of Sandy victims complained about poor adjusting, FEMA reopened 20,000 claims that found more than $390 million in unpaid damage.

After the controversy, FEMA says, the agency learned a lesson and increased oversight over the private carriers that administer the flood program.

"There's much stronger awareness that FEMA has made, and much stronger points that FEMA has made with insurance companies to try and ensure that the consumer's treated appropriately and fairly," says Don Griffin, vice president at Property Casualty Insurers Association, a trade group representing the flood insurance companies that run FEMA's program.

These rules apply to those with flood coverage. Those without will have to rely on government aid. Following both Katrina and Sandy, Congress authorized FEMA to spend about $60 billion per storm to help those who didn't have flood insurance.