Accessibility links
A Father To His Son: 'I Know What It's Like' Living With Tourette's Syndrome Josh Hanagarne has an extreme form of Tourette's syndrome, where his tics — or involuntary movements and sounds — have been so severe, they've put him in the hospital. 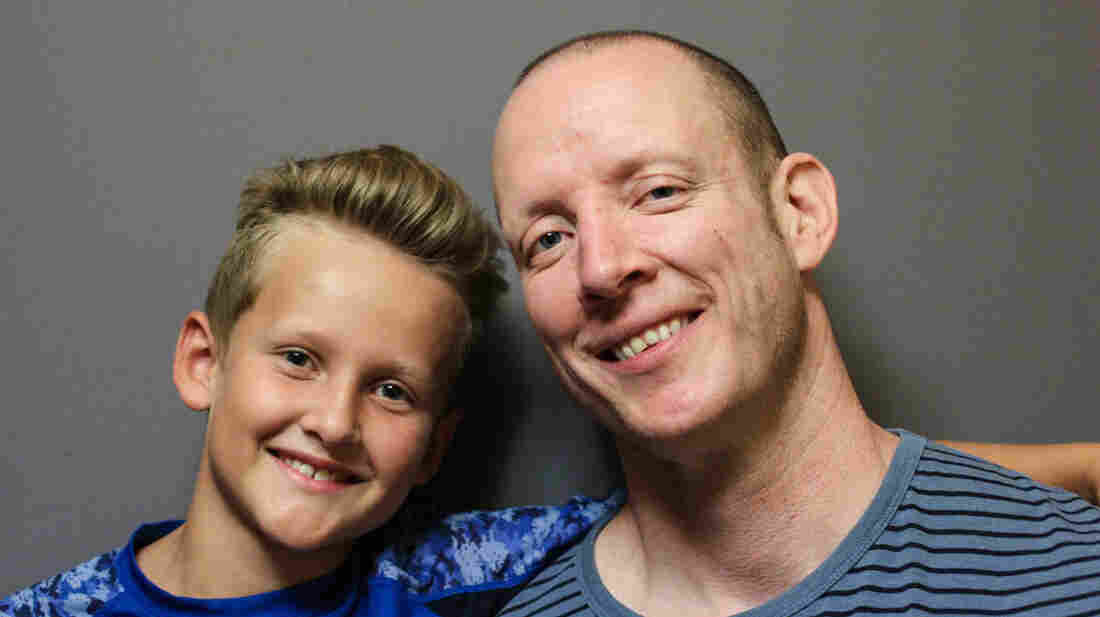 Josh Hanagarne, 39, and his son Max, 9, recently sat down at StoryCorps to talk about Tourette's syndrome. Josh has dealt with Tourette's since he was Max's age and while Max hasn't been officially diagnosed, he has started to show symptoms, too. Courtesy of StoryCorps hide caption 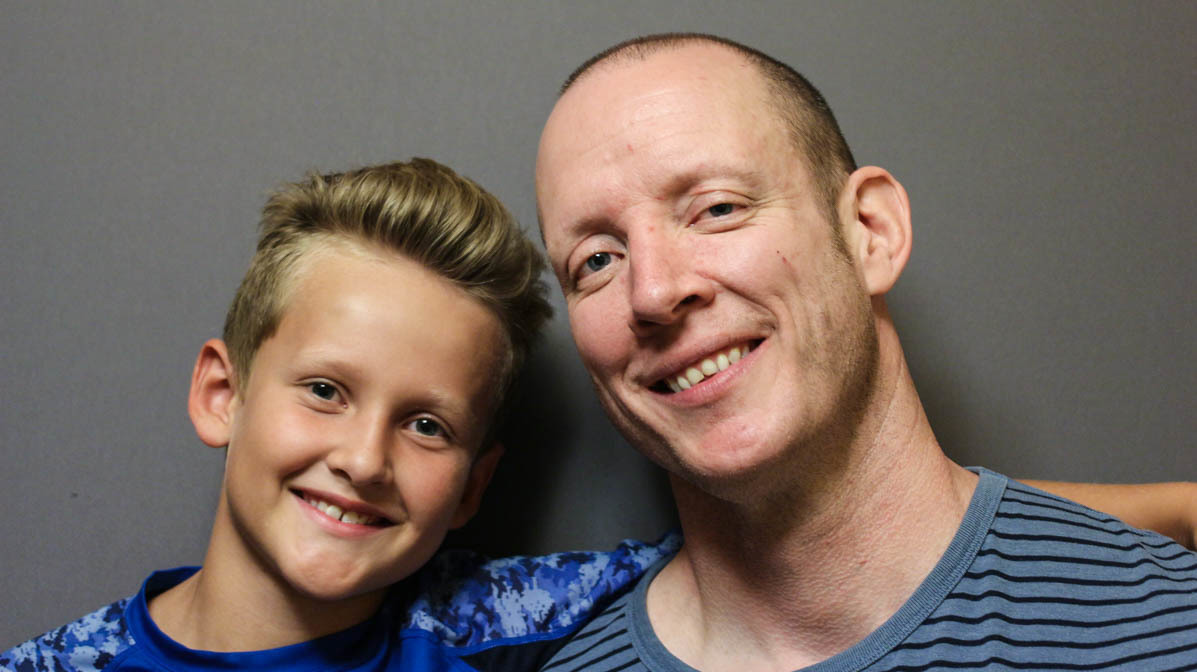 Josh Hanagarne, 39, and his son Max, 9, recently sat down at StoryCorps to talk about Tourette's syndrome. Josh has dealt with Tourette's since he was Max's age and while Max hasn't been officially diagnosed, he has started to show symptoms, too.

Josh Hanagarne is a dad, a librarian and an author. He also has an extreme form of Tourette's syndrome. But he doesn't let it and his tics — his involuntary movements and sounds — stop him from living his life. He says he actually chose to work in a library because it was the quietest place he knew of.

Josh first started showing symptoms of Tourette's syndrome when he was in elementary school, about the same age that his son Max is now.

Not everyone with Tourette's syndrome has the same tics. Max, 9, describes his dad's as "you hitting yourself and making a lot of noise."

"You've seen me hit myself hard enough to almost knock myself out," Josh, 39, says. "I also do all of the blinking and the face things and the little ahem noises."

Josh's form of Tourette's is so extreme that his tics have been severe enough that they've put him in the hospital before.

"To me, it feels like when you have that urge to sneeze so bad that you just feel like you'll just go insane if you don't let the sneeze out," Josh says.

But he says that's not the most difficult part of living with Tourette's.

"The hardest thing I do every day is decide to go outside or not, because I know when I walk into a group of strangers, I will yell or I will do something weird and they will all look at me," Josh says.

Max knows this and he's seen it happen. When he was a few years younger, he and Josh were buying milk in a grocery store when Josh had a tic. A man nearby looked at Josh and "in his face, you could just see he was annoyed." The man kept looking at Josh.

"I was finally at the point where I was going to tell him to stop looking at me, but you stepped in front of me and you said, 'Turn around right now or my dad will smash you harder than a rhinoceros,' " Josh says to Max. "And then when he turned around, you said, 'That's right.' "

The man didn't turn around again, Josh says with a laugh.

Josh agrees with Max and says that's the right attitude to take in those situations.

"When I learned I was going to have you, there was no guarantee that, because I have Tourette's, you would have it, but I did have a better chance of passing it on to you and that really did worry me," Josh says. "When you started having tics, I felt like I had made your life harder."

Max hasn't been diagnosed with Tourette's syndrome by a doctor, but Josh says he knows Max has it because of how familiar he is with the symptoms. Max first started talking about his Tourette's with Josh when he was 7 years old.

"I'm starting to make noises and sometimes my eyes just roll back into my head, and I have to, like, get on the ground until it goes away," Max says. "It hurts; it doesn't feel good. I feel like everybody knows it and like they're all watching me. I don't like that."

Josh says there's not much to like about that.

"I mean, it's been happening a lot lately, and I have a fear that it might get worse," Max says.

Those are the same fears Josh has for his son, he says.

"Maybe it will, but we'll deal with it when it comes," Josh says. "The solace, I hope, is that even if I can't make you feel better, you will know that I know what it's like. You'll know I understand and hopefully we'll just be able to lean on each other."