Accessibility links
Trump Hotel Lease Under New Review As Lawmakers Keep Up Criticism The General Services Administration approved the Trump Organization's lease for the Washington, D.C., property. But the GSA Inspector General's Office is taking another look at the contract. 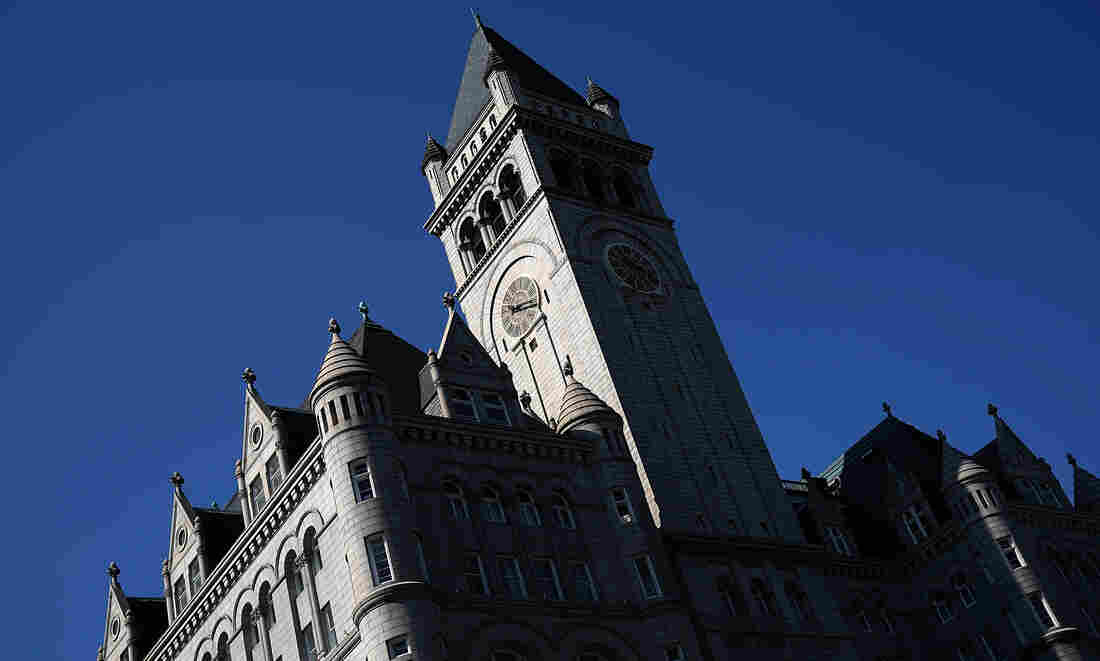 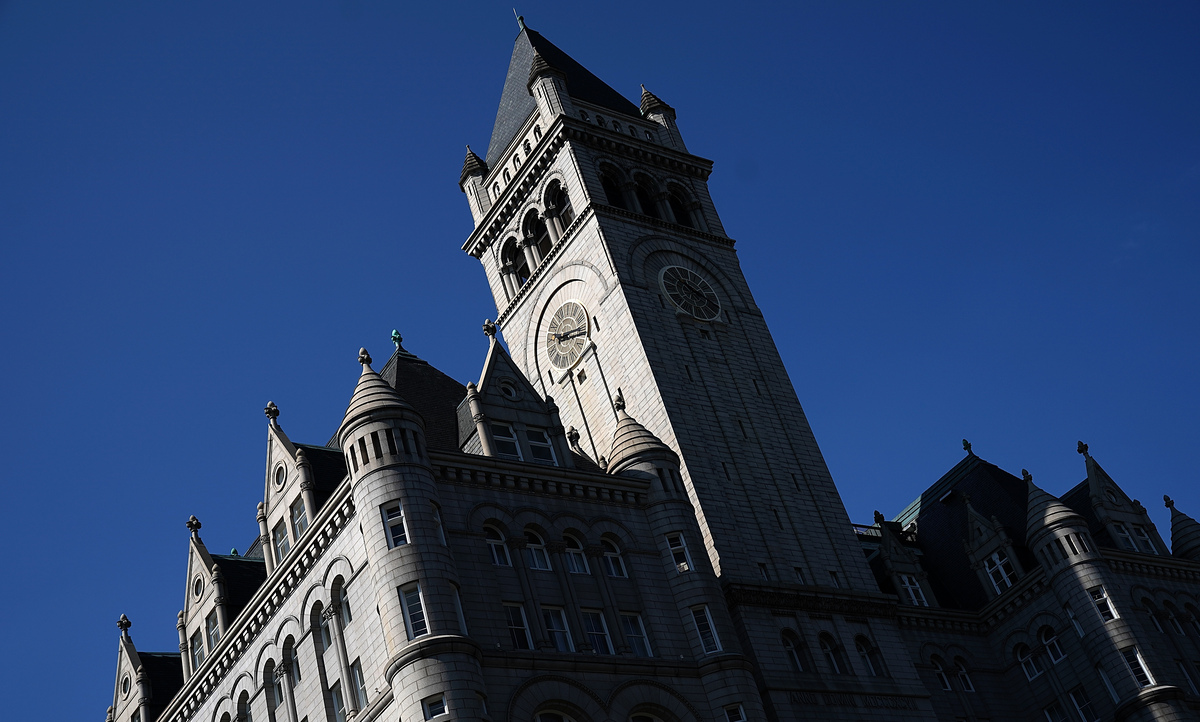 Rep. Peter DeFazio, D-Ore., is raising questions about the ownership of the Trump International Hotel in Washington, D.C., located blocks from the White House.

The Trump International Hotel in Washington, D.C., has become the place to see and be seen in the nation's capital. The opulent setting is a magnet for foreign dignitaries, lobbyists, Republican and conservative groups that want to rub shoulders with administration officials.

Now, the Trump Organization's lease for the building is facing a new review by an inspector general.

It's not unusual for people of similar political stripes to gravitate toward the same setting. "But we've never had a situation like this where the president's name is there on the front of the building," says Don Fox, a former acting director of the Office of Government Ethics now with the Culver Academies in Indiana. "A building by the way owned by the taxpayers, and the name is up there in big bold letters for anybody to see."

The profits — from the drinks to the rooms to the parking — go back to President Trump's organization. This bothers Democratic Rep. Peter DeFazio of Oregon, in large part because the hotel is located in a federal building.

"It's unprecedented to have a president basically benefiting from a federal property lease. In effect, the president is both the landlord and tenant in this case," he says.

In 2013, Trump signed a 60-year lease with the General Services Administration, the agency that owns the building. The $180 million contract specifically states that no elected official may benefit from the lease. But the GSA has ruled that the lease is valid because the president moved his interests in the hotel into a revocable trust.

Now, the GSA Inspector General's Office is reviewing the "management and administration" of the contract, a GSA spokesperson confirmed Tuesday to Federal News Radio.

For his part, DeFazio wants documents that show how the GSA made its case.

"The acting head of the GSA defended these actions, which seem highly irregular and improper, refused to provide the documents on which this ... judgment was based," he says.

While the GSA hasn't released those documents, it did make public other information about the hotel — at least briefly. In August, some of the Trump hotel's financial reports appeared on the GSA website and were picked up by The Washington Post. The documents from February to April showed that the hotel is doing better than even the Trump Organization expected.

Despite the high vacancy rate, the hotel made a profit of roughly $2 million, thanks to room rates averaging $650 a night.

Hours after those numbers went online, the GSA pulled them down. Pam Dixon, a spokeswoman for the GSA, said the documents were posted inadvertently. At the top of the documents, which were viewed by NPR, was an all-caps warning: "PRIVILEGED AND CONFIDENTIAL INFORMATION. NOT SUBJECT TO RELEASE TO THE PUBLIC UNDER THE FREEDOM OF INFORMATION ACT."

Jeffrey Stachewicz, a lawyer with FOIA Group Inc., which specializes in freedom of information requests, says it's normal to keep this kind of information private.

"The aggregation of data that was put out by GSA would give competitors an advantage to compete against that hotel," he says. "Any proprietor would want to protect that."

Stachewicz says that what Trump's organization charges for rooms or drinks has nothing to do with his White House role and that his hotel should be treated the same as any other.

"It's almost as though the public is demanding a disadvantage from him because of his position. And I don't know if that's fair. Not in this instance, at least," he says.

DeFazio agrees that the detailed profit-and-loss statements from each category — bar, restaurant, rooms — don't need to be made public. But, he says, under the terms of the lease, the gross revenues must be disclosed.

"The lease requires an annual payment, and for profits over a certain level, it requires a percentage be shared with the U.S. Treasury to go to the taxpayers since it is a federally owned property," he says.

With the GSA Inspector General's review, DeFazio may finally get what he wants.