Accessibility links
For September, 3 Twisty, Turny, Thrill-Packed Romances As the weather turns cooler and we start to emerge from summer's torpor, it's time for some faster-paced romances with plenty of exciting twists and turns on the way to the happily-ever-after. 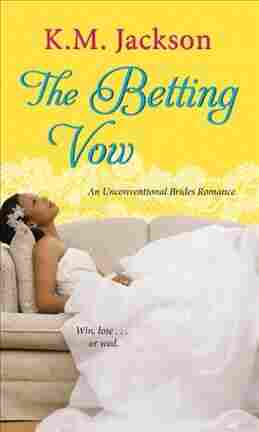 A romance novel can be so much more than just "boy meets girl, feelings ensue," and romance authors know it — so there are lots of love stories out there packed with twists and turns on the way to happily-ever-after. Here are three that have fun with literary conventions: A classic Regency plot reimagined as a sexy, pop-culture driven contemporary romance. An epic story of revenge, war and deception cast as a comedy. And one of literature's legendary heroes gets gender-swapped. It's never boring in Romancelandia!

In The Betting Vow by K.M. Jackson, what happens in Vegas definitely does not stay in Vegas. Leila Darling is a supermodel with a temper and aspirations to be taken seriously as an actress. Carter Bain is a television executive in charge of launching a new network. To do that, he needs a star — someone like Leila. In this third and final book of Jackson's Unconventional Brides series, the mechanism for getting the couple together is wonderfully absurd — a high stakes, late night card game leads to a wager of marriage — but it's the start of a fine romance. If they wed, Leila will get the image overhaul she needs and a chance to act in Bain's shows while Bain himself will get the star power he needs to launch his network successfully. 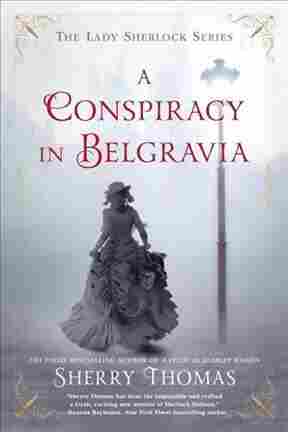 A Conspiracy in Belgravia

The set up requires some suspension of disbelief, but the romance feels real. Bain and Leila navigate learning to trust and getting to know each other while battling a simmering attraction and a close-quarters living situation. And while Jackson clearly delights in contemporary pop culture — she blends tabloids, TV and romance beautifully — the novel also has echoes of classic Regency romance tropes like wagering a woman in a card game, and a marriage of convenience. It all adds up to a satisfying romance that shows a wedding is just the beginning of happy ever after.

Light on romance but loaded with suspense, Sherry Thomas' A Conspiracy In Belgravia is a riveting and absorbing read. It's the second book in her Lady Sherlock series, which imagines that Sherlock Holmes is actually Miss Charlotte Holmes, a "fallen" woman with a brilliant mind and penchant for eating desserts (which Thomas describes deliciously).

The story begins with a not unappealing proposal of marriage from Lord Bancroft, brother to Lord Ingram, with whom Charlotte has something of a romantic past. Matters are complicated when Lord Ingram's wife comes to Sherlock Holmes with a mystery about an old lover who happens to be Charlotte's missing half brother, and an unidentified dead body appears that may or may not be connected. While probably best enjoyed after reading the first book in the series, A Conspiracy in Belgravia is a beautifully written novel; you'll savor the unraveling of the mystery and the brilliance of its heroine just as Miss Holmes savors all those desserts. 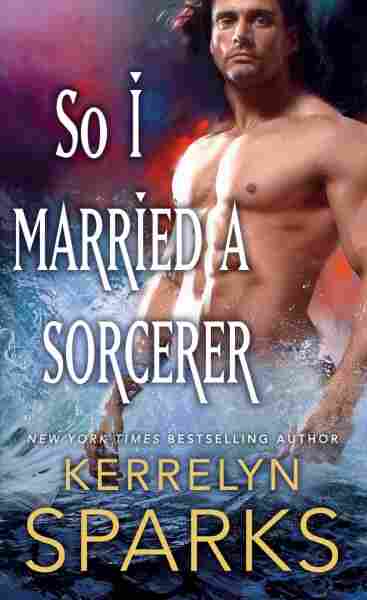 So I Married a Sorcerer

Title
So I Married a Sorcerer
Author
Kerrelyn Sparks

Finally, So I Married a Sorcerer by Kerrelyn Sparks is an utterly charming and delightful romance. The second book in her Embraced Series — described as Game of Thrones meets The Princess Bride — pairs an infamous pirate with a long lost princess in a story full of deception, danger, and fire breathing dragons. Oh, and it's a comedy.

Rupert is the most feared pirate in Aerthlan due to his ability to command the wind (Gotta love a hero with magical powers). His goal is simple: kidnap the long lost princess of Tourin, and use her to enact revenge on her half-brother, the King, who is legitimately The Worst Ever. As befitting a romance heroine, Princess Brigitta has "crazy" notions about getting to choose her destiny, and it doesn't involve being kidnapped and ransomed. Yet sparks fly between this "sorcerer of the wind" and this charmingly "overly dramatic" heroine who has some special powers of her own. After falling in love on the High Seas, they realize — naturally — that love might be the best revenge after all, making for a fast-paced story with tons of twists and turns that'll leave you guessing right up to the end just how Rupert and Brigitta will pull off a happily-ever-after.