Accessibility links
Actress Chloe Bennet Wants To Change The Narrative For Asian-Americans In Hollywood Actress Chloe Bennet speaks with NPR's Michel Martin about her decision to change her last name from Wang to Bennet, so she could increase her chances of getting an acting job in Hollywood.

Listen · 8:04 8:04
Actress Chloe Bennet Wants To Change The Narrative For Asian-Americans In Hollywood 8:04 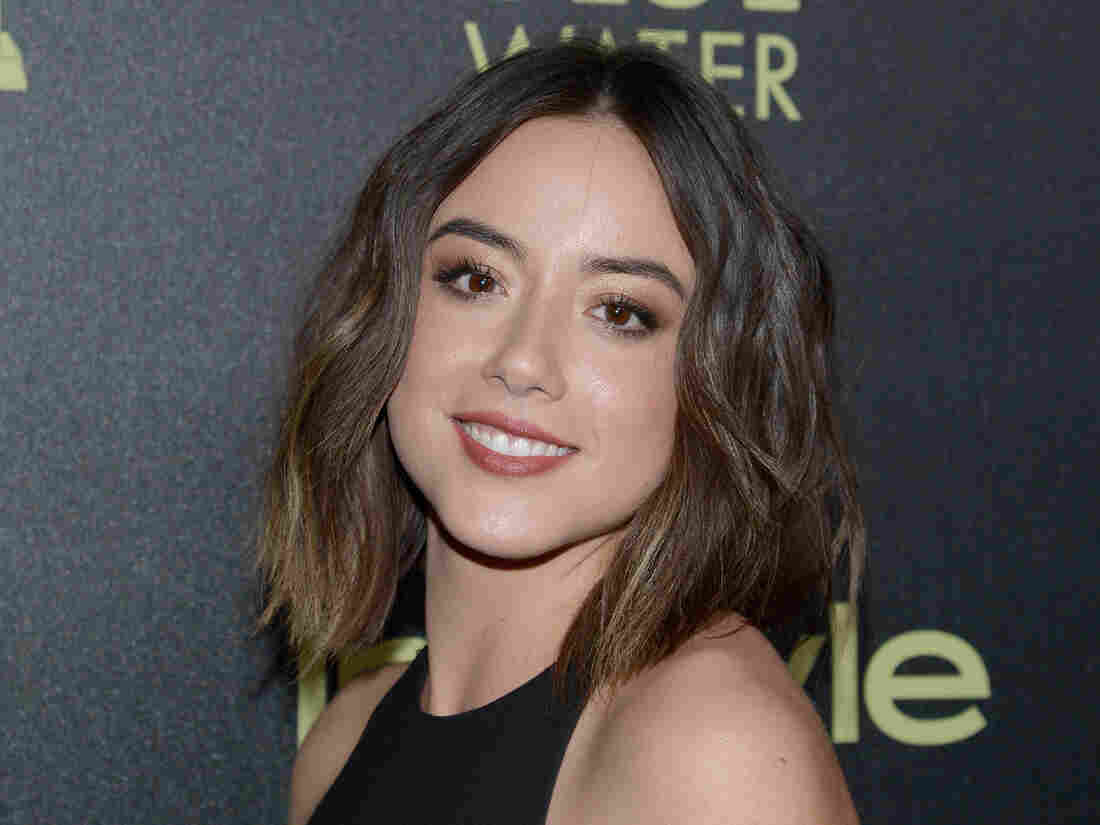 Actress Chloe Bennet says changing her last name from Wang to Bennet allowed her to get more casting roles in Hollywood. While she did this, she says she hopes Asian American women that come after her do not have to take the same steps to find work. Kevork Djansezian/Getty Images hide caption 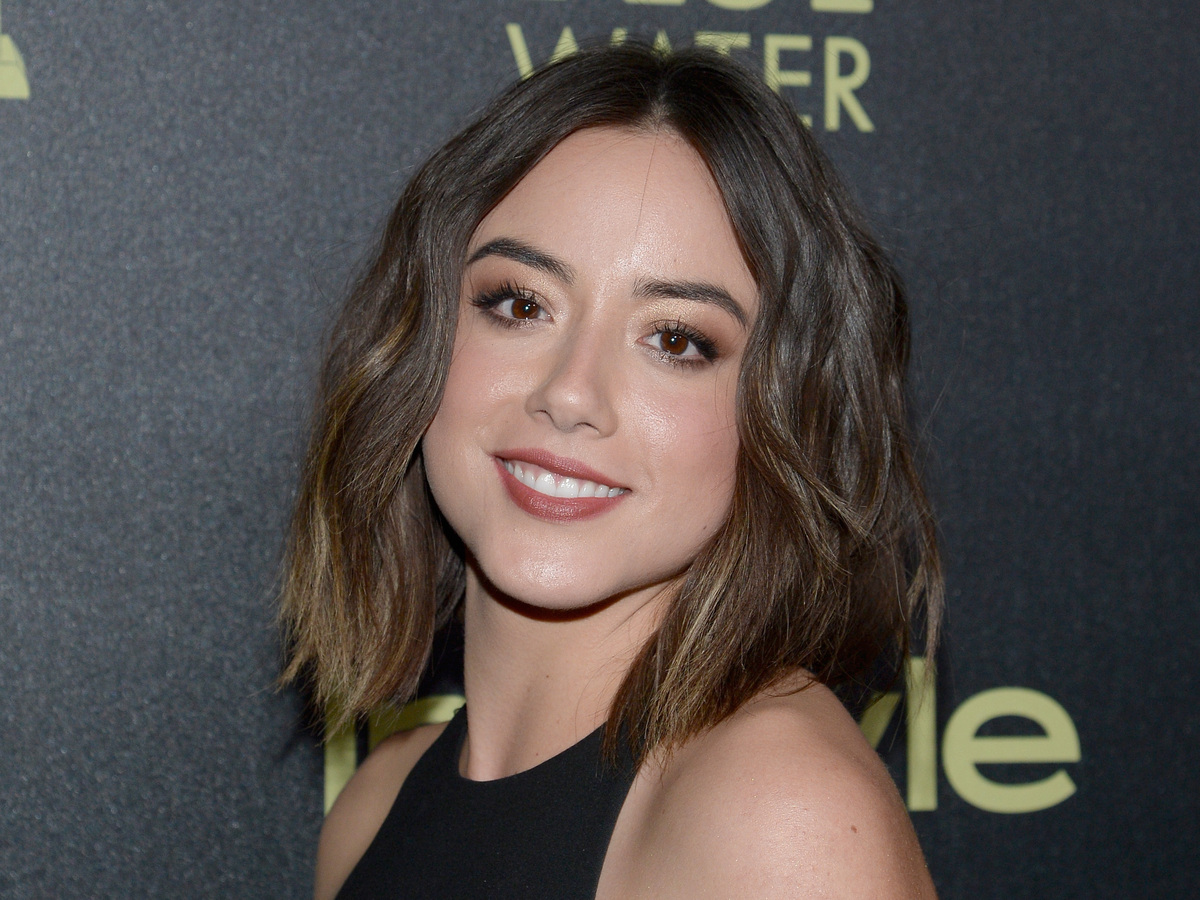 Actress Chloe Bennet says changing her last name from Wang to Bennet allowed her to get more casting roles in Hollywood. While she did this, she says she hopes Asian American women that come after her do not have to take the same steps to find work.

Last week British actor Ed Skrein, who is white, made news for quitting a project where he was cast as an Asian-American character in the reboot of the comic film Hellboy. Skrein's decision is the latest addition to an ongoing conversation about "whitewashing." Audiences as well as performers have started to challenge the casting of white performers as non-white ethnic characters.

Skrein's decision to step back from the role in Hellboy prompted Chinese-American actress Chloe Bennet, who stars in Marvel's Agents of S.H.I.E.L.D. TV series to speak out. That's because Chloe Bennet was born Chloe Wang. She says she changed her name because it was the only way she could improve her job prospects in Hollywood. But when Bennet praised Ed Skrein on social media for his decision to step away from his role in Hellboy, somebody on Instagram challenged her on the decision to change her name. As part of her response Bennet wrote:

"Changing my name doesn't change the fact that my blood is half Chinese, that I lived in China, speak Mandarin or that I was culturally raised both American and Chinese. It means I had to pay my rent, and Hollywood is racist and wouldn't cast me with a last name that made them uncomfortable. I'm doing everything I can with the platform I have to make sure no one has to change their name again just to get work."

Bennet spoke with NPR's Michel Martin about her decision to change her name, her experience as an Asian American actress in Hollywood and her organization Represent. Us. Now., created for Asian-Americans and Pacific Islanders that aims to boost and organize the Asian-American community in politics and in the media.

On what prompted changing her last name

[Y]ou know it was really just a really organic thing. An uncomfortable amount of my feedback had to do with the fact that I didn't look like what they expected me to look like. I had a casting director tell me 'You're not quite white enough for the role, but you're not quite Asian enough for the best friend role.' And I remember genuinely thinking 'Oh yeah, yeah she's right.' Like, I'm not fully white so I couldn't possibly be the lead even though there was no limitation on the breakdown of the character saying that this character needed to be any ethnicity. Also, when they see Chloe Wang, when you're new as an actor and your agents are trying to put you out for different roles, the casting directors go, 'No, that's OK. We won't take her. We don't know who that is. We're not looking for like that for this role.'

That kind of continually happened and my dad's first name is actually Bennet. So in Chinese culture, your father's name is a really big honor and so it only felt natural to take his first name, so I still honor him in that way.

Part of it probably is, and as I said, part of me does feel guilt about that at certain times, but it's my journey, it's what I did and there's a certain point where you have to play the game, and I'm doing everything I can with the platform I have now to make sure that no girl that comes to Hollywood now who's name is Lee or Wong or Chung or Wang has to do this again. It's really about changing the narrative and changing the content for Asian-American actors.

I think there are certain things that lend to authenticity and there are certain stories and projects that do make sense for all white people to be in, if that's the story and if they want to make the film with true historical accuracy. And then there's 90 percent of projects where that's not necessary. I think what's really dangerous with what, continuously, is happening with Asian-Americans in Hollywood is there's a narrative that white Hollywood, or just any other ethnicity really in Hollywood gives to Asian-Americans that, 'You're the butt of the joke.' They're determining that we're the nerds, that we're the shy girls or that the guy that can't be sexy because he's an Asian man.

When you're continuously giving a different ethnicity their own narrative without giving them a chance to actually represent themselves or write something that's true to them, then that's really dangerous. It really seeps into the psyche of young Asian-American kids. I know it did for me. I didn't see anybody that looked like me growing up on TV. I genuinely thought to my core that I would have no chance of being an actor because my dad wasn't white. The more I became aware of my thinking, the more I thought, 'Oh, this is because I look this way or because I feel this way.' Part of the reason why I started RUN is because I really want to encourage Asian-American teens and kids and anyone really, to start telling their stories because there's so many unique and interesting and dark and sad and funny stories that haven't been told because we haven't gotten the chance.

NPR's Gemma Watters produced the audio for this story. NPR's Wynne Davis adapted it for web.