Accessibility links
The Army, The Inventor And The Surprising Uses Of A Batman Machine The Army wanted a new, small device that could pull a person rapidly up a rope. The invention they eventually got has uses far beyond the military. 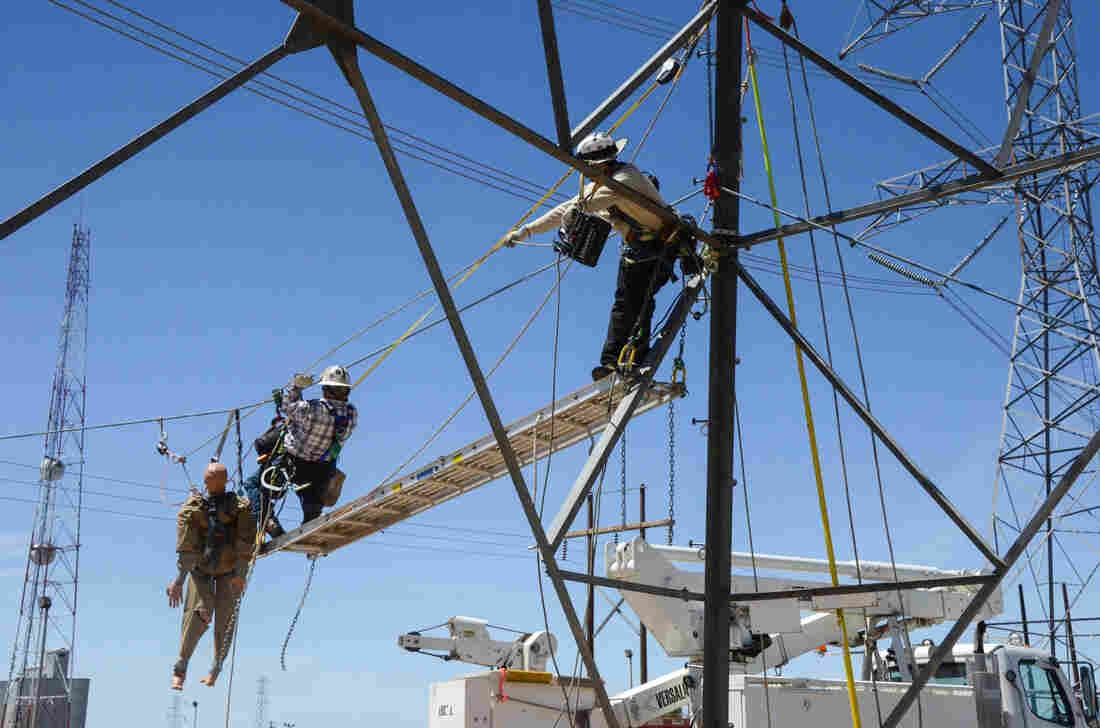 Lineman and Electricians train with the APA-5 Atlas Powered Ascender to recover rescue dummy prior to the onset of suspension trauma. Courtesy of Nate Ball/Atlas Devices hide caption 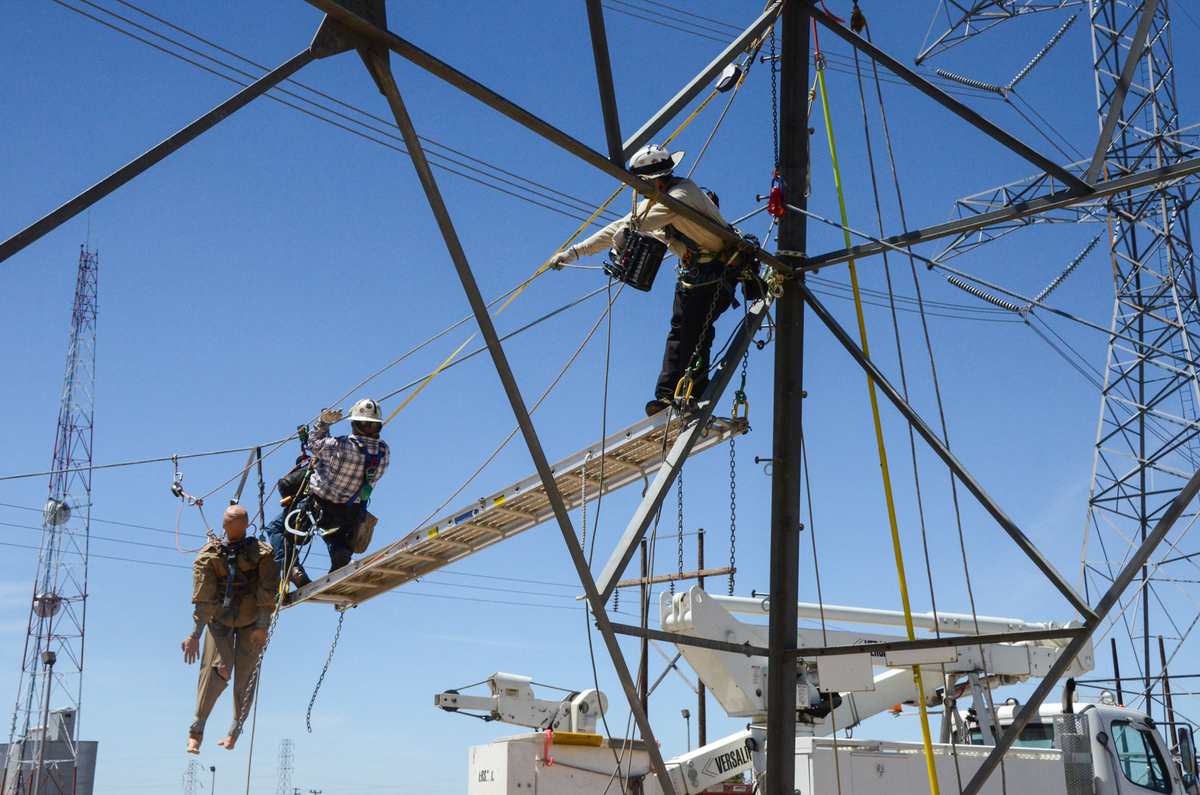 Lineman and Electricians train with the APA-5 Atlas Powered Ascender to recover rescue dummy prior to the onset of suspension trauma.

Sometimes the true value of an invention isn't obvious until people start using it.

Consider what happened to inventor Nate Ball and his powered ascender. About 15 years ago, Ball was an undergraduate at the Massachusetts Institute of Technology when the U.S. Army approached MIT with a request: Can somebody build a powered device that can pull somebody up a rope, like Batman does? 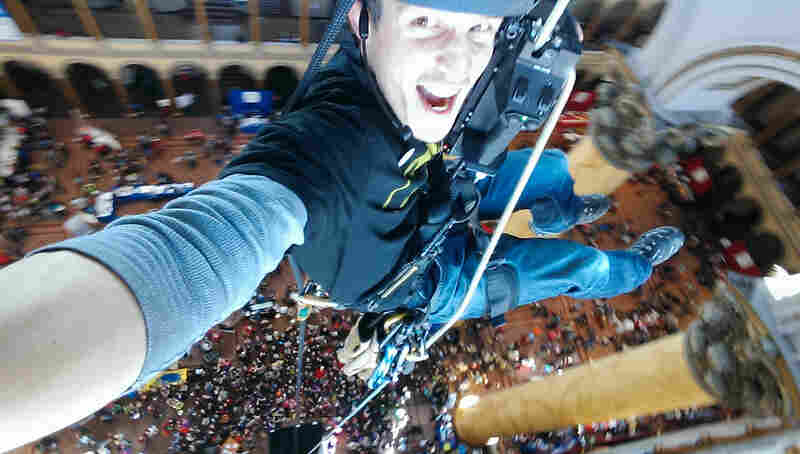 Nate Ball takes a selfie from 120 feet in the air at the top of the National Building Museum in Washington, D.C. Courtesy of Nate Ball/Atlas Devices hide caption 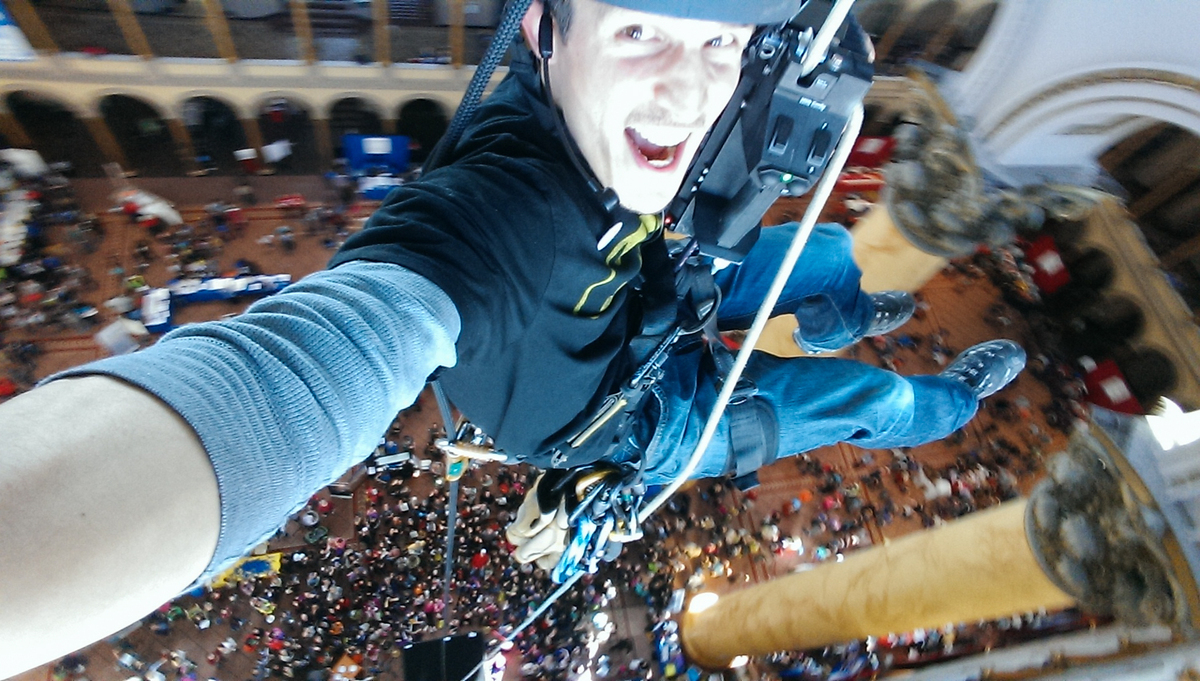 Nate Ball takes a selfie from 120 feet in the air at the top of the National Building Museum in Washington, D.C.

"We looked at each other and said, 'That sounds awesome. We'd love to build that,' " Ball recalls.

The Army wanted the device for rescue operations, like lifting wounded soldiers or hauling someone out of the water. Ball's idea was to build a battery-powered winch that someone could wear around their waist.

In 2005, he formed a company called Atlas Devices to work on the project, and eventually it paid off. "Twelve years later, with a lot of blood, sweat and tears along the way, Atlas Devices gets to build those powered ascenders," Ball says.

Atlas Devices sells the ascenders to the Army, and the Army uses them in rescue operations, as expected. So do fire departments and other first responders.

But Ball also noticed that utility companies started buying them, and when he contacted them to ask why, they explained they were using the ascender to install live power lines called conductors.

"They actually pick up the conductors and raise them up into the air and attach them to the tower," he says. It was an application he had never considered.

That experience led to a revelation.

"Sometimes you come up with a concept and put it out into the world with an initial vision for what it's good for, and how people are going to use it," he says. "Then they come up with new ways to use it. And that's one of the most exciting things about putting something new into the world, is you actually don't know what it might get used for."

Of course, there's a long history of inventions finding unexpected uses. For example, in 1953 the Rocket Chemical Company was trying to develop solvent that would displace water from the surface of metals. Their 40th attempt was successful, and the water displacement solvent was initially used to protect the outer skin of missiles, but WD-40 also became popular around the house as a lubricant.

Or the case of Pfizer chemists who were looking for a drug to treating high blood pressure and chest pain. The drug flopped for those uses, but Viagra became quite popular when used for other applications.

Ball says the same thing has happened with a seemingly straightforward invention: the ladder.

After Ball built the ascender, the military approached Atlas Devices about designing a ladder that was strong, but lightweight and segmented so it was easy to carry. "Ladders can still benefit from a lot of innovation," Ball says. 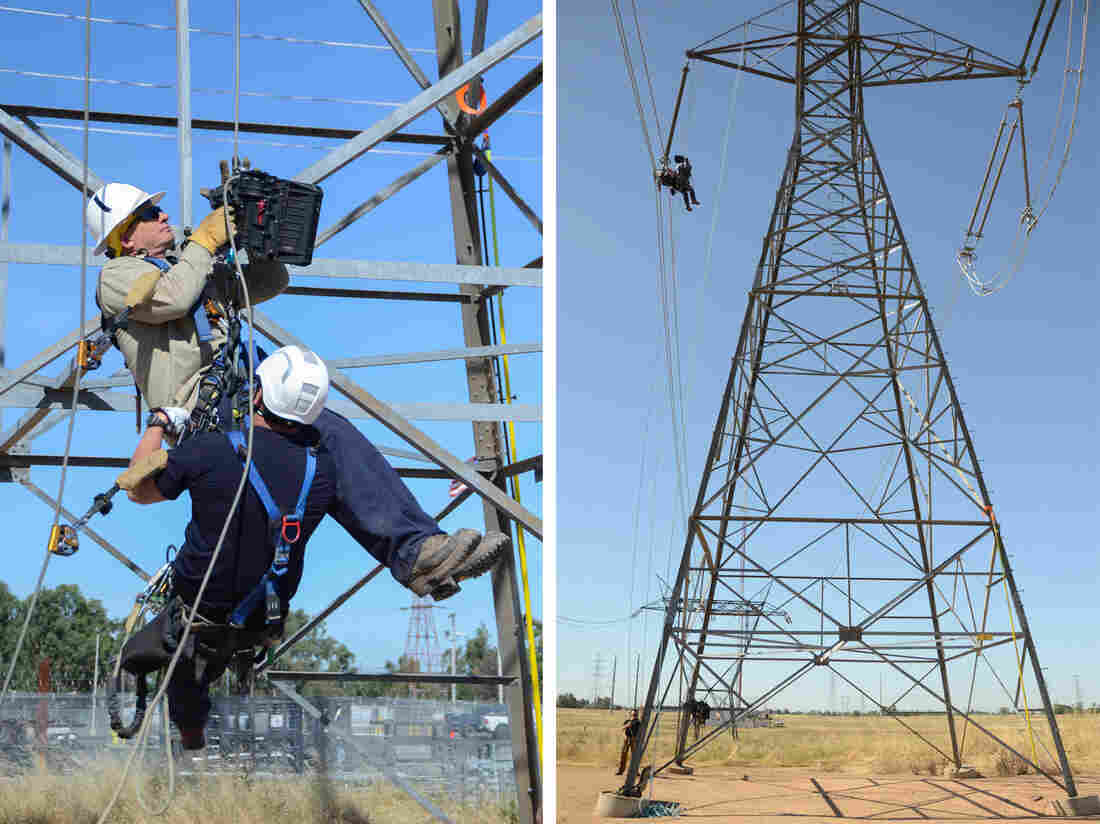 Utility workers use an APA-5 Atlas Powered Ascender to practice a pick-off operation, quickly rescuing a lineman who had "fallen" from his position on a high voltage transmission line. Courtesy of Nate Ball/Atlas Devices hide caption

Ball and his colleagues designed and built such a ladder. The military liked it, but used it in unexpected ways. In addition to using it to climb, in at least one instance a group of soldiers took the device apart and turned it into a kind of stretcher.

Ball now considers this kind of thing a part of the invention process: designing new devices, but then working closely with the people who use them to figure out what they're really useful for. In the ladder example, he's now added straps to the ladder to make it easier to carry when used as a stretcher.