Accessibility links
Review: Hüsker Dü, 'Savage Young Dü' Through the '80s, Minneapolis three-piece Hüsker Dü helped broaden the ambitions and parameters of punk rock. Now, after years of work, its early recordings have been rebuilt from the ground up. 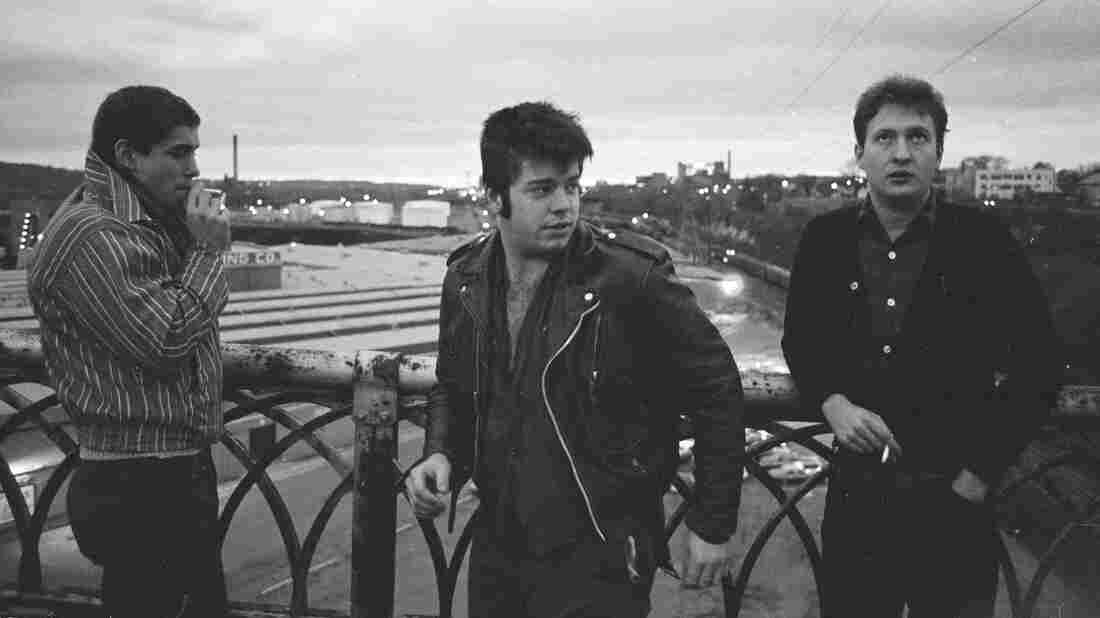 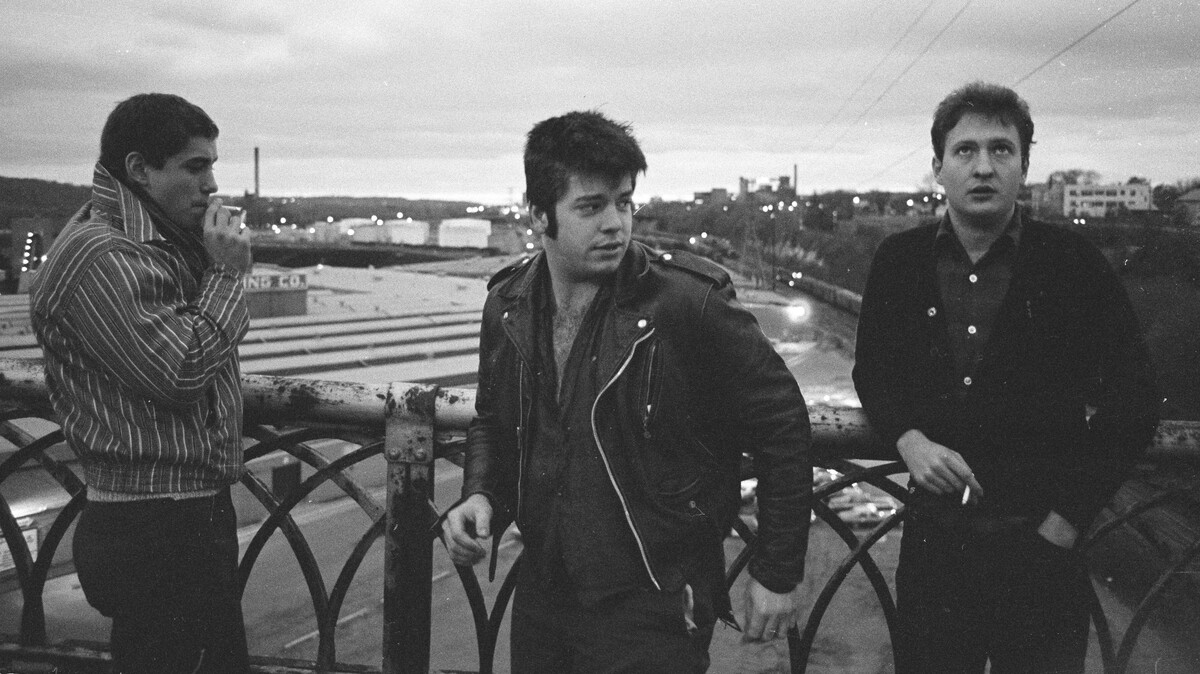 At the bottom of this article you'll find all three discs from Savage Young Dü, the extensive reissue project of Hüsker Dü's early catalog due out in November from Numero Group.

It's tough to think of a rock band as storied and ferocious as Hüsker Dü that has been as poorly served by its recording history. The majority of the eighties punk-pop-noise-hardcore trio's work — featuring not one but two of the field's best singer-songwriters, in guitarist Bob Mould and drummer Grant Hart, along with bassist Greg Norton — came out on the Long Beach, California U.S.-punk standard bearer, SST Records, where the band's recordings were supervised by the label's in-house producer Spot. The producer achieved . . . muddy results. "Spot was a lousy engineer," says Ken Shipley of Chicago reissue label the Numero Group. "They didn't have the money to make their records sound good."

No one who loves punk should live without the Hüsker Dü catalog. With the exception of Bad Brains, no hardcore band of the early '80s played faster or with more bite, and not even Bad Brains wrote better tunes — and hardcore was only the beginning of Hüsker Dü's range. From 1982 to 1987, the band issued seven superb albums (counting 1983's Metal Circus 12-inch EP, their first for SST) that remained louder than hell while exploring everything from folk to psychedelia to pure pop — albeit as heard through a lint filter much of the time.

Along with crosstown rivals The Replacements and, of course, Prince, the Dü was one of the bands that put Minneapolis rock on the map in the mid-'80s, particularly in 1984, when the trio released Zen Arcade, a floridly ambitious double-LP. Two years and two more SST albums later, Hüsker Dü signed to Warner Bros., issued two more excellent albums, then broke up amid some personal acrimony following the suicide of their manager, David Savoy.

In recent years, The 'Mats' catalog has been given upgraded and expanded reissue, and this summer kicked off with a remastered Purple Rain. For decades, though, Hüsker Dü fans have had to make do with CDs taken from nth-generation sources that weren't exactly spruced up the first time. So Shipley decided to do something about it.

This November, Numero will be releasing Savage Young Dü, a three-disc box, plus an extensive, 144-page booklet written by Erin Osman, that chronicles the band's evolution prior to its 1983 SST signing. Containing 69 tracks recorded between 1979 and 1982, Savage Young Dü features all of the band's 7-inches from the period, including "Statues"/"Amusement" (which Numero reissued on vinyl in 2013 as a Record Store Day special) and 1982's "In a Free Land"; a remastered version of Hüsker Dü's second album, 1983's Everything Falls Apart; an alternate version of their 1982 debut, Land Speed Record; and a heap of demos, alternate takes, and live versions of a number of previously unreleased songs. And all of it sounds incredible — even the cruddiest source material rings through with maximal volume and clarity. 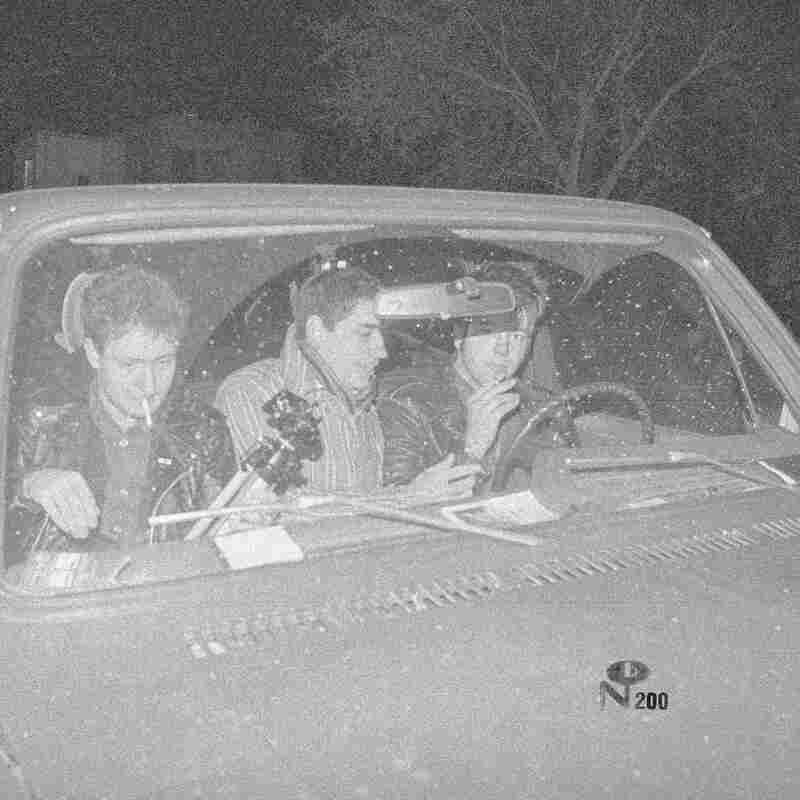 Savage Young Dü is the result of seven years of wheeling and dealing and cajoling on Numero's part. SST Records is owned by ex-Black Flag guitarist Greg Ginn, a notoriously prickly figure who has been sued numerous times by the label's bands over unpaid royalties. Following a 2013 lawsuit against Ginn's ex-Black Flag bandmates over the use of the band's name and logo in a reunion tour (minus Ginn), which the guitarist lost, a full-scale reissue of the Black Flag catalog was iced. Former Flag singer Keith Morris told Rolling Stone, "We were going to remix them and remaster them. Everything was going to be souped up." Instead, Ginn "disowned" not only the project, but his former bandmates.

Ginn's protectionist stance, combined with the often fragile state of affairs between Hüsker Dü's members, set the Dü project up to be a steep climb. Nevertheless, Shipley was ready. "By 2010, we were in a place where we were working with people we thought were impossible," says Shipley. "I thought, 'If we can make these guys work with us, what's something that seems impossible? Maybe we should try that.' Hüsker Dü is the first thing I thought of. It took us a while, but eventually Henry Rollins introduced us to Grant."

Eventually, Shipley came to visit Hart in Minneapolis. "He had all these great stories that were bottled up," says Shipley. "He took us out to Cedar Lake, over to Hidden Beach, and he was like, 'Let's go for a swim,'" Shipley recalls. "While we were out there, he said, 'This is where we shot the cover for [the 1985 Hüsker Dü album] New Day Rising.' I'm sure he'd done that with other people before, but it felt really special and made me feel like this was something that needed to be done."

Even after the "Statues" reissue in 2013, "it took a couple years to get to a point where everybody was on board," says Greg Norton, a former restaurateur who now works as a wholesale wine distributor, as well as still playing bass. "But Numero definitely demonstrated that they hold the legacy in high regard."

"There had been talk with the other guys about projects of varying degrees of difficulty," Bob Mould told Mary Lucia, a host with Minneapolis public radio station The Current, in a to-be-aired interview. "What assets do we have, what can we cobble together to make something that would be interesting for the fans? And we have all these early demos, we have different live recordings, we've got B-sides." Once the set's shape was decided, Mould added, "The deal was easy to put together. It was real quick and clean."

Most of the tapes came from the collection of Terry Katzman, the former owner of Minneapolis record shop Garage D'or and an early Hüsker Dü soundman, who co-founded Reflex Records with Mould to put out some of band's early titles (including "Statues" and Everything Falls Apart). "Terry Katzman documented almost everything the band did, going back to the very end of 1979," says Shipley, who took Katzman's stash of "maybe 130" tapes back to Chicago in June of 2016.

Once home, Shipley transferred the hoard — including a good sixty more tapes from the Hüskers' own collections — to digital, working primarily at Electrical Audio, the Chicago studio owned by famed engineer and musician Steve Albini. Once there, old titles were "completely remixed to the exacting standards of what the record was — but improved," says Shipley. "It was, boom! Perfect."

Then there was the issue of Land Speed Record -- the band's debut album, taken from the first set of two the band played on August 15, 1981, in Minneapolis' 7th Street Entry. Even if Numero had licensed the original from SST, says Shipley, "The original tape was apparently stolen out of the band's van at some point. There's no way to really go back." Besides, the existing versions sound characteristically awful. "SST's using a multitrack copy and a mixdown that's probably two or three generations [old], and the CD version is even worse."

Though the original tape of the second set actually exists (it's in Numero's hands), Savage Young Dü utilizes a third option. "We found this other set that was done for this Twin/Tone [Records, a Minneapolis label that was the home of hometown rivals The Replacements] showcase two weeks later — they played basically the exact same set," says Shipley. "They're even better than they were two weeks earlier. And the soundboard tape was way better. It was just a marked improvement over Land Speed Record. We said, 'Let's do a better version of it.'"

Originally, Savage Young Dü was mooted to run for 110 tracks, but Shipley wound up cutting it down to 69 tracks and under three hours. "At a certain point, making every single thing available was going to be a bit redundant. We dialed it into what we thought was the best Hüsker Dü of this early period. We tried to capture every song they wrote, the best performances. A lot of this stuff was never recorded in a studio. There were tons of rehearsal tapes and sound checks."

Not to mention a torrent of material. The thrill of Savage Young Dü is hearing three young men figuring out how to turn their dissatisfaction with the world into glorious noise in more-or-less real time. Hüsker Dü didn't hatch fully formed — on the first disc, they try on everything, from the mock-Beach Boys mock-balladry of Hart's "Can't See You Anymore" (which rhymes with "It's not 'cause I think you're a w****") to the stern, PiL-style post-punk of "Statues." But it takes startlingly little time for the band to sound like itself.

"Hearing this stuff for the first time in a couple of decades, I [was] realizing the historical significance of what we were doing at the time," says Norton. "Of course, at the time, we were a bunch of kids playing rock 'n' roll in the basement. But the potential that Hüsker had showed right out of the gate."

Hart put it a different way to The Current's Andrea Swensson in another to-be-aired interview. "Hüsker Dü has never had a cutting room floor," he said. "Or let's say if there is, that we keep that floor well swept and anything that falls on that floor, we make sure that we pick it up and put it where it belongs." As for the possibility of other Hüsker reissues from Numero: "It's too early to say," says Norton. "But never say never."

You can pre-order the box set from Numero Group ahead of its Nov. 10 release.