Accessibility links
NFL Wide Receiver Anquan Boldin Retires To Focus On Activism After 14 years in the NFL, Anquan Boldin has hung up his cleats to focus on human rights activism. He says that events in Charlottesville, Va., led him to decide to change careers. 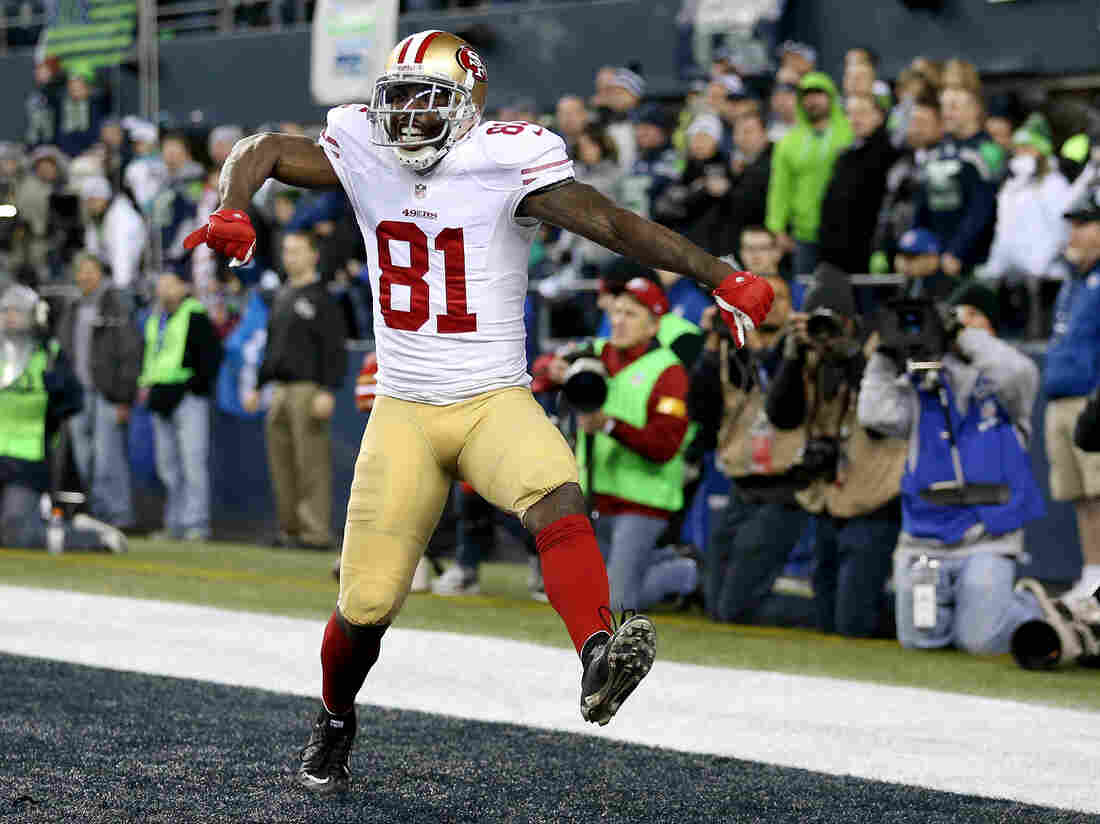 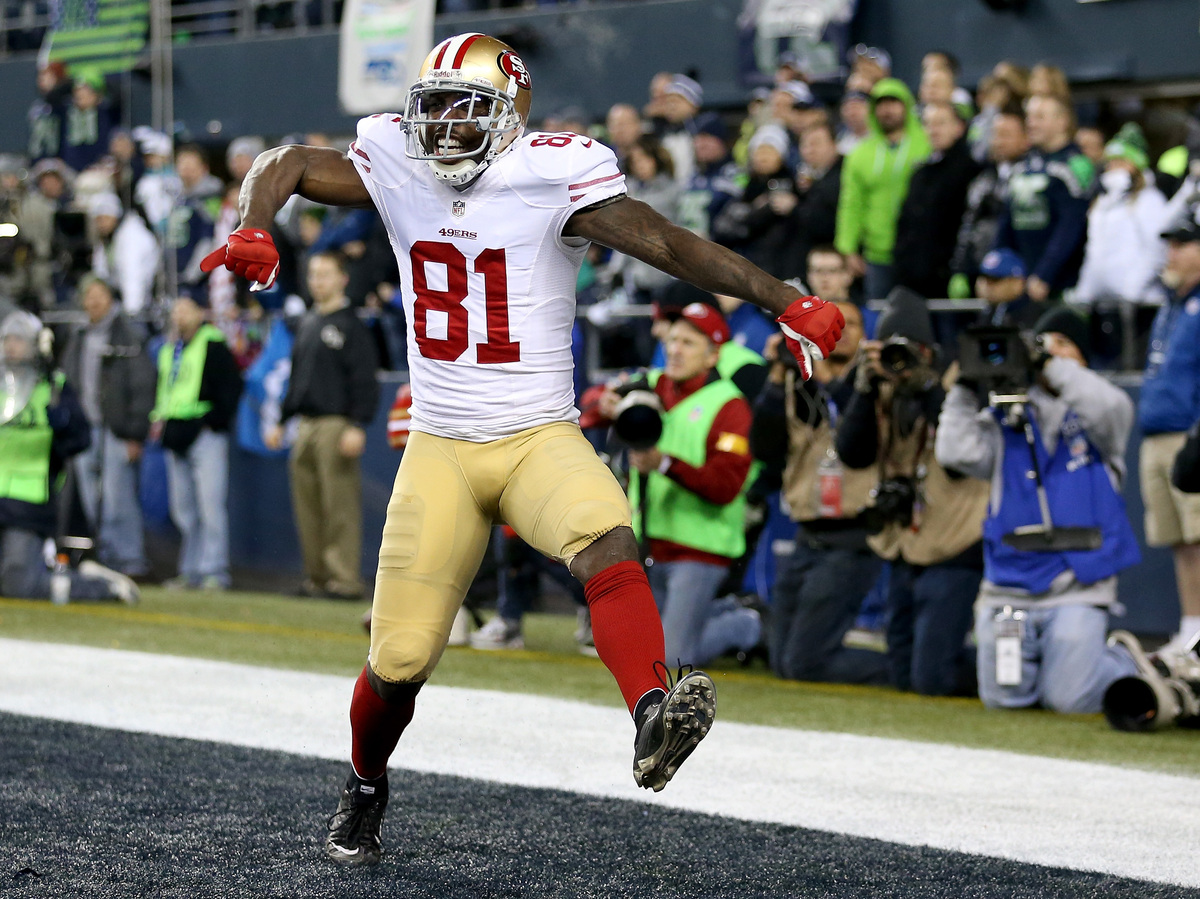 After 14 years in the NFL, Anquan Boldin is ending one career to begin another. The 36-year-old Super Bowl champion and potential Hall of Famer is leaving football to focus on social activism and charity work full time.

Just last month, Boldin signed a one-year deal with the Buffalo Bills. But not even two weeks later, he quit.

"Football takes up a huge amount of your time," Boldin tells NPR's Rachel Martin. "I wanted to be able to spend as much time as I felt was needed to work on advocacy."

This isn't an unfamiliar field for the former wide receiver. In 2015, he was named the NFL's Walter Payton Man of the Year — an annual award that honors a player's volunteer and charity work. 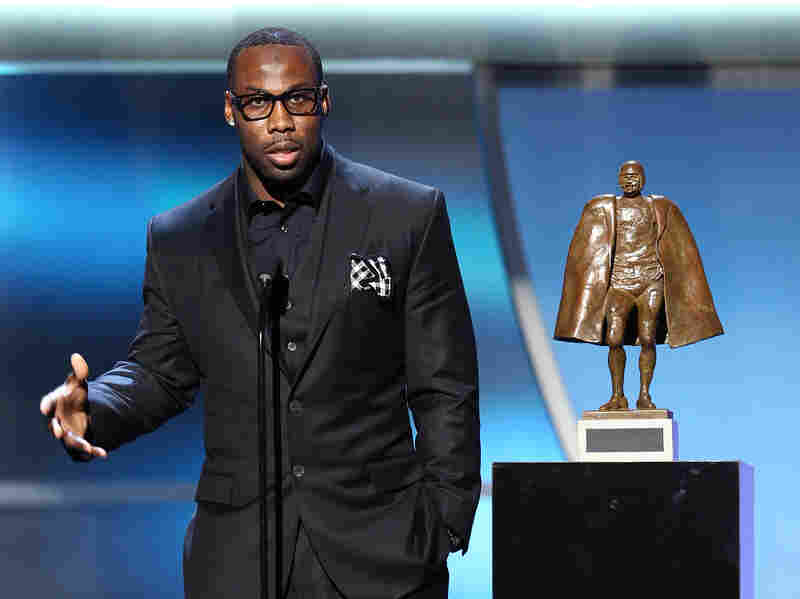 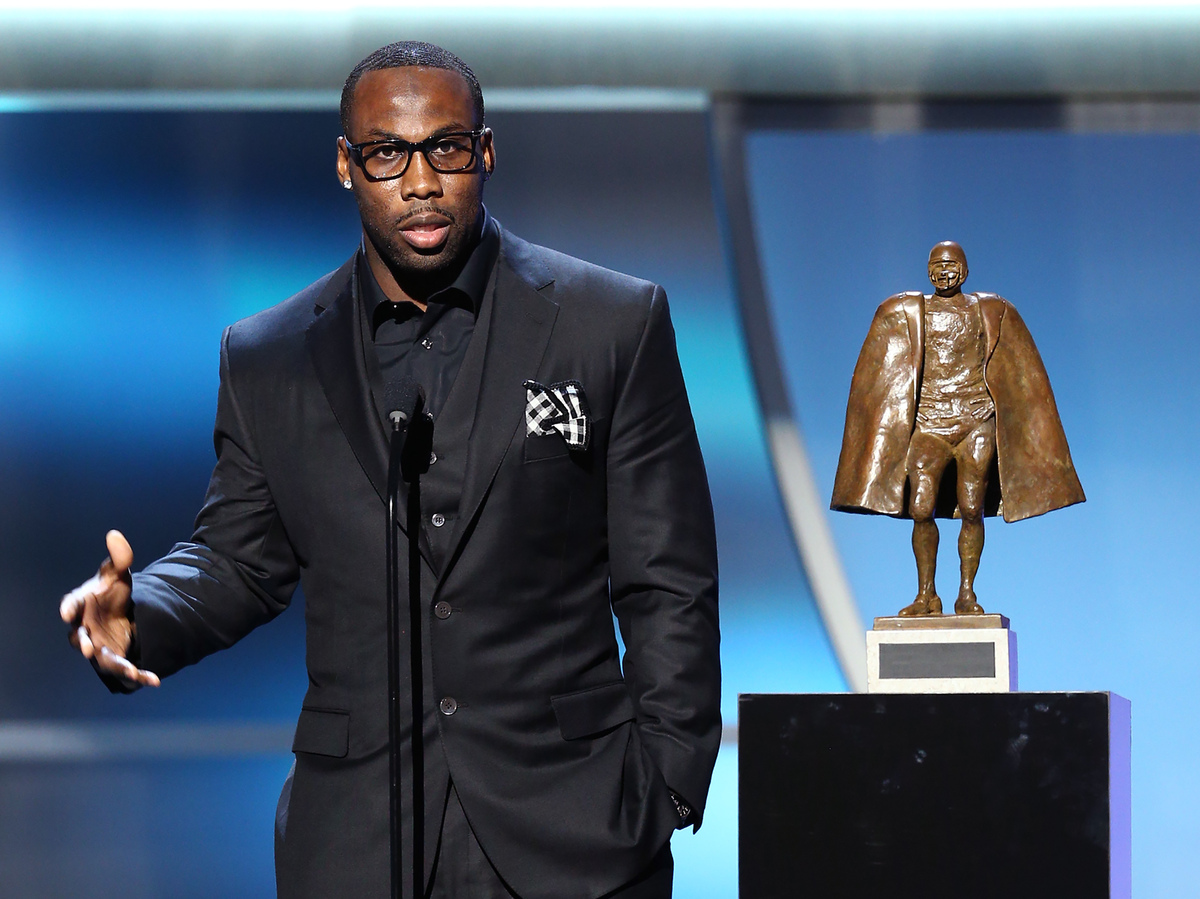 Anquan Boldin, then of the San Francisco 49ers, accepts the Walter Payton NFL Man of the Year award in 2015.

Boldin's retirement comes amidst controversy surrounding his former San Francisco 49ers teammate, Colin Kaepernick. Kaepernick took a knee during the national anthem before games during 2016 season in protest of the treatment of African-Americans and minorities in the U.S.

Kaepernick is currently a free agent, but players across the league have shown support him — most prominently, Green Bay Packers star, Aaron Rodgers. "I think he should be on a roster right now," Rodgers told ESPN. "I think because of his protests, he's not."

Boldin supports Kaepernick's activism, saying his protests have gained him more and more support from fans. "For those that really want change, I think they'll listen to [his] message and they'll take it to heart," he tells NPR.

Boldin says that while he's been troubled by the America of the last few months, the recent response to flood victims of Hurricane Harvey has given him hope.

"[W]ith the devastation that is going on in Houston, and the people that have stepped to the forefront to help people that they don't know — doesn't matter race, color, creed, religion, none of that matters," he says. "Only thing they can see is a brother or a sister in need of a helping hand, and they're willing to lend that hand to them."

On how the rally in Charlottesville, Va., sparked his decision to leave the NFL

Seeing the person lose their life because they were fighting for justice for someone else. You know, where you had guys walking down the street with flags with swastikas on it, screaming "Jews will not replace us." It's just so blatant at this point. It's no longer hidden. It's no longer, you know, turning a blind eye. It's right in front of you. And I think we as Americans have to stare this right in the face and deal with it.

I would like to think so. Do I have the desire and the passion to play? Of course I do. But at this point in my life, I just feel like there's some things that are more important. And I feel like I couldn't just sit back and continue to let things be status quo. I had to use my voice and the platform that I've been afforded for change.

On the responsibility of athletes to speak up

On his main focus going forward

Criminal justice reform as a whole is, I mean — it's a huge problem. But there's different parts to it. If you look at mandatory minimums for juveniles, we're looking at legislation that is on the floor now with our bills and legislation we can get behind to hopefully get passed in different states. One of the initiatives that we're pushing now is in the state of Pennsylvania for juvenile lifers — 'cause I think it's unconstitutional for a kid at a juvenile age to be serving a life sentence without parole at this point.

Note: Some parts of this interview were not included in the audio version.