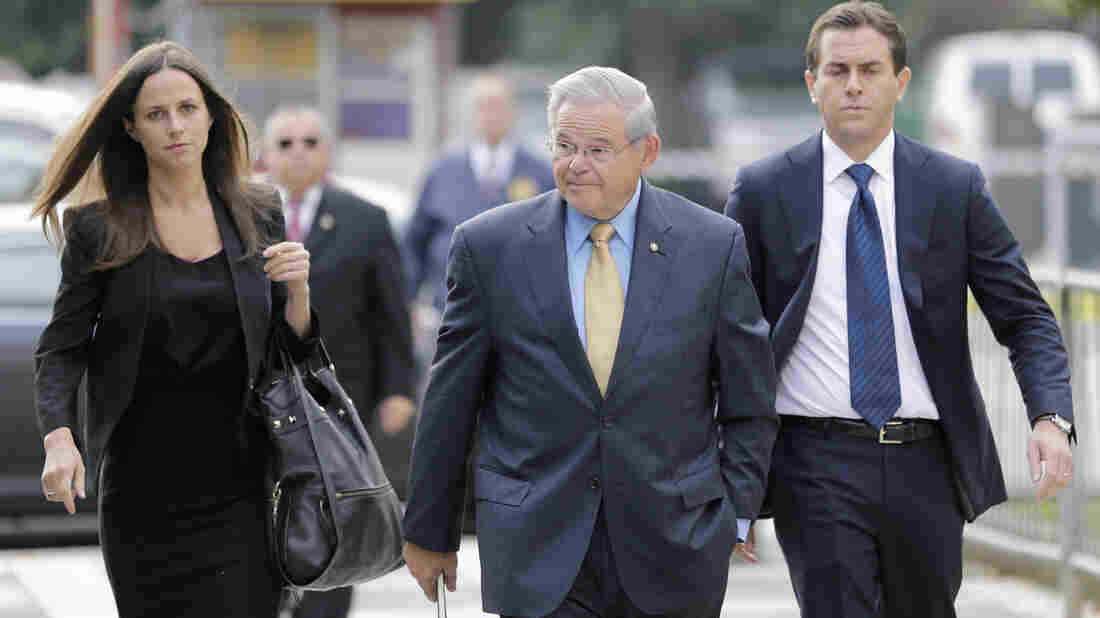 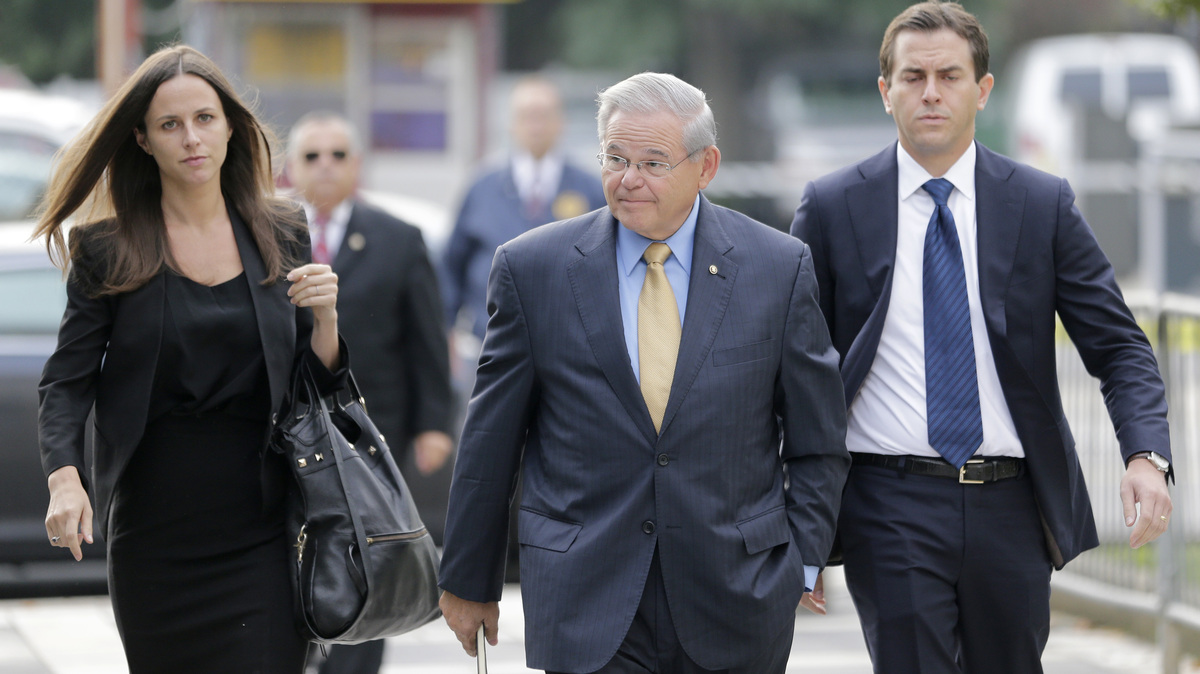 Sen. Bob Menendez (center) arrives with his children to court in Newark on Wednesday.

Justice Department prosecutor Peter Koski began his opening arguments in federal court in Newark with a seemingly innocuous story: "A few years ago, a man sent an email requesting a hotel room for a long weekend in Paris."

But it was hardly a harmless ask, at least in the eyes of the prosecution.

The sender of the email was Sen. Bob Menendez, a Democrat who represents New Jersey. And the recipient was his friend, wealthy Florida ophthalmologist Salomon Melgen, who used his American Express points to pay for the luxury quarters with a view of the street below.

During opening remarks in the Democrat's corruption trial Wednesday, prosecutors said the Paris hotel room was just one instance in a long-standing bribery scheme between the two men, in which they traded lavish trips and gifts for official government favors.

"Menendez went to bat for Dr. Melgen at the highest levels of our federal government for many years," Koski said, "because Melgen gave Menendez access to a lifestyle that reads like a travel brochure for the rich and famous."

But Menendez's defense attorney Abbe Lowell countered that gift-giving was common in the 25-year friendship between the two men, which he described as evolving from a political connection to a close personal bond. "These two men refer to each other as brothers," Lowell said of Menendez and Melgen, who often traveled together, sometimes with their families.

The prosecution, Lowell argued, focused on the years between 2006 and 2013 in their case, calling gifts bribes only if they occurred during the time period covered in the indictment. "The problem is that they left out a lot," he said, of the previous decade and a half of the men's friendship, "a whole lot."

During that period, Melgen flew Menendez around on his private jet, shuttling him back and forth from New Jersey to Melgen's home in the Dominican Republic. (Koski said Menendez was such a frequent passenger on Melgen's private plane that "one pilot thought it was necessary to stock the kitchen with his favorite brand of bottled water.") The ophthalmologist also paid for Menendez to travel to Paris and Punta Cana, a resort in the Dominican Republic, and spent hundreds of thousands of dollars in political contributions that were beneficial to Menendez.

In return, prosecutors say, Menendez tried to help Melgen settle an $8.9 million debt he owed Medicare for overbilling, secure student and travel visas for Melgen's girlfriends, and work out a port contract dispute.

The facts of the case are largely not in dispute — Melgen offered free flights; Menendez took the trips. The question is whether anything illegal occurred, such as a quid pro quo scheme to trade gifts for political favors.

Prosecutors acknowledged that the two men never memorialized their bribery scheme in writing but asked jurors to pay close attention to the timing of events in the case, noting that favors from Menendez were often swiftly followed by offerings from Melgen, or the reverse.

But Lowell predicted that the government would offer "not one scrap" of evidence showing an explicit deal between the two men.

He added that Menendez never enacted laws to enrich Melgen and that all of Menendez's actions were justified and part of the duties of a senator to represent constituents' concerns before the executive branch. "That is Congress' job."