Accessibility links
Opioid Crisis Looms Over Job Market, Worrying Employers And Economists Companies across the U.S. say it's getting harder to find applicants and keep workers once they've been hired. Economists from the Federal Reserve to Wall Street say opioid addiction may be a factor. 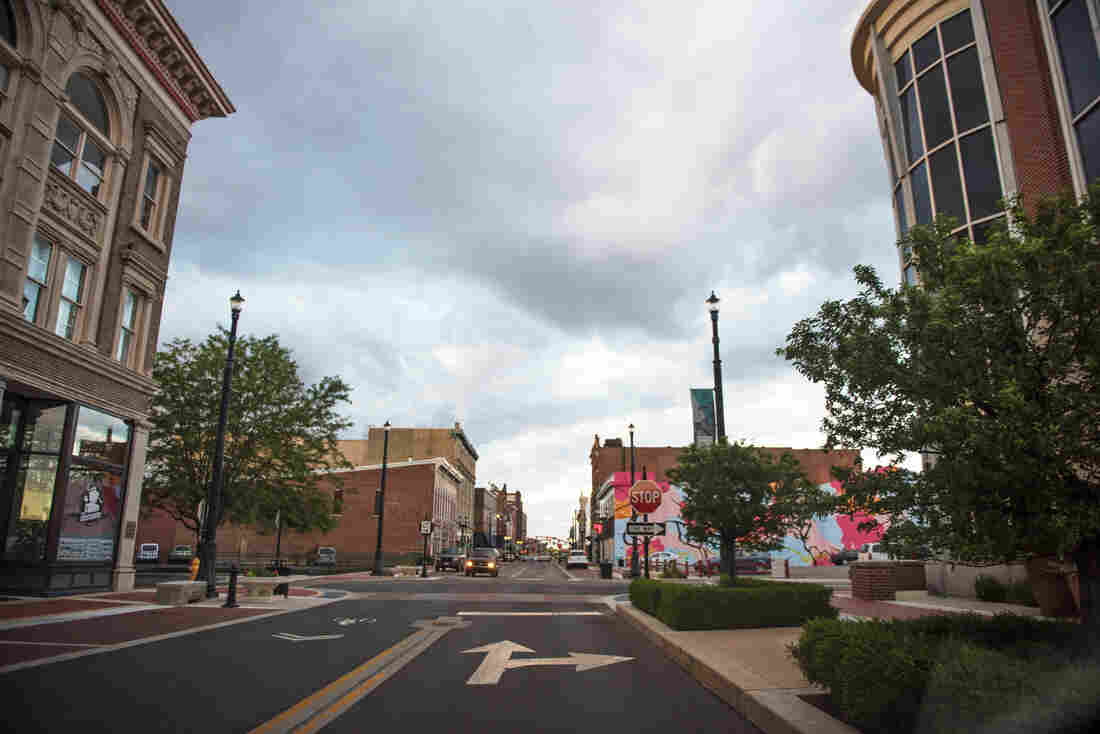 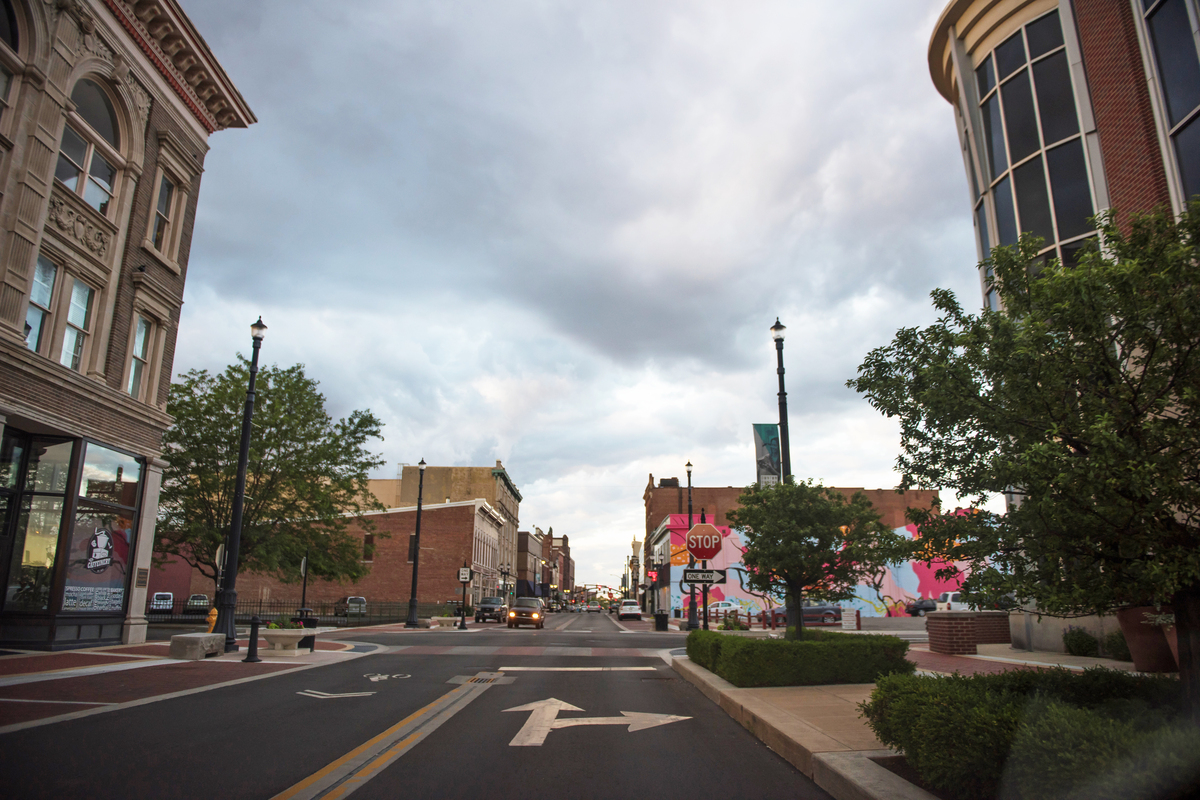 Downtown Muncie, Ind., has seen revitalization over the past several years.

Driving down the main commercial artery in Muncie, Ind., it seems the job market is doing well. The local unemployment rate stands at 3.8 percent, and there are hiring signs posted outside the McDonald's, a pizza joint and at stop lights.

Around 2007 — the last time the market was so tight — job applicants came streaming through the offices of Express Employment Professionals, a staffing agency that screens and places about 120 workers a month, mostly at the local manufacturing firms.

"Even with the low unemployment rates that we had at that time, there were still plenty of applicants," says Express' owner, Nate Miller. "Now, we're down to that 3 to 4 percent unemployment throughout all of Indiana, but there's very few applicants, and the question is: Where did they go?" 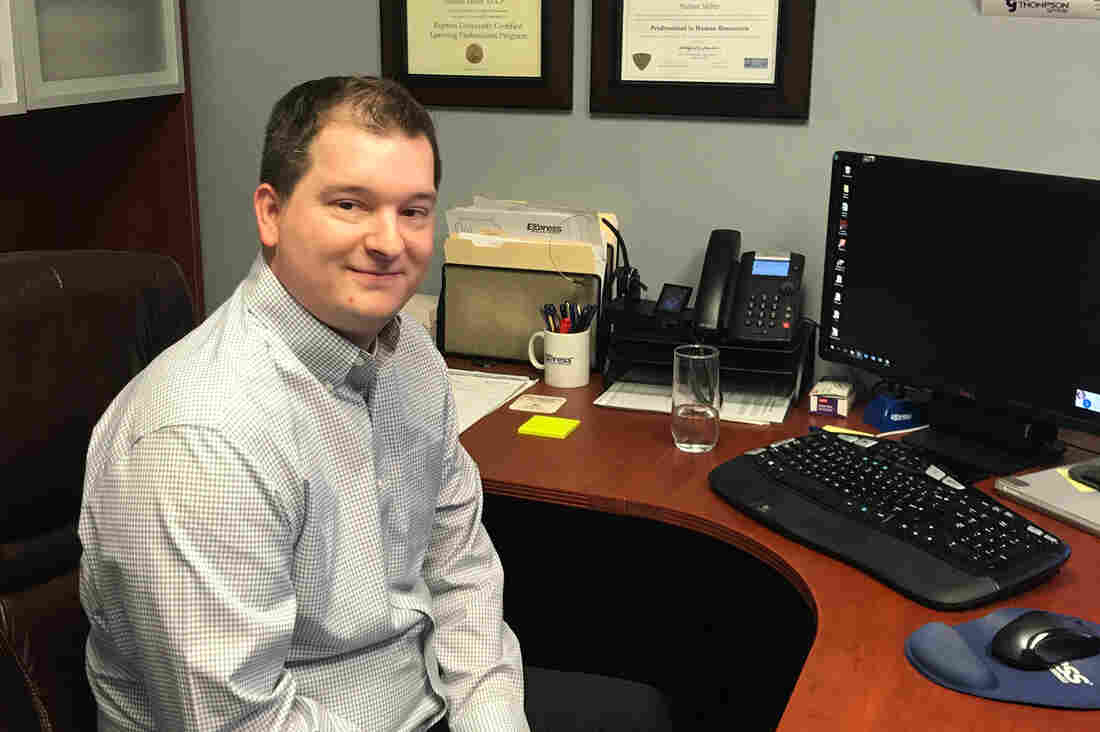 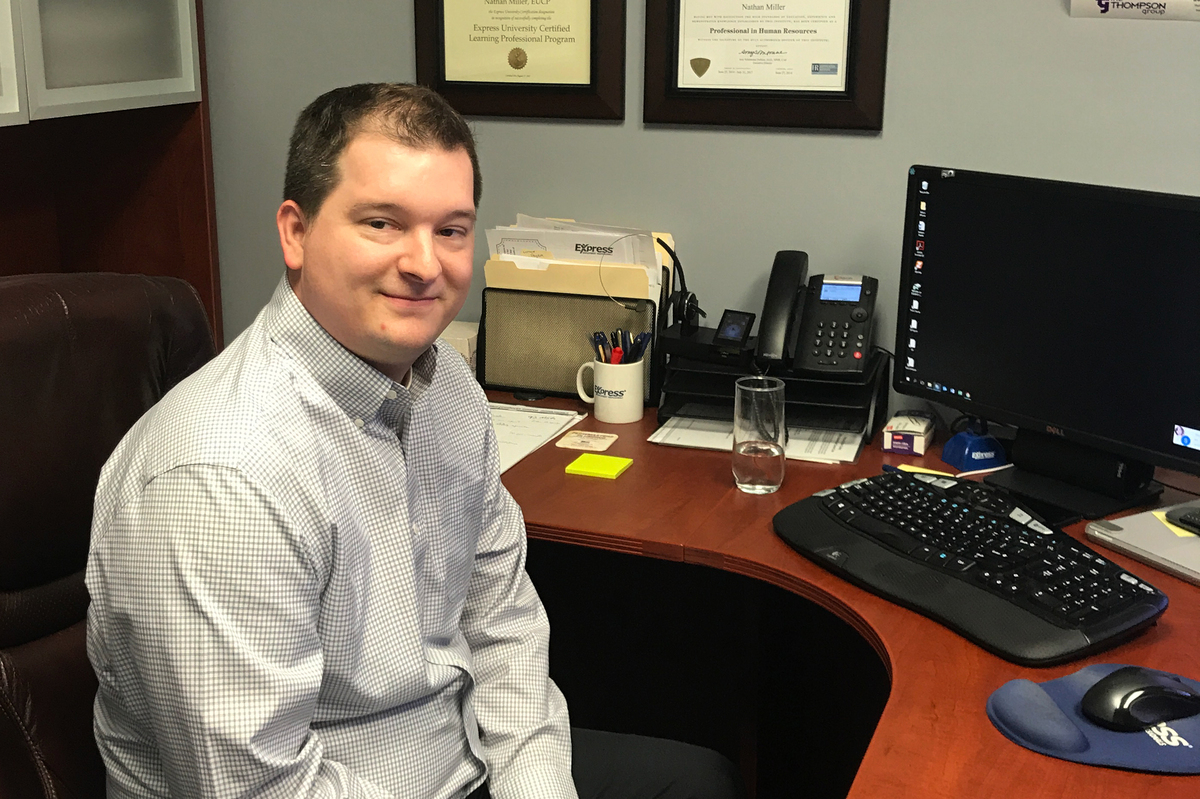 Nate Miller is the owner of Express Employment Professionals, a staffing agency in Muncie, Ind., that screens and places workers at local manufacturing companies.

Where did they go? That is a big question for economists from Federal Reserve Chair Janet Yellen on down. Nearly all working-age men ages 24 to 54 were in the labor force through the 1950s and '60s. Now that rate is 88.5 percent.

Demographic changes such as the retirement of baby boomers and a tendency to stay in school longer explain part of the trend. But increasingly, the Fed and Goldman Sachs have said in various reports that they believe opioid addiction might be a factor.

Miller agrees. Employers tell him they could build and sell more, if they could hire and keep more workers, but his staffing business can't keep up because a third of job applicants fail the pre-employment drug test — these days, almost always for opioids.

Muncie is home to agriculture and manufacturing, but also has Ball State University and a big hospital, which are also major employers.

People here trace today's opioid problem — both pain pills and heroin — back a couple of years. They say it seems to hit people harder, across more walks of life, than the methamphetamine boom did several years back. More so than other drugs, those who got hooked on opioids say it leaves them too tired or dope sick to function.

For employers, like metal parts maker Mursix Corp., dealing with it can be both painful and necessary.

Two years ago, some of the company's 300 employees were caught dealing drugs on the factory floor.

At the time, the company hoped to expand. Instead, Susan Carlock, co-owner and vice president of business development for Mursix, says the company had to focus on establishing new procedures for drug testing, hiring, treatment and dismissal.

"We have ... overseas companies that are coming to us for us to be a supplier to them, and their No. 1 question is workforce — and sober workforce," she says. 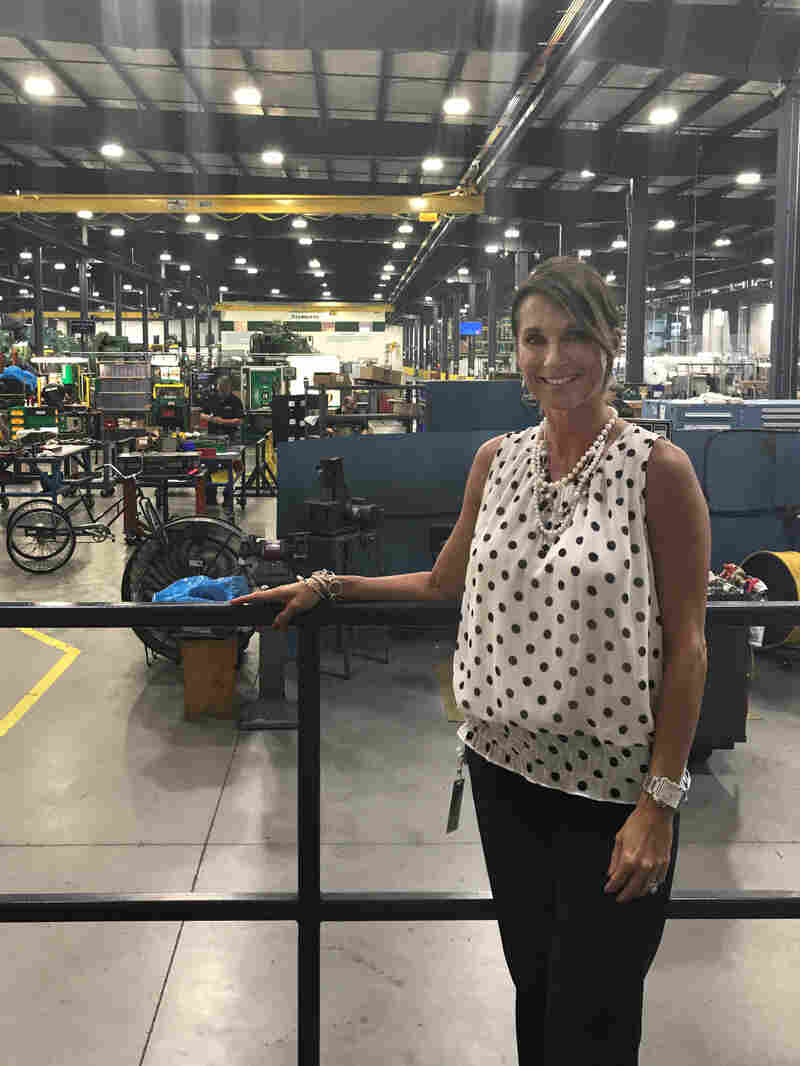 Susan Carlock is the co-owner and vice president of business development for Mursix Corp. She says opioids are hurting productivity at the metal parts maker. Yuki Noguchi/NPR hide caption

Carlock says opioids are both directly and indirectly hurting productivity. There were employees who used heroin and nodded off at work, and others who needed time off for opioid-related family emergencies.

The company's zero-tolerance drug policy, she says, is still a balancing act. Because so many job applicants have drug-related records, the company has had to consider looking past some crimes.

"We are a victim of the lack of workforce in this community, and we've had to — I don't want to say lower or bend our standards — but we've re-evaluated," Carlock says.

Alcohol abuse is more prevalent and its health effects ultimately more lethal, but opioids can kill you quicker. And because workplace injuries are often a gateway to painkiller abuse, opioids are closely tied to workforce problems. According to the National Safety Council and the independent research institution, NORC at the University of Chicago, opioid users miss twice as many days of work as people with addictions to other drugs.

And an untold number of opioid users don't work at all.

I meet Shon Byrum at a diner that no longer provides spoons so that people can't use them to cook heroin in the bathroom, where the restaurant also keeps a needle deposit box.

Byrum, 34, grew up in Winchester, Ind., just outside of Muncie, and is now the town's mayor. He says he worries about an economic vicious cycle, one where more people find it more lucrative to sell opioids than take a starting or midlevel job. That, in turn, makes recruitment for companies harder. One manufacturer, he says, found a workaround.

"They are investing in their plant and $5.5 million worth of mechanical arms to take the place of entry-level workers, because they cannot keep them," Byrum says. "They're failing drug tests, or they don't show up."

Byrum doesn't want to lose any more legitimate jobs. So he's working to open new drug treatment centers in town — not just for public health, but also to foster a reliable workforce so employers can stick around.

Fewer of them are. Muncie lost its last big manufacturer, BorgWarner, in 2007.

Michael Hicks, who directs the Center for Business and Economic Research at Ball State, says when employers leave, they take higher-skilled and educated talent with them. "And that necessarily leaves behind people with fewer choices, less exposure to starting their own business or going off to college," he says.

The people who remain are also more susceptible to economic trouble and, perhaps, addiction. Hicks estimates roughly 1.5 percent of Muncie's workers are neither working nor looking for work, because of opioids. That may seem like a small amount, he says. "But with an unemployment rate of 4 percent, that means 1 out of every 4 people who might otherwise be applying for a job are out of the labor force."

Moreover, Hicks says, the aftereffects will likely linger for at least a generation. "What we're really worried about should be a long-term effect of people who are bounced entirely out of a productive life because of this addiction in their late teens and early 20s, and then never have a chance to recover," he says.

For those in recovery, employers like Richard Gill want to offer second chances. He co-owns Gills Brothers Furniture, a 50-year-old family business. A couple of departures and an opioid-related dismissal left him severely short-staffed.

"I have been running a forklift for the last two days at our warehouse, so I literally took a shower before I came to this interview," he says.

If it were easier, Gill says he would love to expand and hire.

"By all means we want to hire younger workers," he says. "They have more energy, they have better backs, but it is difficult to find them."