Accessibility links
Addiction Is A Family Affair In 'Mayhem' Sigrid Rausing is heir to a packaging fortune and a global philanthropist, but her new memoir describes a painfully ordinary family tragedy: her sister-in-law's drug addiction, struggle and death.

Addiction Is A Family Affair In 'Mayhem'

Addiction Is A Family Affair In 'Mayhem' 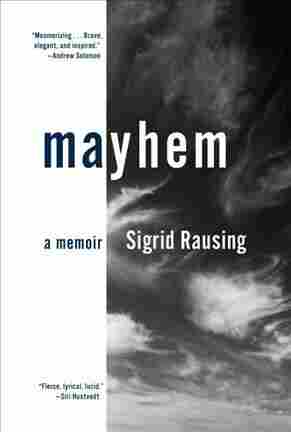 "Who can help the addict, consumed by a shaming hunger, a need beyond control?" Sigrid Rausing pleads at the outset of Mayhem: A Memoir. Rausing has written two earlier books and publishes and edits the acclaimed literary journal Granta — and as an heir to the Tetra Pak packaging fortune, she's also a global philanthropist focused on human rights.

But in some ways, this is an "ordinary story," Rausing writes. "Two people, Hans and Eva, my brother and his wife, met in recovery, fell in love, got married, had children, then relapsed. He survived, she did not." And so this is a tragedy. A mother of four dies from an overdose; the remaining half of this folie à deux is also lost to his children through addiction.

Rausing's core message is this: Addiction is a family affair. Her book embraces those surrounding the addict by courageously exposing her own self-doubt and heartache. She wants us to know her — her seemingly idyllic Swedish childhood, two caring parents raising three children; the "bliss" of seaside summers replete with lawn tennis and crabbing; weekend houses with ponies; the family's move to England, apparently for financial reasons.

Heir To Billions Charged With Preventing Wife's Burial, Not Murder

Rausing works toward a Ph.D. in social anthropology but is interrupted by a bout of serious depression, likely triggered by anxiety and frustration and helplessness over her brother's decline. She completes her fieldwork in a land of opposites — "Estonia was marked by history and by loss of history." She marries and divorces, then marries again to Eric Abraham, a film and theater producer. They have a child. Through protracted and angry court proceedings, the couple successfully petitions for Hans and Eva's four children after child welfare threatens to take them away. All the while, Rausing works with a psychoanalyst and conducts extensive research to try to understand her brother's family-strangling addiction. She feels judgmental of Hans and Eva, and judges herself harshly for feeling so.

It's not just Estonia; as if to signal the relativity of family truth, Rausing observes life in opposites. Her description of Eva, "simultaneously young and old, conventional and wild, groomed and unkempt." Her relationship with Hans — "I read Jane Austen, he read Charles Bukowski. I turned left, he turned right." The family ethos: "Some families are overprotective. Others, like ours, take a secret pride in the wild." The nature of addiction, rehab and relapse. And most tellingly, Rausing's anguish over who's accountable: "We were all guilty, and we were none of us guilty."

Rausing's core message is this: Addiction is a family affair. Her book embraces those surrounding the addict by courageously exposing her own self-doubt and heartache.

Rausing takes an intense interest in narrative. When she tells her father she's recording the family history, he says approvingly, "Then it won't be just fragments, like a dream." And yet. Rausing's narrative is delivered in disjointed, non-sequential fragments. Single sentence paragraphs complete sections for emphasis; hers is a jagged presentation that seems intended to mirror addiction's mayhem. Given her devotion to words and language, the memoir is interlaced with references to beloved literary characters and authors (Emma Bovary, David Grossman, Anne Carson, Tove Jansson, Joan Didion, among others), and the etymology of key words ('mayhem' and 'guilt,' for example).

Rausing places her experience within a broader context. She considers Amy Winehouse, she cites Patty Hearst. She highlights America's opioid blight to remind us that addiction is not solely a family affair, it's a societal pathology.

Because of their prominence, the Rausing family's experience provides endless fodder for tabloids and litigation. The particulars are horrific: Eva dies, crack pipe in hand. Hans covers her body and hides it in their luxury London home for two months. The sordid details — including his arrest — along with rumors and accusations, some bred in drug-addled stupors, are reported worldwide. And thus another set of opposites is spawned as publicity's blinding glare turns private pain inside out.

"Hans and Eva loved their children," Rausing reflects. "But isn't that also a cliché of parenting? What's the point of love if drugs come first?"

Those questions may be unanswerable, but for Rausing, whose commitment to the literary runs both wide and deep, "Writing is a form of making sense."