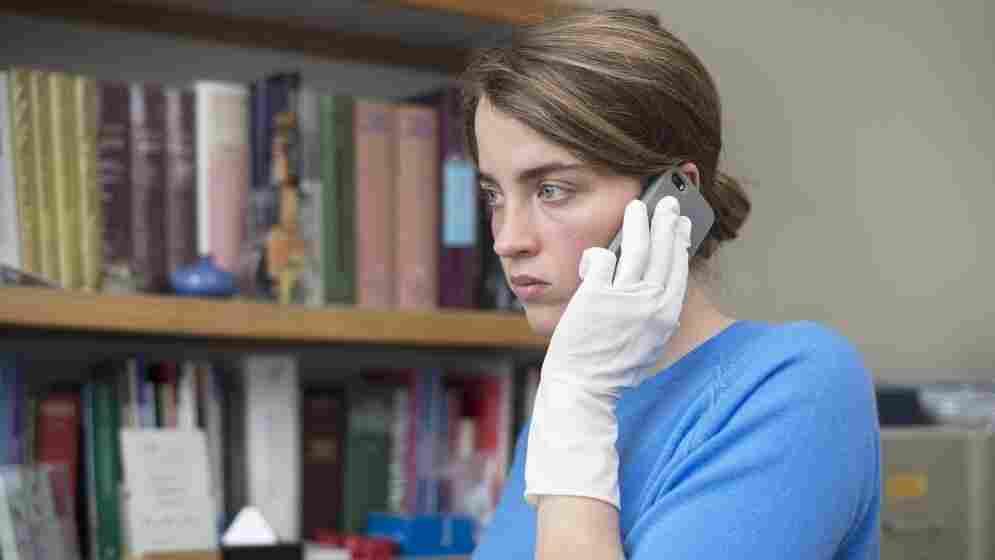 Adèle Haenel as Jenny, a doctor who discovers that an unidentified woman has been found near her practice. Sundance Selects hide caption 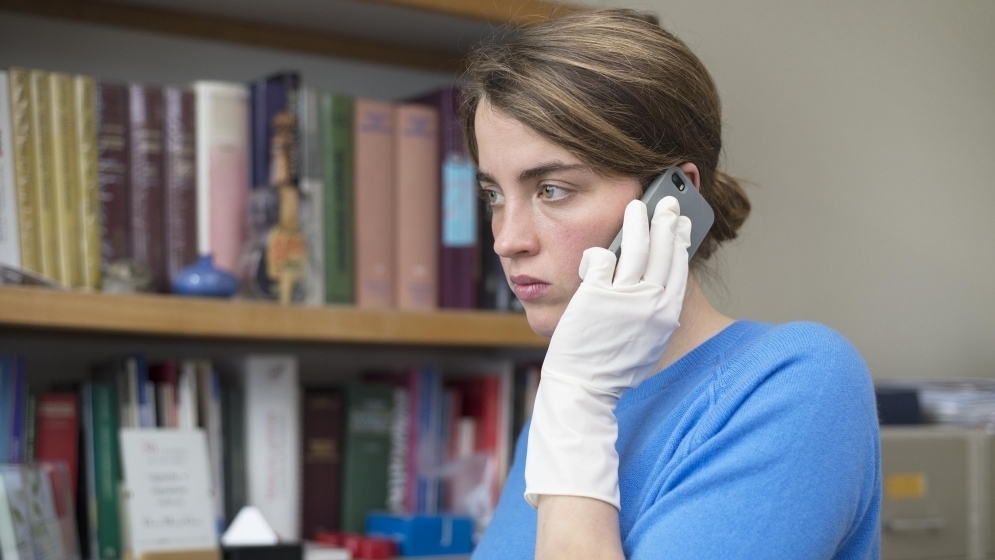 Adèle Haenel as Jenny, a doctor who discovers that an unidentified woman has been found near her practice.

It feels weird to recommend a Dardenne film on its entertainment value alone. Imagine if a new Philip Glass track turned out to be bubblegum pop: not a bad thing, just not what you came for.

To be sure, over more than two decades of small-scale dramas, the Belgium brothers Jean-Pierre and Luc Dardenne have proven they can compose gripping narratives out of spare parts. In fact, their gift for storytelling economy, the ways they convey depths of feeling in their characters with only a few stray glances and stripped-down bits of dialogue, is one of the qualities that has won them such widespread global acclaim (including two Palme d'Or wins and one Grand Prix at the Cannes Film Festival). But the story is usually a bonus, because what the Dardennes are really after—whether they're delving into a work rehab center for troubled youth in The Son or resting one factory worker's job on a vote by her colleagues in Two Days, One Night — is the ethnography of Western Europe's working class. You watch their movies first and foremost to better understand your fellow humans, and only second as a fun night out.

Yet this is the strange case of the brothers' tenth narrative feature as writer-directors, La Fille Inconnue (The Unknown Girl). It's a whodunit mystery thriller, and it's often, well... kinda fun. The story is gripping, with a steady drip-drip of twists and turns as a town's familiar buried secrets find their way to daylight. Because this is a Dardenne film, though, you can often sense an effort is being made to craft something larger than a mere mystery, and the movie never reaches whatever that something is. Still, don't hold that against it. Without the weight of social commentary that would distinguish it as a truly great film, La Fille Inconnue is easier to enjoy for those not already weaned on the siblings' low-key, naturalistic style of filmmaking. It's a good Dardenne discovery pack.

Adèle Haenel, a growing presence on the French import circuit (Love at First Fight, Nocturama), makes for a steely, no-nonsense lead as Jenny, a young doctor at a health clinic in Liège (the filmmakers' longtime home). She sees a mix of middle-class and low-income patients, and as such serves as a sort of human crossroads of Liège; since death comes for us all, everyone must see a Jenny at some point, no matter their status. When the film opens, the 28-year-old actress gives off the aura of a determined medical professional who's seen everything and more, walking her timid intern Julien (Olivier Bonnaud) through a typically hectic day at the office. Julien freezes when a patient has a seizure; Jenny criticizes him, saying, "A good doctor has to control his emotions." But soon it will be Jenny's own failure to assess a situation that will haunt her every waking moment, as she turns away someone who comes banging at the clinic's door after-hours, only to learn — after a visit the next morning from a police inspector who checks her security cameras — that the same woman later turned up dead, with no one coming forward to identify her body.

It's hard for a doctor, especially one who's just earned a big promotion, to shake the sense that she could have prevented a death. So Jenny takes it upon herself to extend the definition of the Hippocratic Oath to include overseeing a peaceful, conclusive burial. That means she ignores the advice of the inspectors to stay out of it and starts doing her own detective work, interrogating her other patients (violating a good deal of confidentiality codes in the process) and visiting local shady hangout spots in an attempt to retrace this girl's final moments and learn her identity. As in the standout 1996 Dardenne film La Promesse, the movie dives into Europe's underground migrant economy, a netherworld where people improperly looked after can disappear without cause or care. Meanwhile, Julien gives up on medicine entirely, as Jenny is desperate to keep him in the field; we slowly realize that these two may be the only ones in town with intact moral compasses.

The film is shot in the Dardennes' typical unadorned fashion, with no background music, long takes of two-person conversations, and a camera that only knows how to follow the protagonist like a trained dog. But a lack of obvious flair shouldn't be mistaken for an absence of technique. The everyday scenes Jenny wanders into — patients' homes, Internet cafes, construction sites — seem innocuous at first, until someone shifts from friendly to menacing in a heartbeat, and then it's as though the air itself grows tense. When they have an important moment, the brothers won't try to draw your attention; they'll assume they've already earned enough of it.

Recut after its middling debut at the 2016 Cannes Film Festival, La Fille Inconnue still tells a lean, enjoyable mystery, albeit one back-loaded with coincidences and convenient changes of heart. But it's a bit too plotted — too movie-like — to rank among the Dardennes' best work. It has an uncomplicated moral lesson and a heroine with a sense of decency so pure there's not much else to her. The tale would be lovely to see in the hands of most filmmakers, but it's too clean for a writer-director duo that have built a career for themselves on messy social realism. It's more enlightening to think about why Jenny's quest does seem so radical and out of place. She's honor-bound not so much by her medical background as by her compulsive need to be a good and decent human. Is that quality really so unknown today?