Accessibility links
In Tori Amos' New Album, A Return To Nature and Family On her new album, the celebrated musician and indomitable seeker moves fluidly between the personal and political, taking stock of the present moment and exploring her familial roots. 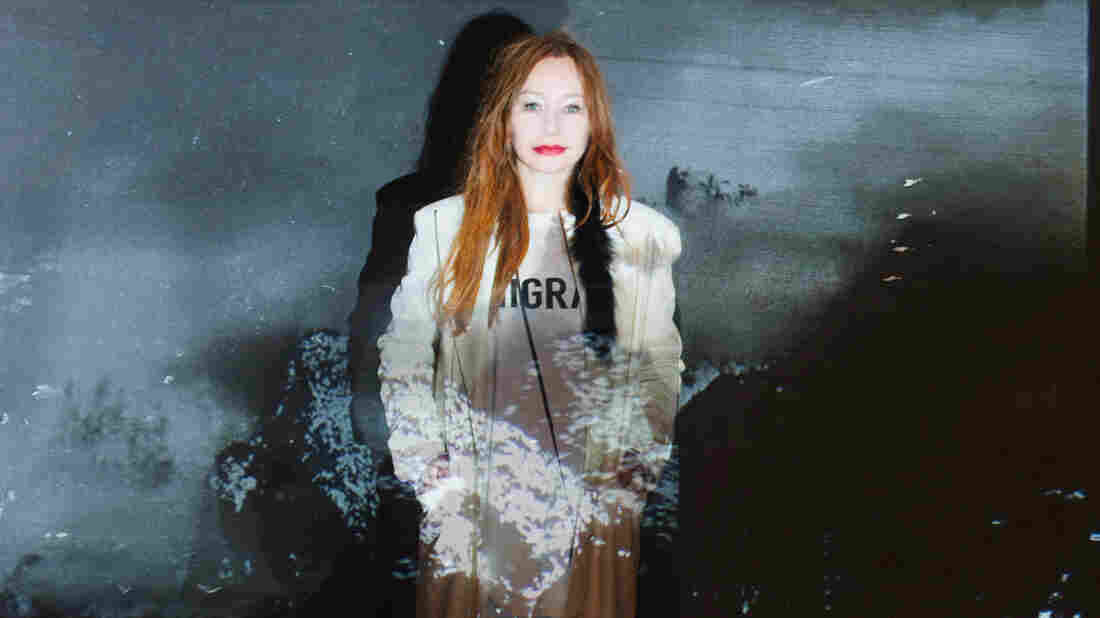 Tori Amos' next full-length album is Native Invader, due out Friday on Decca Records. Paulina Otylie Surys/Courtesy of the artist hide caption

Tori Amos is the kind of artist you might describe as a seeker. Since she started recording in the 1990s, Amos has used her songs to ask big questions about the world she observes. Time has made her powers of observation more acute, and on her new album, Native Invader, Amos takes stock of the present moment.

Native Invader is also a personal project that gave Amos a chance to explore her own roots. "[I was] searching for my grandfather, his stories, his essence," she says. "He died when I was 9 1/2, and there was something whereby I wanted to be in the spaces where he grew up."

So Amos hit the road, traveling the mountains of North Carolina, doing something her Cherokee grandfather taught her to do: "tracking the song lines of the land."

Papa, as she calls him, was a strong believer in nature's power to inspire. He believed "that we needed to spend time sitting by streams, listening to rocks," she says, "and if you get really quiet, Granddaughter, they might start talking back to you, but you have to listen really, really hard."

Her grandfather's influence is nowhere more evident on the album than the song "Up The Creek." In it, she sings: "Good lord willing and the creek don't rise / We may just survive / If the militia of the mind / Arm against those climate blind."

Amos has been making music since she was 2 1/2, according to her mother. "They would put phone books on the piano stools so I could reach the keys," Amos says. "It was really a blessing whereby if somebody could play me something, I would play it back."

Amos' father, a Methodist minister, encouraged her musical pursuits in his way. "My dad, being the guy that he is, believed in training," she says. "People in the church said, 'Look — it's one thing to be able to play it by ear, but it's another thing to develop as a musician.' "

So at the tender age of 5, Amos auditioned for and was admitted to the Peabody Conservatory in Baltimore, becoming the youngest person to ever have been admitted.

It was a remarkable achievement but also somewhat torturous. "I couldn't read music, but I could play," she says. "So although you're playing scores of musicals by ear, we had to start with 'Three Blind Mice.' "

Amos stuck it out for several years. And while she got the training her parents had wanted for her, she didn't get to play the kind of popular music she craved. So at age 11, she left.

Her father was understandably devastated, but he remained supportive. Amos recalls, "Two years later, he said to me, 'You're just whiling away. So get dressed.' And we went down to Georgetown, Washington, D.C., with his clerical collar on, and he would ask managers of these bars, 'Will you let my daughter play?'

"And they all looked at him like he was mad, until we went to the 12th or 13th one. And some guy, he had studs around his neck — and I don't know if my father noticed that or not, by this time, and he said, 'Can my daughter play here, please?' And he kind of looked at us a little strangely and said, 'Why not?' "

Amos' father only realized a little while later that he had gotten his teenage daughter a gig at a gay bar. "When the parishioners found out about it, they were castigating him," she says. " 'How in the world could you take your 13-year-old daughter to a gay bar?' And he said: 'You tell me a safer place for a 13-year-old girl than a gay bar!' "

Native Invader moves fluidly between existential questions about politics and deeply personal concerns. Amos' mother, Mary, also has a presence on the album; the song "Mary's Eyes" is a tribute to her.

"She is the center of our world; her love has been something that the family leans on," Amos says. "Everyone goes to Mary to hear what she has to say."

Amos' mother suffered a severe stroke in January that left her partly paralyzed and unable to speak; Amos says that she does, however, want to sing. "Anything that she knows by heart, when she hears it, something seems to click," Amos says. "And she will try and vocalize."

"Mary's eyes are so blue and they will look at you with so much love, even though what she's going through [is] distressing to her and she's in pain sometimes," Amos explains. "But she wants to be on Mother Earth so much that it's humbling to see Mary's resilience."