Review: The Lone Bellow, 'Walk Into A Storm'

Review: The Lone Bellow, 'Walk Into A Storm' 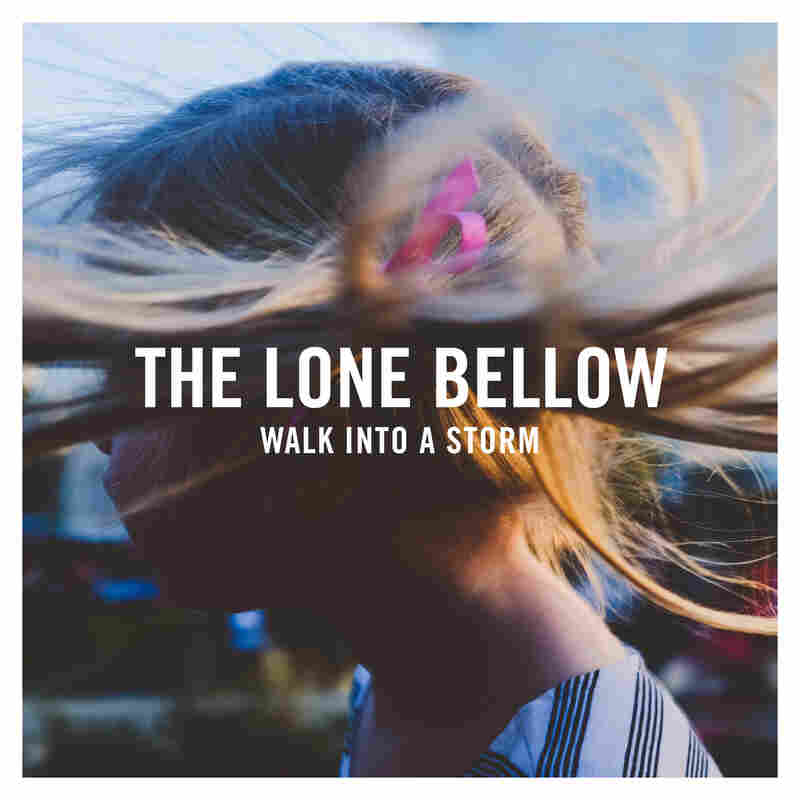 The Lone Bellow, Walk Into A Storm. Courtesy of the artist hide caption

Purchase Walk Into A Storm

If there's a secret to the warm, wide-open sound of The Lone Bellow, it lies in absolute sincerity and commitment: As playful as their live shows can be, Zach Williams, Kanene Donehey Pipkin and Brian Elmquist perform with openhearted, vein-bursting conviction. All three of the band's albums — including the new Walk Into A Storm — ably capture the group's earnest, agreeable charm, dispensed via songs that amble and soar.

Between 2015's Then Came The Morning and Walk Into A Storm, The Lone Bellow relocated from Brooklyn to Nashville — a move reflected by the presence of producer Dave Cobb, who's overseen star-making albums for the likes of Jason Isbell, Chris Stapleton and Sturgill Simpson. Cobb gives Walk Into A Storm a bright, crisp, sunny sound that perfectly matches The Lone Bellow's penchant for warmly rousing, gospel-inflected Americana.

The record comes stacked with charisma-drenched ringers, from the crowd-pleasing single "Time's Always Leaving" to the roiling opener "Deeper In The Water" — which, in turn, gives way to "Is It Ever Gonna Be Easy," a slow-burner that channels both Van Morrison and his spiritual descendant, Glen Hansard. Elsewhere, Williams and Pipkin duet in the string-swept ballad "Come Break My Heart Again," Pipkin takes the lead in the countrified barnstormer "Feather," and Williams conjures up the chiming charm of late-'80s college radio in "Can't Be Happy For Long." All the way through, each song is calibrated for maximum ingratiation — a goal it hits with clockwork precision.