Accessibility links
'Young People Who Do Extraordinary Things' Are The Norm In Marie Lu's YA World The best-selling young adult author specializes in dystopian fiction. Her latest, Warcross, is set in the not-too-distant future, and draws on Lu's time working in the video game industry. 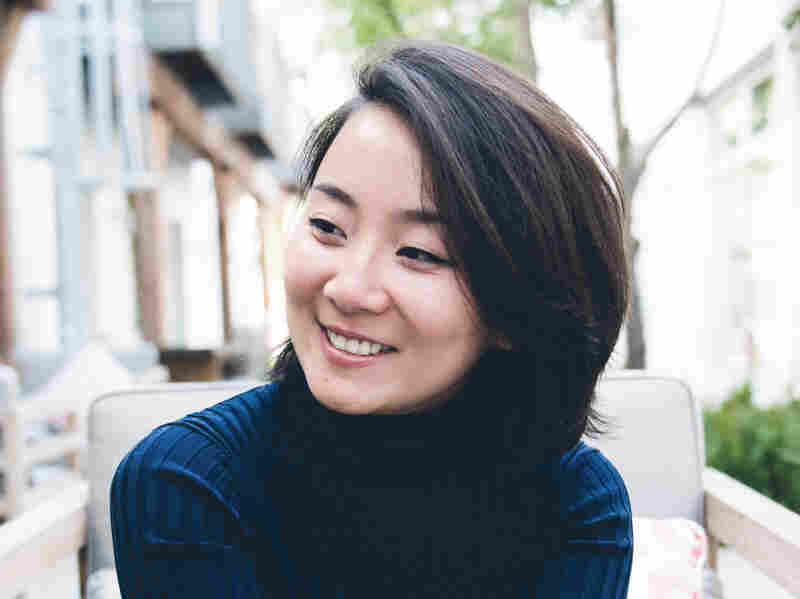 Marie Lu says it's fitting — given her tendency to write dark, dystopian novels — that she was born in the year 1984. Primo Gallanosa/Penguin Random House hide caption 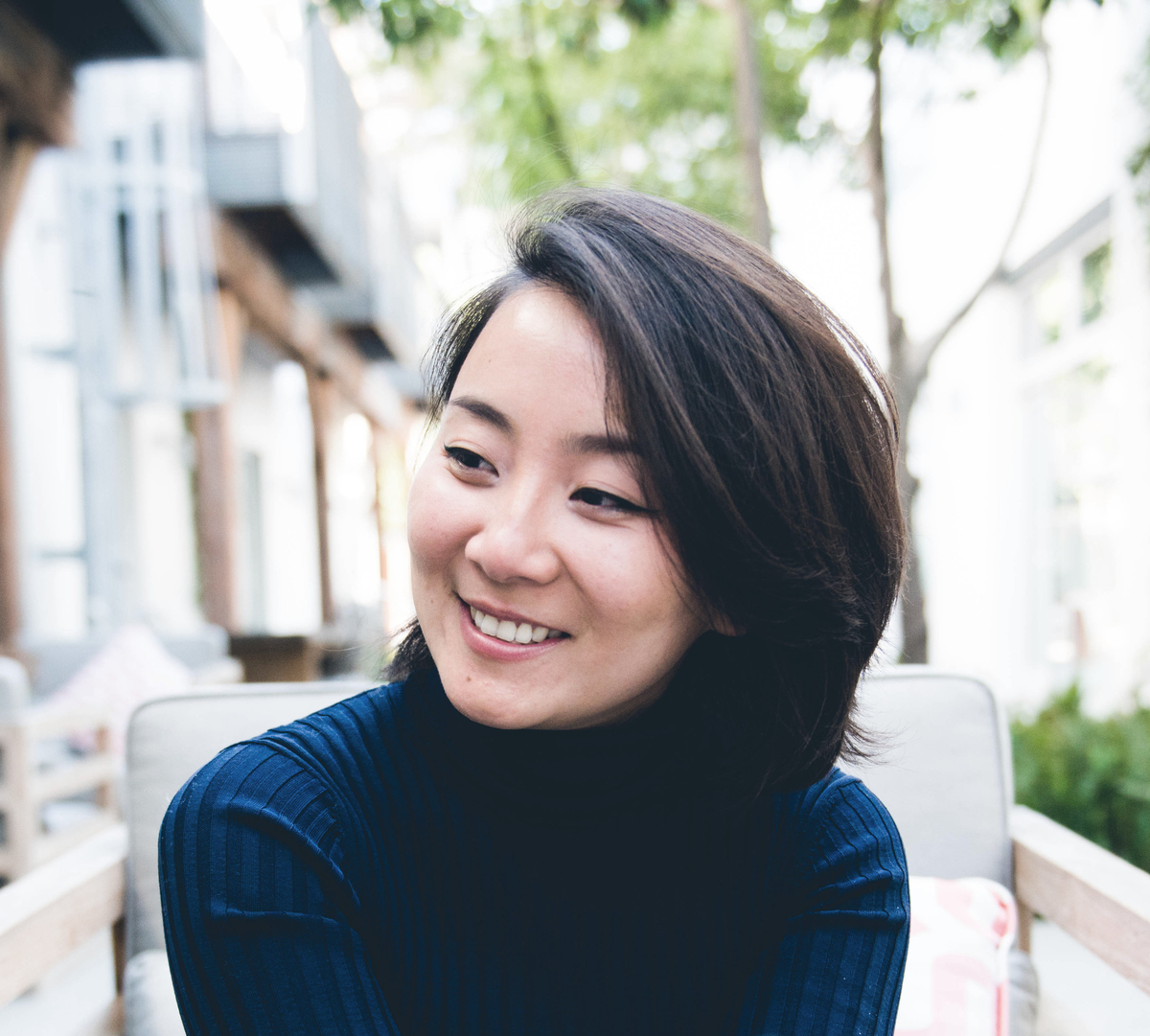 Marie Lu says it's fitting — given her tendency to write dark, dystopian novels — that she was born in the year 1984.

In her modernist loft in LA's arts district, author Marie Lu has a modular workspace and lounge area whimsically dubbed The Writer's Block. "We wanted it to be playful," she says.

But writer's block doesn't seem to be much of a problem for the 33-year-old science fiction and fantasy novelist. Her dystopian trilogy "Legend" and her fantasy trilogy "The Young Elites" both became best-sellers.

The apartment she shares with her video game-artist husband is dotted with vintage NASA posters, neat stacks of comic books, and a carefully curated collection of stuffed animals. (You can see photos here.) A section of the walls and floor is painted with the geometric patterns featured in one of Lu's favorite video games, Monument Valley.

"It's a game where you walk around structures figuring out puzzles based on Escher-like geometry," Lu explains. "So they're buildings that don't make sense. ... It's just really, really cool and beautiful."

Lu created her own real and virtual world for her latest novel, Warcross, a science fiction thriller. Set in the not-too-distant future, everyone wears virtual reality eyeglasses which connect their brains to a master computer in order to play a game called Warcross.

The competition is all the rage — a bit like Hunger Games meets World of Warcraft. Players use avatars to compete in hyper-realistic settings, trying to capture artifacts from their rivals. The best players battle in person for the world championship inside a Tokyo stadium filled with screaming fans. 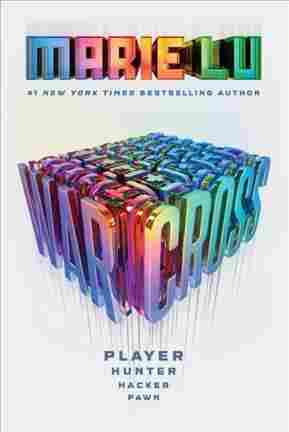 Lu says her plot was inspired by real-life video games, such as League of Legends. "Fifty thousand people will pack into the Staples Center to watch the world championships, and that very much influenced the creation of Warcross," she says.

The hero of the book is Emika Chen, a plucky, 18-year-old bounty hunter. She's got everything you'd expect — rainbow-dyed hair, a sleeve of tattoos, an electric skateboard — and she's also a self-taught computer hacker.

"She hacks her way into the Warcross mainframe and kind of understands the underlying code that holds everything together," says Lu.

Emika glitches herself into the game, and captures the attention of Hideo Tanaka, the young billionaire genius who created Warcross when he was 13. He makes Emika an official player with a secret mission.

Unlike her protagonist, Marie Lu doesn't know how to code. But she does have a tattoo of a mythological phoenix on her back, and like Emika, she's Chinese-American. Lu was born in Beijing. Her family lived a bike ride away from Tienanmen Square, where her aunt used to take her to get popsicles and watch students protest. But when students were massacred there in 1989, the family fled to the U.S.

Lu grew up with her computer scientist mother and engineer father in Baton Rouge, New Orleans and Houston. She remembers spending hours after school, holed up in the broom closet of a Chinese restaurant where her mom once worked. There, she learned English by writing little stories. 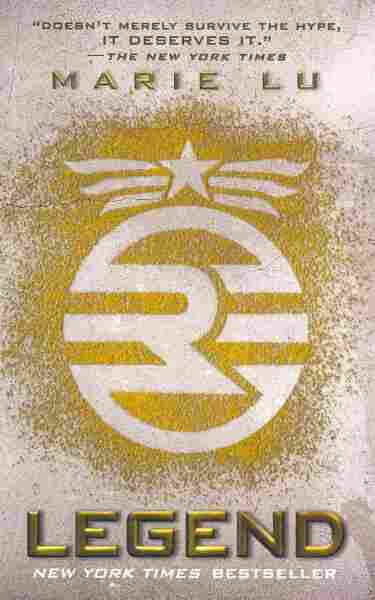 "I had a lot of really emo stories as a kid," she recalls. "I wrote a lot of fan fiction." She also wrote a lot of fake "wanted" ads, based on the real ones she saw around the city. "I would see them stapled on corkboards all over the place," she says. "So I would make up criminals and write wanted reports about them. I think I was always meant to write dark stories. I don't know why I did that as a kid; it's not like I was traumatized or anything."

When she wasn't writing or reading sci-fi and fantasy books, Lu was drawing and playing video games like Sonic the Hedgehog.

"My very first system was the Sega Genesis back when I was 7 or 8 years old," Lu says. "I played that into the ground. Like, my parents had to confiscate it and put it in attic, the whole thing."

Lu got a chance to work in the video game industry when she was in college. While studying political science and biology at USC, she landed an internship as an artist at Disney Interactive Studios. There, she worked with a team to dream up new games.

"I came up with a couple of ideas based on Peter Pan and this one game about a cactus man who lived in a balloon world, which is very unfortunate," she remembers.

Lu continued to work at Disney, where she met her husband, Primo Gallanosa. (They worked together on a game called Fuzz Academy -- about cute, fuzzy animals — which they had to shut down after someone hacked into it.) 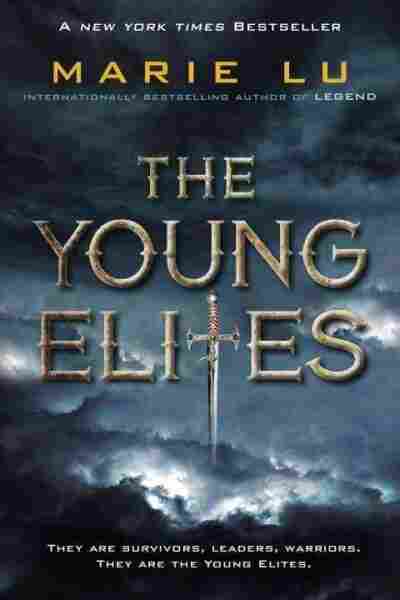 Lu was chosen by DC comics to write a YA story about 18-year-old Bruce Wayne, who becomes Batman. Lu created a new villain for him to battle — 18-year-old Madeleine Wallace, the youngest inmate at Arkham Asylum. "She is incredibly smart and outwits Bruce on a daily basis," Lu says. "He's kind of fascinated by her, and she messes with his mind."

"Marie has a really good handle on what most people would describe as morally gray characters," Bardugo says. "She writes these incredibly dark, intense, full-throttle stories and then you meet her and she's just the kindest, most generous, most fun person." 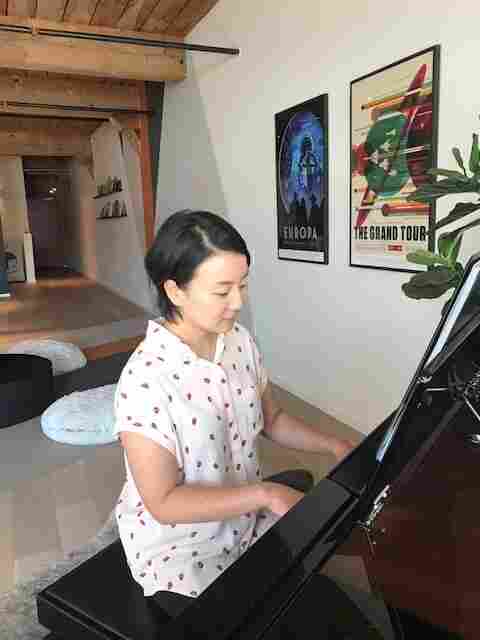 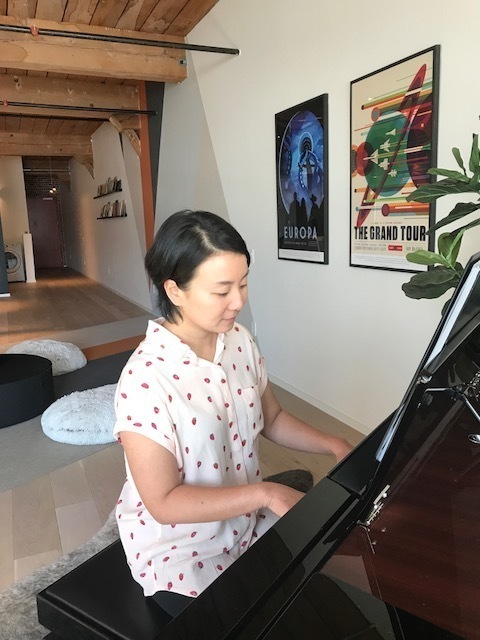 Lu plays the piano in her loft in downtown LA. She's currently working on a book about Mozart's sister, Maria Anna.

At her loft, Lu often pauses to play her electric grand piano. These days, she's thinking a lot about music. In addition to Batman, she's also writing a book about Mozart's older sister, Maria Anna.

"She composed music — she toured with Wolfgang when they were kids together," Lu says. "They played for all the kings and queens of Europe, and he looked up to her his whole life, [but there's] nothing in history about her."

Many of Lu's stories may soon end up on the big screen. If they do, she'll insist on casting her characters — such as Warcross' Chinese-American hero, Emika Chen — true to their origin. "It's a deal breaker," Lu says. "That would have to be written into the contract. I am fine with it not ever being made if a studio refuses to do that."

Whether she's writing about a musical prodigy, a budding superhero, a pubescent computer whiz or adolescent villain, all of Lu's characters have something in common: "I'm fascinated by young people who do extraordinary things," she says.

Speaking of which — Lu, 33, has now written seven best-sellers, and has three more novels in the works.

Read an excerpt of Warcross