Accessibility links
With An Eye On the House, Democrats Turn To Veterans For 2018 Races The new effort is designed to puncture Republicans' hold on the so-called guns-and-guts vote, while also appealing to voters' apparent desire for political outsiders. 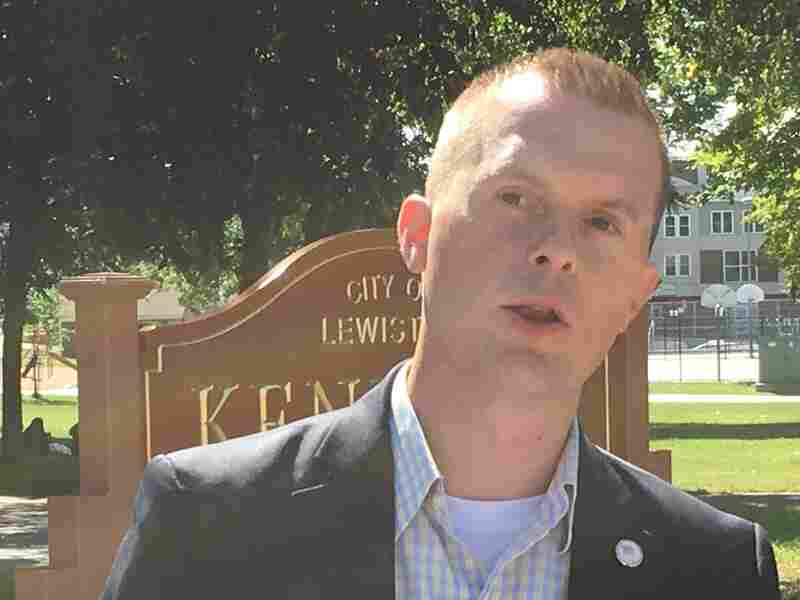 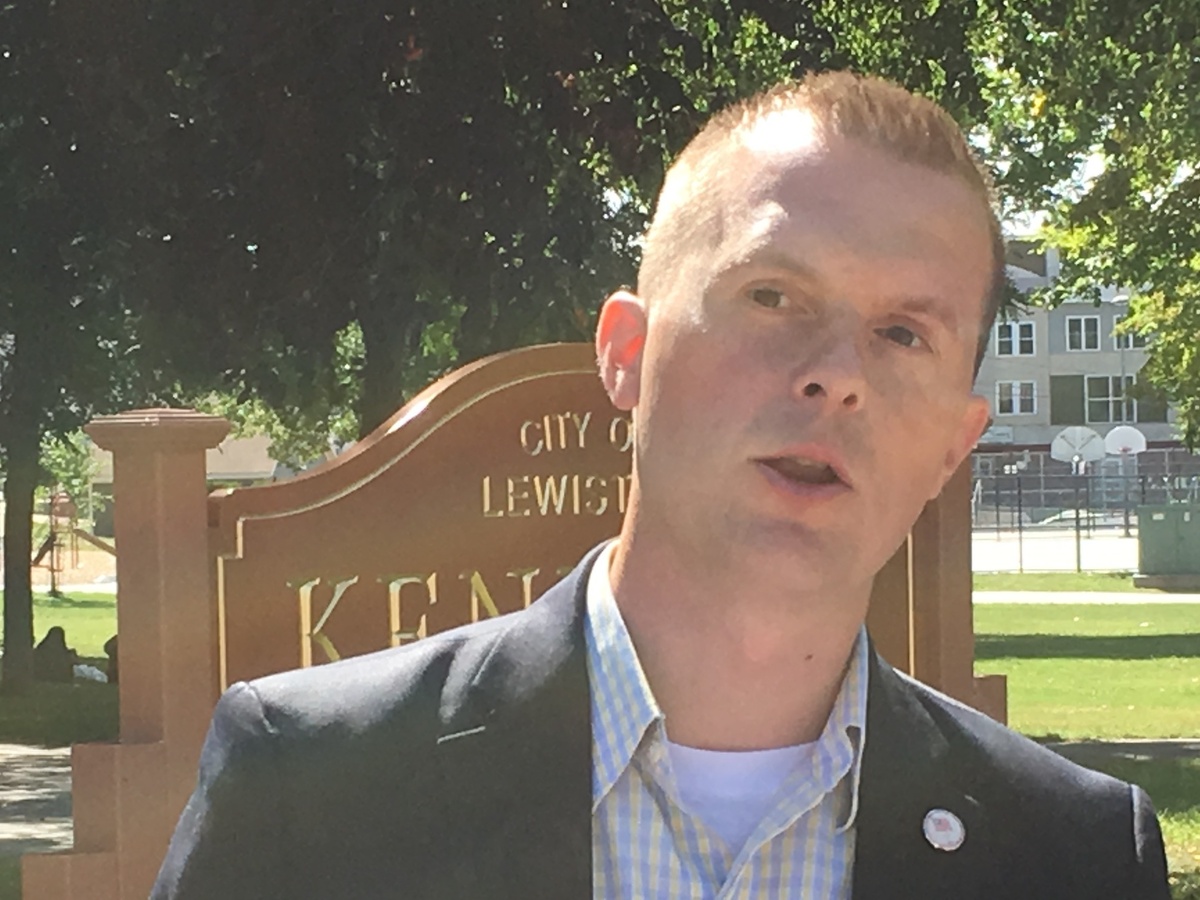 One ad for a 2018 congressional candidate shows him wearing a T-shirt with an unofficial Marine Corps motto, "Pain is weakness leaving the body." Another ad shows a candidate boasting, "I was the first woman Marine to fly in an F-18 in combat. And I got to land on aircraft carriers."

But neither candidate is a Republican, the traditional party in favor of a muscular military. Instead, they're part of a cohort of at least 20 military veterans running under the banner of an increasingly liberal Democratic party in the 2018 midterm elections.

The recruitment effort, designed to bolster Democrats' hopes of taking the two dozen seats they need to retake the House of Representatives, revises an old strategy the party used in 2006 when roughly 50 veterans ran with mixed results. The new effort is designed to puncture Republicans' hold on the so-called guns-and-guts vote, while also appealing to voters' apparent desire for political outsiders.

"The old model is out, the new model is in," said David Wasserman, of The Cook Political Report. "The old model was to recruit people who were proven vote-getters in their districts — safe legislators, mayors. That's out in this current political environment when voters are really skeptical of politicians. We learned that in the 2016 election."

And so far, the recruitment efforts have added intrigue to races in traditional swing districts.

Golden, 34, is the assistant majority leader in Maine House of Representatives. He also served combat tours in Iraq and Afghanistan with the U.S. Marines.

Golden highlighted his military service when he announced his candidacy in August. The announcement was also accompanied by a slickly-produced digital ad that stressed Golden's combat experience while also highlighting Poliquin's vote on a controversial bill to repeal and replace Obamacare, also known as the Affordable Care Act, and a press strategy he admitted in a secret recording was designed to protect his seat.

Joseph Kopser, of Texas, Randy Bryce, of Wisconsin, Mikie Sherrill of New Jersey and Chrissy Houlahan, of Pennsylvania, are some of the others military veterans embarking on congressional runs.

The House effort has been jointly run by the Democratic Congressional Campaign Committee and VoteVets, a progressive organization now headed by Massachusetts U.S. Rep. Seth Moulton.

Jeremy Teigen, a political science professor at Ramapo College in New Jersey, said "military veterans have been looked to as an electoral asset since the very beginning of the republic."

Jeremy, author of an upcoming book, "Why Veterans Run," says military veterans have been sought as candidates since the election George Washington. 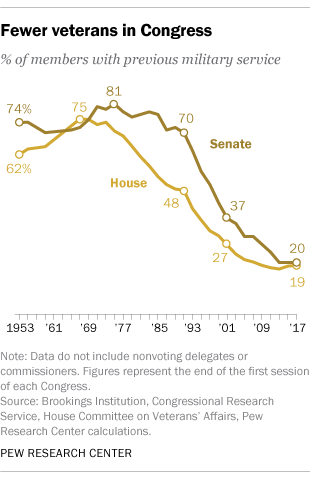 In the 1970s, nearly three-quarters of the members of Congress had served in either World War II or the Korean War. According to the Pew Research Center, veteran membership has dropped dramatically since then. In the current Congress, only 20 percent of senators and 19 percent of representatives have served in the military at one point in their careers.

That percentage is still reflects a larger representation than the American public. According to Pew, only 8 percent of U.S. adults had military experience in 2014.

Teigen says veterans are considered good candidates because "military service provides a very easy-to-consume cue for voters to perceive someone who has leadership, selflessness, patriotism."

Democrats hope that cue will help them carve into what Teigen describes as Republicans' hold on the gun-and-guts vote — voters who value national security and a strong military.

Democrats have tried this before, including the 2006 recruitment effort by former House Speaker Nancy Pelosi that produced the so-called "Fighting Dems."

While military veterans performed well in Democratic primaries, only a handful won in the general election.

Kander, a former Army captain, responded by releasing a video in which he reassembles an assault rifle — while blindfolded.

According to polls taken at the time, Kander received a bump from the ad. But he still lost to Blunt by nearly three percentage points in the election.

Teigen says recruiting veterans as candidates won't be a panacea to other challenges facing Democrats, such as deeply conservative districts or a party platform that fails to resonate with voters. He says veterans can provide a small advantage, but that edge only matters in tight races.

Wasserman, who recently changed his rating of the Maine 2nd District race from Republican to leans Republican, agreed.

"If you're a Democrat running in a really, really Republican district this time, even if you have been a military hero and have no legislative record, you're still going to get tagged as a liberal who wants Nancy Pelosi to be House Speaker," Wasserman said.

That's what happened when Golden entered the race last month. Not only did Republicans attack him as a Trojan Horse liberal, the National Rifle Association chimed in with an attack on Golden's legislative votes on gun bills.