Accessibility links
Why Hurricane Irma's Winds Are An Extreme Worry For Florida "The wind is going to try to pull the roof ... vertically up and away from the ground," says one civil engineering professor. Experts are also concerned about how Florida's dams and levees will fare. 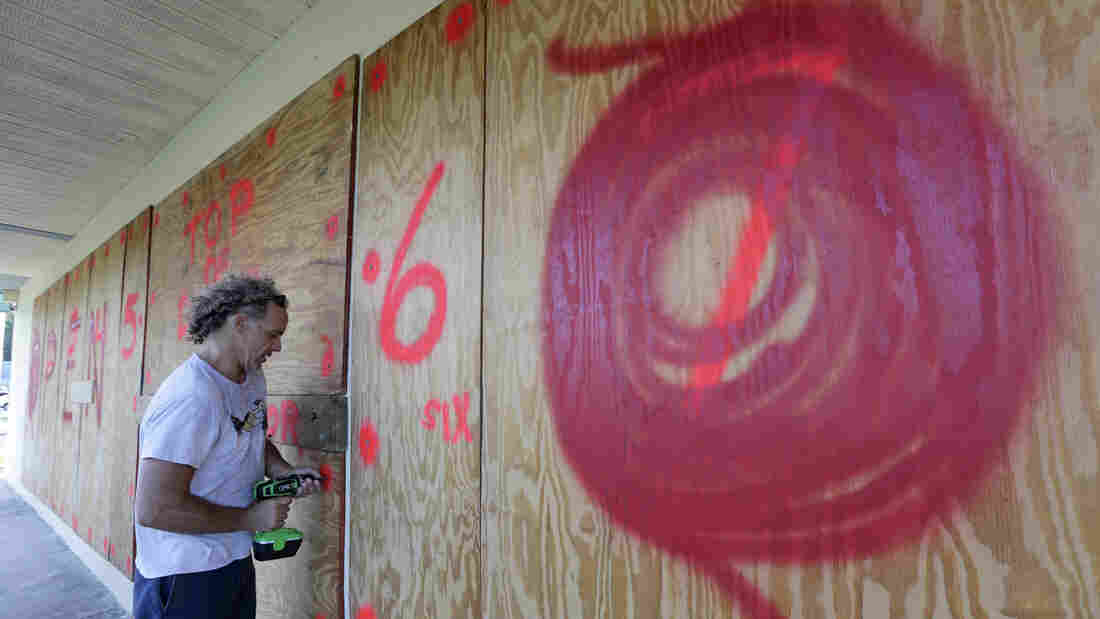 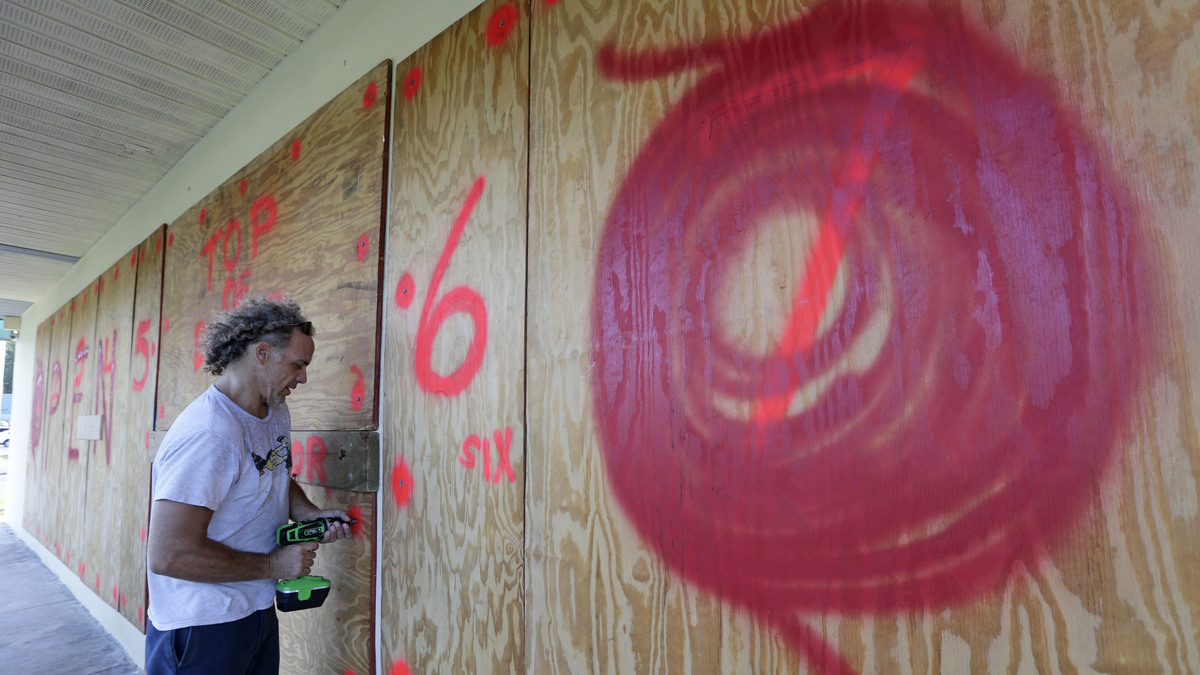 Hurricane Irma, which battered the Caribbean with winds up to 185 mph, has its sights on Florida with winds now around 150 mph. according to the National Hurricane Center.

Those are really strong winds. Imagine speeding down the highway at 70 miles an hour with your car window open. You stick your hand out and hold it in the wind.

"Do you have a sense of how the wind is going to push your hand back?" asks David Prevatt, a professor of civil engineering at the University of Florida.

Now imagine getting out of his old Mazda and getting into a Maserati going 185 mph.

"The force that I will feel on my hand in comparison to that 70 miles per hour is going to be almost seven times as strong."

Irma Smashes Turks And Caicos; Category 4 Storm On Its Way To Florida

This is Prevatt's way of saying Hurricane Irma's top winds are exponentially stronger than anything most people have ever experienced.

And, he says, you also have to consider the uplift or suction force of winds.

"The wind is going to try to pull the roof and roof components vertically up and away from the ground," he says.

The wind is going to try to pull the roof and roof components vertically up and away from the ground.

How well structures hold up depends not just on the strength of building materials, but more importantly, the strength of the connections holding roofs, walls and foundations together.

What about high-rises? They may have a better chance of staying upright — until something flies into them, explains Northwestern University civil engineering professor Joseph Schofer.

"Tall structures are not particularly vulnerable except for damage from flying objects," he says, "and fairly large objects will be boosted into the air with wind speeds like this."

Wind isn't the only concern, Schofer says. So is flooding from rain and the storm surge, which he calls "a particularly threatening problem along the coast."

Schofer says a high storm surge could be stronger than wind and knock down buildings, bridges and other seaside structures.

And because sea levels are higher, any storm surge that comes ashore with Irma will be that much more damaging, adds Carol Considine, professor of engineering technology at Old Dominion University.

We need to ... start changing the way we design to anticipate some of those future events.

"We are definitely going to have roadways that may be undermined and damaged because from this type of storm," she says. "You're also going to have coastal flooding, which could inundate the stormwater systems in communities."

Dams and levees are vulnerable to a storm of Irma's strength, too, as is the electric power grid.

Many of these systems are more resilient today than they were in the past — building codes have improved since Hurricane Andrew 25 years ago. But, Considine says, we shouldn't just improve standards based on past storms.

"We need to start to think about what do we expect in the future and start changing the way we design to anticipate some of those future events," she says.

Afterall, she says, storms are getting worse, and Hurricane Irma is a prime example.