Accessibility links
'Gorbachev' Is A Gripping, Sympathetic And Detailed Portrait In Gorbachev: His Life and Times, biographer William Taubman makes a convincing case that the former Soviet leader's decency — the word appears throughout the book — is key to understanding him.

'Gorbachev' Is A Gripping, Sympathetic And Detailed Portrait

'Gorbachev' Is A Gripping, Sympathetic And Detailed Portrait 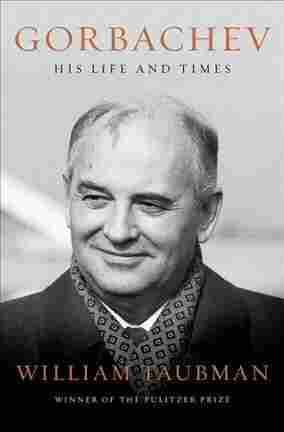 His Life and Times

Mark Katkov is an editor at NPR. He was the CBS News Moscow Bureau producer during the Gorbachev and Yeltsin years.

William Taubman's extraordinary new biography, Gorbachev: His Life and Times, is fly-on-the-wall history. Taubman — a political scientist at Amherst College — immersed himself in Russian and Soviet archives, memoirs and diaries. The result is an almost day-by-day, even hour-by-hour account of the one of the last century's great dramas: The Soviet Union's fitful move to democracy and ultimate collapse, told in the first person by its principal figures.

This is Taubman's second biography of an outsized Soviet leader, the first being his 2003 Pulitzer Prize-winning Khrushchev: The Man and His Era. But this time Taubman's research included hours of interviews with his subject, 86 and living in Moscow. His admiration and even affection for Mikhail Gorbachev, last leader of the Soviet Union, are clear.

That might call into question the impartiality of a lesser biographer. But Taubman makes a convincing case that Gorbachev's profound "decency" — the word appears throughout the book — is fundamental to understanding him.

Taubman begins by examining Gorbachev's peasant childhood in southern Russia for clues to the man he would become. He includes a photo of Gorbachev's father, Sergei, in his Red Army uniform, and unlike a typically grim Soviet portrait, Sergei is smiling and his face radiates kindness. The father's character, Taubman writes, passed to the son.

Taubman makes a convincing case that Gorbachev's profound "decency" — the word appears throughout the book — is fundamental to understanding him.

Taubman traces Gorbachev's devotion to socialism and its vision of economic equality to his maternal grandfather Pantelei Gopkalo, who managed the village's collective farm. He credits World War II — which Gorbachev was too young to fight in but old enough to remember — for his life-long aversion to the use of force. And Gorbachev's unflagging optimism, Taubman suggests, is a result of the steady post-war improvement in the Soviet Union's standard of living.

All together, it's a vivid story of a preternaturally confident young man whose personal and academic gifts carried him from his impoverished village to Moscow State University. Taubman writes about Gorbachev's courtship of his beloved wife Raisa with unexpectedly intimate details; about Gorbachev's early career in the Communist Party; his promotion to Moscow in 1978 and election as general secretary seven years later.

And as Gorbachev takes to the world stage, the book takes off.

Taubman brings us inside meetings of the Politburo as Gorbachev pushes for democratic reform, using the near-absolute power of his office and unrivaled skills of persuasion. We hear from Gorbachev's foes as well as his allies (and some of his colleagues were both).

Remembering Moscow's U.N. Ambassador, The Russian In My Rolodex

Gorbachev's success at moving the Soviet Union to a more democratic path — without knowing where that path would end — is well known. So is his failure to improve the economy, which probably more than anything doomed his efforts at reform. But Taubman adds texture: the Gorbachevs' private life, and how they were viewed by their closest associates. One example of many, an excerpt from the diary of long-time aide Anatoly Chernyaev shortly before the August 1991 coup: "He has exhausted himself intellectually as a politician. He is tired. Time has passed him by — his own time, created by him."

The hardliners' coup of August 1991 was an attempt to remove Gorbachev from office and restore the Communist Party to its powerful role. It achieved neither. Taubman's account is a riveting page-turner which maintains its power through to Gorbachev's resignation at the end of the year. Again, his deft insertion of detail: As Gorbachev prepares to leave his office for the last time, his press spokesman Andrei Grachev "showed him the front page of a Moscow newspaper with a headline from Pushkin: 'No, I shall not die completely.' Smiling, Gorbachev completed the stanza: 'My soul, my lyre, will survive me and escape corruption.'"

... though Taubman is an accomplished scholar, his book is anything but a solemn academic tome. It's gripping.

It's a big book and the subject is Russia, enough to intimidate many readers. Taubman understands this. One of his gifts is an 11-page "Cast of Characters," listing all those inscrutable Russian names with a brief explanation of who is who. And though Taubman is an accomplished scholar, his book is anything but a solemn academic tome. It's gripping.

But there are a handful of perplexing errors in the text: Taubman writes that the U.S. was purchasing arms from Iran during the Iran-Contra scandal; it was the reverse. And Yasser Arafat did not attend the 1991 Madrid Mideast peace summit. But these mistakes are minor, and have nothing to do with Taubman's main narrative.

In Russia, Gorbachev is widely loathed for his role in the collapse of the Soviet Union and the chaos that followed. And now, even the great reformer himself has come to support Russian President Vladimir Putin's return to autocratic government.

Gorbachev still believes democracy will ultimately come to Russia, but his people for now do not embrace his vision. And Russians likely would not agree with Taubman's sympathetic portrait.

Let them write their own book.