Accessibility links
Emperor X: 'We Are Much More Than The Sum Of The Diseases And Disabilities We Carry' Chad Matheny worked on his newest album in Berlin while recovering from surgery and undergoing chemotherapy for testicular cancer. His story sheds light on the healthcare difficulties musicians face. 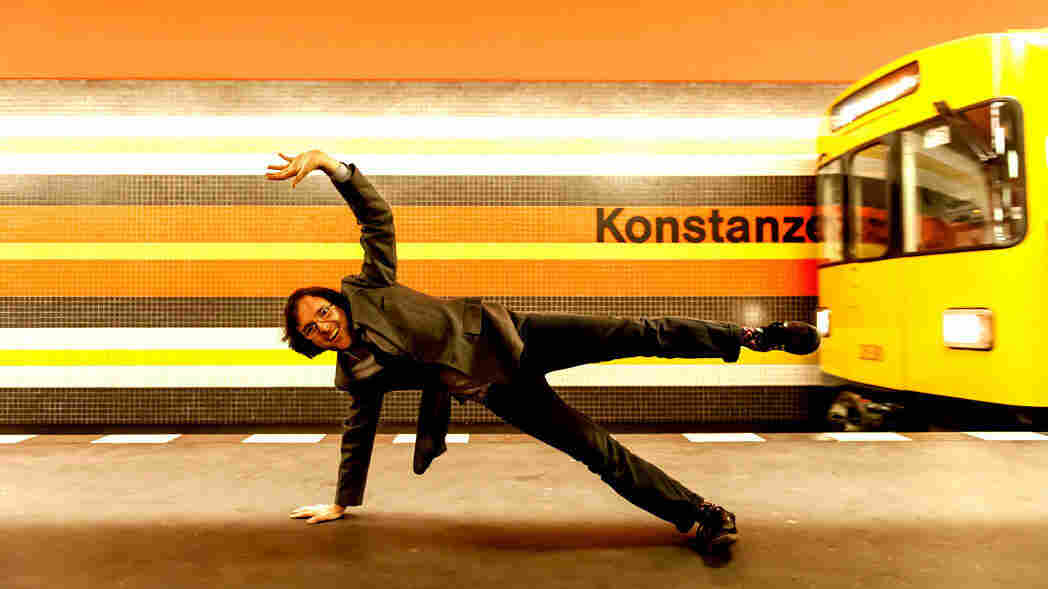 Chad Matheny performs as Emperor X. His newest album, Oversleepers International, references his battle with cancer — despite his desire not to make a "cancer album." Kate Seabrook/Courtesy of the artist hide caption 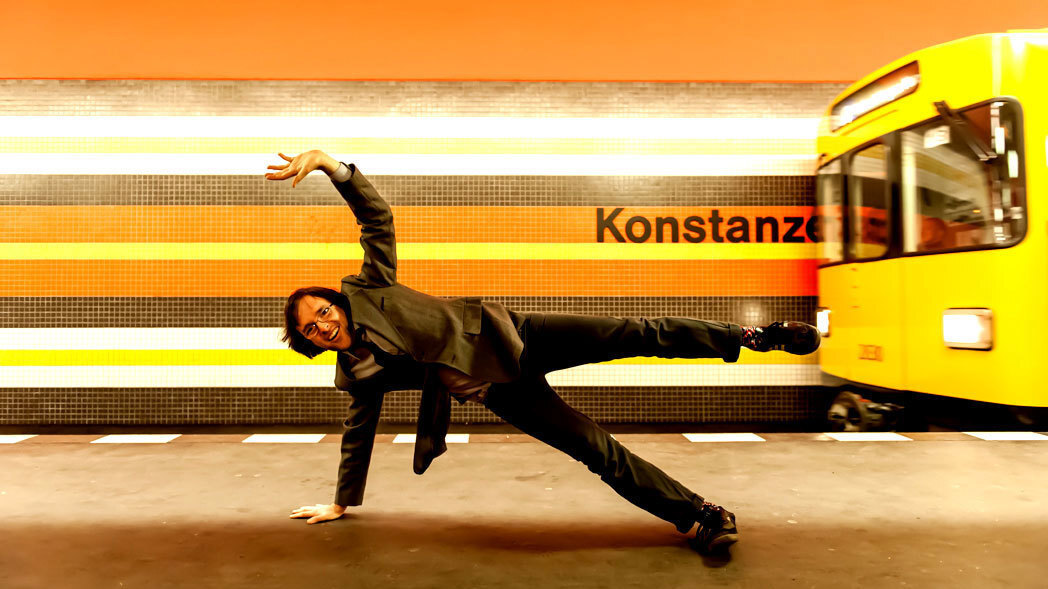 Chad Matheny performs as Emperor X. His newest album, Oversleepers International, references his battle with cancer — despite his desire not to make a "cancer album."

Kate Seabrook/Courtesy of the artist

If you're looking for Chad Matheny — the Floridian singer-songwriter who performs as Emperor X — when he rolls through your town, a good place to start would be your local public transit hub.

In June, for example, Matheny found himself at the Amtrak station in Emeryville, California, just next to Oakland. His whistle-stop visit to the Bay Area was one leg of a tour across North America, playing music from his latest record, Oversleepers International, released this past May.

Matheny has long had an innovative approach to writing and releasing music — back in 2010, for instance, he hid cassette tapes of his music around the country and posted clues about where to find them on the Internet. Since then, he has released four more albums, had a song appear in the soundtrack of a major motion picture and toured the world.

But in 2014, Matheny was diagnosed with an advanced case of testicular cancer. He wrote and recorded Oversleepers International while in recovery from an invasive surgery and throughout six months of chemotherapy.

In "€30,000," a song from that album, Matheny sings about the aftermath of his illness: "I owe 30,000 euros to the German corporation / That just cured me of a terminal cancer / Now I've got 87 notices reminding me / They can't care at all if my ending came too soon."

But, he says, he didn't necessarily intend to write so bluntly about being sick.

"I didn't want it to be the cancer record," Matheny says, "The cancer thing didn't seem much of a big deal, because I've always been trying to accomplish something that the universe says I shouldn't do."

Matheny is referring to the fact that he's legally blind. He was born with a condition that prevents the lenses and muscles in his eyes from working as well as they should. Then, in 1994, when he was 15, he was involved in a car accident. "The airbag blew up in my face, and caused internal bleeding in my right eye," Matheny says.

Ever since, Matheny has had low vision in one eye, and the other is nearly useless. That means he can't drive a car; so, for the past 15 years, he has been touring the world using public transportation. In the United States, that mostly means riding Greyhound buses.

"I could rank the Greyhound stations of America in order of nicest — Milwaukee — to scariest — Dallas — and everything in between," he says.

Matheny estimates that he crisscrossed the country by bus more than 20 times in the span of five years. And in 2012, he left the U.S. for Berlin. In Europe, Matheny found that trains made his life as a touring musician with low vision remarkably easier.

But just as his career was starting to look up, he got his cancer diagnosis. Fortunately, even as an uninsured person in Germany, Matheny was able to get treatment right away. He's now in remission.

When he started to deal with the hospital bills, Matheny thought a lot about what his life would have been like had he gotten cancer in the U.S. He even crunched the numbers.

Like many musicians, Matheny went years with minimal health insurance, or none at all. In Germany, with no insurance, he wound up in debt of about €30,000 — roughly $35,000. That's what Matheny calculated he would have owed in the U.S. if he did have insurance.

In a 2013 study, the Future of Music Coalition, a nonprofit that advocates for musicians, found that more than half of the musicians it surveyed did not have any health insurance. That was nearly triple the national average at that time.

"We found that the more time that people spent on their artistic careers, the less likely they were to have insurance," says Kevin Erickson, the Coalition's National Organizing Director.

The study was conducted before the rollout of the Affordable Care Act. Erickson does say that things seem to have gotten much better since then — though not for everyone.

About 20 people crowd into a living room to see Matheny play a house show in San Francisco. He'll make about $60 for his set tonight, enough to get him on a train down to Santa Cruz, where he'll play another show in another living room. It's nowhere close to what he'd need for a round of chemotherapy in an American hospital if his cancer were to return.

"It would be self-destructive to come back [to America] just, just for the insurance reason, let alone the transportation reason," Matheny says.

Being a member of the middle class and travelling as a musician in Europe changed the way Matheny looks at touring — and the United States.

"[In Europe] I felt like an organ of society, instead of a flea on the skin of a cybernetic creature," he says. "I feel like the machine of the United States of America is allergic to me."

And so, after those tour dates in California, Matheny is back in Europe, touring in support of Oversleepers International.

"We are much more than the sum of the diseases and disabilities that we carry with us," Matheny says. "I like to think that this record reflects that very universal human fact."