Accessibility links
The Primitive Rock Devotion Of The Cramps' 'Songs The Lord Taught Us' The band reignited the sound of early rock 'n' roll on its debut album, and its influence can be heard today across a wide swath of genres — anywhere that danger and sex are cause for celebration.

Shocking Omissions: The Raw Rock Devotion Of The Cramps' 'Songs The Lord Taught Us'

Shocking Omissions: The Raw Rock Devotion Of The Cramps' 'Songs The Lord Taught Us' 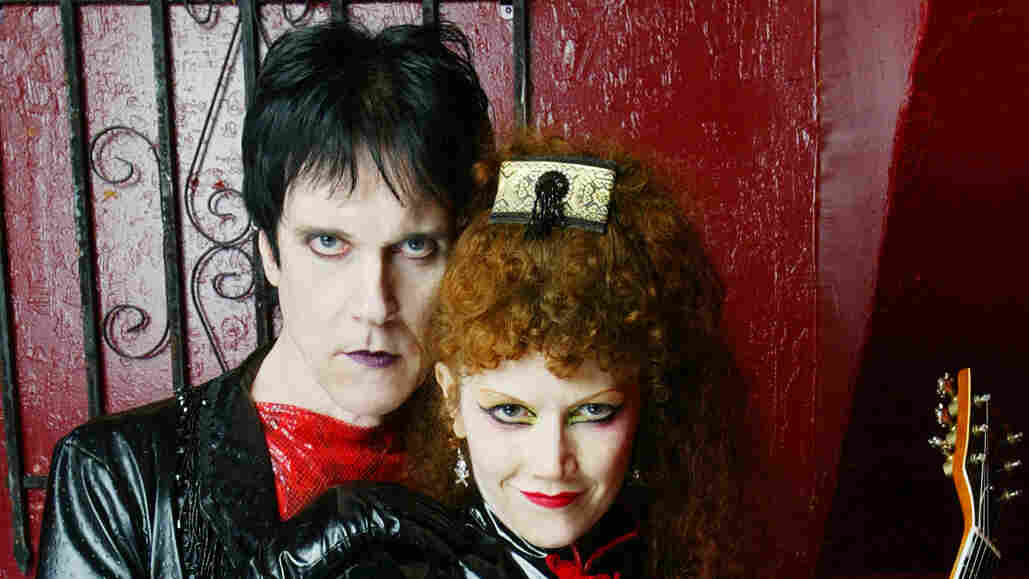 Lux Interior and Poison Ivy, founding members of The Cramps, whose music reignited the sound of 1950s and early 1960s rock 'n' roll. Steve Jennings/Courtesy of the artist hide caption 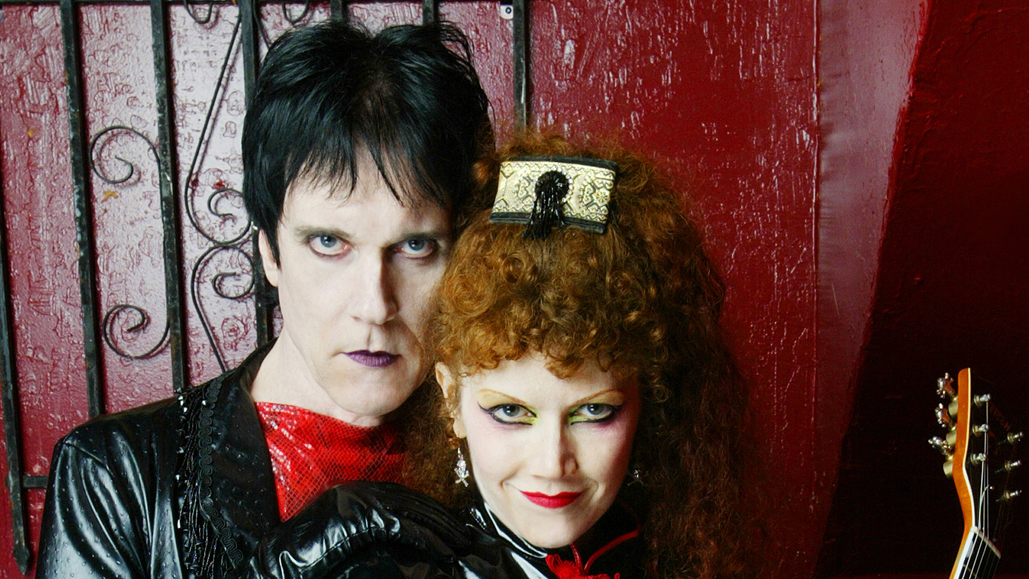 Lux Interior and Poison Ivy, founding members of The Cramps, whose music reignited the sound of 1950s and early 1960s rock 'n' roll.

Steve Jennings/Courtesy of the artist

Despite the pioneering work of women guitarists such as Beverly "Guitar" Watkins and Sister Rosetta Tharpe, 1950s and early 1960s rock 'n' roll has been largely associated with men. Though they fell below the radar during the British Invasion and the psychedelic "flower child" period that followed, the wild sounds that once scared millions of parents and was dubbed "the devil's music" by many a preacher were resurrected like Frankenstein's monster in the 1970s. The mad scientists behind it were a guitarist by the name of Poison Ivy Rorschach and the band she co-founded and led with her husband, vocalist Lux Interior, called The Cramps.

Born Kristy Marlana Wallace, Ivy developed a passion for music — especially early rock 'n' roll, R&B, country and blues; a defiant, "bad girl" aesthetic; and a natural, total aversion to conformity while growing up in California. Fate took a turn one day when she was hitchhiking during her freshman year at Sacramento State University. Erick Lee Purkhiser (now better known as Lux) and a friend stopped to give her a ride. The two like-minded spirits bonded over shared interests in music and pop culture, fell in love and began to cultivate the seeds of The Cramps. As partners in crime, they delved even further into rock 'n' roll, developing a major record-collecting habit — their passion for obscure singles even drove them to trek to Sun Records' Memphis warehouse, where they bought them by the boxload. After a stint living in Lux's hometown of Akron, Ohio, the two landed in New York in 1975 and put their musical plan into action. They cycled through a couple of formations with drummers Pam Ballam (Pam Beckerleg) and Miriam Linna (who would go on to co-found Norton Records) before settling as a four-piece: Ivy, Lux, and fellow Midwest transplants, guitarist Bryan Gregory (Pam's brother, Greg Beckerleg) and drummer Nick Knox.

First at Max's Kansas City, and then at CBGB, The Cramps began casting its spell of primitive rock 'n' roll, horror movies, psychedelic weirdness and raw sexuality on New York's burgeoning punk scene. Musically speaking, the band was unlike any of its peers, but its fiery, ass-shaking shows quickly made The Cramps one of the most revered live bands of the day. Dressed in sequins and leopard print, Ivy laid down guitar licks and stomping rhythms with an unflappable cool while Lux twisted and slithered around the stage (and often, the speakers), and Bryan basked in his own brand of fuzzed-out freakiness. The effect was transfixing, a little uncomfortable and wholly unique. Henry Rollins, explaining the power of The Cramps' early shows during a spoken word set, said, "Unsurprisingly, they are not in the Rock And Roll Hall of Fame. They should have been the second or third band in...They were like superstars and movie monsters to us."

After releasing two singles in 1978 (later compiled on the band's Gravest Hits EP), The Cramps headed to Memphis to record its debut album with Alex Chilton at ground zero of many of the band's own favorite recordings: Sam C. Phillips Recording Studio, better known as Phillips Recording. Released in 1980 on IRS Records, Songs the Lord Taught Us contained a mix of originals and covers chosen from the band's live set — though since The Cramps often paid homage to classics with a riff here or a lyric there, the lines between them were often blurred. Boiling over with swagger and sweat, "TV Set" and "Garbageman" were instant punk classics; covers of the Sonics' "Strychnine" and '50s standard "Fever" (written by Eddie Cooley and Otis Blackwell) were both true to the originals' spirits, but the album's stark production and Lux's impassioned, unhinged vocal delivery gave them a more maniacal edge.

Although Ivy later stated she didn't feel the production on Songs the Lord Taught Us completely reflected the band's "toughness," it's hard to come up any record that packs more '50s / '60s flavor with an overarching sense of madness 35-plus years later. By the time the album was released, rockabilly revival was in full swing, with the emergence of artists such as Robert Gordon and The Stray Cats (even Queen got into the action with "Crazy Little Thing Called Love"), but The Cramps were no revivalists. While the band's sense of humor and irreverence is everywhere on Songs the Lord Taught Us, including "I Was a Teenage Werewolf" and "Zombie Dance," The Cramps were totally serious when it came to its craft.

Through the next several decades, up until Lux Interior's heartbreaking, sudden passing in 2009, the couple remained ferociously dedicated to its mission of carrying the torch of original rock 'n' roll — in all its grit, sex, and glory — to the present. In the process, Lux and Ivy changed the scope of rock music, although they are often shockingly overlooked, or misinterpreted as shtick or a novelty act. Though The Cramps is often credited for inspiring generations of punk, rockabilly and psychobilly bands, its influence can be found across a wide swath of genres from neo-garage and surf to hard rock and metal — anywhere that danger and sex are cause for celebration. (Bands as diverse as Nouvelle Vague, Spoon and Queens of the Stone Age have all covered The Cramps' songs.) It's also fair to say that Ivy is responsible for introducing generations of listeners to the sound of rock 'n' roll guitar in the vein of Link Wray, Duane Eddy and many among the Nuggets set. With the The Cramps' debut album, Songs the Lord Taught Us, she cast the first stone.

A previous version of this story mistakenly referred to The Cramps' song as "Garageman." The correct title is "Garbageman." Additionally, the story mistakenly said the band recorded Songs The Lord Taught Us at Sun Studios. The band actually recorded the album at Sam C. Phillips Recording Studio.