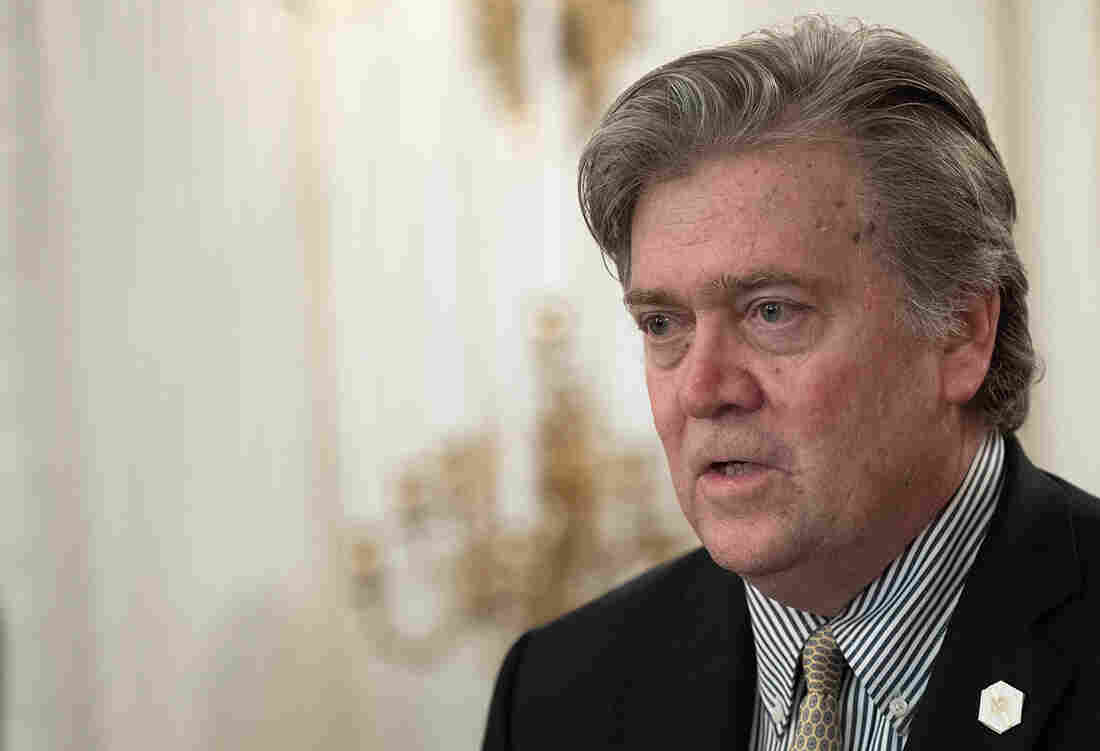 Steve Bannon, former White House chief strategist, is seen in the State Dining Room of the White House in February. In an interview with CBS's 60 Minutes on Sunday, Bannon said, "Economic nationalism is what this country was built on." Win McNamee/Getty Images hide caption 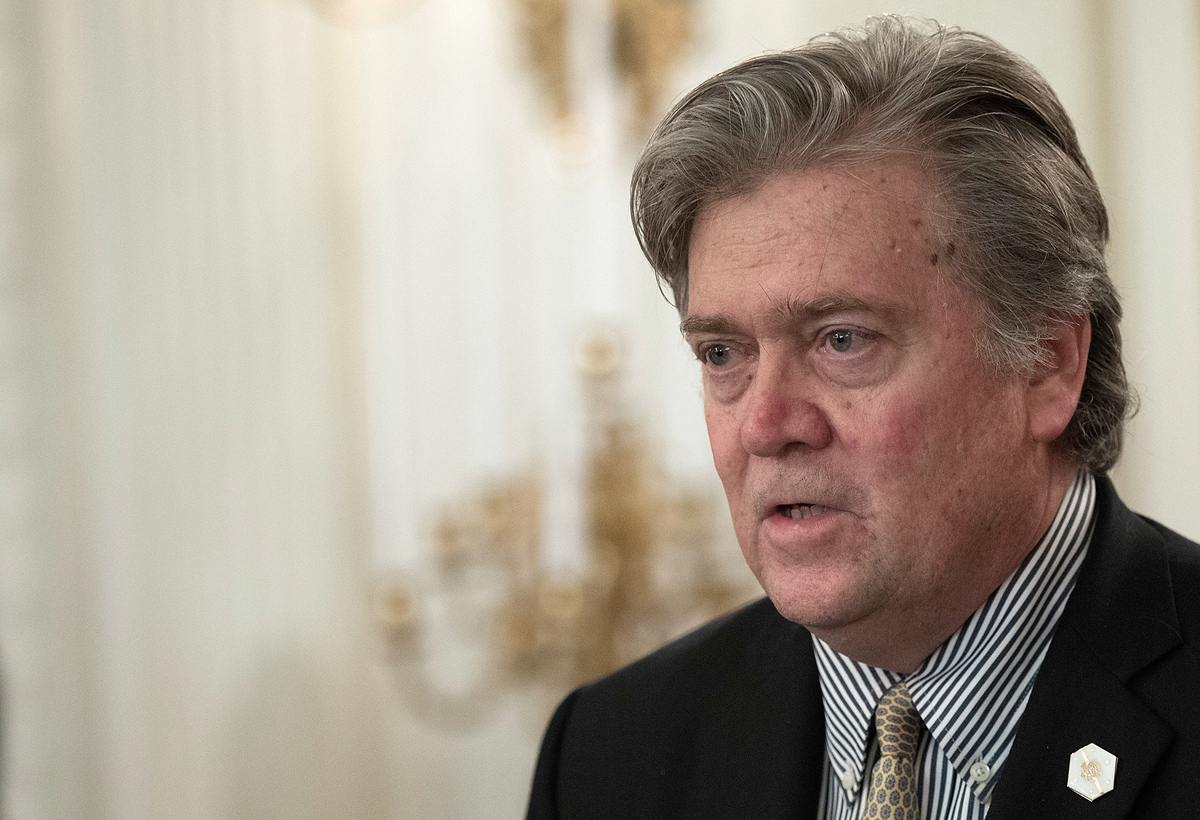 Steve Bannon, former White House chief strategist, is seen in the State Dining Room of the White House in February. In an interview with CBS's 60 Minutes on Sunday, Bannon said, "Economic nationalism is what this country was built on."

"You couldn't be more dead wrong. America was built on her citizens. ... Look at the 19th century. What built America's called the American system, from Hamilton to Polk to Henry Clay to Lincoln to the Roosevelts. [It was] a system of protection of our manufacturing, financial system that lends to manufacturers, OK, and the control of our borders. Economic nationalism is what this country was built on. The American system." – Steve Bannon

President Trump's former strategic adviser offered this riff about American history on CBS's 60 Minutes. He was responding to interviewer Charlie Rose, who said that "people have been able to come here, find a place, contribute to the economy. That's what immigration has been in America." Bannon said he was "dead wrong."

So let's explore: Does the history Bannon cited support his case? 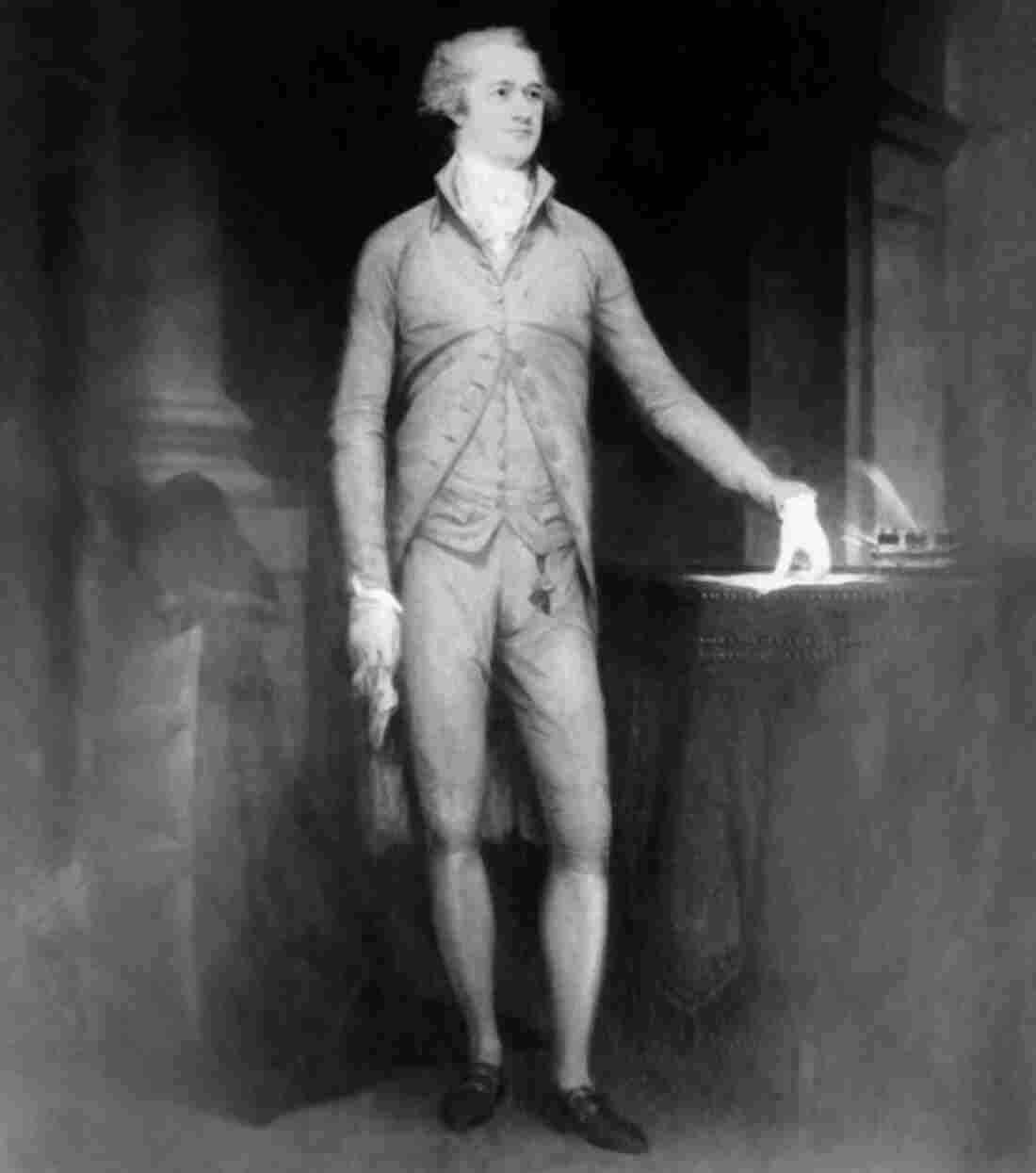 Alexander Hamilton, first secretary of the treasury, from a portrait painted by John Trumbull in 1792. AP hide caption 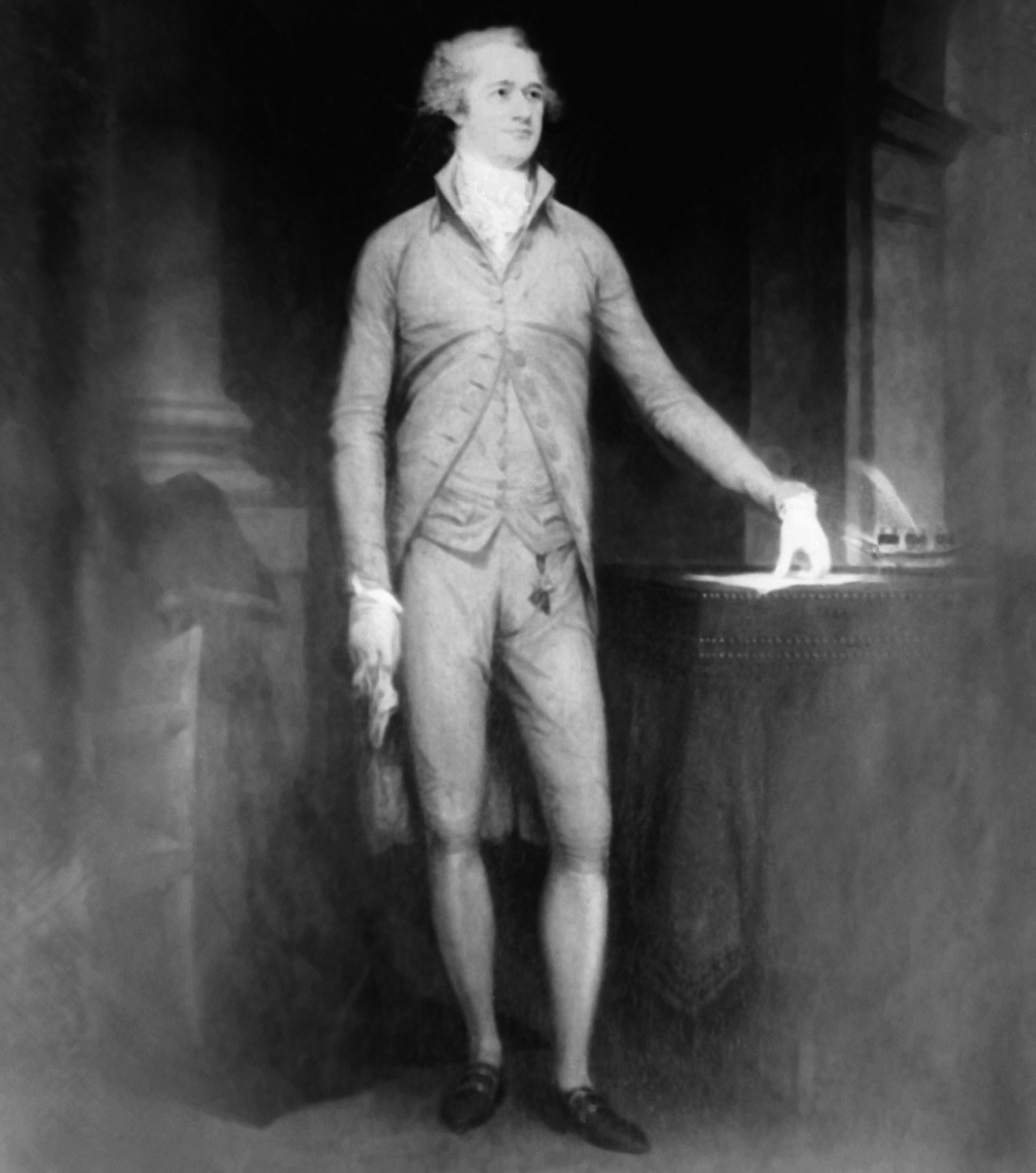 Alexander Hamilton, first secretary of the treasury, from a portrait painted by John Trumbull in 1792.

First: Alexander Hamilton was an immigrant. He was born in the West Indies. In the 18th century he fought for his adopted country in war (as immigrants often have) and then, as treasury secretary, he contributed immensely to his adopted country's economy (as immigrants often have). He argued for the government to pay Revolutionary War debts, dreamed up a sophisticated financial system, and ended up on the $10 bill. Even in the 21st century, he continues to generate economic activity as the subject of a Broadway musical.

Bannon is close enough in calling Hamilton a citizen, since he was present at the founding of the country — although all Founding Fathers were immigrants or the descendants of immigrants, who arrived in the territory of native nations. This illustrates the essential problem in claiming the country was built by citizens and not immigrants: Immigrants often contributed and also became citizens.

It's meaningful that Bannon cites Abraham Lincoln, too, in his argument about immigrants. In 1862, Lincoln signed legislation supporting construction of a transcontinental railroad, which began a few years later. It was difficult to find laborers willing to work in harsh conditions, so railroad executives hired immigrants. Chinese workers were among those who laid tracks over the mountains from the west, until they met crews of Irish laborers coming from the east. Their meeting in Utah was an iconic American moment.

Immigrants contributed more than brawn. During the Civil War, Confederate rebels launched the Virginia, a seemingly invulnerable ironclad warship. President Lincoln's government responded with its own ironclad, called the Monitor, so innovative that it became the ancestor of all modern warships. It was designed by a brilliant engineer named John Ericsson, a Swedish immigrant.

As a politician, Lincoln was forced to address resistance to immigration. A powerful anti-immigrant movement rose up in the 1840s and '50s against Irish Catholics. The Know-Nothings, as they were called, won many elections, but Lincoln declined to join them. "I am not a Know-Nothing," Lincoln wrote. "That is certain. How can any one who abhors the oppression of negroes, be in favor of degrading classes of white people? Our progress in degeneracy appears to me to be pretty rapid."

Bannon also asserts that 19th century Americans focused on "the control of our borders." That is the opposite of the case. Americans were repeatedly moving beyond their borders. American settlers captured much of Tennessee from American Indians; they took parts of Florida from Spain; and in the most audacious move of all, sheared off Texas from Mexico. In each case some of the Americans involved could have been labeled "illegal immigrants." One of the presidents Bannon referenced, James K. Polk, confirmed the annexation of Texas by going to war against Mexico. Some Mexicans perforce became Americans, because the borders had moved past them.

Bannon also cites specific 19th century economic policies. He is correct that there really was an "American System." Sen. Henry Clay of Kentucky made that his brand name for a basket of programs. Clay supported tariffs on imports to protect American industry. He supported internal improvements, such as roads and canals. And he supported the creation of a national bank (an idea borrowed from the immigrant Hamilton).

Clay's system was immensely appealing to many Americans — Lincoln among them. It set the terms of national debate for decades. But tariffs that Clay supported also caused intense political conflict, and were denounced as special interest deals for manufacturers. When South Carolina first defied federal authority around 1830, decades before the Civil War, the dispute was not over slavery but a tariff. Then as now, there were arguments for and against any given tariff. The arguments against them are ones Bannon has employed in other contexts. A protective tariff empowers the government to interfere in the economy, and demands supreme wisdom by government officials to avoid unforeseen consequences. Tariffs may become tools of what Bannon has described as "the administrative state," which he proposed to "deconstruct" when in the White House.

The "administrative state" argument was also used against Clay's Bank of the United States — it was described as a corrupt and unconstitutional exercise of government power. Who made this case? Andrew Jackson, a president Bannon reveres and compares to Donald Trump. Jackson also famously vetoed Clay-supported road building. The fight between Jackson and Clay was part of an eternal American debate over the scope of government. In his use of history, Bannon has favored both sides of this argument.

The 19th century was a time of tremendous growth and ferment in the United States, when Americans were wrestling with some of the same questions we face now: Who are we? What does our country stand for? And who counts as an American?

Bannon is correct to find this history relevant, though perhaps not the way he intends. He's right that Americans built a powerful country in the 19th century. But that country was diverse, fed off immigration, was constantly changing, and was not really walled off from the world. Any suggestion otherwise is factually wrong.

Steve Inskeep is co-host of NPR's Morning Edition and is writing a book on America's 19th century westward expansion.